A Battle for the Bench

Who is the toughest judge in all of Wisconsin?

In a recent debate between candidates for the Wisconsin state supreme court, incumbent Justice Ann Walsh Bradley used her moment at the podium to linger over the details of a single gruesome child abuse case from 2014.

Moderators cut her off before she could list any other horrific crimes her opponent, Rock County Circuit Court Judge James Daley, had failed to punish sufficiently. Earlier in the debate, Daley had taken his turn at the soft-on-crime accusations, calling Justice Bradley “a friend of criminals” and listing multiple decisions that he said “excused criminal behavior, especially toward children.” 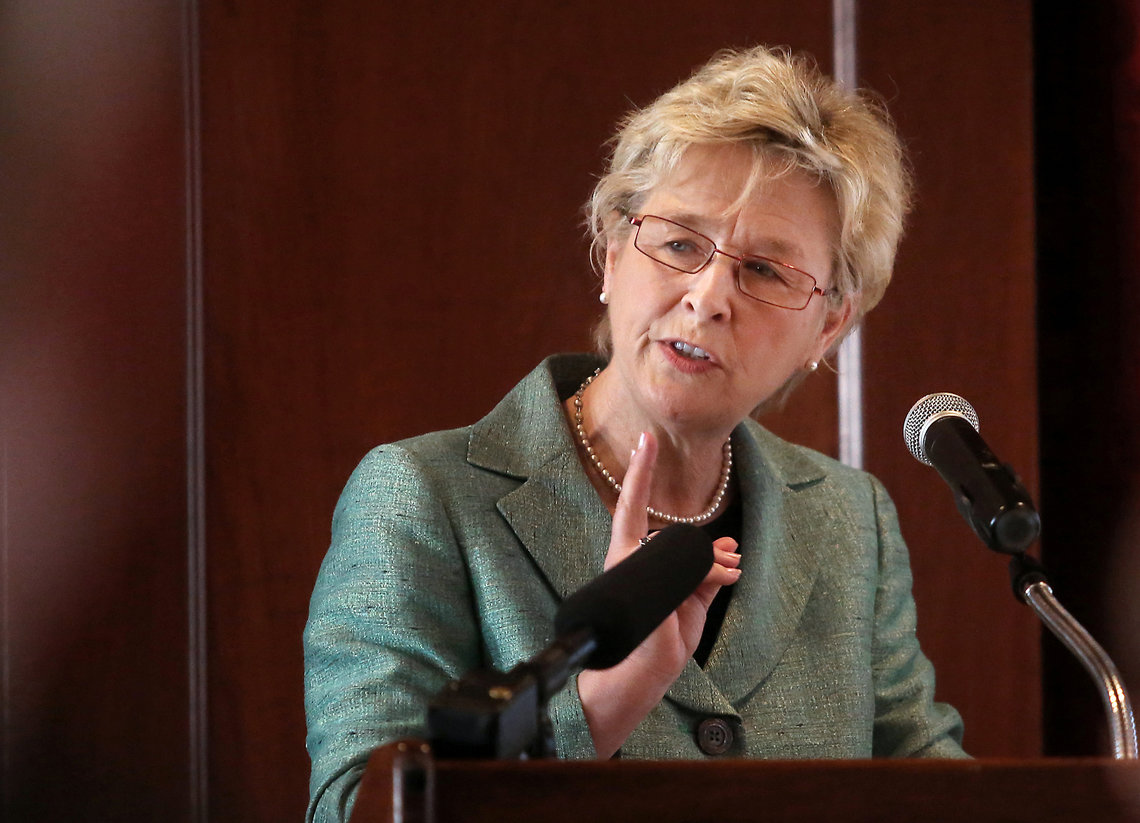 On Tuesday, Wisconsin voters will decide whether to retain Justice Bradley, one of three perceived liberals on the seven-person bench, or replace her with the more conservative Judge Daley.

The race has not been as expensive as many predicted with more than $612,000 spent on TV ads, according to research by the election watchdog group Justice At Stake and the Brennan Center for Justice at New York University Law School.

But that has not meant a shortage of the “soft-on-crime” campaigning now typical in state supreme court elections, even as politicians from both parties have begun to call for less draconian sentencing and other criminal justice reforms. Recent research suggests such advertisements not only influence the outcome of judicial races but may make future justices marginally less likely to rule in favor of a defendant in controversial cases.

In Wisconsin as in other states, the soft-on-crime attacks come from both liberals and conservatives.

An ad by Justice Bradley’s campaign details the same child abuse case she delved into during the debate. In response, Judge Daley issued a release saying that the decision was “executed with a number of challenging considerations” and that “no candidate, in particular a member of our highest court, should use a victim for political gain.” Justice Bradley did not respond to a request for comment.

Daley’s own campaign has run a series of radio ads criticizing Justice Bradley for trying “to put a violent criminal back on our streets” and “gutting the laws for sentencing criminals” by overturning convictions. The campaign also compiled a list of child sex abuse cases in which Bradley ruled, claiming they show “a record of lenient sentences for sexual offenders.”

In another press release, Daley defines what he thinks it means to be “soft on crime”: “The state’s criminal defense bar and trial lawyers...support [Justice Bradley] for a reason and want her back for another ten years. They certainly don’t support me. That’s soft on crime.” Judge Daley declined a request for comment. 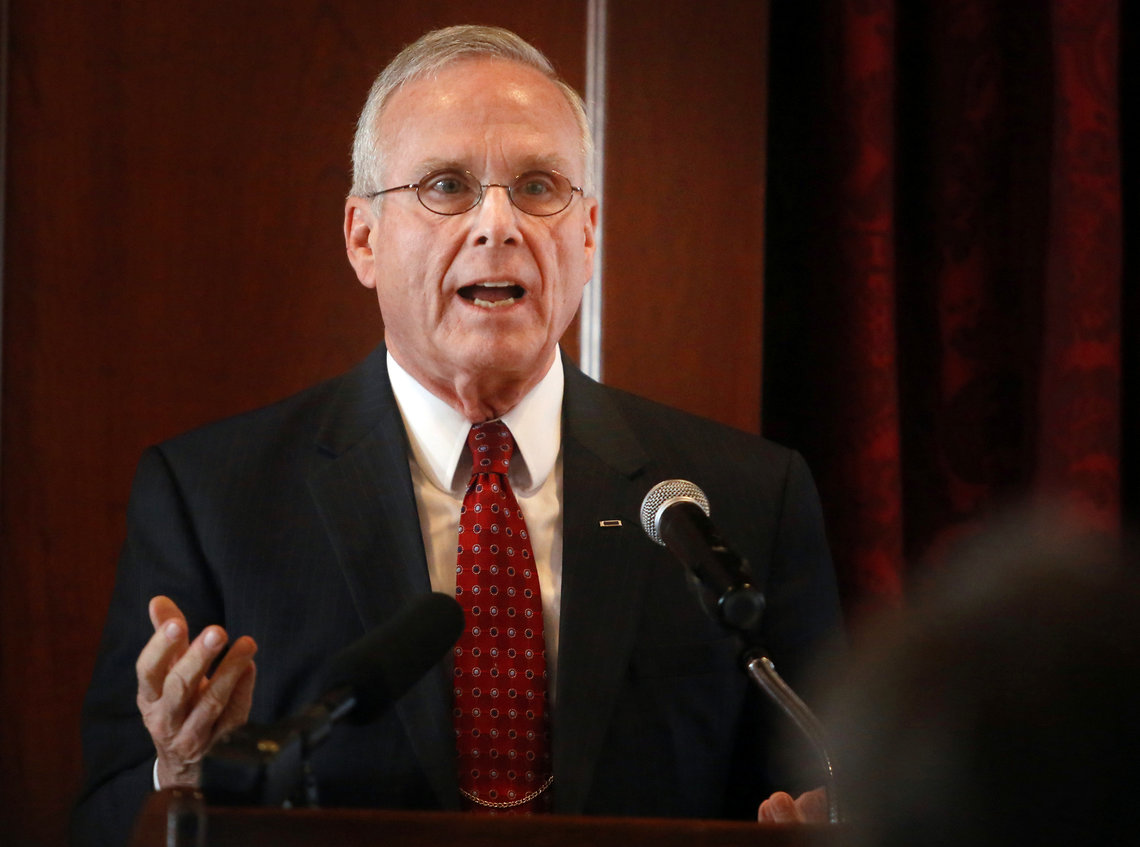 Public defender John Tradewell, president of the Wisconsin Association of Criminal Defense Lawyers, says despite all that, the rhetoric of this election has actually been “less strident” than in previous years. In 2008, Wisconsin’s first black supreme court justice Louis Butler lost his seat after an ad ran criticizing him for a client he represented as a public defender. Justice Michael Gableman, whose campaign team produced the ad, was later asked to recuse himself from criminal cases by defense attorneys who claimed his campaign was overtly pro-prosecutor. (The requests were denied.)

Tradewell worries what message such elections send to voters. “Nobody in a judicial race ever lines up as a friend of criminal defense,” he said. “It panders to people that are concerned about crime saying, ‘You have to get to the phones and vote for me because my opponent’s going to let criminals loose in your backyard’... If it gets to the point that only prosecutors are qualified to be judges, it skews the whole system.”

In contrast to previous elections, outside spenders have largely stayed out of this year’s race. The liberal Greater Wisconsin Committee produced the only “issue ad” so far, highlighting the same 2014 decision by Daley. “Tell Judge James Daley,” a woman’s voice implores, “to protect victims, not child abusers.”

Mike Buelow, research director for a local election watchdog, the Wisconsin Democracy Campaign, says outside spenders often make their ads “as creepy as possible.” He points out that while most of their message is crime, the motive is often business or legislation-related. “If you look at their lobbying record, there’s nary a position on criminal justice that has come up in previous years,” he said.

The Greater Wisconsin Committee, which spent $101,957 on airtime for the ad, is a liberal “social welfare” nonprofit that can not directly promote a candidate for office and must leave out the “vote for” language at the end of an ad. The group has put most of its money and political capital recently toward the unsuccessful recall of Republican Governor Scott Walker. The group did not respond to a request for comment.

Business groups like the Issues Mobilization Council of Wisconsin Manufacturers & Commerce, typically a key player in state judicial elections, haven’t purchased ads in this campaign cycle. Instead, they have spent money backing a ballot initiative that would change the way Wisconsin chooses its chief justice. If the measure passes, justices would vote to pick their chief instead of the current practice of giving it to the most senior member. The likely result is that the current liberal-leaning chief justice would be replaced by a more conservative judge.

There is less at stake for political groups in the supreme court race, where the overall balance of the court will stay the same regardless of who wins.

The involvement of business groups in past elections is currently a source of controversy at the court. A special prosecutor is investigating accusations that Walker’s staff illegally influenced campaign spending by ostensibly independent groups like the Mobilization Council, and the justices will soon decide whether the probe can continue. But some of the justices also benefited in earlier elections from campaign ads bought by these groups. Prosecutors have asked at least one of the justices to step aside from the case.

The business groups maintain that they never backed specific candidates for the court but were simply educating voters. Many of their ads featured the familiar focus on violent crime, and criticized a judge for being “weak on criminals.”