Representing an avowed racist, a champion of racial justice.

Officials in Washington and South Carolina are still figuring out who will try Dylann Roof first for the Charleston church shooting on June 17. Local prosecutors quickly brought capital murder charges against the self-proclaimed white supremacist, and the Justice Department announced last week that it would bring a broad capital case against Roof centered around the Matthew Shepard and James Byrd, Jr. Hate Crimes Prevention Act, the federal hate crime law.

The South Carolina case likely will go to trial first — the feds typically defer to local prosecutors except when terror-related charges are involved (and, pointedly, none were brought against Roof). But with this case, the federal trial judge and the first-chair federal defense attorney have already been determined. David Bruck, a 66-year-old, Canadian-born capital expert, who graduated from the University of South Carolina law school, will return to the Palmetto State to tackle yet another challenging assignment representing a high-profile defendant. 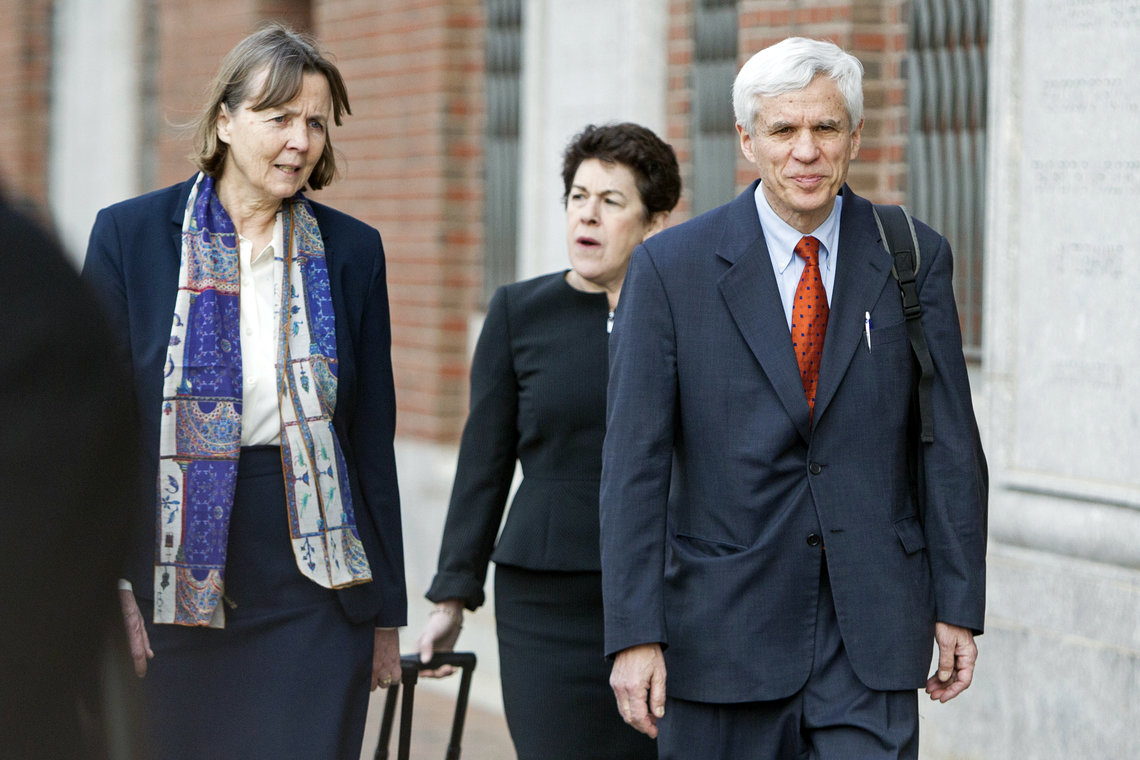 There are many reasons why Bruck’s appointment as defense counsel for Roof is a sensible one. Few attorneys in America today have as much experience with capital cases as he does (he just finished helping his old friend Judith Clarke represent Dzhokhar Tsarnaev in the Boston Marathon bombing trial). Nor have any capital attorneys of his caliber practiced as often or for so long in South Carolina. He knows the state’s tortuous capital history cold, and it is no small irony that a man who has dedicated so much of his professional life to highlighting racial injustice against blacks would find himself representing an avowed racist who allegedly killed people because of the color of their skin.

Bruck isn’t much for talking with journalists about pending cases, but he has left a long written record that sheds light on where he stands on some of the issues that will animate the coming trials against Roof. In law review articles, speeches, and symposiums, but also in publications like The Washington Post and The New Republic, Bruck has for more than 30 years been an outspoken critic of the death penalty and what he sees as its racially disparate application, especially in the very jurisdiction where Roof will stand trial. Here is a sampling of three of his most relevant works during this period.

On the death penalty, in South Carolina, The New Republic, 1985

Here Bruck wrote a response to then-New York City mayor Ed Koch, an ardent supporter of capital punishment. Koch had said that the death penalty “affirms life,” because by failing to execute murderers, we “signal a lessened regard for the value of the victim’s life.” Bruck responded:

And that is why the mayor is dead wrong when he confuses such fury with justice. He suggests that we trivialize murder unless we kill murderers. By that logic, we also trivialize rape unless we sodomize rapists… Justice does demand that murders be punished. And common sense demands that society be protected from them. But neither justice nor self-preservation demands that we kill men whom we have already imprisoned.

In responding to Koch, Bruck relied on his experience representing capital defendants in South Carolina. At the time, the death penalty had just begun to gear up again following a four-year Supreme Court-imposed hiatus from 1972-1976:

South Carolina resumed executing prisoners in January with the electrocution of Joseph Carl Shaw. Shaw was condemned to death for helping to murder two teenagers while he was serving as a military policeman at Fort Jackson, South Carolina. His crime, propelled by mental illness and PCP, was one of terrible brutality. It is Shaw’s last words (“Killing was wrong when I did it. It is wrong when you do it…”) that so outraged Mayor Koch: he finds it “a curiosity of modern life that we are being lectured on morality by cold-blooded killers.” And so it is.

But it was not “modern life” that brought this curiosity into being. It was capital punishment. The electric chair was J.C. Shaw’s platform. (The mayor mistakenly writes that Shaw’s statement came in the form of a plea to the governor for clemency: actually Shaw made it only seconds before his death, as he waited, shaved, and strapped into the chair, for the switch to be thrown.) It was the chair that provided Shaw with celebrity and an opportunity to lecture us on right and wrong.

What made this weird moral reversal even worse is that J.C. Shaw faced his own death with undeniable dignity and courage. And while Shaw died, the TV crews recorded another “curiosity” of the death penalty – the crowd gathered outside the death-house to cheer on the executioner. Whoops of elation greeted the announcement of Shaw’s death. Waiting at the penitentiary gates for the appearance of the hearse bearing Shaw’s remains, one demonstrator started yelling, “Where’s the beef?”

On race, the jury, and the death penalty, The Washington Post, October 1986

Both the state and federal trials of Dylann Roof will focus on the issue of race, only not in the way the topic usually comes up in capital cases in South Carolina. Surely no one will reasonably fear that Roof cannot get a fair trial because he is a white man accused of killing blacks. Indeed, it is far rarer for a white man to be sentenced to death for killing a black person than it is for a black man to be sentenced to death for killing a white person. It is this racial disparity, more than the racial animus that may have caused it, that Bruck highlighted in 1986, one year before the United States Supreme Court, in McCleskey v. Kemp, rejected a race-based challenge to Georgia’s death penalty regime. Here is what he wrote then about a condemned black defendant named Albert Thompson:

Did Thompson's jury consider race in sentencing him? Probably not. But we all empathize most easily with people like ourselves, and as the jurors looked out over the courtroom, it was the victim's family, not Thompson's, who looked like them.

Moreover, Thompson's jury didn't know about all of the scores of other robbery-murders that had ended in prison sentences. The jurors knew only about this one. They knew that Thompson had shot a man to steal his money, and that seemed enough for them.

That was the process by which Albert Thompson found himself on death row. At each twist and turn race might well have made the difference, not openly, or even as a result of conscious choices: Race plays its part more quietly than that.

If Thompson had been white, or if his victim had been black, maybe the victim's family would have been less intent on a death sentence. Then the prosecutor would have had a freer hand to send Thompson to prison rather than to death row. Or maybe, just for a moment, the jury would have put themselves in Thompson's shoes or in his family's, and shown mercy in sentencing him. But in the coin of the criminal court, Thompson had done something more serious than just killing a man. He had killed a white man.

A generation ago, the Senate Judiciary Committee was led by Strom Thurmond, the South Carolina Republican known (then) for his racism and (now) for the fact that he secretly fathered a child with his teenage black housekeeper. What you probably didn’t know about Thurmond is that he was, for nearly a decade in the 1930s and 1940s, a South Carolina judge.

In that capacity, he sentenced four men to death. All of them were black and all of them were convicted and sentenced following legal proceedings that could barely be called trials. After a painstaking look at the substantive and procedural irregularities of those four cases, after chronicling episodes in South Carolina’s legal history involving white riots and skewed evidence, Bruck wrote:

But it is not only in hindsight that the death sentences which Strom Thurmond meted out were illegal. For the wholesale exclusion of black people from jury service had been condemned by the U.S. Supreme Court in a series of decisions stretching back to the 1880s. And just two months before Judge Thurmond empaneled an all-white jury to try George Thomas for the rape of a white woman in a county that was nearly two-thirds black, Justice Hugo Black of Alabama had written for a unanimous Supreme Court that racial discrimination in jury selection “not only violates our Constitution…. but is at war with our basic concepts of a democratic society and a representative government.”

So it can’t be said that judges like Thurmond had no way of knowing in 1941 that there was anything wrong with the all-white judicial system. Thurmond and his colleagues did what they did because there was not yet anyone to stand up to them.