Even hanging an air freshener.

Legal principles can be complicated, but in most courts, until eight months ago, there was a pretty simple one: Ignorance of the law is no excuse. Then came Heien v. North Carolina, decided by the U.S. Supreme Court in December. Now the principle is: Ignorance of the law is no excuse — unless you’re the cop enforcing the law, in which case it is, or at least can be, depending upon whether your ignorance is reasonable or not, to be determined upon later review.

At a time when tension between police and citizenry was already at a pitch — the opinion came down three weeks after the no-indictment announcement regarding Michael Brown’s death in Ferguson, Mo. — the court’s ruling provided police with even greater leeway in how they conduct stops and subject people to questioning and searches. The law already allowed police to make stops on pretext — that is, to pull someone over for some minor infraction in order to investigate more serious wrongdoing. The law already set conditions under which police, in making stops, could be wrong about the facts. Now, with the Heien decision, police could also be wrong about the law.

In the eight months since, courts in at least a dozen states have excused mistakes made by police who initiated stops based on a misunderstanding of what is legal and what is not, according to a canvass of court rulings. Police from California to Kansas to Illinois to New Hampshire proved ignorant of the law on items ranging from tail lights to turn signals to tinted windows to fog lines to U-turns to red lights — only to be rewarded for it, as judges, in the typical scenario, refused to throw out evidence (drugs, most often) seized as a result of the ill-founded stops.

What’s striking about these cases — aside from the officers’ limited understanding of the laws they’re entrusted to enforce — is how flimsy the pretext can be to pull someone over. The grounds cited for stopping drivers included entering an intersection when the light was yellow; or having, on the back of a car, a trailer hitch; or having, in the front of a car, an air freshener hanging from the rearview mirror — you know, the ones shaped like pine trees, the ones so ubiquitous that the president of the Car-Freshner Corporation once told The New York Times Magazine: “We’ve sold billions of trees. Probably right up there with the number of hamburgers McDonald’s sells.” 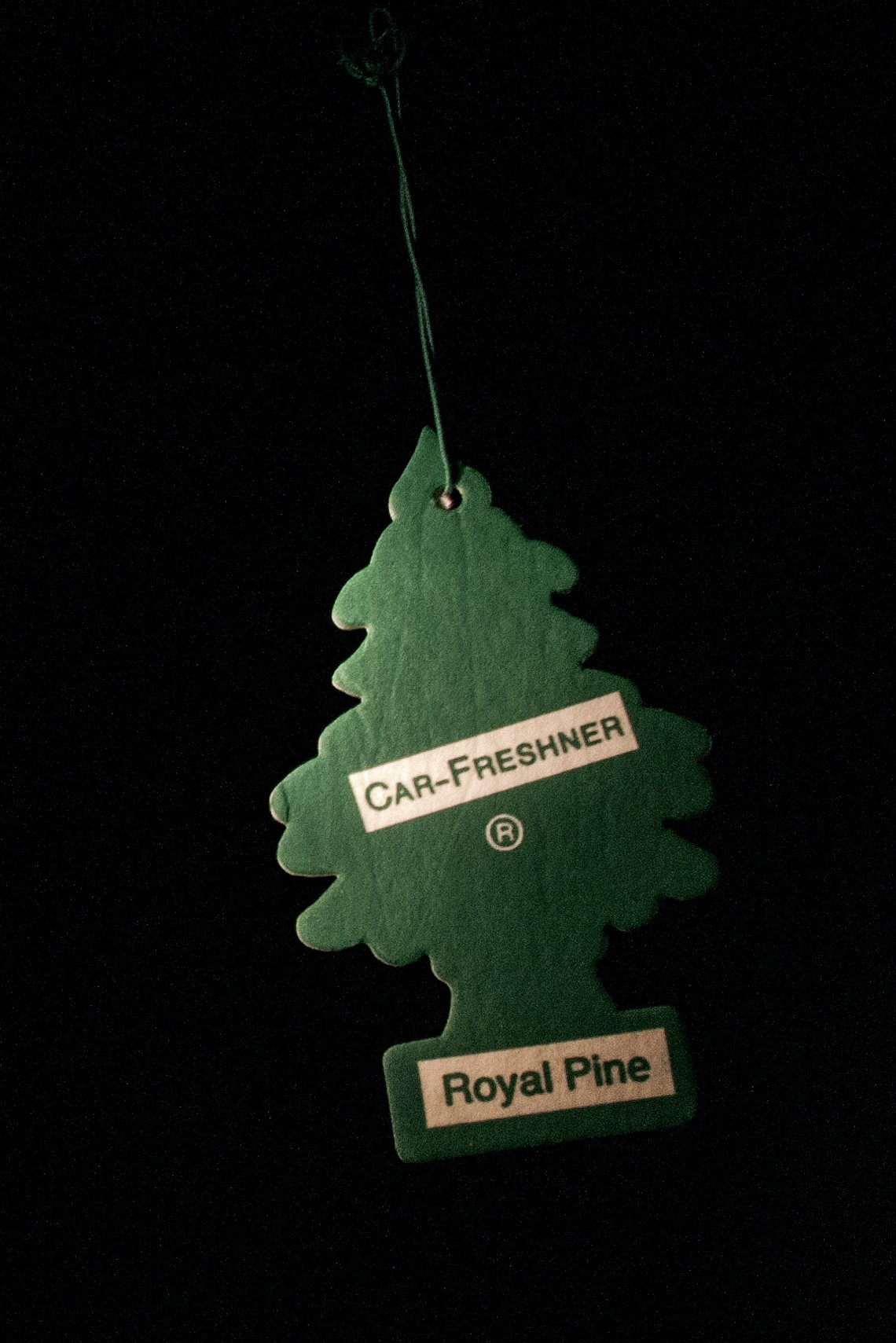 In February, in a case involving a traffic stop over a dangling parking pass, D. Arthur Kelsey, then a judge on Virginia’s Court of Criminal Appeals, wrote: “So dense is the modern web of motor vehicle regulations that every motorist is likely to get caught in it every time he drives to the grocery store.” And now, he wrote, “reasonable suspicion justifying the seizure of citizens will be found even if police officers are mistaken concerning the law as long as their testimony includes magic words such as ‘I thought . . . I believed . . . I mistakenly believed . . . I suspected . . . I mistakenly suspected . . .’ or as in this case, the officer just doesn't really know one way or the other.”

Here’s a look at some of the cases decided in the Heien opinion’s wake.

The basis for the stop: Air freshener

The eventual charge: Possession of pot with intent to deliver

When a police officer in the Village of East Troy (4,281 residents, 18 miles of roadways, 500 manholes, according to its quarterly newsletter) pulled over Richard Houghton’s blue Ford Taurus, the officer was ignorant of the law in at least two ways. He thought the car needed a front license plate (in this case, it didn’t), and he thought the car’s air freshener was illegal, believing any object dangling from a rear-view mirror automatically violated the state’s law on obstructing a driver’s view (not so). Nonetheless, the Wisconsin Supreme Court decided that the marijuana and drug paraphernalia found in the officer’s subsequent search of the car would not be thrown out. Just one year after it had ruled the opposite in another case, the court decided that in light of Heien, mistakes of law by police could now be forgiven, if reasonable.

Traffic stops based on hanging air fresheners have occurred in lots of states, despite the incredible sweep implicit in such a broad interpretation of the laws on driver visibility. “There must be a zillion cars driving around with air fresheners,” one judge said. In an air-freshener case decided by the Vermont Supreme Court in March, justices noted the absurdity of the state’s position that all hanging items, not just air fresheners, violate the law. Were that true, the court wrote, people could be pulled over for “spherical crystals, parking placards, medical-alert cards, dog tags, beads, crosses, crucifixes, and, of course, fuzzy dice. … [T]he statute would subject a vast swath of the driving population to police stops without any safety rationale.” Nonetheless, the Vermont Supreme Court forgave the officer’s mistake.

When courts have decided a mistake is reasonable, they’ve typically concluded that the statute was ambiguous, subject to multiple interpretations, or that the law had yet to be interpreted by appellate judges, leaving police with but limited guidance.

But in at least two other air-freshener cases decided in the last eight months — one out of Kansas City, the other, Las Vegas — courts in those jurisdictions refused to forgive police for mistakenly believing that every dangling pine tree runs afoul of the law, saying the officers’ ignorance was unreasonable. And if you’re wondering why some police seem so keen to stop cars with pine trees, the Kansas City case offers a clue: An officer testified that in his experience, people often use fresheners to mask the smell of drugs.

The basis for the stop: Trailer hitch

The case: State of Illinois v. Jose Gaytan, decided May 21, 2015, by the Illinois Supreme Court

Near Chenoa, Ill. (“Welcome to Chenoa!,” the town’s website says), a couple of local police officers were using radar to check the speed of passing cars when they elected to follow a purple Lincoln Mark V. One officer later said the car’s color and big tires caught his eye. The officers wound up stopping the Lincoln and arresting Jose Gaytan, a passenger, on charges stemming from marijuana found in a diaper bag.

The basis for the stop was a ball-type trailer hitch. That hitch, the officers said, obscured their view of the rear license plate, in violation of the Illinois Vehicle Code. But the statute they cited says nothing of trailer hitches, and state legislators made no mention of hitches when passing the law. The statute requires keeping the license plate “free from” materials that obstruct visibility, “including, but not limited to, glass covers and plastic covers.” Eyeballing a photo of the car’s rear, the trial judge questioned just how much the hitch actually shielded: “The only thing it’s obstructing is the little thing at the bottom that says Land of Lincoln or whatever,” the judge said. More important, the Illinois Supreme Court concluded that the statute applied only to objects “physically connected” to the plate, an interpretation that excludes the trailer hitch.

Interpreting the statute as prosecutors and police wished “would have the effect of rendering a substantial amount of otherwise lawful conduct illegal in Illinois,” the court wrote. Attached carriers for wheelchairs and scooters? Illegal. Rental trailers? Illegal. Bicycle racks? Illegal. “[E]ven a public bus equipped with a bicycle rack on its front would be unlawful under the State’s reading,” the court said. But in the end, the determination that police had misread the law did Gaytan no good. The court decided the police’s mistake was reasonable, and, citing Heien, refused to throw out the drugs seized in the stop.

The basis for the stop: Bicycle on sidewalk

The eventual charge: Under the influence of a controlled substance

When a couple of San Diego police officers stopped Felipe Campuzano, he was straddling a bicycle on a sidewalk, “operating it at a ‘very slow, walking speed’ alongside of a female companion who was walking,” a court would later write. The basis for the stop — which yielded a charge of being under the influence of a controlled substance — was a municipal code that prohibits riding a bike on a sidewalk “fronting any commercial business.” The law’s purpose is to protect people from being hit by a bicyclist upon walking into or leaving a store. But in this case, there was no store, at least none with people. There was only a former auto-repair shop, now shuttered, surrounded by a weed-choked chain-link fence.

In November 2014, an appellate court in San Diego County ruled that police made a mistake of law, so the evidence gathered during the stop should be tossed. But one month later, the U.S. Supreme Court handed down Heien — prompting the appellate court to reconsider. The second time around, the appellate court ruled that the evidence against Campuzano could be used, because the police’s mistake was reasonable. “We do not, and cannot, expect our police officers to be legal scholars,” the court wrote.

The Indiana Court of Appeals went down the same road. Before Heien, it reversed a marijuana conviction because police misread the law on taillights when stopping the defendant; after Heien, the court reconsidered and reinstated the conviction.

The basis for the stop: Entering intersection on yellow light

The case: State of Kansas v. Robert Alan Wilson, decided Jan. 16, 2015, by the Court of Appeals of Kansas

Here’s a textbook example of a pretextual stop. At about 11 p.m., a Kansas City police officer saw a Chevrolet Malibu leave a “known narcotics house.” So the officer followed. He kept his tail until he saw the Malibu enter an intersection on a yellow light. “The vehicle was pretty much 50/50 on that white line” when the yellow light turned to red, the officer would later testify — and for the officer, 50/50 was good enough. He pulled the car over. After “evidently” getting the driver’s consent to search (“evidently” is the Court of Appeals’ word), the officer found a small glass pipe and a baggie of meth.

“We agree that simply entering an intersection on a yellow light is not — in and of itself — a legitimate basis for a traffic stop,” the state Court of Appeals wrote in January. But the court noted that the officer believed the Malibu’s driver could have stopped in time if he had wanted to. So even if the officer was mistaken about the law, his mistake was reasonable.

But now police and prosecutors everywhere have a new argument to make, no matter the nature of their screw-up. In many cases, courts were already excusing mistakes of fact. In June, an appeals court in Minnesota excused a sheriff’s deputy who said a driver didn’t signal a lane change, when, the deputy’s dash-cam showed, the driver did. That same month, an appeals court in Wisconsin excused a sheriff’s deputy who stopped what he thought was a Pontiac Sunfire because the plates were registered to a Chevrolet Cavalier; it turned out, the car he pulled over was a Cavalier.

The argument for pretext stops is that they allow police to protect communities by being proactive instead of reactive. Take, for example, Oklahoma City bomber Timothy McVeigh. His arrest traced to a traffic stop over a missing license tag. Still, some legal commentators worry about the Heien decision’s impact. Because investigatory traffic stops disproportionately target racial minorities, one writes that Heien “will very likely add to the growing tension between minorities and law enforcement.” Another sees a “dangerous double standard,” with those arrested expected to know the law — while those arresting, not so much.