Our Prisons in Black and White

The race gap for adults is shrinking. Why is it widening for juveniles?

By Eli Hager
Justice Lab is a column that examines the science, social science and technology of criminal justice

After swelling for decades, the number of Americans in prison is finally, gradually beginning to shrink. For the first time since 1978, populations in both state and federal prisons are getting smaller, the result of an overall decline in crime, an easing of the War on Drugs, and reform efforts on the part of many states.

But what about the racial disparity in incarceration? Is it easing, too?

But when it comes to juvenile incarceration, according to the latest statistics from the Office of Juvenile Justice and Delinquency Prevention, the opposite has been true: Despite a precipitous decline in the overall numbers of children in detention, the racial disparity has worsened. In 2003, black youth were 3.7 times more likely to be incarcerated than white youth; by 2013, the number grew to 4.3. In 2003, there were more white youth incarcerated than black youth; starting in 2006 and ever since, the reverse has been true. 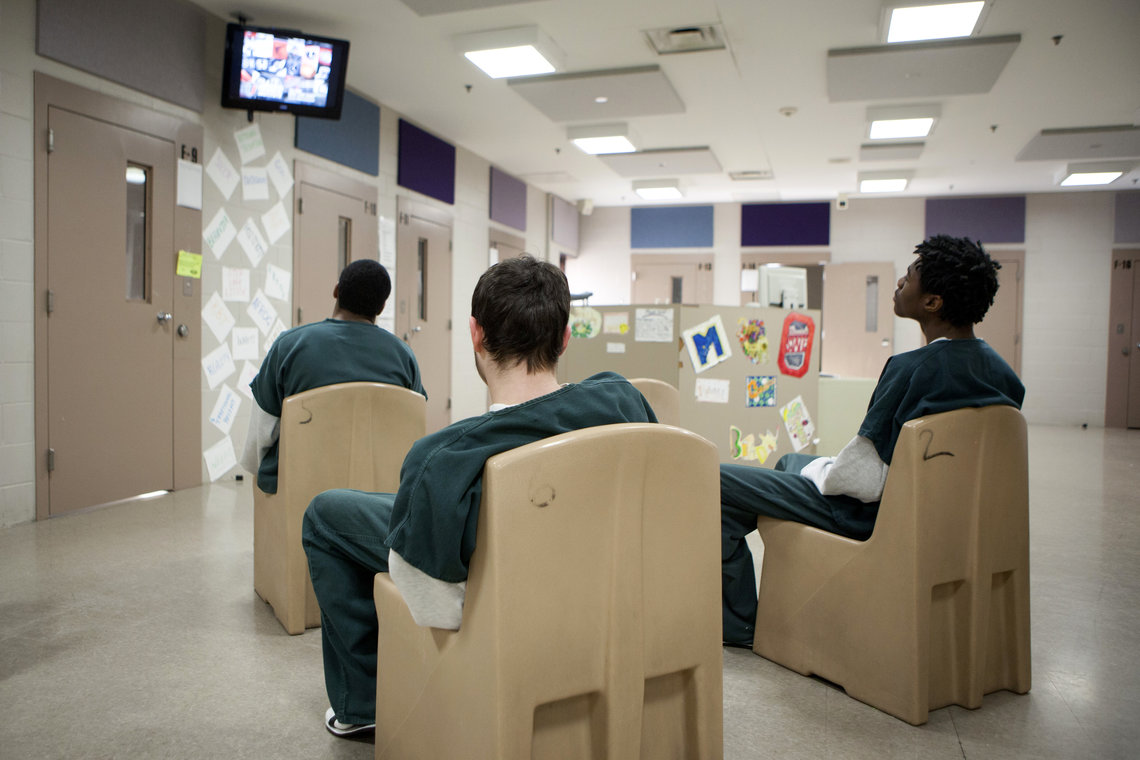 Those who study juvenile crime are puzzled by the trend. As Joshua Rovner, an expert on juvenile incarceration for the Sentencing Project, puts it, “The disparity ought to — at least — remain the same.”

The underlying causes of racial disparity in youth incarceration are well documented. Black kids appear physically “older” (therefore more culpable and dangerous) to judges and other family court personnel. Prosecutors, sometimes influenced by similar implicit bias, refer young black suspects to adult court more often for the same crimes. Police officers interact with them, arrest them, and use force against them far more often, especially for teenaged behavior like truancy, violating curfew1, underage drinking, loitering and disorderly conduct. Black juveniles sell and use drugs at roughly the same rates as their white counterparts, but they are more likely to do so in the streets rather than behind closed doors; their neighborhoods are also more likely to be classified as “drug-free zones” in which drug use is more harshly punished. And within their schools, they are more likely to be policed, arrested, and even sent to jail for misbehavior.

The racial disparity in arrests and detention for curfew violations is particularly stark: Black kids are 269 percent more likely than white kids to be arrested for staying out late, according to the Sentencing Project. This discrepancy results in part from selective enforcement and in part from the fact that curfew rules are more common in urban areas, where more black people reside.

But the reasons why these disparities would be growing are less clear.

One theory is that some new alternatives to incarceration have become more available to white kids than black kids. In a 2014 study in the Journal of Research in Crime and Delinquency, 87 percent of white male juveniles who had been diverted from confinement were instead enrolled in delinquency prevention, family therapy, vocational education, anger management, addiction counseling, or other programs — compared with 73 percent of black males.

Liz Ryan, founder of the Campaign for Youth Justice, a group that advocates fair treatment of juveniles in the justice system, says that black kids more frequently come from poor communities that may not have the money for these alternative programs. They “continue to be incarcerated due to high need, not high risk,” she says.

Ryan adds that bias against certain families, deserved or not, may also be increasingly salient in family court. Many of the latest alternatives to incarceration depend on the involvement of parents and other family members, and if a judge sees that the child would be going home to a single-parent, seemingly dysfunctional household, he may be more likely to think that placement is the better option.

Another reason floated by experts is the growing use of “risk assessment” tools, which are designed to provide a neutral, actuarial evaluation of how risky it would be to let a juvenile defendant stay out of prison.

Some risk assessments, according to new research, may in fact be having the opposite effect. By making a calculation based on the child’s academic records, prior involvement with police, mental health problems, and family background (including whether the parents have been incarcerated), these tools may unintentionally be reinforcing negative judgments about black kids.

Finally, says James Bell, the executive director of the W. Haywood Burns Institute, an organization that fights racial disparities in the youth justice system, the other systems that serve youth are partly to blame for the growing racial divide.

“The justice system is kind of a fallback dumping area for the schools, for child welfare, and for the mental health system,” says Bell. “The numbers of kids of color being held [in confinement] won’t actually be impacted that much until those other services improve.”

“The first beneficiaries of a downsizing system,” he adds, are those “with somewhere else to go.”

Marc Mauer, executive director of the Sentencing Project, agrees that well-intended reforms (offering more alternatives to incarceration, relying more heavily on “risk assessment,” and the like) can affect racial disparities in unexpected ways. Many of the most popular strategies for reducing the incarceration of both juveniles and adults, for example, come with a stipulation that defendants with extensive criminal histories won’t be eligible. “That’s mostly black people,” says Mauer.

A new report from the Bureau of Justice Statistics, meanwhile, suggests that another recent effort at reform — giving judges more discretion in sentencing, seen as a way to ease the harsh, automatic guidelines of the War on Drugs era — may instead be resulting in disproportionate sentences for black people. When judges have more flexibility to look at a defendant’s education, employment, and criminal history and decide whether to grant leniency accordingly, they may also be more likely to act on their biases.

“Without a separate, intentional, very focused look at race,” Mauer says, “we may exacerbate the very racial disparities we are trying to fix.”