Will the ‘21 Foot’ Defense Work for the Chicago Cop Who Shot Laquan McDonald?

Revisiting a 30-year concept that is used to justify deadly force.

A white Chicago police officer who killed a black teenager in a hail of bullets in October 2014 acted under an often-cited police concept that governs deadly force, according to the officer’s lawyer. “There is this 21-foot rule,” Dan Herbert, the lawyer for the officer Jason Van Dyke, told CBS Chicago. “It talks about how an individual is a significant threat to a police officer when they’re in that 21-foot boundary.” 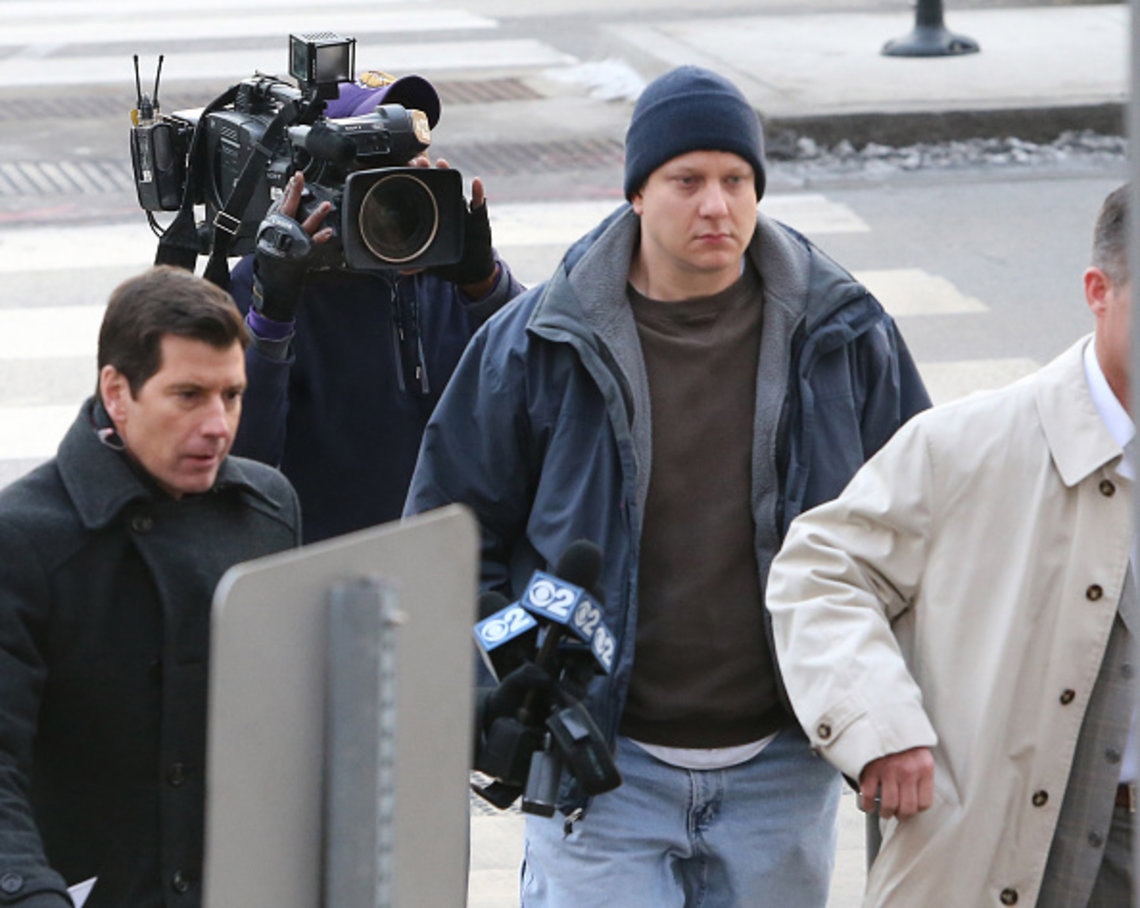 Van Dyke has been charged with first-degree murder and held without bail in the death of Laquan McDonald, 17, who, the officer has said, lunged at him with a four-inch folding knife and refused to drop it. Cook County prosecutors say Van Dyke fired 16 rounds at McDonald as the youth walked away.

But what about the 21-foot rule? The man who devised it says it’s misleading and dangerous to call it a “rule.”

“I have more than a mild disagreement with that term,” says Dennis Tueller, a retired lieutenant who was a firearms instructor with the Salt Lake City Police Department. The idea originated in a 1983 SWAT magazine article called “How Close is Too Close.” In it, Tueller detailed field drills he conducted that showed that under normal conditions, it takes an officer one-and-a-half to two seconds to unholster his gun, aim, and shoot — and in that time, an attacker with a knife can cover about 21 feet. Since then, the concept has been incorporated into law enforcement training programs across the country and is often invoked in legal proceedings involving use of force.

Tueller spoke to The Marshall Project about the origin of the concept and what people misunderstand about police in potentially deadly encounters.

It can create confusion in the minds of some people, implying that there’s some rule that says someone further than 21 feet away, attacking aggressively, with a contact weapon — a knife or a club — you would not be justified in shooting. That just simply is not the case. I actually heard someone representing himself as a firearms instructor tell this to a class one time: if the guy is farther than 21 feet, and you shoot, that’s probably not going to be justified. Well that’s ludicrous. No one can keep a tape measure or a laser-measuring device in their eye. It’s kind of a sliding scale. It’s all based on reaction and response time.

The term I prefer is “reactionary gap.” How long does it take you to draw? It’s important for people to recognize this, because if you hesitate, your assailant can be on top of you before you even draw your pistol. And, conversely, I have been in a couple of confrontations, years after I wrote that article, where someone suddenly produced a knife well inside 21 feet, but I was in a position where I was able to draw and challenge, and my assailant surrendered and I didn’t have to shoot. Even though I would have been absolutely justified in doing so, legally, and I would have been within the parameters of what most people consider the “21 foot rule,” it wasn’t necessary to shoot.

What would you like the public to understand about deadly police confrontations?

One pretty commonly held misconception is that there’s a hierarchy of deadliness. That guns are on the top of the list, and then maybe knives and clubs. Anyone who investigates homicides knows that stabbing tools and implements are a frequently used tool to kill people. A knife absolutely is deadly force, especially inside the distances we’re talking about. When a law enforcement official shoots at someone, the primary reason we shoot people is to change behavior. We want them to stop doing what they’re doing. Which in most cases is trying to kill us or someone else. When we shoot, we realize we’re using deadly force. If you put a bullet in another human being, there is a very real possibility that they will die as a result of that wound. But that’s a secondary issue. I’m not shooting this person because I want to affect his health. I want to affect his behavior. I want him to stop what he’s doing right now.

Clearly there have been cases where officers make mistakes. Like everybody else, we employ human beings who are fallible, and we’re never going to do anything perfectly all the time. Nonetheless, most officers, the overwhelming majority, are out there trying to do the right thing, trying to effectively enforce the law, deal with their responsibilities, and also go home to their families and loved ones at the end of their shift. So we’re walking a tightrope.

I was struck by the line in your SWAT magazine article that said, “If…our hero shoots his would-be attacker at a distance of 20 yards…he will almost certainly be charged with murder.” But part of the reason the Laquan McDonald case has gotten so much press is because — at least until recently — it’s unusual for an officer to be charged with murder. Why do you think it’s been so unusual?

In my experience — I investigated shootings when I was on the police department — the vast majority of the time, the reason no charges were filed is because the officer was acting within his or her rights. They reasonably perceived a threat. In the vast majority of cases, when an officer decides to pull the trigger, it really is the last resort. Officers see what’s happening in the media, too. Most law enforcement folks realize, when you pull that trigger, your life becomes very complex.

Clearly any time a law enforcement official or anyone else uses force that takes the life of another person, that should be investigated and appropriate actions taken. But I see case after case after case after case that don’t get reported, where officers wait, where they hesitate, where they take that extra second to try to convince this person to stop or drop their weapon. As trainers, we look at some of those incidents that are caught on surveillance video. You show this to officers during training, and everyone in the room is shouting at the guy on the screen, “Shoot! You need to shoot this guy!” But the officer hesitates, he waits. They realize that their life changes.

In a fight for your life, you can separate it into two problems. Your first problem is to survive this confrontation and go away whole. The second problem is dealing with the aftermath: administrative review, investigation, having your district attorney investigations, grand juries, and trial by media, having people show up and protest at your home. If you don’t successfully solve problem A, you won’t have to deal with problem B. But just recognize if you use deadly force in solving problem A and surviving the attack, you will have to deal with the consequences.

That sounds like a mixed message. What should an officer do in a dangerous situation?

I can’t presume to tell anybody what to do in any given circumstance. We can do demonstrations. We can show how quickly things happen. We can talk about the expected effects of a bullet on your adversary, and will it stop them and how quickly. But I cannot make a decision for anybody else. Ultimately the individual behind that gun deciding whether or not to press that trigger is the ultimate decisionmaker.