The Supreme Court invalidated Florida’s death penalty procedures on Tuesday, throwing hundreds of capital sentences there into doubt and raising the possibility that death sentences imposed in Alabama and Delaware may also be vulnerable. In an 8-1 decision, Justice Sonia Sotomayor wrote the majority opinion with Justice Samuel Alito as the lone dissenter. You can read the Court’s decision in Hurst v. Florida at the bottom of this story.

The Court didn’t say that Florida cannot sentence convicted murderers to death — only that the way the state had chosen to do so was inconsistent with the jury requirement of the Sixth Amendment. A jury, not a judge, must “find each fact necessary to impose a sentence of death,” wrote Sotomayor, but Florida law directs the judge to hold a separate hearing to determine whether there are sufficient aggravating circumstances to justify execution. That made the Florida scheme unconstitutional, the justices concluded. 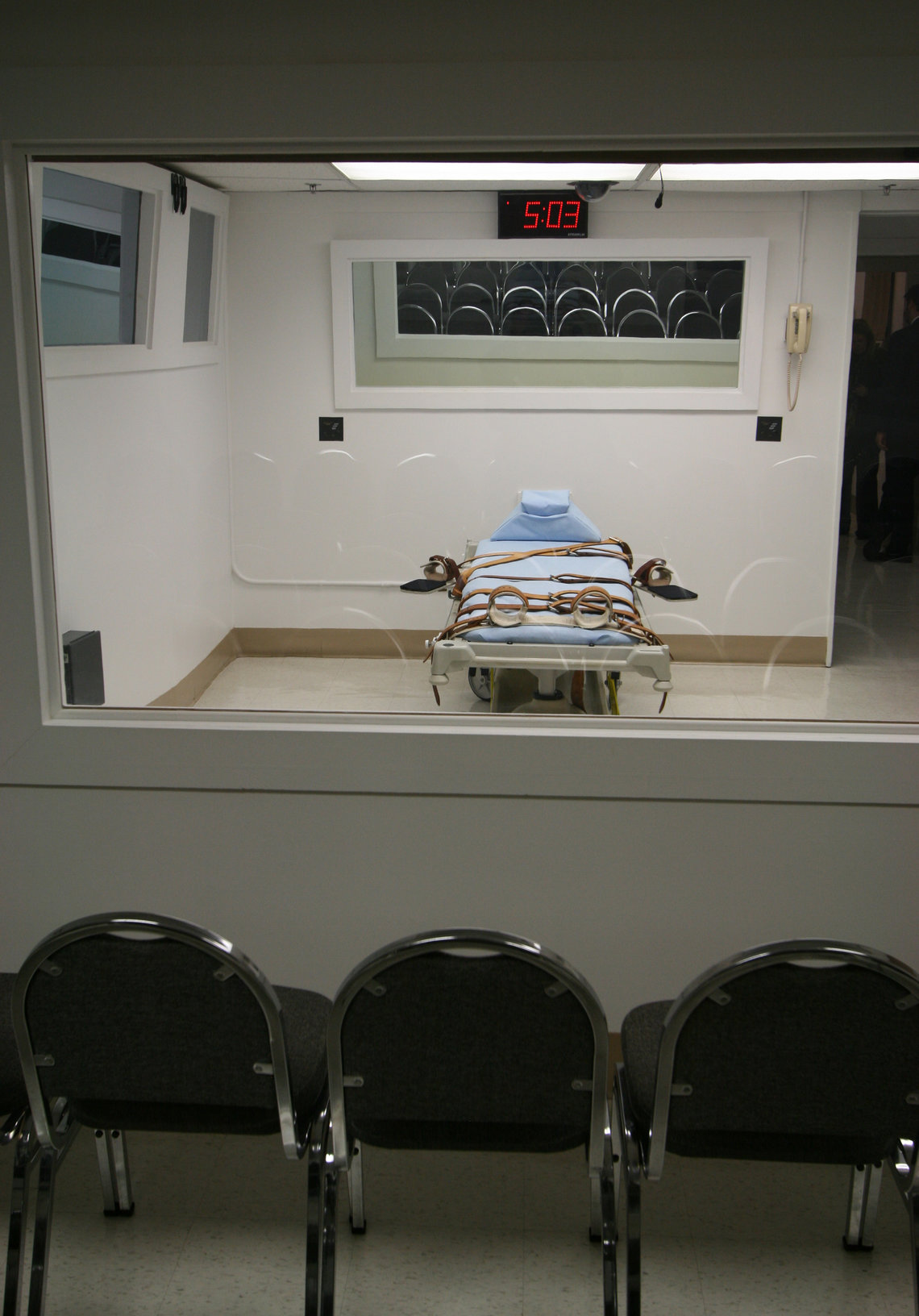 The execution chamber seen through the window of the witness room at Florida State Prison.

It is not hard to imagine what is likely to happen next in Florida. All the men and women on death row who have been sentenced under these procedures — 390 in all — will not automatically have their sentences reduced to life without parole. Instead, Florida lawmakers say they will scramble to revise their procedures to make them consistent with the Hurst decision. If the ruling is applied retroactively — a decision now up to Florida’s Supreme Court — the state may have to undertake hundreds of new sentencing hearings. That would be lengthy and expensive and create uncertainty for years on Florida’s death row, the second largest in the country.

There is still plenty of uncertainty for the petitioner in the case, Timothy Lee Hurst, who was convicted of murdering of Cynthia Harrison in Pensacola in May 1998. The justices sent the case back to the Florida courts to decide whether the flaw in the state’s sentencing structure constitutes a “harmless error.” Alito concluded that whatever error Florida committed was, indeed, harmless and that issue could bring this case back to the justices in a few years depending on how the Florida courts handle it. Hurst, in other words, may never make it off death row.

It is unclear what the ruling means to two men with currently scheduled executions in Florida. A state Department of Corrections spokesman said he was waiting on word from state attorneys who were absorbing the Supreme Court ruling. Michael Ray Lambrix is scheduled to be put to death by lethal injection on Feb. 11 and Mark James Asay is scheduled to die on St. Patrick’s Day, March 17. Even before the Hurst decision came out, Lambrix’s attorneys had asked a state judge to stay their client’s execution pending a ruling in the case. Several capital attorneys and advocates predicted Florida would voluntarily halt its executions pending resolution of the issues raised in Hurst. That resolution easily could take years.

It also may take years to see how the Hurst ruling could affect the imposition of the death penalty in Alabama, where “judicial overrides” allow judges to impose capital sentences even where juries have concluded that the appropriate sentence is life in prison without the possibility of parole. Robert Dunham, the director of the Death Penalty Information Center, says Hurst would apply in Alabama only in those cases where juries are overridden by judges after failing to find the requisite aggravating circumstances. Evan Mandery, a scholar who writes about the death penalty, said that Hurst is not a ruling likely to change the national landscape of capital punishment, but he was pessimistic about the chances that Alabama’s law could survive Hurst without being revised.

The Hurst ruling also doesn’t have a direct impact on the constitutionality of non-unanimous jury verdicts during sentencing. Florida is one of three states — the others are Louisiana and Oregon — that permit non-unanimous verdicts, and the issue was raised during the briefing and arguments in the case, but Tuesday’s ruling did not mention that component of the state’s procedures. It’s hard to imagine any lawyer or judge not citing Hurst to try to attack the “non-unanimous jury” rules. The justices in Washington may soon decide to address that issue as well; they’ve been asked repeatedly to do so.

The Florida ruling itself is not a surprise. Oral argument in the case in October suggested that the state’s procedures were in trouble. What is surprising is that eight justices, including four of the five conservatives on the Court, were willing to strike down a capital sentencing regime in one of the most aggressive death penalty states in the country. But the Hurst ruling supplies an explanation for this bipartisan result. The Court embraced one line of precedent over another and the line it embraced here has had strong support among the Court’s conservatives.

In Hurst, Sotomayor cited Ring v. Arizona as the controlling precedent. That 2002 case stands for the proposition that “capital defendants are entitled to a jury determination of any fact on which the legislature conditions an increase in the maximum punishment.” Justices Clarence Thomas, Antonin Scalia, and Anthony Kennedy all signed onto it. To them, 14 years later, the notion of protecting jury rights under the Sixth Amendment was still more important than saving Florida’s capital regime.

Not on the Court when Ring was decided, and not on board with the Court’s view of Florida’s procedures, was Alito. He defended Florida’s rules in his dissent, writing that Florida’s jurors were intensely involved in sentencing convicted murderers to death even if judges were given the final say. Will the Supreme Court abolish capital punishment? Not likely with its current crew. But here’s an example of how the justices will continue to refine it, and narrow its potential application, thus making the death penalty even more rare than it has become.