The Return of ‘To Catch a Predator’

Talking to Chris Hansen as he revives his trademark stings.

Remember “To Catch a Predator”?

In 2004, NBC reporter Chris Hansen began leading stings in which “children” — played by adult actors — invited men to meet them for sexual encounters. The mark would arrive at a camera-rigged decoy house, where Hansen would emerge with his signature line: “Why don’t you have a seat?” After a brief, squirmy interview, police would swoop in for an arrest.

It was a hit. Then, in 2006, one of those men committed suicide. The network was sued for $105 million and settled out of court. Advertisers got nervous. Hansen’s last segment aired in late 2007. He battled tabloid stories of an extramarital affair. His contract was not renewed in 2013, and he went on to host “Killer Instinct,” a show on Investigation Discovery.

But fans kept asking him to bring back the stings, and last year Hansen mounted a Kickstarter campaign, raising nearly $90,000 for a reboot called “Hansen vs. Predator.” The segment premiered in September on “Crime Watch Daily,” a show Hansen hosts that runs on weekdays, syndicated on local channels throughout the country.

The following has been edited for length and clarity.

There was a long gap in which you didn’t do these stings, but many encouraged you to return to them. What did you learn about the fanbase?

It’s a very loyal fanbase. Even when we stopped shooting new investigations, MSNBC ran the old ones. As generations of college kids graduated and watched it, they thought it was brand new.

The fanbase is loyal for a few reasons. One, who doesn’t want to go after child predators? Two, it’s compelling television. Three, it takes you into a world you wouldn’t normally see. 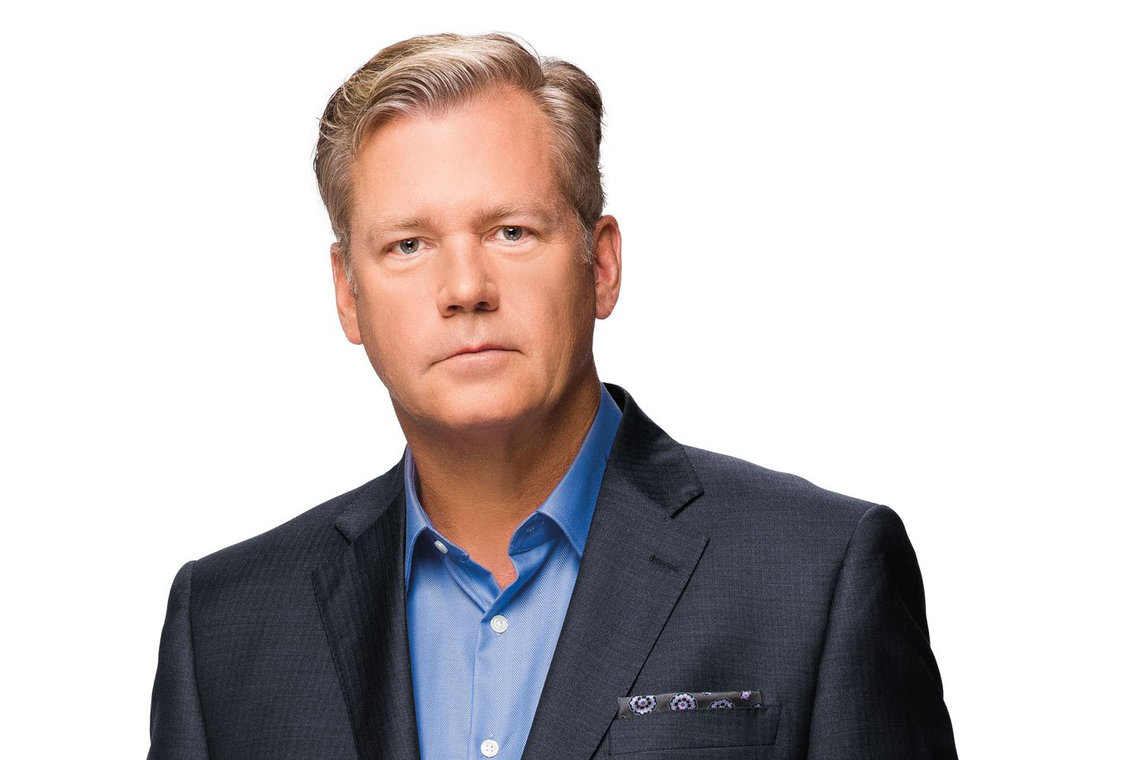 You work closely with law enforcement, but how do you avoid being seen as ‘too close’ to them? And what do you make of criticism that what you do isn’t really journalism?

We would not do it without law enforcement and prosecutors being involved. I think it would be socially irresponsible and somewhat dangerous. I know I’ve been taken to task by the Poynter Institute and some old-line journalists, but I think we had to evolve into what was the right thing to do.

If the police ask us a question, we answer. We consult the prosecutors. We try to work it the best way for justice. That’s all it’s about.

We’ve been absolutely transparent about our methodology — who the decoys are, where the police are, etc. If some retired reporter from the Houston Chronicle with his glasses down his nose wants to take me to task, that’s fine. As long as you tell people exactly what you’re doing, they can decide whether they want to watch it.

Did the 2006 suicide lead to questions about whether you went too far?

There was a settlement in that case, so I’m somewhat limited in what I can say. He didn’t show up at the house, the police made the decision to issue a warrant. They went to arrest him. I don’t think there is any way he could have known it was Chris Hansen and Dateline outside.

What he did know was that police officers were knocking on his door, and he had child pornography on his computer. He tried to get them off the hard drives, and he couldn’t. He knew he’d face 10 years in prison for each image. I don’t know if he had a closet life, I don’t know what was going on. I’m not judging the guy.

Of course, you don’t want anybody to hurt themselves. It wasn’t comfortable.

When you decided to reboot the stings, were there plans for how to do things differently given what happened?

I think we evolve and get smarter every time we do it. There is a notion that we stopped doing the investigations after the incident, which is not true — we did others after that one, successful ones in which nobody got hurt.

But it is, by its very nature, a risky proposition.

We do a vast amount of research on these men: does he have a concealed weapons permit? Does he own a gun? Is he a police officer? Is he former military? If we find out there’s potential danger, the police arrest him before he comes in — we don’t want a dangerous situation.

"Crime Watch Daily" host Chris Hansen, at right, speaks with Jeff Sokol, a man who police say drove two and a half hours to meet a 13-year-old girl. Sokol has pleaded not guilty to second-degree attempted sexual assault and is awaiting trial.

Many in the medical community argue that people with sexual proclivities toward youth have a disorder. Do you wrestle with the idea that these people are ‘sick’ and need treatment?

Absolutely. We rarely will engage with a teenager who is hitting on a 13 or 14 year-old. We don’t go above 14 for the victim’s age, just so it is a clear case. But in an egregious case where someone is very aggressive, and poses a threat to child, if he’s 19 or 20, we’ll allow him to come in. Like Vincent Ambrosio.

(Note: Ambrosio was a 19-year-old arrested during a recent investigation in Fairfield, Conn.)

He was having graphic conversations with two of our decoys. I said, “Let’s do it.” He comes in, a big guy, and he goes immediately to hug the decoy, which was a creepy moment.

And it was tough. He was obviously depressed. He mentioned suicide. I go from solid, questioning journalist to thinking “Hey, I’ve got my own 22- and 25-year-olds — I’ve got to handle this differently.”

So the conversation turns to, “Hey, you’ve got to get some help.’’

And then you’ve got to make the decision of whether to air it. Do you black out his face?

Did you decide to show Ambrosio’s face on television?

We did, and I think we handled it fairly responsibly. He posed a significant danger. I think we put it in the right context, and I hope he gets the help he needs and deserves.

Is there a fear that amping things up with television cameras will worsen the issues — depression, self-harm? If you view these people as sick, how do you square that?

And there is the dramatic, signature moment when the visible cameras come out. And sometimes they freak out. And that drama, I think, is part of what draws people to watch this. Is it too much drama? I don’t think so. If I wasn’t there, somebody would have been raped that night. Others might argue otherwise, but I think it’s justifiable.

Is there a question of whether people would have attempted to harm children had they not been lured by the decoy? That they wouldn’t have otherwise acted on their fantasies?

Scholars have debated whether the consumption of child pornography leads to molestation.

We had a guy in the last investigation who, when police searched his car, had a loaded gun, duct tape, and a camera, and wanted to take this 13-year-old for a ride. He worked for a cable company, so he was in people's’ houses every day. And he was on the waiting list to become a cop. So, what’s he going to do when he’s a cop, when he has ultimate power over somebody? I have a hard time feeling sorry for him.

Do people say to you, they should be punished, but not shamed?

There has always been a debate about shaming in enterprise journalism. I’m not the moral arbiter of society. Consenting adults can do whatever they want. But if it’s kids, it’s really simple. You shouldn’t be going after kids online, and no matter how many we do, they will be out there. It’s not going away. It’s the nature of the Internet — the anonymity, the addictive quality, the 24/7 access.

One thing you see a lot about today is how difficult it is for sex offenders to find jobs and housing when they get out. Have you come to have views on this?

A rabbi who was caught in one of our stings did his time and got out. He had a hard time finding a temple in which to worship because of the stigma. The reality is he did his time. Justice was served. The man deserves to have a place to go worship.

I’m not a psychiatrist, but I’ve come to believe some can be fixed and others cannot. In our society, we want one-size-fits-all answers, and this is not a one-size-fits-all problem. People always say, “These guys should be thrown away,” and I say, “Some of them can be fixed.” We have not invested in treatment for this like we have in alcoholism, or heroin, or cocaine.

Until we deal with this as a society and reduce the demand, we’re going to have this problem.