A judge protects an exonerated man from his lawyer.

A federal judge voided a contract between a North Carolina death row exoneree and his lawyer on Monday, an unusual move in a high-profile case that has highlighted the emotional and financial vulnerability of people who go free after being wrongly convicted.

Henry McCollum, who is mentally disabled, and his half-brother spent 30 years in prison before DNA exonerated them of the 1983 rape and murder of a young girl.

In his ruling, U.S. District Court Judge Terrence Boyle expressed concern that McCollum was vulnerable to manipulation by Patrick Megaro, an Orlando, Fla., lawyer representing McCollum and his half-brother. Seven months after North Carolina paid McCollum $750,000 in compensation for the wrongful conviction, he had run out of money and began taking out loans at 38 percent interest. Megaro signed off on the loans.

“Despite his desire to proceed for himself and manage his own affairs, McCollum continues to evince signs of being easily manipulated and a lack of understanding of his attorneys,” Boyle wrote.

“I’m not aware of any case where a judge has removed a lawyer from such a case,” said Jon Eldan, a California lawyer who founded After Innocence, a nonprofit advocacy group that helps the wrongfully convicted reenter society and has consulted with nearly 500 exonerees for free.

The judge had earlier appointed a guardian to determine whether McCollum was competent to manage his finances and his lawyer. 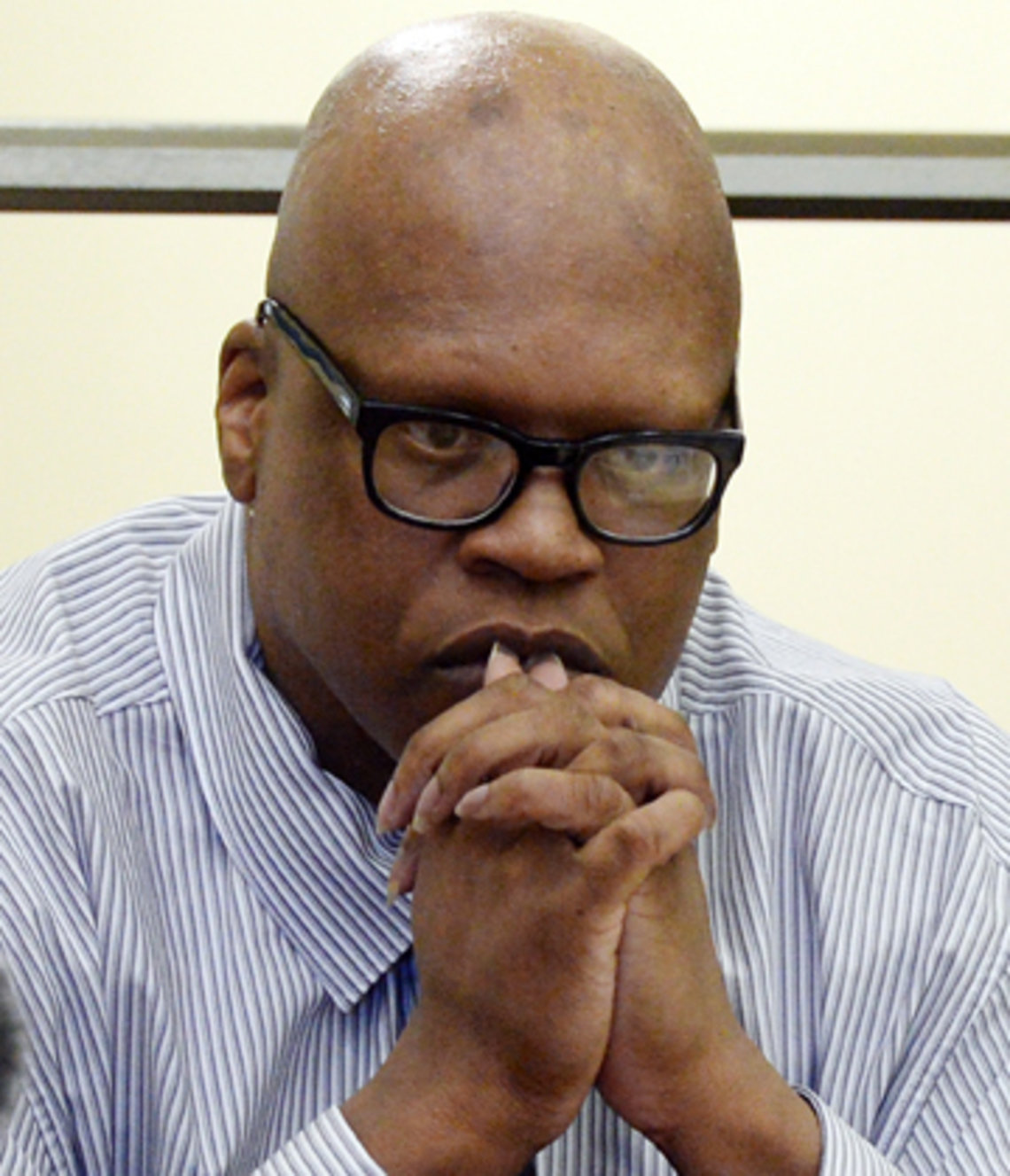 Leon Brown listened to evidence during a court hearing for him and his half-brother, Henry McCollum, in 2014.

“The judge made clear that the same disabilities that led to Henry McCollum giving a false confession in 1983 made him vulnerable to be manipulated and controlled after release,” Tarlton said.

Boyle did not void the contract with McCollum’s half brother, Leon Brown. The judge asked for a report from a second guardian for Brown before deciding. Brown has an extensive history of mental illness.

McCollum and Brown were convicted in one of North Carolina’s most notorious criminal cases, the murder of 11-year-old Sabrina Buie, who was found raped in a bean field with her panties jammed down her throat. The case rested on two detailed confessions, written in longhand by law enforcement and signed by each brother.

McCollum and Brown long argued the confessions were coerced.

In 2014 they finally convinced the justice system they were telling the truth. DNA tests showed the murderer was a serial rapist who had been convicted of a similar rape and murder committed in the same small town a month after the brothers’ arrest.

The two men spent their entire adult lives in prison. McCollum served his time on death row. Brown, who was 15 at the time of his arrest, spent his years in a series of prisons where he suffered repeated psychotic breaks. Both had scored in the 50s and 60s on IQ tests.

After their release, the two men retained civil lawyers to sue law enforcement agencies involved in the investigation and pursue compensation that the state grants many exonerees.

But in March 2015, two women who said they were advocating on behalf of the brothers convinced them to fire those lawyers and hire Megaro, the Florida attorney.

Megaro filed a federal civil rights lawsuit against three police agencies in August 2015. Boyle’s worries about the case surfaced during a hearing in May, when Megaro asked the judge to sign off on a $500,000 settlement with the Town of Red Springs, the scene of the murder.

Boyle worried that McCollum and Brown needed a guardian to represent their interests.

“The problem with this case is there's no one in the case to stand up for the two plaintiffs,” Boyle said in May. “It's fraught with danger. And it requires care.”

Boyle’s displeasure grew as Tarlton, the court appointed guardian, dug into the case.

The state of North Carolina paid each of the brothers $750,000 in October 2015. If invested in an annuity, the money could have paid each $3,000 a month or more for the rest of their lives, according to several annuity calculators.

But seven months after receiving the award, McCollum had run out of money. He took out a $60,000 loan at 38 percent annual interest, with Megaro’s approval.

At a hearing in August, Megaro refused to reveal how much he took of the $1.5 million the state paid to the brothers. “You know, I'm assuming you took half a million dollars because that might be what the contract was,” said Boyle, clearly irritated. “It might have been 750, it could be 250. I have no idea because you won't tell me.”

After that hearing, McCollum told a court-appointed psychiatrist that his legal team received half or more of his state compensation.