Prosecutors stacked the deck. Forty-one years later, that may be enough to free Johnny Gates.

Johnny Lee Gates’ journey through the Georgia justice system already is the stuff of legal legend and one of the longest-running capital cases in the nation’s history. A black man convicted by an all-white jury of murdering a white woman in Muscogee County in 1977, he was quickly sentenced to death. Now, 41 years later, defense attorneys and prosecutors are back in court Monday fighting over some of the most persuasive evidence yet that Gates’ trial was an unconstitutionally prejudiced exercise.

Defense attorneys have evidence that prosecutors systematically excluded black prospective jurors in his case. In February, after a bitter public records battle, a judge ordered state attorneys to turn over the notes Gates’ prosecutors took during the jury selection. The notes showed precisely the sort of racial bias the U.S. Supreme Court in 2016 held unconstitutional in another Georgia case involving prosecutorial misconduct and a black defendant, a case involving one of the prosecutors who also helped send Gates to death row.

On Nov. 30, 1976, three weeks after fellow Georgian Jimmy Carter was elected president, Katharina Wright was robbed, raped, and murdered in her apartment in Columbus in the middle of a weekday. Her body was found, bound, with a bullet wound in her head. One witness promptly told police she saw a white man running away from the building around the time of the murder. Another witness, who lived just below the apartment where the murder took place, told the cops that a black man around 5 feet 10 inches tall and weighing about 170 pounds had come around earlier that day saying he was with the gas company and asking whether the neighbor wanted his gas turned off. 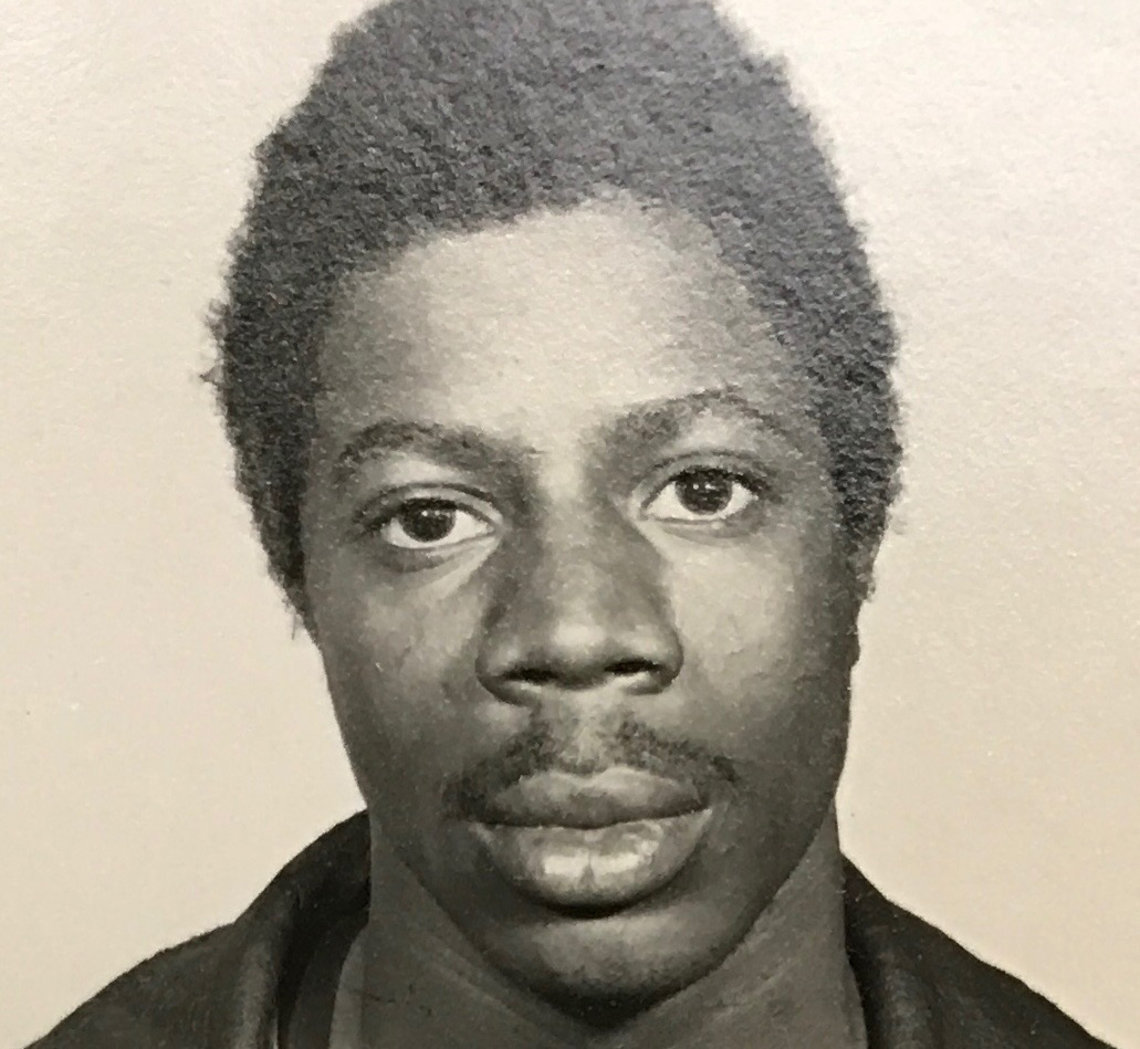 A white man named Lester Sanders was questioned by the police after he was found fondling the victim’s body while it lay in its casket at a funeral home. The cops later told a grand jury that Sanders began confessing to the Wright murder, telling the police details about the crime that only the true killer would have known. But Sanders never was charged, and four decades later no one has explained why. Two months after the murder, in January 1977, Gates was arrested with two others and charged with trying to rob a store. And that’s when the investigation into the murder of Katharina Wright took a dramatic turn.

An informant told the police that Gates had borrowed a gun, claimed to have murdered Wright, and then given the gun back to the informant who then threw the weapon into a nearby creek. The gun was later discovered, test-fired, and found not to have been used to kill Wright. Nor were any fingerprints other than those of the victim and her husband initially found by the cops at the crime scene. But it didn’t matter because by the time the forensics came back the police had a “confession” from Gates — and not just a typed-up one. For the first time in the history of the police department of Columbus, Georgia, the cops taped one of its “confessions,” taped it at the scene of the crime for added effect, and its use at the trial doomed Gates.

Gates’ confession was detailed. He signed a typed document that said he had identified himself as a gas company employee and went to Wright’s apartment dressed as a civilian. Katharina said she had called the gas company because her heater wasn’t working. Why did she let him in? We’ll never know. Gates then allegedly told her he was robbing her to which she responded that she had no money but could give him sex instead. They had consensual sex, according to the confession, and then the story has Gates shooting the woman to death after she said that she would be able to identify him once he left the apartment.

To emphasize their version of events the police took Gates to Wright’s apartment to videotape his “re-enactment” of the crime. The tape shown to jurors had Gates traipsing around the apartment and, pointedly, touching the heater from which fingerprints ultimately would be taken and used against him at trial. Gates then, and later, was considered intellectually disabled, and profoundly so. School records showed the extent of his deficiencies in adaptive reasoning, and his background in special education, a history police and prosecutors knew or should have known about in 1977. But it wasn’t until 1992 that post-conviction attorneys first raised that issue on Gates’s behalf after discovering school records and his post-conviction IQ testing, which showed him in the range of “retardation,” as it was called then.

The police took that taped and written “confession” and supplemented it with the testimony of that downstairs neighbor, the man who swore that Gates was the man he had seen the day of the murder. He swore to this in court even though Gates was 40 pounds lighter and four inches shorter than the 5-foot-10-inch, 170-pound man the witness had described. Prosecutors also told jurors that Gates’ fingerprint had been found at the scene even though the initial police search of the apartment had not turned up any foreign prints. Did Gates touch something during his police-video performance inside the apartment? Like the heater to which he had been directed? Is that how his prints got there?

That was just one of the questions never answered at trial. No surprise, really, since the whole trial took fewer than three days to complete. It took jurors 95 minutes to convict Gates. It took them 58 more minutes to recommend the death sentence against him after a “penalty phase” of a trial that lasted less than two hours. His attorneys raised a number of issues on appeal, trying primarily to get out from under the confession, but they all went nowhere. “We have already noted that the verdict of the jury was not imposed under the influence of passion, prejudice, or other arbitrary factor,” the Georgia Court of Appeals pointedly declared in a 1979 ruling that first upheld Gates’ conviction and sentence.

The story fast-forwards now to 2016. By this time Gates had gotten off the state’s death row because of the U.S. Supreme Court’s 2002 decision outlawing the execution of the intellectually disabled. Faced at last with his school records and cognitive testing results Georgia attorneys agreed to revert his death sentence to a sentence of life without parole. But it is another Supreme Court decision, in 2016, that brings everyone back to court on Monday. In Foster v. Chatman, the justices concluded that Douglas Pullen, the same prosecutor who had tried Gates, had illegally discriminated against a black capital defendant by striking all four black prospective jurors from the case. Pullen had tried to explain those choices, saying he had a “race-neutral” reason for each one, but the court didn’t buy it and Timothy Foster was granted a new trial.

The Foster decision convinced Gates’ current lawyers to renew their claims that his trial, too, was infected by racial bias. And why not? The Foster case had uncovered a pattern by the two prosecutors who handled the Gates case, Pullen and William Smith, in which virtually all black prospective jurors were eliminated from consideration in capital cases involving black defendants. The record in the five cases in which Pullen struck black jurors from the pool was 27-for-27. In the four cases in which Smith made the call he was only able to strike all the black potential jurors three times because in the fourth case, after using 10 strikes to exclude 10 black people, there were still other black prospective jurors.

It says something about the changing nature of Georgia justice that there will even be a hearing to discuss whether Gates should get a new trial. The presiding judge, John Allen, a decorated Vietnam War fighter pilot, knows this case well. He presided over Gates’ successful attempt to get out from under his death sentence 15 years ago. It’s hard to imagine the state’s appellate courts overturning a decision he’d make to give Gates a new trial.

The Gates case is notable as another test of how far the courts are going to go to remedy past episodes of racial misconduct by officials in capital cases involving black defendants and white victims. A new trial here, over the objections of prosecutors, could finally tell us what happened to that white suspect, how Gates’ prints suddenly turned up at a crime scene where before they were absent, and why a robbery suspect would start to fix a gas heater in the home of a woman he then shot in the head. Or, it could convince prosecutors to abandon altogether the case against Gates.