A Bounty of 2018 Podcasts and Films

We share some of our criminal justice favorites of the year.

Those who prefer to get their criminal justice news through watching and listening had a lot of choices in 2018. From a podcast focused on juvenile justice to one that only tells stories of true crime in the world of music, there were too many to list for top picks. But 2018 seems to be the year that entire criminal justice systems became the stuff of gripping narrative. From Serial, season 3 to Flint Town, who could have thought that we’d sit through hours of footage from inside a single courthouse or police department? We’re betting that once you check these out, you will too. — Beth Schwartzapfel

This quirky, lesser-known podcast excels at finding characters and moments that speak broadly to the themes of crime and punishment, finding crimes you never knew existed and historical tales that challenge contemporary assumptions. My favorite episode this year featured an interview with Frank Thompson, the former head of a prison in Oregon. Out of the blue, he was asked to help the state carry out the first execution in more than 30 years. He is unbelievably candid about the experience as he wrestles with all the ethical and emotional ramifications on top of the basic, macabre logistics of the task. — Maurice Chammah 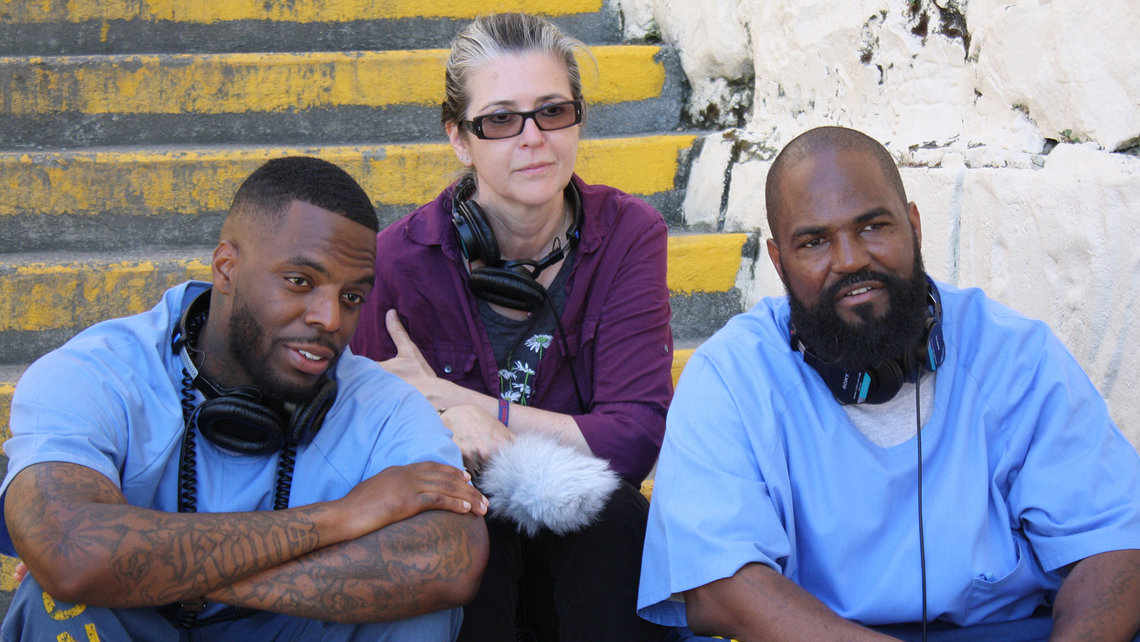 This intimate podcast about everyday life behind bars in California’s San Quentin State Prison continues to bring listeners into a world otherwise hidden from view. With the brilliant storytelling of Earlonne Woods, who was imprisoned in San Quentin, and Nigel Poor, the beauty of Ear Hustle is in its telling of day-to-day experiences through humor, compassion and, at times, sorrow. This year, one standout episode brought listeners into death row, giving a glimpse into that isolated world. One man explained how it felt to leave death row briefly for a medical appointment, his first trip out in 20 years: “When I smelled those roses and when I smelled those trees, it took everything in me not to break down. It just seemed like all my senses, you know, just became alive.” Gov. Jerry Brown recently commuted Woods’ sentence, but he will continue working with Ear Hustle. — Abbie VanSickle

IN THE DARK, SEASON 2

In 1996, someone walked into a Mississippi furniture store and killed four people, a shocking crime in a tiny town. The prosecutor zeroed in on Curtis Flowers, who had briefly worked making deliveries and doing odd jobs for the store’s murdered owner. Despite maintaining his innocence, Flowers was convicted at trial and sentenced to death — a conviction overturned by the state supreme court because the prosecutor overstepped. The prosecutor tried Flowers again, and he was convicted again — and again the verdict was overturned. Six times the prosecutor tried Flowers, and six times the trial ended with a mistrial or a guilty verdict was overturned. In the Dark delves deep into Flowers’s case. In the course of 11 episodes, the reporters make shocking discoveries that may well change the course of the case. — Beth Schwartzapfel

This one bills itself as a podcast about the internet, and very often it’s simply that, with episodes about Pizzagate and getting your Uber account hacked. But someone at that show has a soft spot for good criminal justice stories, and every now and then producers there deliver top-notch stories about unexplored characters in the system. This year there was the two-part story about the quirky transit cop who invented CompStat; a moving look at the deadly consequences of the shutdown of Backpage; and a dive into the surprising origin of the phrase “incel,” which misogynist mass murderer Elliot Rodger and others like him adopted as identity and rallying cry. Come for the nerdy dude sense of humor, stay for the human voices at the intersection of criminal justice and technology. — Beth Schwartzapfel

The best one yet. Sarah Koenig and co. set out to document the everyday churn of one city's justice system — Cleveland. Along the way, they tell us about a bar fight that spins out of control, why so many shootings remain unsolved, what's at stake for young gang members who cooperate with cops, and how a police misconduct case can follow its victim for years. The show manages to be both a robust introduction for criminal justice newbies and gripping, human storytelling in general. These stories highlight the harsh contrast between the justice system’s bureaucratic indifference with the human lives it shapes. — Christie Thompson

One of the biggest federal investigations ever explored was the assassination of Assistant U.S. Attorney Tom Wales weeks after September 11, 2001. No arrest has been made. What gives? The podcast Somebody Somewhere takes listeners inside with page-turning story telling. Some official decisions fall into the “what the hell were they thinking” category with deadly consequences. — Joseph Neff 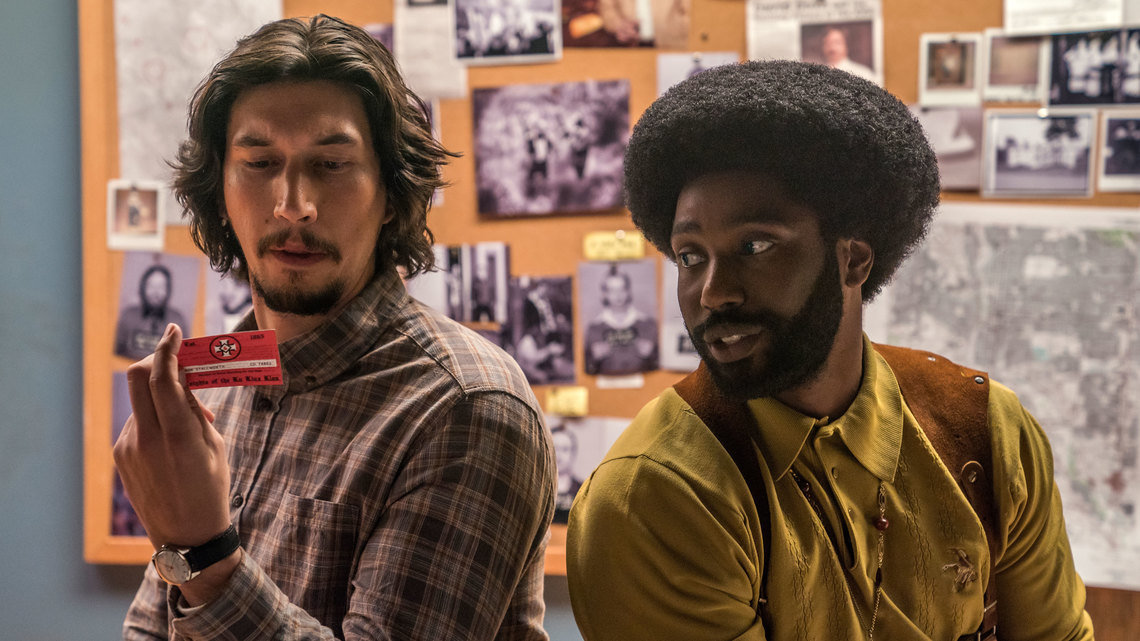 This Spike Lee-directed film tackles an amalgamation of heavy topics: Integration in policing, the Ku Klux Klan, anti-Semitism, female leadership in the Black Power Movement, and more. The shocker is that humor makes the film easy to digest. — Simone Weichselbaum

Marilyn Ness’s documentary depicts the relationship between the Baltimore Police Department and the city’s residents after three years of escalating violence. The residents of Rose Street, a community in Baltimore’s Eastern District, become violence interrupters to try to de-escalate incidents on the streets. The film does not vilify the police, but recognizes that the lack of trust between the force and city residents has contributed to the approval of a consent decree by a federal judge in 2017. — Celina Fang

A look at the New York Police Department and its onetime policy of enforcing arrest quotas. That system was allegedly stopped in 2010, but 12 officers sued the department because they said that it continued and that they were punished by brass for refusing to participate. The film weaves three threads into a tight story. There are the 12 officers, who detail harassment they experienced, the NYPD, who insists the policy no longer continues, and the case of Pedro Hernandez. Hernandez is a teenager who was falsely accused of a shooting and who was successfully freed by Manny Gomez, an investigator who works the case. If you’re interested in the workings of the NYPD, Stephen Maing’s film is worthy of your time. — Marcia Davis

Would you confess to a crime you did not commit? There are people who do. Attorney Jane Fisher-Byrialsen interviews a man who was her client, Korey Wise, one of the falsely accused Central Park Five. Wise was one of five teenagers who went to prison for a brutal rape of the woman who became known as the Central Park jogger. She also interviews Renay Lynch, another client who is still imprisoned -- now for more than 20 years. The stories of two others are also told, Malthe Thomsen, a Danish intern accused of child abuse, and Lorenzo Montoya, a teenager who was coaxed into confessing to killing a high school teacher. The film is directed by Katrine Philp. — Marcia Davis 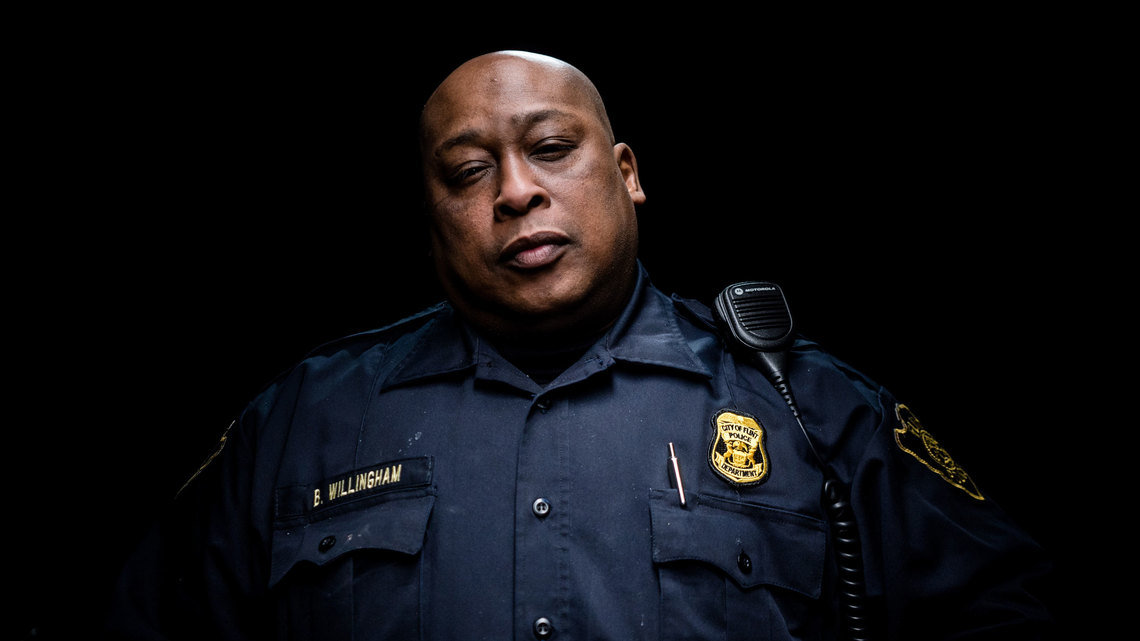 Officer Brian Willingham of the Flint Police Department, from the film, "Flint Town."

In this excellent eight-episode series, Jessica Dimmock, Zack Canepari and Drea Cooper spent 20 months documenting the Flint, Michigan police department after toxic levels of lead leached into the city’s water supply. The cinematography is beautiful, and the filmmakers got incredible access to the police officers and city officials. In a city that is the ninth most violent in America, the film shows the officers struggling with keeping up with 911 calls and dealing with budget cuts. — Celina Fang

This is a movie about a police shooting that you never see. It’s an interesting cinematic choice in a world where police shootings are played and replayed endlessly across the internet, spewing trauma in their wake. We watch characters watching the video of the shooting. We see how the video itself destroys, warps and redirects the lives of several Brooklyn residents, from a black cop on the beat to a teenage athlete preparing for the game of a lifetime. Turning away from the violence itself means focusing instead on the wide swath of collateral damage that such shootings inevitably wreak. The film includes some lovely and nuanced acting, with another star turn from John David Washington, who seems to be everywhere these days. And deservedly so. — Carroll Bogert

Need a primer on the legacy of U.S. Supreme Court Justice Ruth Bader Ginsburg? Long before landing a seat on the high court, RBG, as the cool kids call her, impacted the lives of countless women in this country. This documentary is a great lesson on Ginsburg’s early career as she used the courts to legally cement equal rights protections for women. — Simone Weichselbaum

SAY HER NAME: THE LIFE AND DEATH OF SANDRA BLAND

Sandra Bland was 28, driving in Waller County, Texas, the day she was pulled over and ultimately arrested for a minor traffic violation. It was 2015, and three days later she was dead, supposedly at her own hand. It’s not something that her family was ready to believe, and not something that those in the Black Lives Matter movement and beyond believed either. National protests erupted. Directors Kate Davis and David Heilbroner began working on their film soon after, interviewing family -- her mother and sisters -- and the family attorney, as well as authorities in Texas about what happened. Bland also partially narrates the movie. The filmmakers use video she’d taped before being arrested as part of her own activism. — Marcia Davis

Rudy Valdez, the director of "The Sentence."

When Rudy Valdez’s sister received a mandatory 15-year prison sentence on a conspiracy charge for knowing that her boyfriend dealt drugs, he knew she would miss watching her three girls grow up. So he picked up a video camera and began filming their birthdays, school plays and countless fleeting moments that Cindy Shank would never see. What started as a home movie soon became a passion project that he thought could grippingly convey the absurdity and damage of one-size-fits-all drug laws. — Justin George

Four years after Ferguson, Americans are still questioning how law enforcement agencies in their country embraced the kinds of tactics, weapons and protocols once associated with the military. I never understood why this mini-series garnered a minimal following and middling reviews, because it brilliantly recounts a crucial moment in the development of this state of affairs, showing the internal battle within the FBI about how to negotiate with potentially violent fringe groups. Taylor Kitsch is riveting as David Koresh, the leader of the Branch Davidian religious movement, but the central force here is Michael Shannon as Gary Noesner, the FBI agent who fights to use language where his peers want to use all the new military toys they’ve acquired. — Maurice Chammah

Correction: An earlier version of this story misspelled the name of the Serial podcast host, Sarah Koenig. A photo caption also misidentified Antwan Williams, a co-founder of the Ear Hustle podcast, as a co-host.