Finish the year strong with journalism that makes a difference.

Journalism faced grave threats in 2018. President Donald Trump intensified his assault on the press as reporters around the world faced historic levels of violence. Meanwhile, we’re learning more about a war of disinformation waged against the American people on social media platforms. At The Marshall Project, our greatest act of resistance against these attacks is to keep doing what we do best: evidence-based journalism that keeps powerful people and institutions in check. Below we’ve compiled some of our finest work of the year, including deep data-driven investigations, ambitious multimedia projects and storytelling that amplifies the voices of those most affected by our broken criminal justice system. Thank you for reading. We hope you’ll keep following us in 2019. 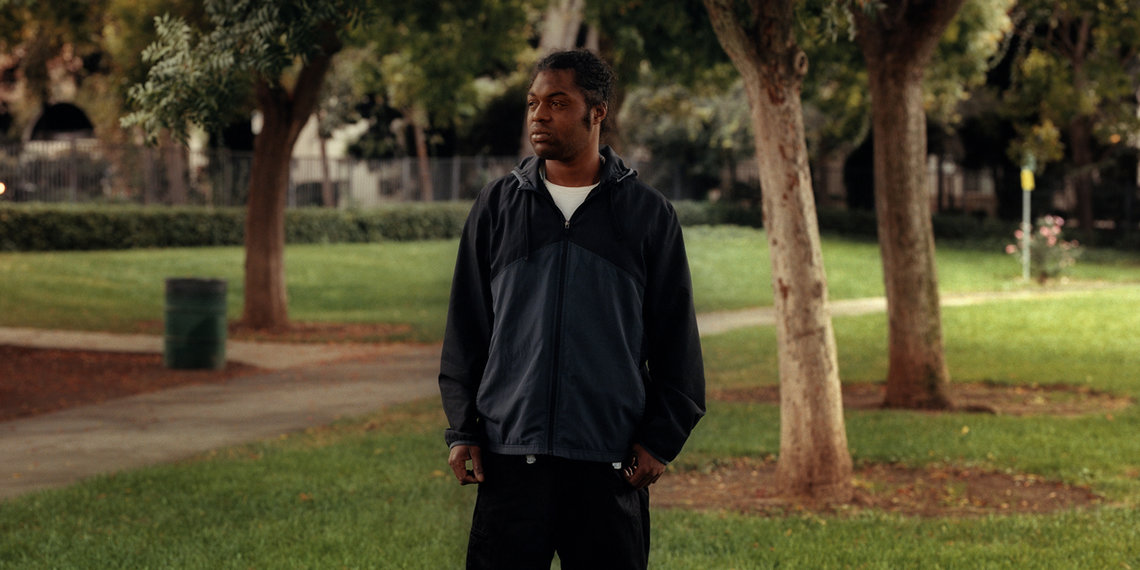 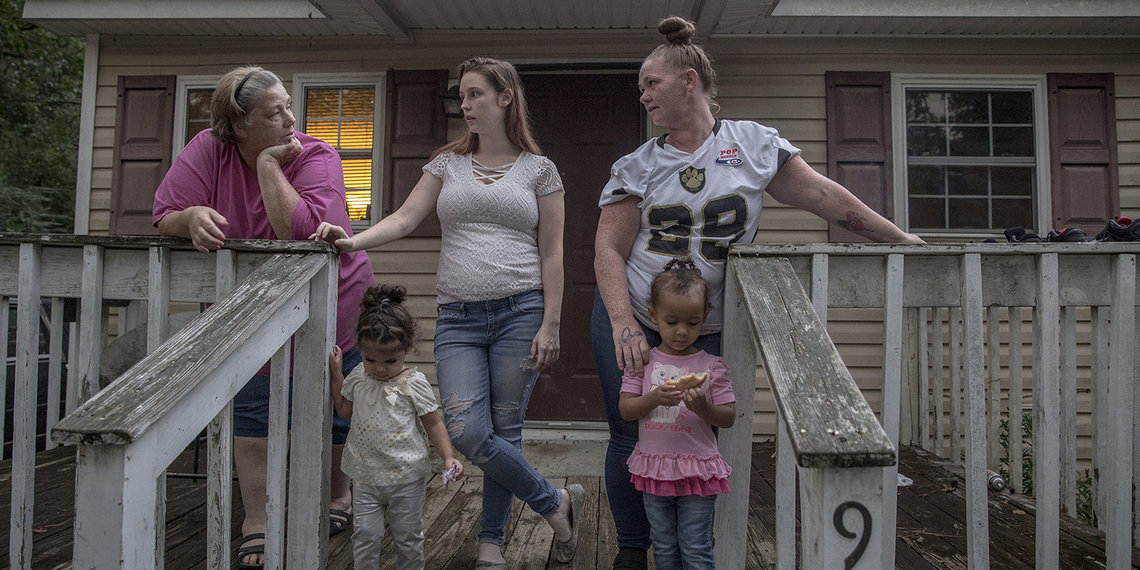 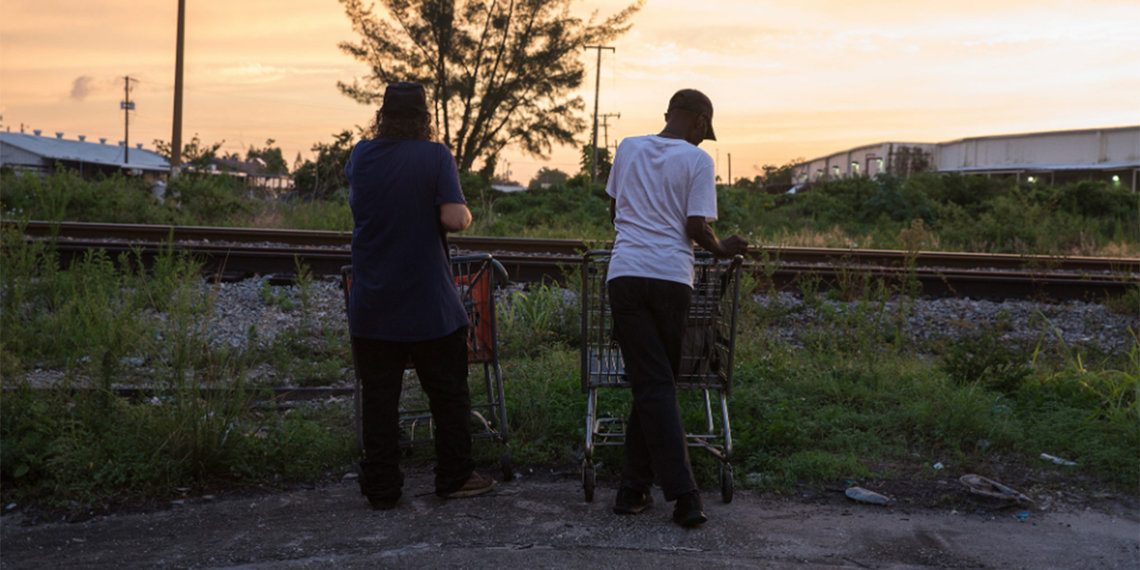 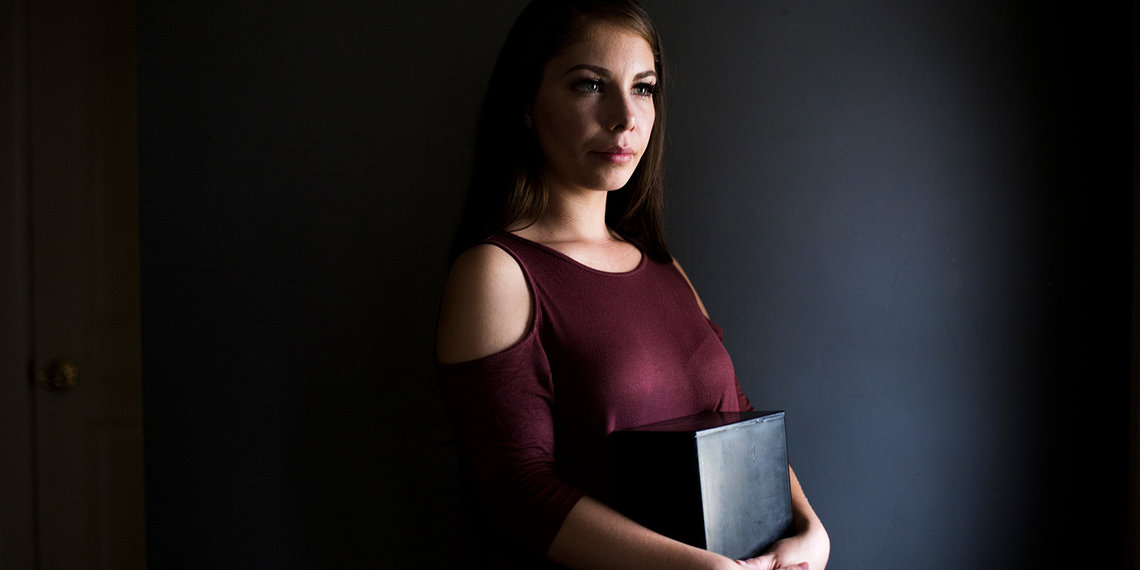 For some who are condemned to die, execution seems preferable to living on death row for decades in harsh conditions waiting out legal appeals. Maurice Chammah told the story of Scott Dozier, a Nevada prisoner whose unmet demand to be executed illustrates the nation’s ambivalence toward the death penalty. Partner: Mother Jones

Disorder in the court

Julia Preston spent a week in Laredo, Texas, at one of President Trump’s improvised immigration courts and found chaos, confusion and delays. Some detainees had been lost in the system for months. Many others were deported without ever having the chance to tell a judge why they fled to America in the first place. Partner: This American Life

How did this conservative, NASCAR-loving patch of Florida elect a sheriff from South Philly who defends undocumented immigrants and won the endorsement of the NAACP? Simone Weichselbaum and John Carlos Frey reported on the unlikely rise of Michael Chitwood, a self-styled reformer in Trump country. Partner: PBS Newshour

Under a law dating back to the 1850s, Tennessee allowed county jails to ship people awaiting trial to state solitary confinement. That meant that sick, mentally ill, pregnant and juvenile prisoners who had not been convicted of a crime were being held in isolation. Three months after we published Allen Arthur’s investigation, the governor signed a law making changes to this punitive practice. Partner: USA TODAY NETWORK–Tennessee

How should we handle the increasing numbers of prisoners who are old, sick and dying? The federal Bureau of Prisons has a program to address this very issue, called compassionate release. But Christie Thompson found that the agency rarely ever uses it, even for those convicted of non-violent offenses. One man, whose 87-year-old father was handcuffed to a bed while unconscious, said of the prison system, “There’s no humanity in there.” Partner: The New York Times

Whether criminal justice policy reduces recidivism should not be the only measure of its effectiveness, Jeffrey A. Butts and Vincent Schiraldi argued in this Marshall Project commentary. That’s "like using a school’s dropout rate to measure the success of teachers,” they wrote. “It may be pertinent, but it is inadequate and often misleading."

According to President Trump and almost half of Americans polled on the subject, immigrants make crime worse. But that’s not what the data shows. With an interactive data visualization, Anna Flagg demonstrated that in city after city across the U.S., while the immigrant population increased in the past few decades, crime was stable or fell. Partner: The Upshot, The New York Times

After spending three decades on death row for a rape and murder they didn't commit, two intellectually disabled brothers were exonerated and won hundreds of thousands of dollars each from the state. Then they faced yet another injustice: People who were supposed to help them scammed them out of their settlement money. After Joe Neff reported on the brothers’ plight, their lawyer was charged with misconduct by the North Carolina state bar. Partner: The New York Times

Nearly 2,000 surveillance cameras were installed at Attica Correctional Facility, one of America’s most notorious prisons. Then the number of officers who claimed to be assaulted by prisoners fell dramatically. That’s no coincidence, wrote our incarcerated contributing writer John J. Lennon, who suggests that the cameras have made officers less inclined to make bogus allegations. Partner: Vice

The evidence against Lukis Anderson looked convincing: His DNA had been found on the fingernails of a murder victim. But after Anderson spent several months in jail, the police discovered they had the wrong guy. Katie Worth examined how DNA—long considered the gold standard in forensic investigations—can implicate innocent people. Partners: PBS Frontline and WIRED 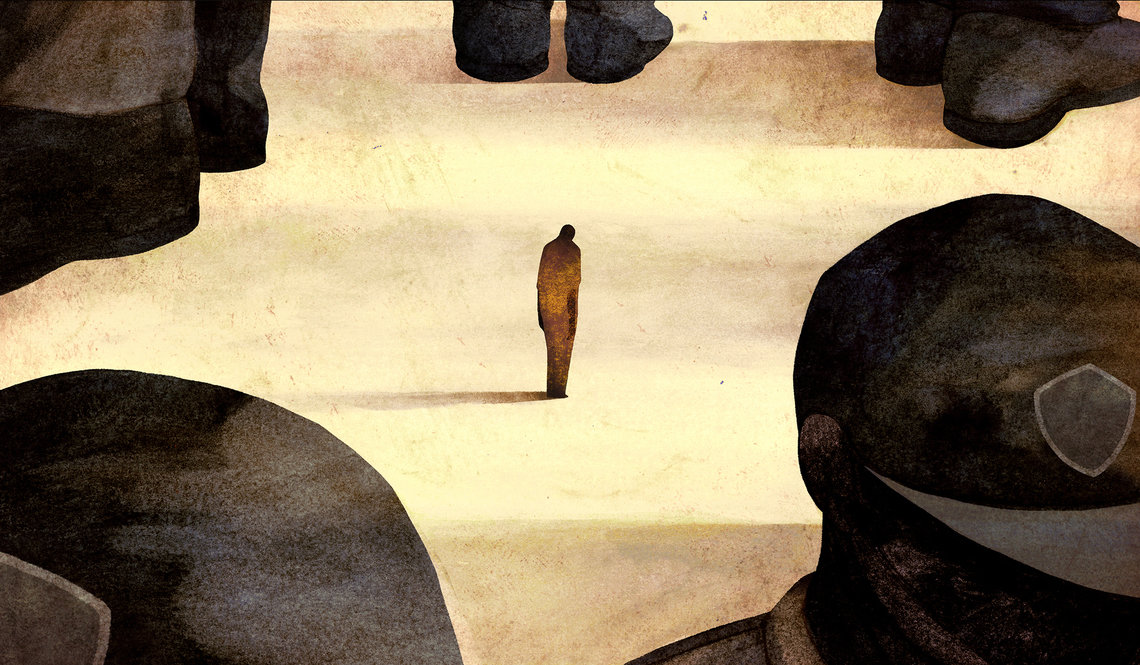 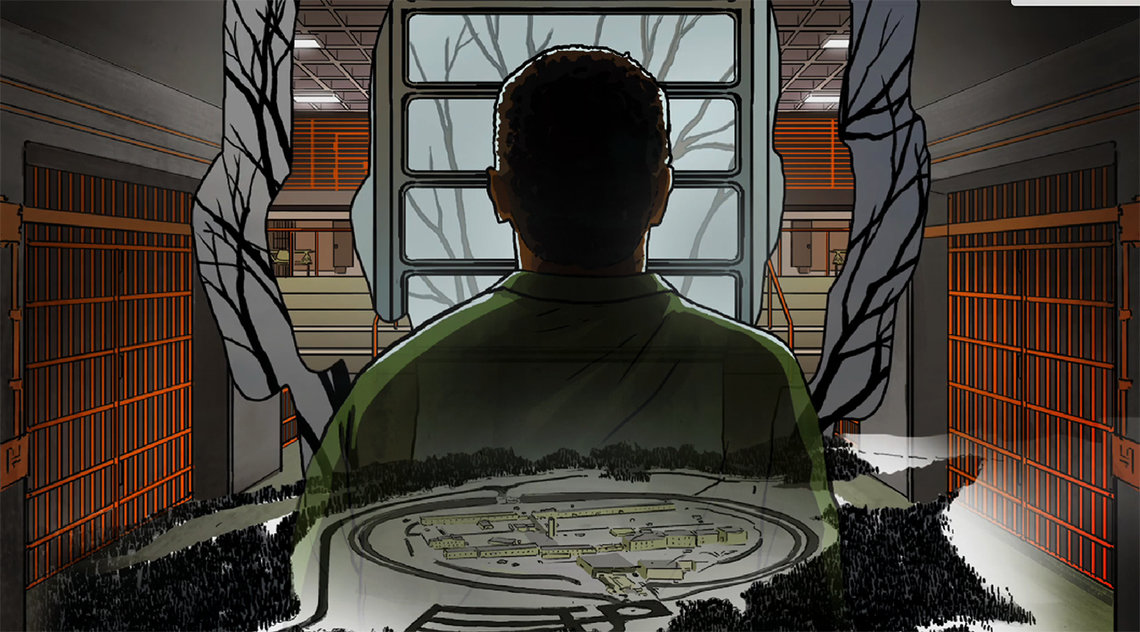 When Lawrence Bartley first submitted an essay for our “Life Inside” series, he had already been turned down for parole once, despite a stellar record of personal and academic accomplishments, after being incarcerated in New York state prisons for 27 years. By the time we published his story, he had won parole and was less than a week from going home. Bartley, now a communications associate at The Marshall Project, says that writing helped him navigate the stress and depression he felt during the parole process and hopes that documenting his experience will prove helpful to others, including his former neighbors at Sing Sing Correctional Facility. Partner: Vice

More than 40 years ago, an all-white jury convicted Johnny Lee Gates, a black man, of murdering a white woman. Court records unsealed earlier this year provide some of the most damning evidence yet of prosecutors’ racist tactics during Gates’ trial. Now, he may finally get a new day in court. Andrew Cohen reported on the developments for our “Case in Point” series. Partner: The Takeaway

Last May, a man who had been convicted on multiple fraud and identity theft charges was sentenced to three and a half years in prison. But there was a problem: No one knew who he was, not even the judge who sentenced him. Justin George reported on this mystery man, whose story sheds light on how incarcerated people are vulnerable to identity thieves.

There’s a public high school in New Orleans that is unlike virtually any other in America: It’s housed inside of an adult jail. The students are being prosecuted as adults and face decades in prison. They also study trigonometry, biology and English. "Every day,” wrote Eli Hager, who reported both a radio and print feature on the Travis Hill School, "its students would ask themselves whether they were defined by their classroom or their cell.” Partner: This American Life

Just how lucrative is the bail bond business? Data collected by the state of Mississippi and obtained by Joe Neff show how the industry is raking in millions from people charged with petty crimes. One agent likely took home more than a million dollars in just 18 months, with almost half coming from people charged with low-level offenses such as shoplifting or traffic- or alcohol-related charges. Partner: USA TODAY NETWORK–Jackson (Miss.) Clarion-Ledger

How do people who have been incarcerated for long stretches of their lives adjust to the free world once they’re released? As Nicole Lewis reported, some prison officials are experimenting with virtual reality as a way of preparing prisoners for life on the outside. An official described one man’s reaction to a VR experience of a modern grocery store: “When he took the headset off, he had tears streaming down his face, and the first thing out of his mouth was, ‘What else in the world has changed?’”

An estimated half-million New Yorkers are undocumented. What is it like for them to live in this “sanctuary city” under President Trump? About a dozen reporters interviewed more than 100 people for a multimedia package capturing the lived experience of the current immigration crackdown in a city that is supposed to be a haven for non-citizens. With photo editing by Celina Fang, development by Gabe Isman and Katie Park, design by Alex Tatusian and graphics by Anna Flagg. Partner: New York Magazine

Chicago, home to the country’s single largest jail site, a history of horrific police abuses and rampant gun violence, is fertile ground for a reform prosecutor like Kim Foxx. But as our contributor Steve Bogira found while reporting a fly-on-the-wall portrait of her first year in office, not everyone in town welcomes Foxx's progressive approach. Bogira’s story is one of five narrative dispatches featured in our series about justice in Chicago, edited by Mark Warren. Others describe the fight for reparations for the victims of police torture; the prosecution of a suburban gun-runner; the psychological wasteland of Cook County Jail; and the tale of an unlikely friendship between cellmates. Partner: Amazon Original Stories

In 1999, Andrew Goldstein, suffering from severe schizophrenia and off his medication, pushed 32-year-old Kendra Webdale into the path of an oncoming subway train. Her death led to the passage of “Kendra’s Law,” which established a stringent outpatient regimen for patients like Goldstein. Almost two decades later, as he prepared to leave prison, our editor-in-chief Bill Keller collaborated with John J. Lennon at Sing Sing to tell Goldstein’s story from both sides of the bars. Partner: New York Magazine

Every state maintains a pot of money to help ease the financial burden of being a victim of crime. But seven states bar people from receiving funds if they have a criminal record themselves. In this investigation, Alysia Santo showed how the rules disproportionately hurt black crime victims and their families. Partner: Reveal from The Center for Investigative Reporting and the USA TODAY NETWORK

How do you live in a society that no longer wants you? That’s the question Beth Schwartzapfel and Emily Kassie explored in their immersive report on homeless sex offenders in Miami-Dade County, Florida, who struggle to find even a place to camp as they navigate some of the most restrictive housing laws in the country. Partner: Longreads

Christie Thompson and Taylor Elizabeth Eldridge mined data to expose how mental health staff in federal prisons are sloughing prisoners from their caseloads, even those with a long history of psychiatric problems. Their story also put a human face on the crisis. With graphics from Yolanda Martinez. Partner: The Washington Post

Thousands of people in New York state correctional facilities have been diagnosed with mental illness. Their stories go mostly unremarked upon, but Tom Robbins pieced together the details of one man's troubled life and death. It’s a painful illustration of how ill-equipped prisons are to deal with the mentally ill and a reminder of how such tragedies are often hidden from view. Partner: The Atlantic

Tales of family separation have dominated this year's headlines. But fewer people know that incarcerated parents have been losing their right to raise their children for years. Eli Hager and Anna Flagg analyzed millions of child welfare records to demonstrate how this most devastating collateral consequence of incarceration has affected thousands of families. A short documentary from Emily Kassie and Sutton Raphael profiled two parents who have suffered these losses. Partners: The Washington Post and NBC Left Field

California has shrunk its prison population thanks to a series of measures that reduce sentences for many crimes and steer offenders to county facilities. For years, critics have cautioned that these reforms would lead to a surge in crime. Are they right? Abbie VanSickle and Manuel Villa analyzed the data and found that violent crime has gone up since the reforms were enacted. The tougher task will be figuring out why. Partner: The Los Angeles Times