Our 2019 Picks for Criminal Justice in Movies, TV and Podcasts

The Marshall Project staff shares some of our favorite things to watch and listen to.

At The Marshall Project, we’re always on the lookout for deeply reported journalism and incredible books about the criminal justice system. But let’s be real, sometimes it’s just as satisfying to binge-watch a show. Luckily, 2019 was a particularly good year with its surfeit of nuanced and illuminating depictions of criminal justice. Films and documentaries brought more visibility and gave voice to currently and formerly incarcerated people. Netflix presented a slate of critically acclaimed series based on true events—including our Pulitzer Prize-winning story, “An Unbelievable Story of Rape.” Podcasts probed for truth through spellbinding narratives that kept us pressing play. As we head into a new decade, we collected some of our favorite films, shows and podcasts of 2019. — Tatiana Craine

A generation ago, filmmakers had a much easier time getting into prisons, and some of the best documentaries about the death penalty took us into decrepit death-row cells and execution chambers (see Bruce Jackson's “Death Row” or Paul Hamann's “Fourteen Days in May”). Now that prisons have restricted access so thoroughly, filmmakers have to work with limitations, and the British team behind “The Penalty” found a way to give us something even more important: emotional access. They take us inside the home of a murder victim's family as they debate whether the murderer should be killed. We then see a defense lawyer, at home and in his office, as he faces a client's execution. We meet a man who was exonerated from death row after proving his innocence and has embraced his freedom in an especially symbolic way, working as a long-haul trucker. Although the filmmakers clearly oppose the death penalty, they don't offer easy answers to how society should respond to murders, so the film is, as all good films should be, a spur to more conversations about the meaning of justice. — Maurice Chammah

IF BEALE STREET COULD TALK

Based on the James Baldwin novel, “If Beale Street Could Talk” is a beautiful, devastating look at how a wrongful conviction (or any prison sentence) ruptures lives of far more than just the person behind bars: the families, the victims, the generations to come. Scenes and images as simple as a phone call through a glass window carry an entirely different punch under Barry Jenkins' direction, driving home the violent separation so many black families must endure. I saw it last winter, and it has stuck with me ever since. (The film was released in late 2018 after our year-end list was published and was too good not to recognize.) — Christie Thompson

IT’S A HARD TRUTH, AIN’T IT

This year, HBO put out two films by director Madeleine Sackler, both of which were—and I can't stress how big an achievement this is—filmed in Pendleton Correctional Facility, a maximum-security prison in Indiana. “O.G.” is fictional and stars Jeffrey Wright across from incarcerated actor Theothus Carter (see our interview with him here). The other film, a documentary called “It’s a Hard Truth, Ain’t It,” is more likely to be overlooked because it doesn't have a big star, but it shouldn't be neglected. Sackler enlisted 13 men incarcerated at the prison to co-direct with her. The film aims to tell the stories of the men’s lives before prison, along with their own debates with one another about how best to tell these stories. It's a narrative hall of mirrors. Animated segments about their pasts shapeshift as they make increasingly nuanced decisions about how to present their struggles. This may sound heady, but the result isn’t; you’re devastated by the stories even as you admire the hard-earned wisdom of the storytellers. (Here's our own Celina Fang's piece on the film.) — Maurice Chammah

In Laure de Clermont-Tonnerre’s “The Mustang,” a prisoner finds some semblance of freedom after he joins a work detail that domesticates wild horses for auction. When Roman Coleman (Matthias Schoenaerts) emerges from solitary confinement, he’s returned to the general population and given an unglamorous job: cleaning up after horses. Immediately, Roman is drawn to the lone, unbroken mustang bucking around a small metal enclosure. Eventually, Roman works his way up from shit-shoveler to horse trainer. There’s an obvious kinship between the two: both are cooped up and being broken by a system neither wants to be in. Together, Roman and his horse Marquis soften each other’s edges, and Roman learns how to reconnect with people after so long in isolation. “The Mustang” takes cues from Nevada’s real-life Saddle Horse and Burro Training Program and features some formerly incarcerated people who were participants. There are plenty of opportunities for the film to veer into sentimental territory, but de Clermont-Tonnerre’s direction harnesses strong performances by Schoenaerts and Bruce Dern that ground “The Mustang.” Schoenaerts has also taken an interest in criminal justice off the big screen as part of Rescaled, a Belgian initiative that aims to shift incarceration from large institutions to small-scale and community-integrated detention. — Tatiana Craine

It’s hard to name any book that has had a greater impact on America’s criminal justice conversation than “Just Mercy,” the 2015 memoir by Bryan Stevenson. Now his story will reach millions more through the movie by the same name, starring Michael B. Jordan as Stevenson. The film focuses on just one of Stevenson’s many wronged clients: Walter McMillian, a black man in rural Alabama accused of murdering a white woman, and ironically tried and convicted in the very courthouse that “To Kill A Mockingbird” made famous. Actor Tim Blake Nelson is a marvel as the prison snitch who recants his testimony against McMillian, who is beautifully portrayed by Jamie Foxx. The movie doesn’t flinch from indicting the racism embedded in the criminal justice system as evidenced in a final courtroom peroration from Stevenson. This film is going to wake up a lot of audiences to America’s number one human rights problem. — Carroll Bogert 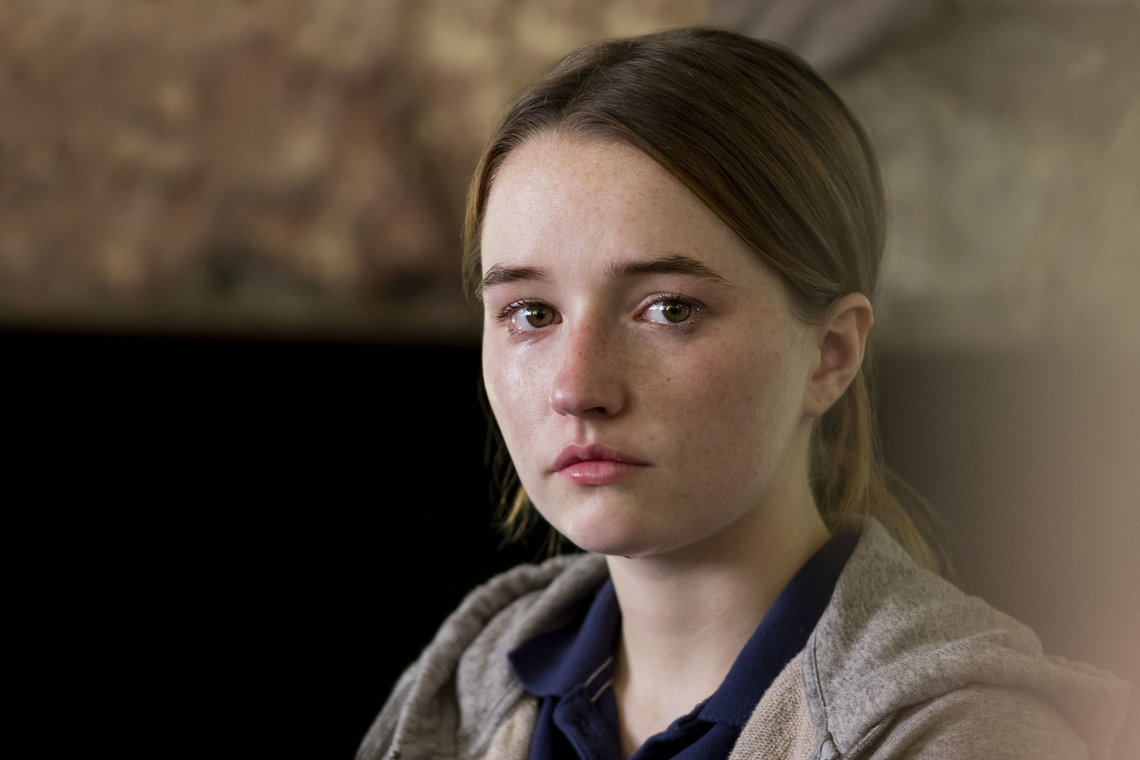 Kaitlyn Dever as Marie in "Unbelievable," based on the Marshall Project/ProPublica story by Ken Armstrong and T. Christian Miller.

Netflix’s adaptation of The Marshall Project and ProPublica’s Pulitzer Prize-winning article by Ken Armstrong and T. Christian Miller brings new life to the story of a young woman whose rape testimony wasn’t believed—and how it turned her life upside down. After a difficult childhood, 18-year-old Marie (Kaitlyn Dever) tries to get on her feet. After her rape, she encounters pushback from her foster parents, community members and police, who suspect she’s lying. She’s forced to relive the night over and over, and “Unbelievable” underscores how the whole ordeal feels like a series of new assaults. Marie retreats so far into herself that she recants and says that it didn’t happen, that it was all a dream—anything to make it all go away. While Dever anchors “Unbelievable” with her devastating star turn, Merritt Wever and Toni Collette deliver phenomenal supporting performances as a pair of detectives who team up in a relentless quest to find the truth behind a series of seemingly unrelated assaults. Created by Susannah Grant, Ayelet Waldman and Michael Chabon, “Unbelievable” is a deeply humane look at a broken system and how sexual assault can destroy people’s lives. — Tatiana Craine

WHEN THEY SEE US

The Central Park jogger case resulted in five wrongful convictions of children for a rape they didn’t commit. It also ushered in an era of hyperbolic media coverage, particularly of juvenile crime—remember “super predators?”—that helped drive many years of mass incarceration. In “When They See Us,” Ava DuVernay, director of the influential documentary “13th” as well as several beautiful feature films, takes the viewer back to the spring of 1989 and how the whole shameful episode unfolded. Actor Jharrel Jerome won an Emmy for his remarkable portrayal of Korey Wise, who received the heaviest prison term even though he was literally nowhere near the park on that fateful night. A brash young real estate investor named Donald Trump took out a full-page ad in the New York papers calling for the death penalty for the five boys, even before their trial. Among the film’s achievements, it has persuaded many people to stop referring to the “Central Park Five.” They are, in fact, the #ExoneratedFive. — Carroll Bogert

From Martin Scorsese to Bong Joon-ho, it seems like everyone had something to say about superheroes this year. HBO’s “Watchmen” offers the antidote to the Marvel industrial complex with smart commentary and a stellar cast including the inimitable Regina King as cop-turned-vigilante Angela Abar. This isn’t a straight adaptation of Alan Moore and Dave Gibbons’s seminal graphic novel; instead, showrunner Damon Lindelof has given the original “Watchmen” world a stunning transformation. The first episode opens with the very real 1921 massacre of black residents in Tulsa, Oklahoma. From there, the show dives into an alternate contemporary America where reparations are being paid, superheroes are outlaws and cops don masks to hide their identities. Without pulling any punches, “Watchmen” takes on race, policing and vigilantism in America by deftly using this fictional world to seek truths in our own. You don’t have to be familiar with the source material to watch the show, but it helps—and honestly, you should read it anyway. — Tatiana Craine

In 1999, Patrick Murphy murdered George Jacobs in Oklahoma and was convicted and sentenced to death in state court. Murphy's guilt was never really in dispute, and it would have been a cut-and-dried case, but for one thing: Both Murphy and Jacobs are members of the Creek Nation, and the site of the killing may turn out to be tribal land. Murders committed by what the podcast describes as "Indians in Indian Country" must be prosecuted in federal court, but the question of whether this slice of Oklahoma is "Indian Country" is a fascinating, complex and bloody one, marked (not surprisingly) by land grabs, broken promises and an 1839 assassination. This eight-episode podcast, hosted by Rebecca Nagle, a citizen of the Cherokee nation, ably spins all this history into a compulsively listenable series, perfectly timed as the Supreme Court decides the fate of both Murphy and of a large swath of eastern Oklahoma, home to 1.8 million people. If the Court rules in Murphy's favor, it could re-establish more than 3 million acres—which includes the city of Tulsa—as reservation land. The decision could have such sweeping implications that the justices have put off a decision and scheduled it for re-argument next year. — Beth Schwartzapfel 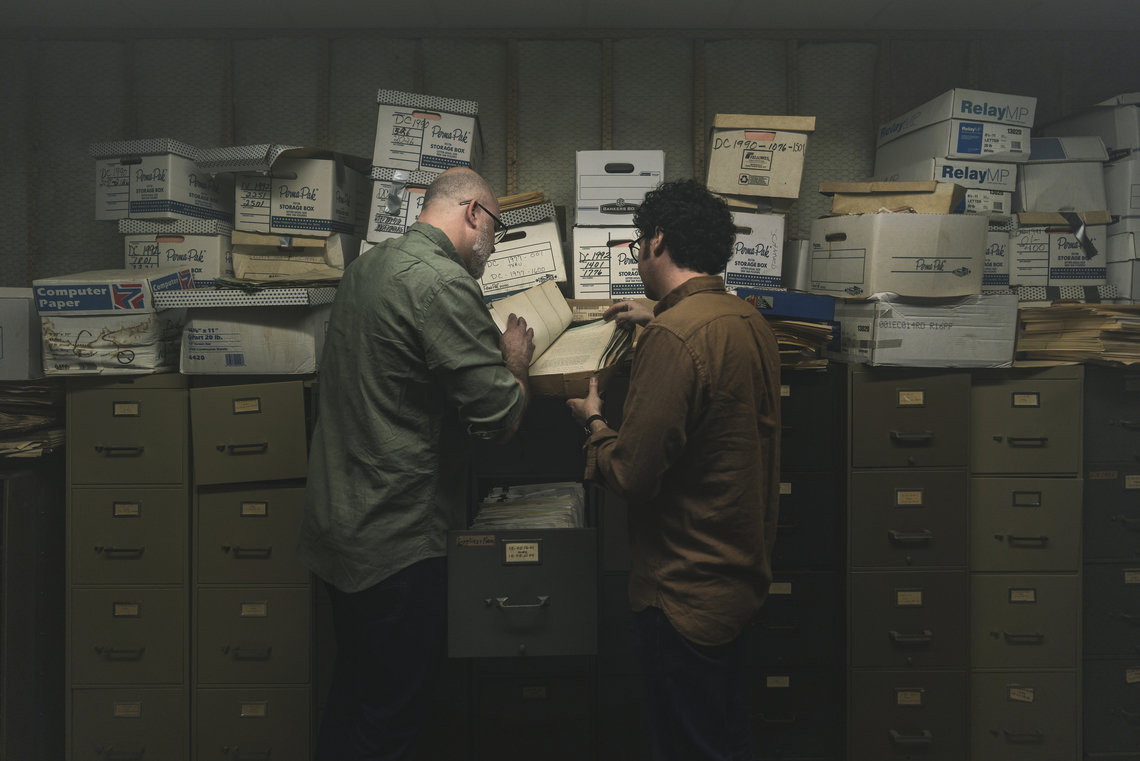 In 1965, James Reeb, a white Unitarian minister traveled from Boston to Selma, Alabama, in a show of solidarity with marchers who had been brutalized on Bloody Sunday. There, he was beaten by a mob of segregationists and later died from his injuries. Three men were tried and acquitted for the murder, even though it was an open secret they were guilty, and there were whispers of a fourth man who participated in the murder but was never tried. In this riveting podcast, journalists Chip Brantley and Andrew Beck Grace put Reeb's murder at the center of a much larger story, about the civil rights movement, the ugliness and brutality of racism that persists to this day, and about the self-serving secrets and lies layered over white Southerners' understanding of that period. The hosts, themselves white Southerners, are bracingly honest and self-reflective about their own upbringings and use “White Lies” in an earnest attempt to begin to tell the truth. — Beth Schwartzapfel