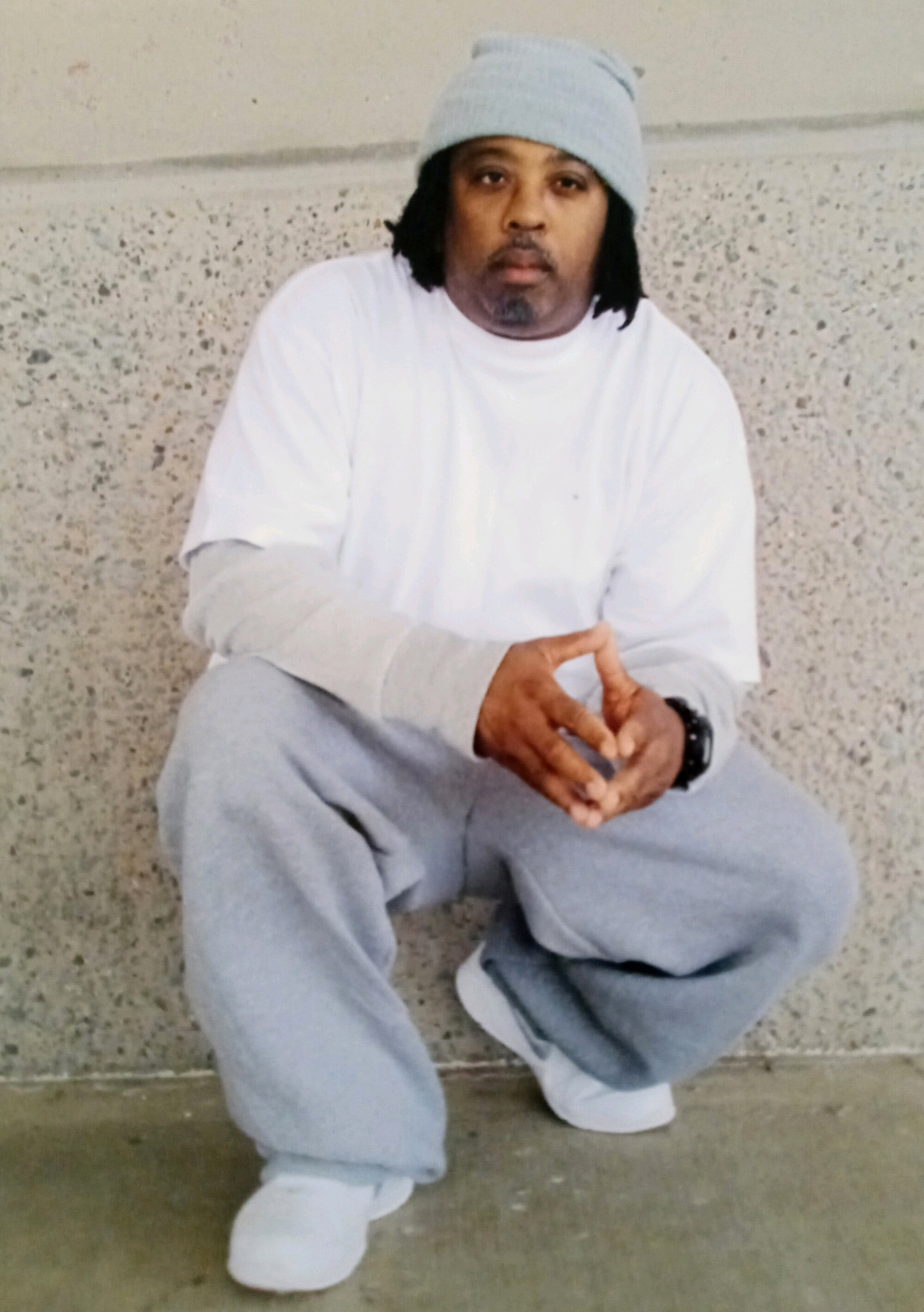 The last time Sean McQuiddy called home from federal prison, it was just before Christmas in 2020, and he had grim news: He’d tested positive for COVID-19.

This story was published in partnership with The Guardian.

“If I don’t make it out of here,” his brother recalled him saying on the call, “just know that I love you.”

McQuiddy, a 54-year-old man from Nashville, Tennessee, was 23 years into a life sentence for selling crack. The two dozen other defendants in his case had already gotten out, including his younger brother Darrell, who had scored a reduced sentence a few years back.

But due to a technicality, Sean wasn’t so lucky. And when the pandemic hit, he was worried: He was overweight, with high blood pressure, asthma and other breathing problems. In August, he begged prison officials for compassionate release, citing the heightened threat of the virus. But court records show the warden ignored his request. Four months later, McQuiddy started coughing.

Tens of thousands of federal prisoners applied for compassionate release after the virus began sweeping through lockups. But new Bureau of Prisons data shows officials approved fewer of those applications during the pandemic than they did the year before. While the BOP director greenlit 55 such requests in 2019, a new director who took over in early 2020 approved only 36 requests in the 13 months since the pandemic took hold in March 2020. The downturn in approvals came even as the number of people seeking compassionate release skyrocketed from 1,735 in 2019 to nearly 31,000 after the virus hit, according to the new figures. 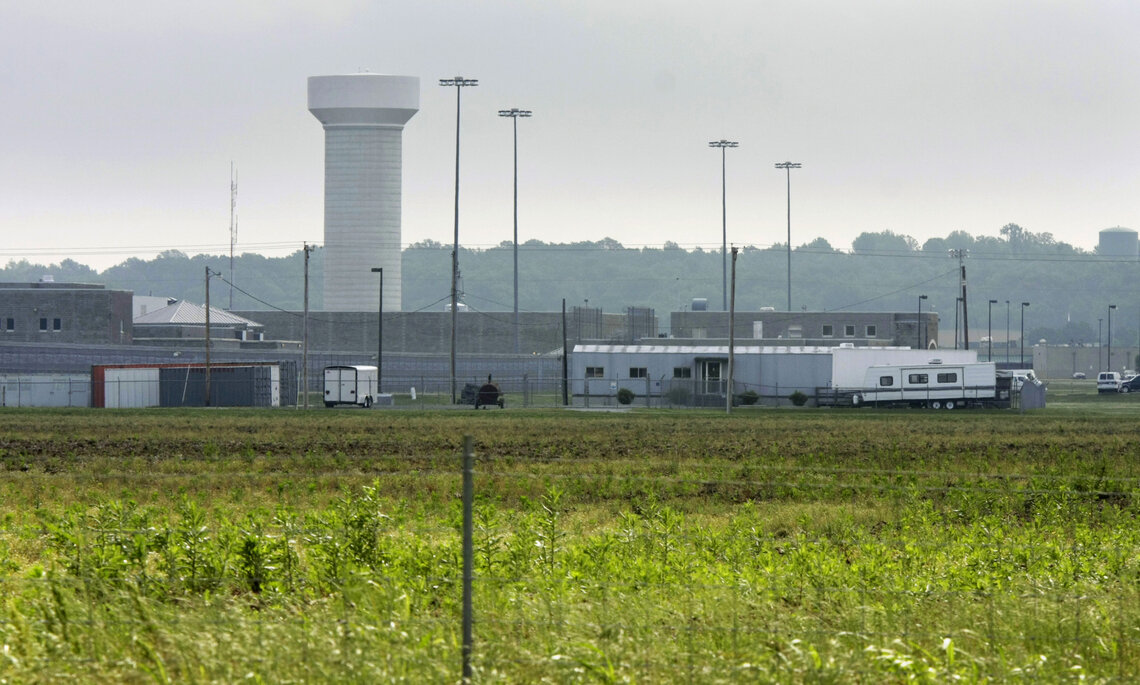 The Bureau of Prisons’ Forrest City facility in Arkansas, where Sean McQuiddy contracted COVID-19 while incarcerated. Opposing his request for compassionate release in court, prosecutors wrote: “COVID-19 is not fatal in most cases.”

Because the numbers were compiled for members of Congress, BOP spokesman Scott Taylor said the agency would not answer any questions about the data, “out of respect and deference” to lawmakers.

But Shon Hopwood, a Georgetown law professor, called the bureau’s decrease in compassionate releases during the pandemic “mind-boggling.”

“They let people die in prison that shouldn't have had to die,” he said.

Federal judges have stepped in to release thousands of people in the face of BOP inaction. And the bureau continues to face intense scrutiny and several lawsuits over its handling of COVID-19. Since the first reported case last spring, more than 49,000 federal prisoners have fallen ill and 256 have died, according to corrections data tracked by The Marshall Project.

Thirty-five of those who died were waiting for a decision on their release requests — including McQuiddy.

People in federal prisons seeking release during the pandemic have two main ways to get out early. One is home confinement, which allows low-risk prisoners to finish their sentences at home or in a halfway house. They’re still considered in custody, and the decision to let them out is entirely up to the Bureau of Prisons. As COVID shutdowns began last March, Congress expanded the eligibility criteria and then-Attorney General Bill Barr ordered prison officials to let more people go. Since then, more than 23,700 people have been sent to home confinement — though several thousand of them may have to return to prison once the pandemic ends.

The other way to get out early is through compassionate release. If a warden endorses a prisoner’s request, the case goes to BOP’s central office, which usually rejects it. But if a warden denies a request or 30 days pass with no response, then the incarcerated person can ask a judge to reduce the sentence to time served. The new data showed 3,221 people have been let out on compassionate release since the start of the pandemic — but 99% of those releases were granted by judges over the bureau’s objections.

Last fall, The Marshall Project published data showing that the Bureau of Prisons rejected or ignored more than 98% of compassionate release requests during the first three months of the pandemic. Citing that reporting, federal lawmakers in December wrote to the agency to demand more data on both compassionate release and home confinement.

The updated figures outlined in the agency’s response to Congress in April showed that BOP wardens actually endorsed slightly fewer compassionate release requests as the pandemic progressed. In the first three months, wardens approved 1.4% of release applications. The central office rejected most of those, with Director Michael Carvajal ultimately approving just 0.1%. By the end of April — more than a year into the pandemic, and after more than 200 prisoner deaths — wardens had approved 1.2% of applications, and Carvajal again accepted just 0.1%.

By comparison, federal judges approved 21% of compassionate release requests they considered in 2020, according to a recent report from the U.S. Sentencing Commission.

The McQuiddy brothers grew up in the projects of Nashville, riding go-karts together and playing football. But they both dropped out of high school, and by the late 1980s began selling drugs — running a crack house seemed like a way out of the poverty around them, Darrell McQuiddy said.

In 1997, both brothers got arrested. While Darrell ended up with a little under 25 years in prison, Sean got a mandatory life sentence because he’d paid a 17-year-old to work in the crack house, court records show.

After Congress passed drug sentencing reforms starting in 2010, the brothers grew hopeful they would not die in prison. But only one of them qualified for a shorter sentence under the new laws: Darrell got nearly four years off his time because his presentence report only mentioned powdered cocaine in the description of his crime. Sean’s presentence report also listed crack, so he wasn’t eligible for a sentence reduction.

"It was so unfair what happened to him," Sean’s lawyer, Michael Holley, said. "It’s the kind of crack case that wouldn't get a life sentence today."

For the most part, the bureau has offered little insight into its reasons for denying compassionate release. According to the information BOP sent to Congress, wardens denied nearly 23,000 requests because the person “does not meet criteria.” Roughly 3,200 people were denied because their cases were “not extraordinary and compelling,” while a little over 1,200 were rejected for not providing enough information or documentation. Four people met the criteria but were denied due to “correctional concerns,” the agency said.

Of the 374 prisoners that wardens recommended for compassionate release during the pandemic, the agency’s central office rejected or did not respond to just over 90%, apparently without making any note as to why. “The BOP does not track the specific reasons for approval or denial of a compassionate release request at the Central Office level, as there can be several reasons for a particular decision,” wrote General Counsel Ken Hyle. Some of those reasons, he added, could be opposition from federal prosecutors, a lack of release plan or fear that letting someone out would “minimize the severity of the inmate’s offense.”

Prisoners who brought their requests to court usually encountered opposition from federal prosecutors. Alison Guernsey, a clinical associate professor at the University of Iowa College of Law, reviewed the cases of all prisoners who have died of the virus, including those who were seeking compassionate release. She said the Department of Justice often said prisoners requesting release couldn’t prove they’d asked the warden first. Sometimes, prosecutors argued that the Bureau of Prisons was doing its best to handle the pandemic responsibly, or that the incarcerated person begging for release wasn’t really at high risk from the virus.

“In court, prosecutors were fighting release and saying that this person doesn’t have a condition that makes them vulnerable — and then they would die, and the BOP would issue a press release saying that the person had underlying conditions,” Guernsey said. “The two-faced position of the Department of Justice, which includes the BOP, is really quite shocking.”

Often, judges agreed with the prosecutors’ reasoning. But in some cases, the judges never made a decision — or the prisoners died first.

By the time the pandemic hit, McQuiddy was not in good health and had already spent several months in a medical prison. Still, several times a day he talked to his brother — who’d been released in 2015 and started a dump truck company, where he hoped Sean would one day work.

When the warden ignored McQuiddy’s request for compassionate release, he went to court. Prosecutors opposed him, saying he hadn’t made any plan to address his riskiest underlying condition — obesity — and that he’d be safer in prison because no one at the Arkansas facility where he was locked up had died from the virus yet. “COVID-19 is not fatal in most cases,” they wrote in a court filing.

But COVID-19 swept through the prison a few weeks later, and McQuiddy fell ill. Christmas came, and he didn’t call home. Finally, the prison called in late December and told his family he’d been moved to an outside hospital and put on a ventilator. His brother and daughters went to see him, and his lawyer again asked the judge to consider McQuiddy’s plea for release. Once again, prosecutors opposed it, this time saying that it wasn’t safe to let him out now that he’d already fallen sick.

The judge didn’t rule for more than a month. Finally, in late January, he weighed in.

“All pending motions are DENIED as moot,” District Judge William L. Campbell wrote on Jan. 22, directing the clerk to close the file.