New York is closing one of its last ‘shock’ camps, a move some experts and former prisoners say is a long time coming. 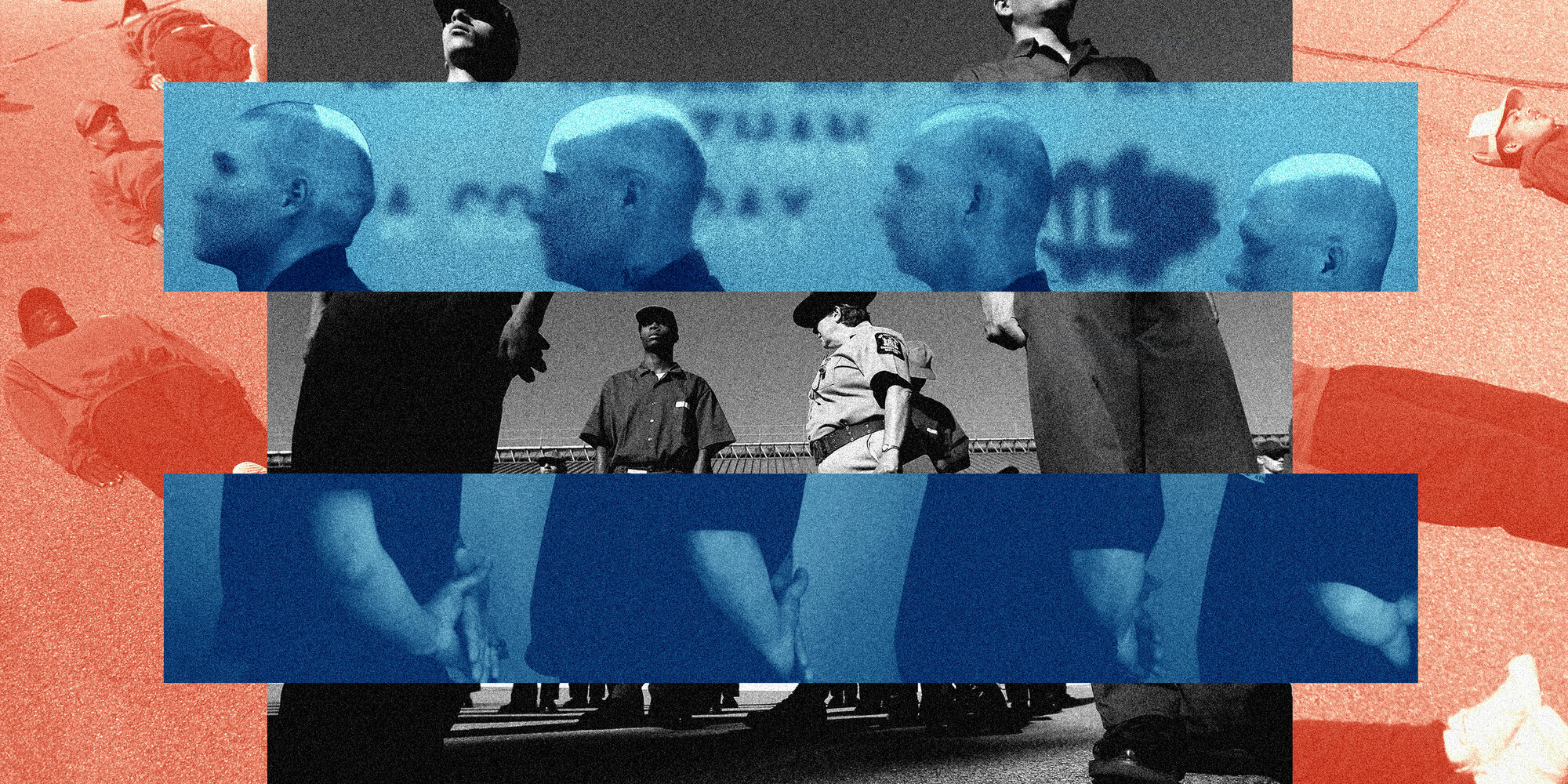 When she was arrested on drug charges in 2017, Ciera Saxby-Smith told herself she’d do anything to go home to her two kids.

A few days after she got to prison in upstate New York, a counselor told her that instead of finishing her whole five-year sentence, she could get out much sooner if she did a six-month treatment program called “shock.” It sounded like a good deal.

But the military-style program at the Lakeview Shock Incarceration Correctional Facility felt more like abuse than treatment. Guards taunted prisoners, calling them “junkies” and bad mothers, according to Saxby-Smith and others who have spent time in the program. The guards made prisoners wear embarrassing signs and eat food off the floor. Sometimes prisoners spent hours moving log piles or cleaning sidewalks with toothbrushes. Once, Saxby-Smith said, a woman got caught passing a note, so guards made her whole dorm walk in circles holding mattresses on their heads for 10 hours until their scalps bled.

“They say shock breaks you down to build you up,” Saxby-Smith said recently. “But there was no build-up. It was a humiliating experience.”Over the past four years, I’ve spoken to more than two dozen people who spent time in New York’s shock prisons. They all shared similar stories to Saxby-Smith. Some said the program helped them lose weight or learn discipline, but most said they left feeling abused.

Shock incarceration took hold four decades ago as a way to “shock” people into a sober, law-abiding life through the discipline of a military regimen combined with confrontational drug counseling and intense daily workouts. But research does not support the idea that shock programs work better than regular prison, and studies show the combative style of counseling that these programs rely on is ineffective. Most states eventually backed away from the programs.

Now, one of the last two in New York — a small facility in the former Adirondack mining town of Moriah — is set to close next month.

State leaders framed the decision as a financial one, saying that closing Moriah will save money. Upstate officials have protested, worried that the loss of dozens of prison jobs could decimate the local economy.

A Department of Corrections spokesman defended the value of shock, saying the programs had saved the state more than $1.5 billion over 35 years by helping people spend less time in prison and providing a regimen of “rigorous physical activity, intensive regimentation, discipline, and drug rehabilitation.” Verbal and physical abuse, the spokesman said, is “not acceptable” and any allegations of misconduct “should be investigated by the facility.”

Experts say the punitive approach to treatment should have faded long ago.

“There is no evidence that these programs are a superior way of dealing with people with addiction,” said Maia Szalavitz, a journalist who wrote about boot camp prisons in her 2006 book, “Help at Any Cost.” “Research shows that confrontation and humiliation do harm. They do not escalate recovery.”

When I went to prison in 2011 for a drug charge, I would have qualified for shock, except for one thing: I was taking an antidepressant. Until last year, people on psychiatric medication in New York prisons could not go to shock. I longed for a shot at early release, and I knew that people who completed the program could get out up to 2 1/2 years early.

Some of my friends went off their meds so they would qualify, but I decided not to stop taking a medication that seemed to be helping. I never regretted it, especially once I’d been locked up long enough to start hearing the horror stories. On a regular basis, women who were injured in shock or failed out would come back with long faces, telling me about the name-calling and routine humiliation. Two women said they’d been sexually assaulted by guards there.

The first shock camps began in the early years of the war on drugs, with programs in Georgia and Oklahoma in 1983. Nationally, criminal justice policy was shifting from rehabilitation toward punishment, and images of prisoners marching in formation with ironed uniforms and shiny boots meshed with the era’s tough-on-crime sensibilities. Proponents said the camps would save money and decrease recidivism. By the mid-1990s, there were dozens of shock-style programs across the country, including five in New York.

Over the past three decades, many of the New York program’s basics have stayed the same, according to interviews and news reports. As soon as new intakes arrive, their hair is buzz-cut, sometimes while guards taunt them. Each day around 5:30 a.m., prisoners have to leap out of their bunks and scream at the top of their lungs, then head out for the morning workout and run. No matter the weather, exercise takes place outdoors.

Unlike in regular prison, in shock there are no TVs, no packages from home, no magazines and no books except for certain self-help material. At meal times, prisoners typically have eight minutes to finish their food — and if it’s not all gone, they risk humiliating punishments such as eating on the floor like a dog.

“There would be times I wouldn’t eat because I was afraid they would give me too much food,” Bessie Watkins, who went through shock in 2019, told me.

For other minor misdeeds, the consequences can be even more severe. Saxby-Smith remembered watching guards make one woman stand outside and scream demeaning phrases into a cone for hours because she had a messy locker. One prisoner recounted watching a man being forced to eat his own vomit after he was unable to finish his food, and another said guards beat him so badly his eardrum “ripped open.”

There are at least half a dozen lawsuits pending against the New York shock programs, including several over the refusal to let people with medical or mental health concerns participate and one over allegations of sexual abuse. A prison spokesman declined to comment on pending litigation.

Nationally, shock-style programs began falling out of favor after a series of deaths at boot camps for troubled teens in the late 1990s and 2000s. But adult facilities began moving away from them, too, amid a growing realization that a more therapeutic environment could have better results. In New York, prison officials say shock graduates have a lower recidivism rate than other prisoners. But experts say that is likely because only the most motivated prisoners graduate — the rest fail out and return to regular prison.

New York closed one shock facility in the 1990s and another two, over objections from conservatives, in the 2010s. In the 2022 budget, Gov. Kathy Hochul, a Democrat, announced more prison closings — including Moriah Shock. The closings are expected to save more than $142 million, and will leave Lakeview as the one remaining shock program in the state.

State Sen. Dan Stec, a Republican who represents the upstate district that includes Moriah, opposes the closing because of its economic impact. Plus, he said, many shock graduates wrote letters in support of keeping the facility open, as it offered a way for prisoners to go home early. “This part of the system wasn’t broke,” he said. “This part of the system was doing well.”

Now out of prison and sober, Saxby-Smith said closing shock camps is a good thing.

“Shock has its benefits, but a lot of it is outweighed by the bad,” she said. “I didn’t see any behavior that was going to help people change.”