Texas plans to execute Gonzales this week even though the expert witness says he isn’t a ‘threat to society.’ 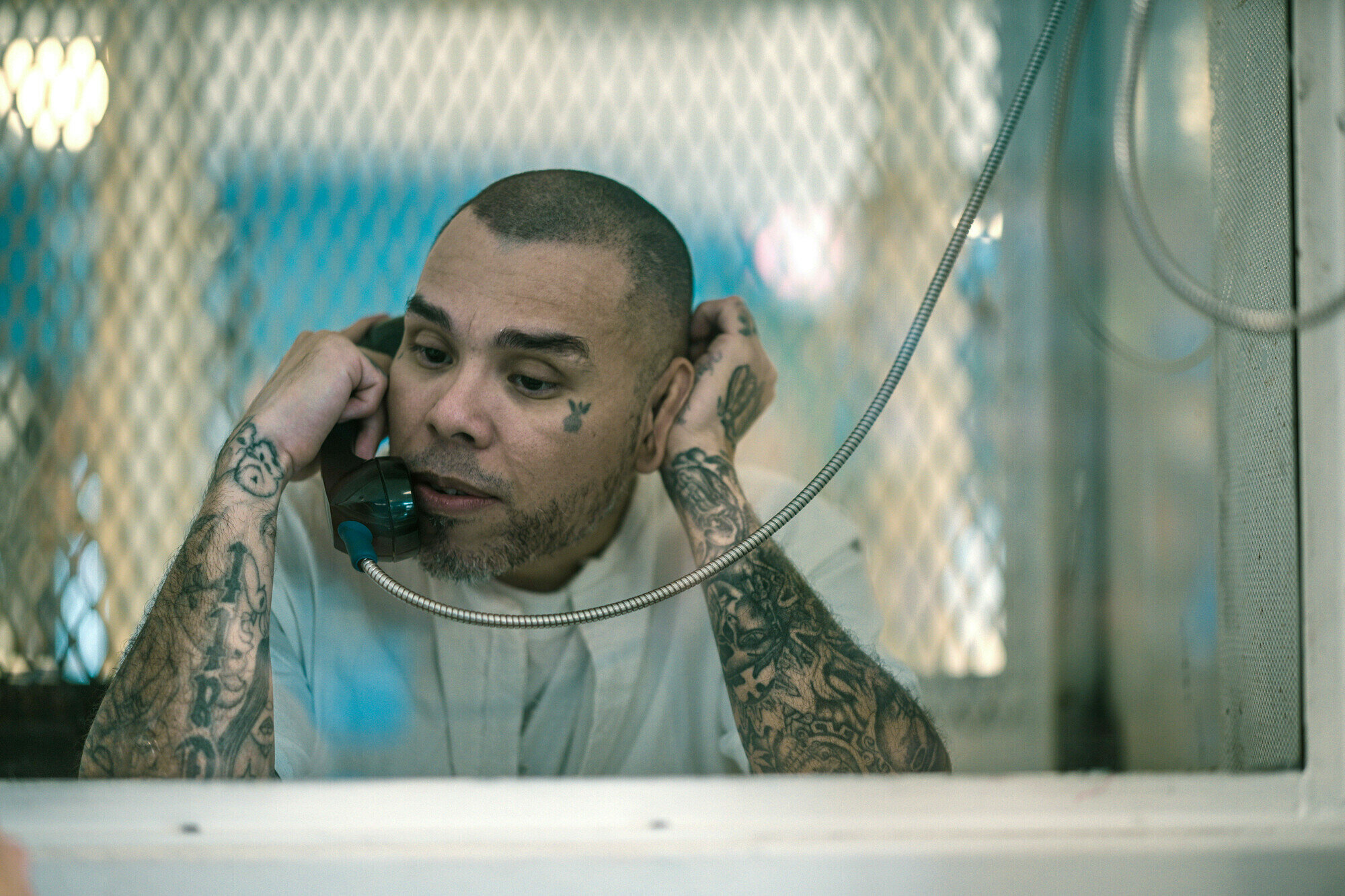 Ramiro Gonzales, on death row in Texas in June. Rafael Roy
By Maurice Chammah and Keri Blakinger
The death penalty is in flux. These are the stories that you need to know about capital punishment's past, as well as its uncertain future.
Update 02:45 p.m. 07.12.2022

Shortly after this story was published, the Texas Court of Criminal Appeals halted the execution of Ramiro Gonzales and directed a lower court to review his claim that the psychiatrist in this story, Edward Gripon, used debunked statistics in his testimony at Gonzales’s trial.

Last September, a psychiatrist named Edward Gripon traveled to Texas’ death row to meet a man he helped put there. He had testified at the 2006 trial of Ramiro Gonzales, who was facing a death sentence for kidnapping, raping and killing Bridget Townsend when they both were 18 years old.

“This is a man who has demonstrated a tendency to want to control, to manipulate, and to take advantage of certain other individuals,” Gripon told the jury at the time, predicting that Gonzales would pose a risk of harming more people.

This article was published in partnership with The Independent.

Now, Gripon sat before a man in his late 30s who seemed remorseful and introspective — and realized his prediction had turned out wrong. “Psychopaths will tell you it’s someone else’s fault,” Gripon told The Marshall Project. “Ramiro doesn’t try to lie his way out … If this man’s sentence was changed to life without parole, I don’t think he’d be a problem.”

Gripon’s turnaround is at the center of legal efforts to stop Gonzales’s execution, which is scheduled for Wednesday. But it also throws into question something much larger: the legal foundation of Texas’ death penalty system, which is unique in relying on predictions of defendants’ future behavior.

In other states, judges assess risk with algorithms, deciding who to keep in jail before trial or what sentences to hand down. Some police try to guess where crimes will happen next. But only Texas requires that jurors in death penalty cases try to predict the future by deciding “whether there is a probability that the defendant would commit criminal acts of violence that would constitute a continuing threat to society.”

Texas lawmakers invented this requirement in 1973, after the U.S. Supreme Court forced states to rewrite their death penalty laws. For decades, prosecutors enlisted expert witnesses whose testimonies proved a critical ingredient in Texas’ rise as the epicenter of capital punishment. By far, the most famous was psychiatrist James Grigson of Dallas, who earned the nicknames “Dr. Death” and “the hanging shrink” as he claimed “100% and absolute” certainty that defendants would kill again. By 1978, according to a Texas Monthly profile, he’d testified against more than a quarter of the people on the state’s death row, and in 1983, the U.S. Supreme Court said Grigson could testify against people without even meeting them.

Grigson made at least one high-profile mistake when he described Randall Dale Adams — who was on trial for killing a Dallas police officer in 1976 — as an “extreme psychopath” who would kill again. While on death row, Adams was visited by the director Errol Morris, who was making a documentary about “Dr. Death.” Morris abandoned that idea and instead made “The Thin Blue Line,” which laid out evidence that Adams was entirely innocent in the officer’s death. Adams was freed, and soon after, the American Psychiatric Association expelled Grigson following complaints that he was misusing science. Grigson died in 2004.

In time, using such experts slowly fell out of favor. In 2003, Virginia psychologist Thomas Ryan renounced his earlier use of a psychopathy assessment to predict violence. Scholars argued that experts weren’t better than anyone else at predicting the future, and the question itself invited racist stereotypes into the courtroom. In 2016, the U.S. Supreme Court overturned the death sentence of a Black man, Duane Buck, after a psychologist improperly told the jury that his race statistically increased his likelihood of future violence.

Scholars have also argued the Texas law’s emphasis that someone is a “continuing threat to society” is misleading, because now the alternative to a death sentence is life in prison without parole. And violence on death row is rare: According to data from the Texas Department of Criminal Justice obtained by The Marshall Project, the roughly 200 men on the state’s death row were responsible for fewer than 10 assaults per year, on average, from 2016 to 2020.

Experts for the prosecution have pointed out that because death row conditions are so restrictive — more than 22 hours a day alone in a cell — it’s impossible to know what these prisoners would have done in a recreation yard or food hall. In 2007, Texas Gov. Rick Perry issued a last-minute reprieve to stop the execution of Kenneth Foster, sending him off death row. Last year, Foster was accused of killing his cellmate. He has not yet faced trial.

Gripon began his career treating patients for all manner of mental health issues 50 years ago, and soon after began evaluating people facing trial. He estimates he testified in roughly 25 death penalty cases. He says he began questioning capital punishment more broadly — and testifying more for the defense — at the same time he realized, roughly 15 years ago, that he didn’t have more insight into future dangerousness “than anyone with similar intelligence and the same facts.”

Before that, though, he worked with prosecutors in Medina County, Texas, and spent three hours with Gonzales, deciding he had traits of “antisocial personality disorder,” which is marked by knowing one’s conduct is wrong but not caring or wanting to change it.

In a recent interview from death row, Gonzales told The Marshall Project that he had a troubled life well before the acts of violence that landed him there. Born in a small town in South Texas, he was abandoned by his mother, sexually abused as a young boy and didn’t meet his father until they wound up in the county jail together.

But his behavior didn’t spin out of control, he said, until his aunt — the beloved mother figure in his life — was killed by a drunk driver.

Gonzales, then 15, dove into hard drugs and spent most of the next two years on meth. Following a string of minor crimes, Gonzales kidnapped and killed Townsend — his drug dealer’s girlfriend — after she caught him trying to steal drugs. A few months later, he sexually assaulted a real estate agent and was sent to prison.

It was after his arrest for the later rape that he confessed to Townsend’s kidnapping and murder, which took place shortly after he turned 18 when he became legally eligible for the death penalty.

“I didn't even know there was a death penalty,” he recalled. “I thought that was in the movies.”

The trial that followed seemed confusing and surreal to a young man who knew so little about the system. But years later, one figure stands out in Gonzales’ memory: Gripon. The man had interviewed him for several hours, using big words. He didn’t fully understand it at the time, but now Gonzales sees how important that conversation was.

“The reason why they bring in a psychiatrist who gives testimony on future dangerousness is for the sole purpose of sending you to death row,” Gonzales said. “His job is to make you look like the worst individual that anybody's ever seen — a monster.”

At the trial, Gripon relied on facts that were later proven false. He told the jury that people who commit sexual assault are especially likely to reoffend, but the basis for that claim was later discredited and numerous studies have shown they aren’t. Gonzales’s cellmate claimed he heard him admit to torturing Townsend and returned to the crime scene to sexually defile her body. But the cellmate later recanted, explaining that officers were threatening a more severe sentence in his own case if he didn’t help paint a nightmarish picture of Gonzales.

Even before he was shackled and shipped off to death row, Gonzales had made a decision: He would become a better person. He said some of his inspiration for that shift came from a “cowboy minister” who’d visited him in jail, and his newfound faith. But a lot of it came from watching the victim’s family, who supported a death sentence, speak in court.

“Hate is such a strong word, it's such a strong emotion. It takes so much internally to hate somebody,” he told The Marshall Project. “This family has this much hate within their hearts because of me. I'm to blame for why they hate.”

In the 16 years that followed, Gonzales took up yoga, earned the equivalent of a bachelor’s degree from a Bible college and started writing sermons for the prison’s radio station. Last year, he volunteered to donate a kidney to a stranger, thinking that selfless act might help make up for the life he’d taken years before. “How can I give back life? This is probably one of the closest things to doing that,” said Gonzales, now 39. “I don't want to say it’s saving somebody's life, but it’s keeping somebody from dying.”

Working out the logistics of that has proven difficult as his execution date approaches, and it’s not yet clear whether he’ll be allowed to donate before he is killed.

Gripon said he has never before issued a report changing his opinion in a death penalty case. “I think this case is the exception, not the rule,” he said, noting that Gonzales was so young that there wasn’t nearly as much of a past to assess — which, he admitted, raises questions about seeking the death penalty for an 18-year-old, the legal cutoff in many states.

“I’m not trying to be disparaging of the law, but any prediction probably has a wide margin of error,” Gripon said, adding, “It’s not terribly useful.”