What a battle between a Mississippi judge and a group of public defenders tells us about the state of indigent defense.

By Andrew Cohen and Clare Sestanovich

In Hinds County, Miss., a standoff between a circuit judge and public defenders has turned into a tangle of professional and personal animus — with consequences serious enough to warrant a Congressional letter of complaint to Attorney General Eric Holder. The conflict erupted onto the national scene in February, when District Judge Jeff Weill, a former prosecutor and investigator for the District Attorney’s office, barred Alison Kelly, an assistant public defender, from representing indigent clients in his courtroom. The judge also announced that he would reassign all of Kelly’s cases to private attorneys even though neither Kelly nor her clients had requested the change. (In Hinds County, a public defender is usually assigned to his or her own judge.) 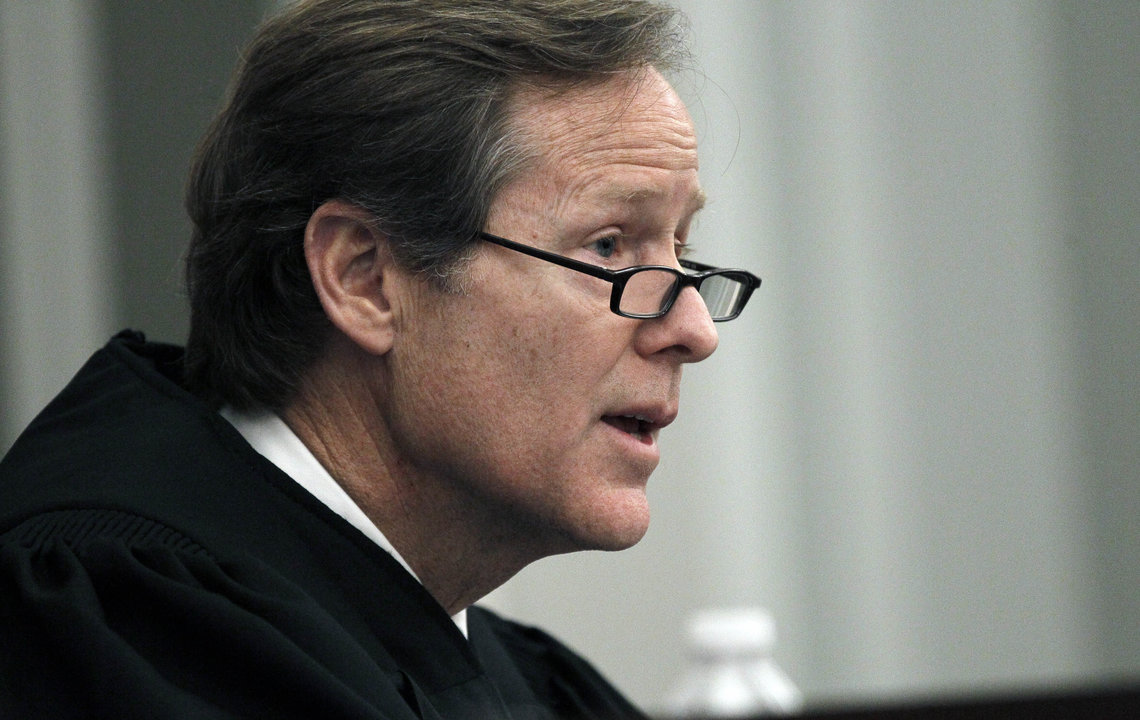 The conflict then escalated earlier this month when Judge Weill held two additional public defenders in contempt of court for resisting his efforts to unilaterally reassign their cases to private attorneys (some of whom, the public defenders allege, may not be experienced in criminal case). The Mississippi Office of State Public Defender now has weighed in to express its concern about the implication of the judge’s actions on the right to counsel. So has the National Association of Public Defense. And Rep. Bennie Thompson (D-Miss.) earlier this month accused the judge of "a clear bias against the public defender service," and called for an investigation by the Department of Justice.

The fight involves nearly every party inside the Hinds County courtroom — judges, attorneys, defendants. But because there has not yet been a hearing fleshing out Judge Weill’s complaints and because no written record exists in which the judge justifies his sanctions, it is hard to evaluate the merits of the dispute. To help us navigate this complicated terrain, we reached out to David Carroll, an expert on the right to counsel and the director of the Sixth Amendment Center, an organization that advocates for better indigent defense.

As a general rule, what authority does a judge have to break up the relationship between a lawyer and a client when the lawyer wants to serve the client and the client wants to be served by the lawyer?

Extremely limited. The U.S. Supreme Court is clear that the independence of the defense function is “inviolable” – that is, uninfringeable. In case after case, the Court has said that “independence of counsel” to act in the stated interests of the accused is “constitutionally protected,” and that every state must “respect the professional independence of the public defenders whom it engages,” because “a defense lawyer best serves the public not by acting on the State's behalf or in concert with it, but rather by advancing the undivided interests of the client.” What this means is that a judge cannot remove counsel and appoint a different attorney to the accused simply because the judge doesn’t like the attorney’s attitude or thinks the lawyer is, for example, filing too many motions. If an attorney does something illegal, that is different.

Briefly explain to us the way Mississippi deals with the right to counsel and public defenders. In what ways is this different from the way other states have set up their public defender systems?

Gideon v. Wainwright made the provision of Sixth Amendment right to counsel services a state obligation through the Fourteenth Amendment. Mississippi is in the minority of states that require local governments to shoulder the vast majority of funding and administering of trial-level indigent defense services. This means that Mississippi cities and counties are free to do whatever they so choose in relation to equal justice for the accused. Many counties give financial incentives to lawyers to triage the constitutional duty owed to each and every defendant by disposing of cases as soon as possible. Other counties try to cut costs by failing to appoint attorneys to the poor until many, many months after arrest. Alabama, Arkansas, Louisiana, and Tennessee all have statewide indigent defense structures and those states have relieved their local governments of all or the vast majority of right to counsel funding responsibilities.

How did Mississippi’s unique public defender system contribute to the conflict now occurring in Hinds County?

Without standards, it should come as no surprise that the right to counsel in Mississippi is a patchwork of deficient systems. Without state oversight, most counties require judges to administer the right to counsel locally. But it is impossible for a judge to play that role. That is, a judge cannot determine if a lawyer is doing a good job because she cannot, for example, review the case file or interview the defendant or determine whether an expert is appropriate in a specific case. Judges would never dream of replacing either a prosecutor or a lawyer who was retained with private funds. The same standard needs to apply to indigent accused.

How might Mississippi avoid this problem in the future?

Most states vest the responsibility for the administration of indigent defense services in an independent commission with diverse appointing authorities generally made by representatives of all three branches of government. These commissions generally set and enforce standards related to attorney qualification, training, and supervision. But that is not the only way to deal with undue judicial interference. For example, the Nevada Supreme Court removed the judiciary from unduly interfering with the right to counsel through a 2008 court order.

Why is the story in Hinds County so rare?

Perhaps not for the reasons you think. The most common form of public defense services in this country is for a judge to contract with an attorney to handle every case in his courtroom for a single flat rate. Under such an arrangement, the defense often ends up trying to please the judge to get the next contract rather than solely advocating the defendant’s interests. So it is far from rare for a judge to favor those attorneys willing to play ball and to get rid of those who don’t. What is rare is that the Hinds County public defenders are fighting back.

Why should people care?

Let’s say judges are allowed to hand-pick defense attorneys. What is to guard against judges, for example, giving out lucrative appointments to those attorneys who contribute to their reelection campaigns or to those lawyers willing to promote speedy dispositions over due process? If lawyers who dare to speak up for the indigent accused are punished and prohibited from taking new cases, the adversarial process is soon lost. Judicial control of the defense function is a slippery slope whereby our criminal courts become assembly lines to process people into jail and prisons without bothering to sort out the innocent from the guilty.