Robert Shipp was 21 when a federal judge sentenced him to die in prison for selling crack. For five months in the mid-1990s, Shipp had acted as a “night shift supervisor” in a small-scale Chicago distribution ring. Because he was held personally responsible for the amount of crack moved during that period — 10.29 grams — his sentence was mandatory: life. Even as U.S. District Judge Marvin Aspen handed down Shipp’s sentence, he noted that the sentencing guidelines were “not, in my view, realistic in terms of the sentence for the offense, and in my view they are unfair.”

Last week, President Obama commuted the sentences of 46 nonviolent federal drug offenders whose “punishments didn’t fit the crime,” as Obama said in a video released by the White House. But those people are a tiny fraction of the more than 95,000 federal prisoners serving years — sometimes decades — for drug crimes. Almost 2,000 are, like Shipp, serving life without parole, according to an ACLU analysis. 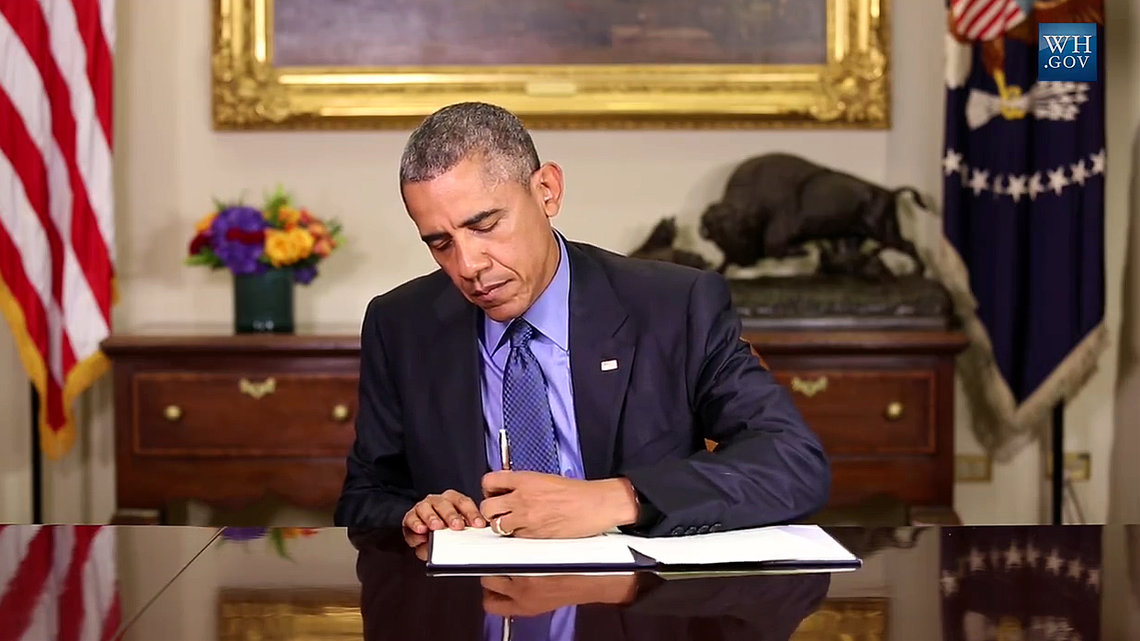 President Obama commuting the prison sentences of 46 men and women on July 13.

A lesser-known policy change, enacted in 2014 with far less fanfare, will affect 1,000 times the number of people as Obama’s commutations. Colloquially known as “drugs minus two,” the amendment to the U.S. Sentencing Commission’s guidelines could reduce the sentences of as many as 46,000 people.

Though the guideline changes are final, hardline Republican lawmakers continue to express concern about their implementation. House and Senate judiciary chairs Bob Goodlatte and Chuck Grassley this week sent a letter to Attorney General Loretta Lynch warning of the 10,000 federal “inmates with violent criminal histories” who could be released this year as a result of the amendment, and demanding detailed information about each. (Grassley has also stated his opposition to the Smarter Sentencing Act, a bipartisan bill that would shorten federal drug sentences and eliminate mandatory minimums for some drug crimes.)

The new “drugs minus two” changes become effective in November, but because federal prisons allow inmates to spend up to a year in a halfway house before their sentences end, the first of those with new sentences have, in the past eight months, begun to go home.

One of these is David Mosby. Though it was his first-ever criminal offense, Mosby was sentenced in 1991 to 40 years in prison for conspiracy to distribute methamphetamines. Mosby began using meth to stay awake during night shifts at an aluminum plant and soon learned how to sell the drug to fund his habit. He was slated for release in 2025, at age 73. (With good-time credits he would have served 34 years). But the new sentencing guidelines shaved ten years off his sentence, and Mosby was released in March. The first thing he and his three children did together, after saying a prayer in the prison parking lot, was eat a big country breakfast. A family photo shows Mosby in Cracker Barrel, still in his prison sweats, presiding with a grin over biscuits, eggs, and molasses.

Federal drug sentences are computed with a dizzying arithmetic. Judges assign the defendant an “offense level” based on the quantity of drugs sold. The judge then places that person in a “criminal history category,” based on his criminal record, and plugs both data points into a table to arrive at a final sentence. These tables are designed by the United States Sentencing Commission, a judicial agency created in 1984 to help eliminate sentencing disparities that were then commonplace: the same crime might yield very different sentences from different federal judges. But uniform sentencing eliminates judicial discretion, and these guidelines helped usher in the federal government’s historic prison boom.

“Under the sentencing guidelines scheme now in vogue, a judge can exercise little, if any, judgment on these matters,” wrote an appellate judge reviewing Mosby’s case. Though “these sentences defy reason,” he wrote, he was obligated to affirm them.

The commission’s guidelines have been amended several times since they were first implemented, most notably in 2008, when crack cocaine was reduced by two “offense levels” on the table. Because the change was applied retroactively, it included those already serving time. But it wasn’t enough to help those, like Robert Shipp, with the most serious sentences. Even after his “offense level” was lowered, his sentence was the same: life.

This year’s “drugs minus two” amendment lowers all drug crimes by another two offense levels. So far, the average sentencing reductions are modest: just under two years. There are several classes of prisoners who are not eligible for the change, including those serving mandatory minimum sentences and those convicted of a “third strike” — even if all three strikes were nonviolent drug convictions. (Shipp’s co-defendant, Alton Mills, is still serving life for this reason, although he was lower in the crack distribution command chain than Shipp was.)

For Shipp and others like him, the change is dramatic. As a result of his new offense level, his life sentence was reduced to 30 years. His new release date, with good time, is 2019.

It did “not take me 10 years and surely not 20 years to learn the negative effects of my bad choices,” Shipp wrote to The Marshall Project in a message. Still, “the 2 point reduction represents a new life for me, its my chance at redemption…. I feel like Lazarus of the Bible...like I have brought back from the dead, because this is not living at all.”