A New York Prison-Yard Search and 10 Cases of Frostbite

Barehanded, inmates are ordered to grip a metal fence in 10-degree weather.

It was between 5 and 10 degrees in the prison yard at Bare Hill Correctional Facility north of Monroe when staffers heard that one inmate had slashed another in the face. Corrections officers moved quickly to investigate.

They stopped a group of inmates walking near the scene of the attack, which took place on Feb. 7, 2013. They ordered the men to remove their hats and gloves and place their hands on a chainlink fence to be searched for weapons. None were found.

According to internal prison documents and lawsuits, the officers then told the men—who had been on their way back from dinner—that they would stay in that position until someone offered information on the assault.

Accounts differ on how long the men remained at the fence. Inmates claimed the incident went on for 30 to 45 minutes, while guards and an internal investigator said it lasted about 15 minutes. By the time it was over, at least 10 of the men had contracted frostbite, lawsuits allege. Inmates said they had to peel their hands away from the cold metal. Internal records indicate the men suffered swelling, blistering and pain that in some cases persisted for weeks. At least one lost all his fingernails. In court documents, some said they had permanent nerve damage and chronic discomfort. One inmate, Laqwan Thompson, said his right hand turned “black and it was kind of stuck bent.” Another went to a hospital emergency room a week later for “circulation concerns,” according to a prison memo.

The men filed grievances with the prison, but after an internal investigation all were dismissed. Instead, the injuries were ascribed to “Failure to properly dress for the weather.”

The case, which has not been previously reported, offers a glimpse into the backlash inmates say they face behind prison walls even when they are not found to be involved in wrongdoing.

After the recent escape of two prisoners from New York’s Clinton Correctional Facility, inmates reported they were beaten and tortured by corrections officers who pressed them for information about the breakout. In a separate instance, inmates who witnessed the April death of a prisoner at the hands of officers at Fishkill Correctional Facility were reportedly put into solitary confinement and threatened after speaking with lawyers, reporters and the dead inmate’s family. State corrections officials have said they will investigate and discipline anyone found to be involved in misconduct or abuse.

“I have never witnessed a significant disturbance at a prison that was not followed by allegations of collective punishment and abuse,” said Karen Murtagh, executive director of Prisoners’ Legal Services of New York, a group that provides legal representation for inmates in the state’s prisons.

The details of the Bare Hill search are revealed in lawsuits that were filed in state and federal court after several of the men contacted New York attorney Elmer R. Keach. Keach said one inmate handed him what the man claimed was an envelope full of his skin, which he had been saving as it peeled from his fingers to maintain as evidence. One man who didn’t file a grievance has also sued. The state Department of Corrections and Community Supervision, which oversees Bare Hill, declined to comment on pending litigation. 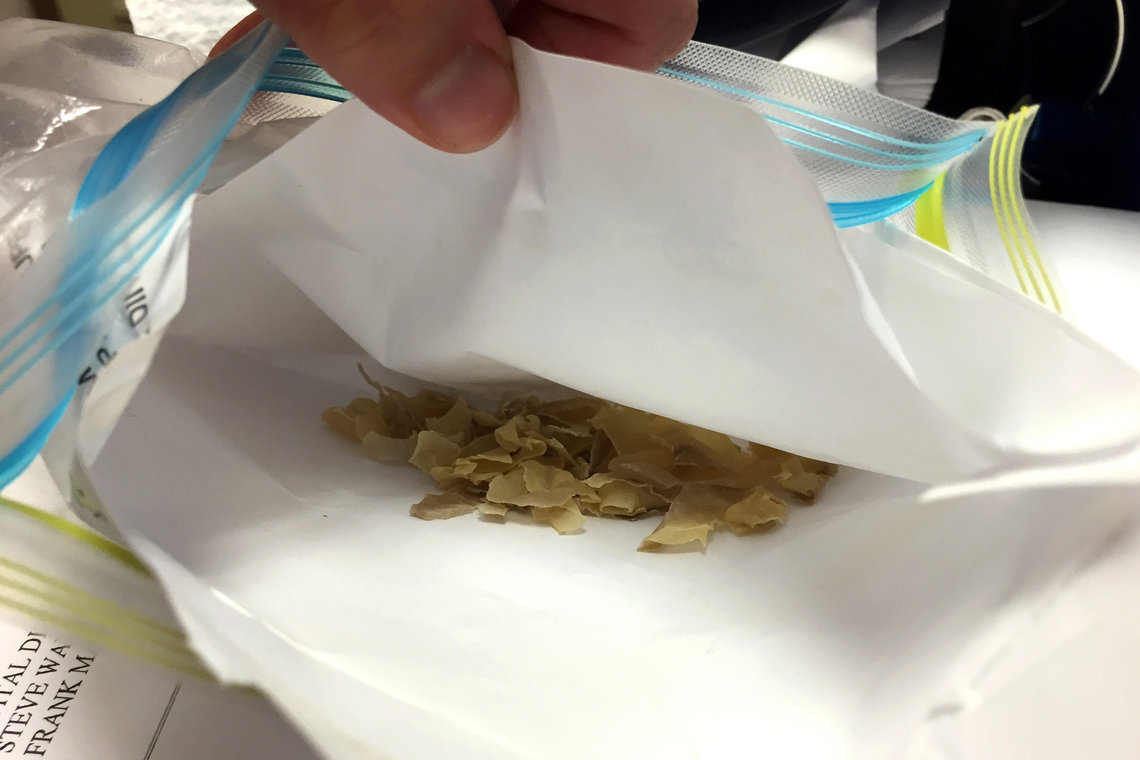 There is a history of tension between inmates and staff at Bare Hill. In 2008, the Correctional Association of New York, a state-sanctioned prison watchdog agency, visited the Franklin County facility. The group eventually published a report saying inmates there reported higher rates of physical confrontations and verbal harassment compared with other medium-security facilities in the state.

“We were very concerned that people were being treated very harshly,” said Jack Beck, director of the association’s Prison Visiting project, which documents prison conditions across the state. “Bare Hill was a problematic place.”

At Bare Hill, which sits about 10 miles from the Canadian border, prisoners aren’t provided with gloves but could buy them for 40 cents at the time of the 2013 incident. Inmates are given a winter coat, a sweatshirt and six pairs of socks, and receive additional gear, including gloves, for special work assignments, the corrections department said.

The onset of frostbite can be hastened by certain conditions, said Dr. John Janikas, the director of emergency medicine for Albany Memorial Hospital and Samaritan Hospital. “Touching metal would essentially act like wind chill, because it literally whisks away heat from your body,” he said. Nine of the men allege they had to remove their hats and gloves for the entire incident, and some say they were threatened with violence if they did not comply. Officers said in depositions that the protective wear had to be removed only during the brief pat-down, and no one was threatened.

Lt. Terrence White, a prison staff member who was assigned to investigate the grievances, reviewed commissary records and concluded that the 10 men all had neglected to buy or wear gloves that night, making the injury their fault.

“I’ve been here four days,” one inmate, Rashid Evans, told Lt. White during the investigation, internal memos show. “I had no money for gloves when I came in.”

Another, Jamel Weaver, said he had just been transferred from another prison, and his commissary account hadn’t yet caught up with him.

Other inmates said they had gloves, even though there was no record of their having bought them, or had borrowed them or claimed they were stolen by corrections officers. Several said they had never before needed gloves.

While the officers did not dispute that the inmates got frostbite, several said in depositions that no one complained or asked to move his hands during the incident. They defended the decisions as necessary to maintain security.

“I thought this situation over many times,” the ranking officer at the scene, Sgt. Craig Demmons, said in a deposition. “This was … the best way in the situation to be able to maintain a vigilant observation of the whole group of inmates as this was being conducted.”

A spokesperson for the state Attorney General’s office, which is representing the officers, declined comment. Attempts to reach White and Demmons through their union and at their homes were unsuccessful.

Officers said in depositions they had never received training on conducting pat-downs in the cold. Demmons said an employee with the corrections department’s Inspector General’s office, which investigates prison incidents, contacted him, but other officers involved said they were not contacted by investigators.