An appeals lawyer who has represented more than a half-dozen men put to death in Missouri faces questions about her competency.

In six days, on Sept. 1, Missouri is scheduled to execute 50-year-old Roderick Nunley, who was condemned for the 1989 rape and murder of 15-year-old Ann Harrison. The high school freshman was abducted while in her driveway, waiting for the school bus.

If the execution takes place, one of Nunley’s attorneys, Jennifer Herndon, will have represented eight of the last 19 men executed in Missouri. And those eight men will have been executed in a span of four and a half years.

Related Read the original story of how Missouri death penalty lawyer Jennifer Herndon invented an alternate life for herself.

The Marshall Project profiled Herndon in June, describing how she juggles a debilitating workload as a capital appeals attorney with a separate career as an internet marketer, sending out inspirational messages along with product pitches geared for online entrepreneurs. The story also detailed Herndon’s financial and professional struggles; in 2013, her law license was suspended for four months because of delinquent state income taxes. 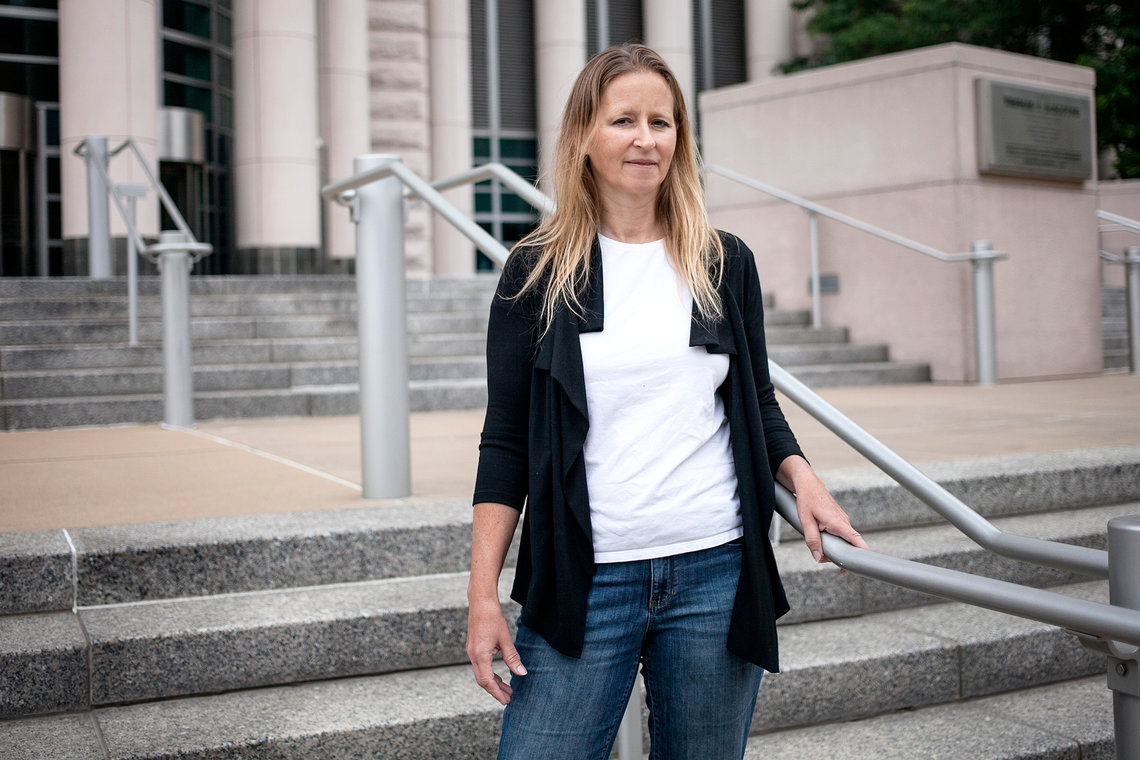 Catalin Abagiu for The Marshall Project

On Tuesday, two other attorneys who once assisted in Nunley’s case filed a motion with the Missouri Supreme Court, asking that Nunley’s execution warrant be recalled because of “severe doubts” about Herndon’s fitness as a lawyer. Their motion cited The Marshall Project’s story, in which Herndon said, among other things, “I feel like I’m not doing the best work I can or should be doing for my clients right now.”

With Herndon, the quantity of her legal work was already an issue. Because relatively few attorneys handle capital appeals in Missouri, the state’s accelerated pace of executions in recent years has created unusual stress for the defense bar. Of the 19 executions held nationally this year, Missouri has five, second only to Texas.

But the motion went as much to the quality of Herndon’s work, and whether she has met her ethical obligations as an attorney.

In years past, the Missouri Department of Revenue filed three liens against Herndon, saying she owed more than $47,000 for unpaid state income taxes from 2006 to 2012, according to court records. But two months ago, the department filed a fourth lien, saying Herndon owes $2,077.85 for unpaid taxes in 2013 — a delinquency that could once again place her law license in jeopardy.

The motion filed by the two other attorneys said “equally troubling” was a lawsuit filed against Herndon last month. That suit, an unlawful detainer action, alleges that Herndon’s house was purchased on July 14 in a foreclosure sale, but Herndon has failed to leave the residence.

“Ms. Herndon appears to lack the time and capacity to competently represent Mr. Nunley,” the motion says. “Her online career and pending legal and financial problems raise substantial questions about her competence.”

In an email sent to The Marshall Project, Herndon wrote of how the court system has placed her in the unfair position of handling “a never-ending string of back-to-back executions,” while simultaneously refusing to approve additional funds.

“I have rejected opportunities to make money in my other business, opting instead to work on Mr. Nunley's case because his life matters more than money to me. I have laid out money from my own pocket, in excess of $300 to date, to cover copy costs, postage and filing fees. I will not be reimbursed for this, but can't take that into consideration when his life is at stake.

“I am doing everything I can for Roderick. Is it enough? No. Do I think I could save his life if I had all the resources in the world? Not without a miracle. Over the last two years, just considering my clients, I have seen the state execute two men who were incompetent, one who was mentally ill, one who was mentally retarded, and one who made such a transformation in prison that he would have made a fine next door neighbor. I have filed motions supported by case law the state couldn't refute, hired experts whose opinions were uncontroverted, drafted clemency petitions the size of a book, and yet Missouri continues to execute men, no matter how legally or morally wrong it is under the specifics of each case. That's why I want out. Not because I don't care anymore, but because the system is broken here. I can't fix it, and being a part of it makes me feel like an enabler of the executioner.”

The motion filed Tuesday included affidavits from Lindsay Runnels and Jennifer Merrigan, the two attorneys who once assisted in the case, and from Shynise Nunley Spencer, who is Nunley’s daughter. Runnels, in her affidavit, said that in the summer of 2010, she agreed to help the defense team search for evidence in Nunley’s past that might mitigate the crime, such as childhood trauma or mental illness. But because of Herndon, Runnels wrote, she encountered obstacles with such basic steps as obtaining a copy of the trial file, which “was mostly missing and what did exist was in disarray.” 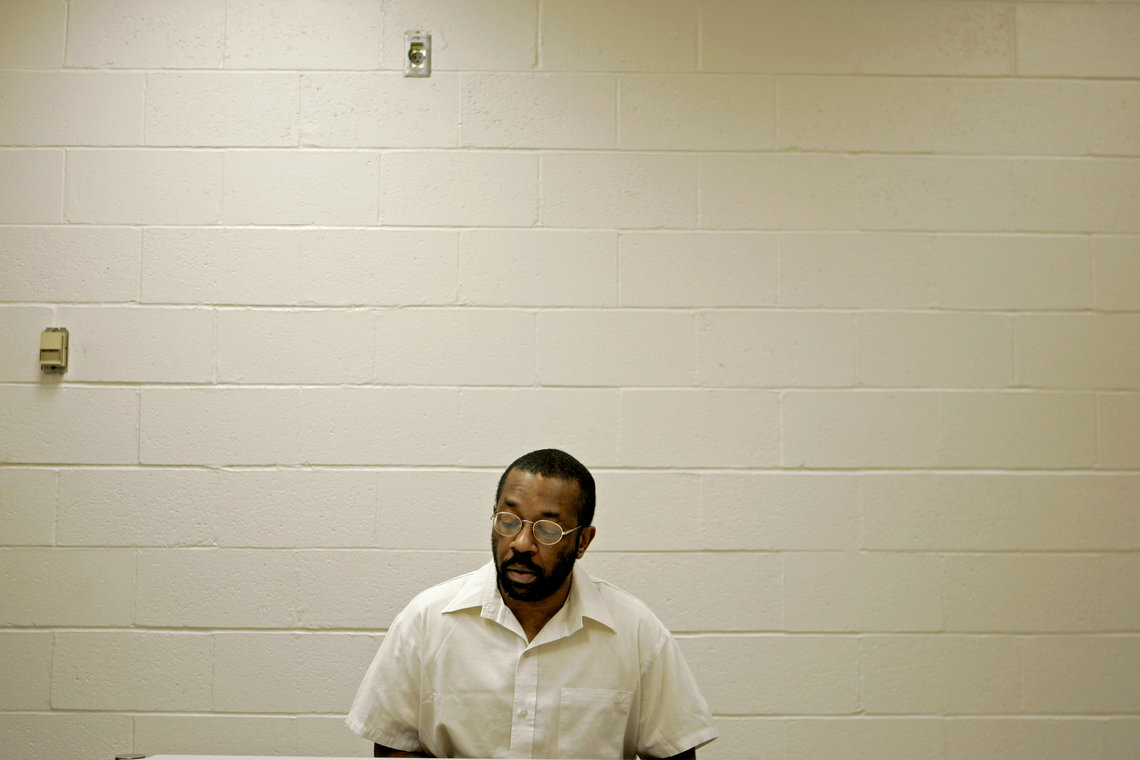 Herndon told Runnels she had never requested the file from the Missouri State Public Defender, nor had she checked with the trial attorneys — because one was a friend and the trial had been difficult for her, and Herndon was hesitant to “bring it all up again,” according to Runnels’s affidavit.

In the fall of 2010, Nunley received a stay of execution based on a due process issue. Afterward, Runnels wrote, she “had essentially no contact” with Herndon, despite informing her that she was “able and willing” to continue working on the case.

This year, when Runnels learned through The Marshall Project’s story of Herndon’s previous law suspension, Runnels sent a copy of the article to Nunley’s daughter. Afterward, Runnels spoke with Nunley on the phone. A rule of the Missouri Supreme Court says lawyers who are suspended must notify their clients. But, Runnels wrote, “Mr. Nunley told me that Ms. Herndon never informed him that she had been suspended from the practice of law, nor had Ms. Herndon obtained his consent to continue representing him…”

Nunley also told Runnels that he had tried to fire Herndon in 2009 or 2010, but Herndon would not withdraw from the case, according to Runnels’s affidavit.

Shynise Nunley Spencer, in her affidavit, wrote that she has kept a “consistent, close and loving relationship” with her father. Despite that, she wrote, “I have never, not once, spoken with Jennifer Herndon. She has never called me. She has never returned my calls. My brother has never spoken to her either.”

Reading the story about Herndon made her feel “sick,” the daughter wrote. “I was shocked to learn that she had been suspended from practicing law.… I do not understand how the system allows someone in Ms. Herndon's situation to represent people in the most serious of all criminal cases, where their lives are at stake.”

Herndon’s last client to face execution was Richard Strong, condemned for the stabbing deaths of his girlfriend and her two-year-old daughter. Herndon pleaded for a stay from the U.S. Supreme Court, but came up a vote short. Strong was put to death on the evening of June 9.

That same evening, Herndon went on her business’s Facebook page and posted this message: 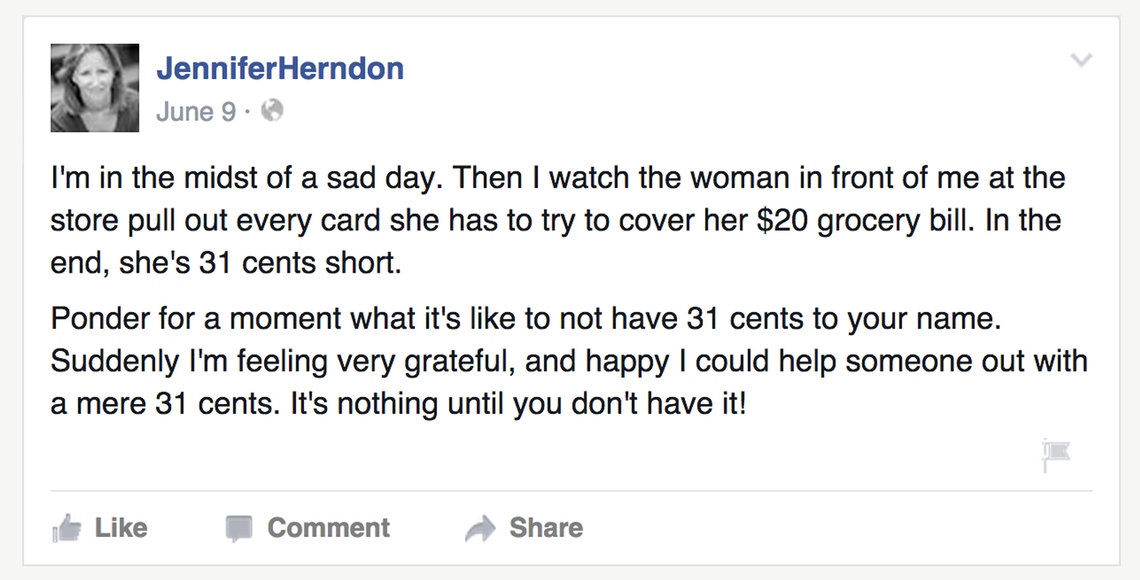 Three days after Herndon gave her fellow shopper 31 cents, Missouri filed its lien against Herndon, saying she owed the state more than $2,000.