Why is a Man Serving Life for a Murder that Feds Say Someone Else Committed?

The unusual case of Lamont McKoy.

It’s been nearly 25 years since 18-year-old Lamont McKoy was convicted for the murder of Myron Hailey in Fayetteville, North Carolina. But evidence — that was never introduced at trial — suggests McKoy never murdered anyone.

That didn’t stop the North Carolina Court of Appeals, which on Monday rejected, without comment, a request by McKoy’s attorneys to hold a hearing that would have addressed why this evidence was never revealed at trial. Or, for that matter, why it still is relevant today to help answer a basic question that has swirled around this case for decades: why is McKoy serving hard time, a life sentence, for a murder the feds later claimed was committed by another man? 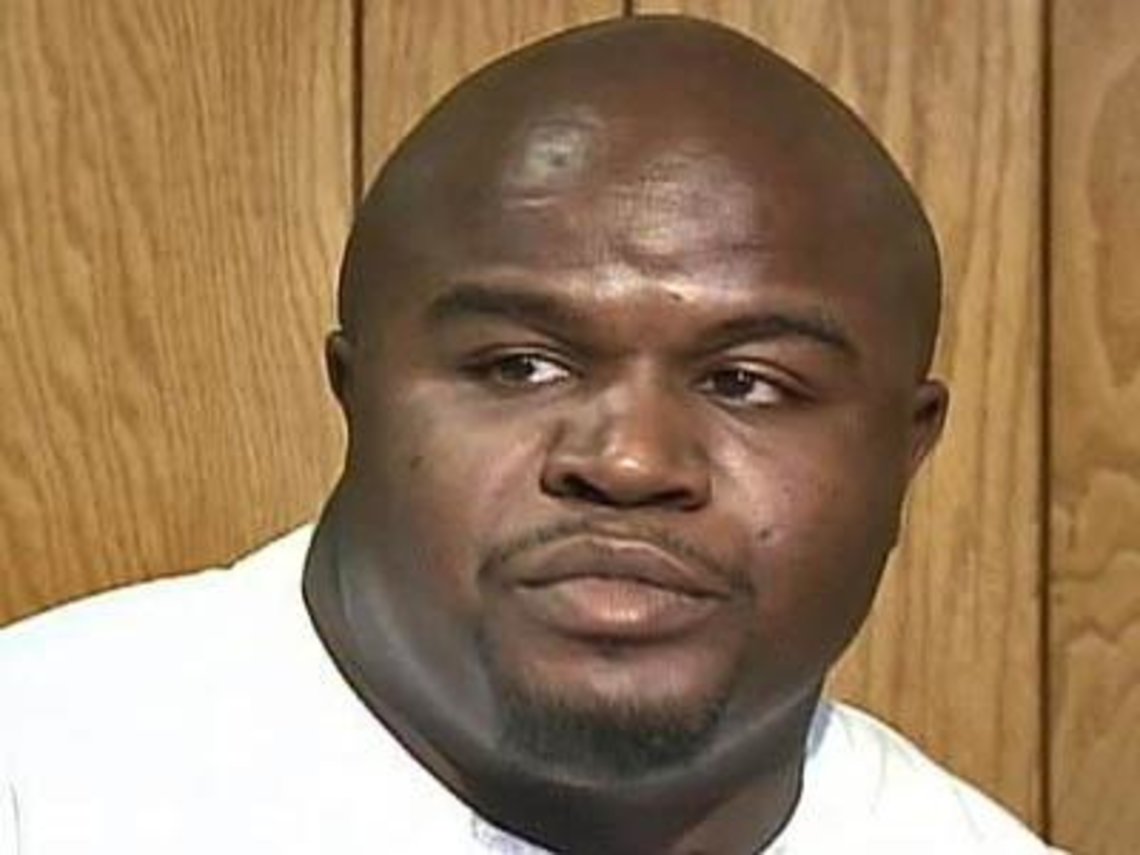 Lamont McKoy at Central Prison in 2008.

Nothing about McKoy’s case has been routine. On the night of January 25, 1990, prosecutors alleged that McKoy, as part of drug deal gone bad, shot Hailey in Haymount Hill, a Fayetteville neighborhood, while Hailey was driving away. Hailey’s vehicle, prosecutors claimed, traveled a mile or so before he drove off the road, hit a tree, and bled to death.

But one key piece of evidence, never introduced at trial, was the possibility that police were on scene when and where the murder allegedly took place. At the time of Hailey’s demise, new evidence suggests, the police were at Haymount Hill in response to a previous, unrelated report of gunshots. Those responding officers, who stayed at the location for several hours, never reported hearing any subsequent shots, much less seeing or hearing McKoy murder Hailey. Nor did any witnesses report that additional gunshots were fired in that neighborhood that night. The following morning, police found Hailey’s body about a mile away from Haymount Hill.

McKoy’s current attorneys allege that the reason this evidence was not originally introduced to a jury is because police and prosecutors never disclosed it to McKoy’s trial attorney. To this day, court papers indicate that no North Carolina court has heard testimony from the police officers whose narratives appear to contradict the prosecution’s theory. Had McKoy’s lawyer known that the police were at the scene of the alleged crime, at the very time the crime was alleged to have occurred, they would have raised that issue with McKoy’s jurors.

There were other inconsistencies with the original case. At trial, prosecutors told jurors that McKoy had made incriminating statements to an officer while the two were sitting in a police car. McKoy, who has admitted that he dealt drugs in the early 1990s, has consistently denied that his comments (“I know it,” he kept saying in response to police questioning) were a confession; he claims he was being sarcastic. Whatever the truth, the officer who heard them did not immediately arrest McKoy or subject him to further questioning, and prosecutors never introduced a signed or taped confession at trial. McKoy instead was arrested days later, after he voluntarily went to the police station at the request of the police.

The primary witness against McKoy was a man named Bobby Lee “Strawberry” Williams, who testified that McKoy had shot Hailey in that car. But Williams later recanted his testimony and claimed that on two occasions, local authorities offered him money to incriminate McKoy. There was no physical evidence linking McKoy to Hailey. The gun used in the murder was a .357 revolver. One prosecution witness told investigators that McKoy carried only a .22 handgun.

McKoy was convicted in 1991. At the time, a joint local, state, and federal task force was operating in that area of North Carolina. They charged and prosecuted a man named William Correy Talley on drug-trafficking charges in 1995, four years after McKoy was convicted. Prosecutors argued during Talley’s trial and sentencing in federal court that they had proof that Talley, not McKoy, had killed Hailey.

Federal prosecutors specifically alleged that Talley was the one who had fired in Hailey’s car, in another Fayetteville neighborhood called Grove View Terrace. Like Haymount Hill, Grove View Terrace is about a mile up the road from where Hailey’s car and body were found. The feds presented two witnesses to support their case that Talley, not McKoy, had murdered Hailey. When Talley was arrested, he was carrying a .357 revolver.

This testimony came to light four years after McKoy’s conviction, but like the police evidence from Haymount Hill, it has never been fully explored in a state court hearing with witnesses examined under oath. How certain were federal officials that Talley, not McKoy, murdered Hailey? They objected to the fact that Talley’s involvement in the Hailey murder was omitted from a pre-sentencing report, and the feds even had a state investigator testify that Talley killed Hailey. (Three documents, from before and during Talley’s federal sentencing, reveal the extent to which federal and state officials believed Talley shot Hailey.)

A task force comprised of local, state, and federal official arrested Talley. These officials were the very people who investigated and prosecuted McKoy; the detectives from the Fayetteville police department, for example, were on that task force and knew — or should have known — of McKoy’s conviction. It’s unclear why no one stepped forward to square the two contradictory versions of the murder.

Three judges have played key roles in ensuring that McKoy remains locked up. The first judge, in 1998, dismissed most of McKoy’s post-trial claims — which included references to Talley — without holding a hearing. The only claim that judge allowed to proceed was one based on the idea that McKoy had received “ineffective assistance” of counsel. The next judge in the case held a truncated hearing in 2001 on that ineffective assistance of counsel claim alone and ruled against McKoy. The third judge, who presided over the case in 2013 and 2014, didn’t hold a hearing or draft his own order denying McKoy’s request for relief. Instead, he signed the order drafted for him by state attorneys, perhaps without even reading it since it still contained typos. (The state’s Judicial Standards Commission has publicly reprimanded him for similar conduct in other cases.)

In response to these claims, state lawyers have consistently asserted that McKoy “confessed” to that police officer. They also claim that the evidence of Talley’s involvement in Hailey’s death cannot be raised now because procedural rules bar the introduction of evidence judges say could have been introduced at or shortly after trial. It could not have been raised during McKoy’s trial because it took place years before Talley was arrested and convicted, state attorneys concede, but it could have been raised shortly after McKoy’s conviction, when jailhouse rumors of Talley’s involvement began circulating.

Not only have there been no evidentiary hearings to explore the core questions of this case, the state judges haven’t even allowed McKoy’s current attorneys to get more access to evidence they say would further bolster their case (and could help them prove prosecutorial or police misconduct). The police have consistently said that all evidence required to be turned over to the defense was turned over to the defense. Prosecutors have long said they consider the matter closed. And so, evidently, have the courts of North Carolina.

McKoy’s attorneys say they’ll now pursue their extraordinary claims in federal court, where the standards of post-trial review in cases like this can be even more daunting than McKoy and his attorneys have so far found them to be.