The Unfolding Campaign to Save the Death Penalty

Supporters rally around a more efficient system of execution.

Late last month, a group of California district attorneys and family members of murder victims launched a campaign to save the death penalty in their state. “This is not pro-death penalty,” announced Anne Marie Schubert, the district attorney of Sacramento County. “We have come together to say we acknowledge it’s broken but we have come here to fix it.” Over somber music in a YouTube video of the event, the advocates describe a ballot initiative, slated for November 2016, that would accelerate appeals for death row inmates and change the way they are housed, all in the interest of saving money and speeding up executions. 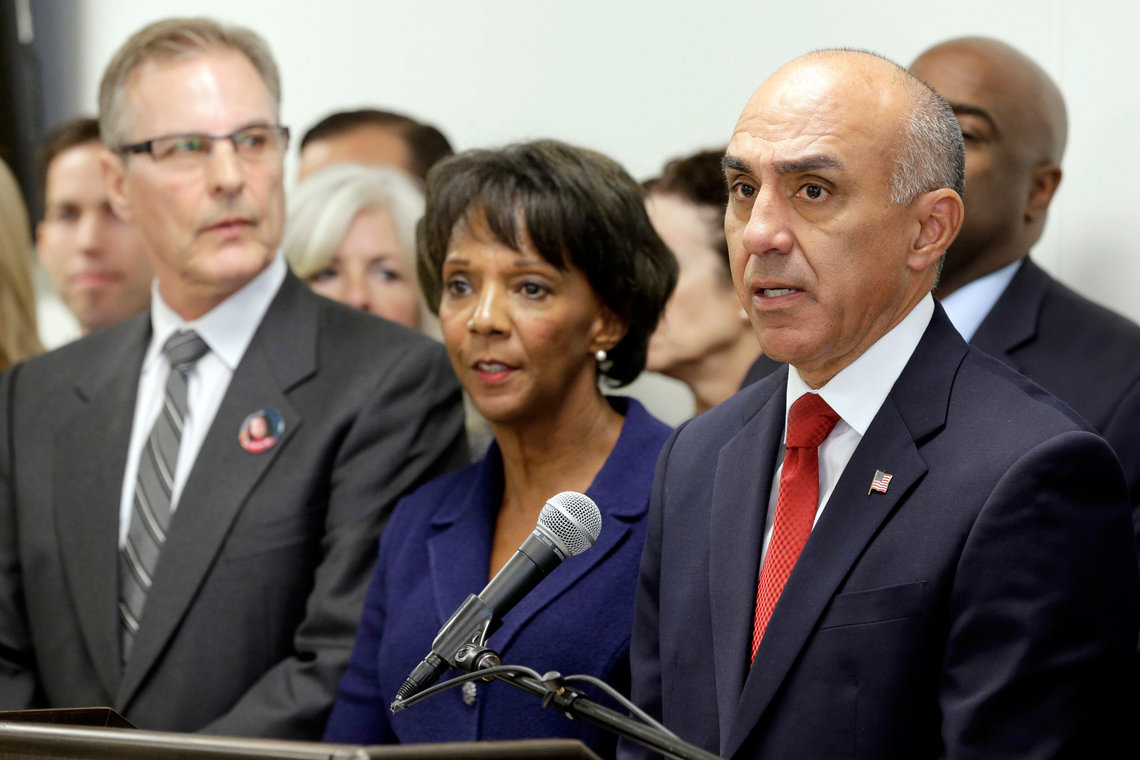 This is not the first time supporters of capital punishment have proposed laws to make the death penalty more efficient (President Bill Clinton signed a bill to do so in 1996). What is different now is the sense of urgency: the initiative will be in direct competition with another ballot initiative, already announced, to get rid of the death penalty altogether. “We need to fix the death penalty or it’s going to go away,” Mike Ramos, the district attorney in San Bernardino County, said by phone shortly before the announcement of the campaign. “It’s that simple.”

The emergence of Californians for Death Penalty Savings and Reform is the most visible sign of a growing nationwide response to the success of efforts to abolish the death penalty. For decades, executions were carried out steadily, and supporters, always a majority1, were a silent one. But since 2007, seven states have repealed the death penalty and in many others the pace of executions has slowed as prison agencies struggle to find lethal injection drugs and prosecutors decline to pursue death sentences. A group of defense attorneys want to bring a constitutional challenge to the Supreme Court, and even Republican presidential candidate Jeb Bush has voiced ambivalence.

According to Gallup polling, national support for the death penalty has stayed between 60 and 80% since the early 1970s, though it has been on the decline in recent years.

All of this activity has led death-penalty supporters to reemerge as a political voice, and California may be their first battlefield. Only 13 executions have taken place there since the 1970s, despite hundreds sent to death row, and a recent judicial ban on executions was recently lifted.

Ramos, who has already announced a campaign for California attorney general in 2018, is positioning himself as a national figure, defending the death penalty in television appearances. He is also president-elect of the National District Attorneys Association and says his colleagues around the country “are looking to California as a bellwether” of the death penalty’s future.

Even if California is the bellwether, there are other places to see the backlash in action. In Nebraska, the state legislature repealed the death penalty in May, only to see a grassroots effort to collect signatures — with funding from Gov. Pete Ricketts — to bring a public vote in November 2016 over whether to restore it. Over the last few years, the Florida legislature passed the Timely Justice Act to speed up appeals and North Carolina lawmakers repealed an earlier law, called the Racial Justice Act, that had given death row inmates more power to argue that their sentences were racially biased.

Like many of these movements, the California initiative grew organically in response to efforts to abolish the death penalty. The victims’ advocates and prosecutors now leading the charge began working together in 2012 when opponents of the death penalty brought Proposition 34 — a straightforward abolition proposal — to voters. Those opponents included men and women with tough-on-crime credibility, from Jeanne Woodford, the former warden of San Quentin prison, to Ron Briggs and Don Heller, both political figures who championed an expansion of capital punishment in the 1970s.

The pro-death penalty community won the 2012 fight with a nail-biting 52% of the vote, despite being outspent by several million dollars (Silicon Valley money was major factor; Netflix CEO Reed Hastings has already given $150,000 to anti-death penalty efforts in the 2016 election).

Taking this as a sign that the public was fundamentally on their side — and aware that they might not win a rematch — death-penalty advocates started raising money from law enforcement groups and individual donors in order to hire professional signature-gatherers. They enlisted several former governors and ex-NFL star Kermit Alexander, whose family members were murdered by a man who was sentenced to death but has not been executed.

The group developed policy changes to address the cost of capital punishment, which is one of the primary arguments of the anti-death penalty community. Making the death penalty cheaper may appeal to Californians who voted against it last time less out of moral conviction than of fiscal concern.

Despite the rarity of executions, California spends an estimated $184 million per year on death penalty trials and appeals and death row housing. The current reform proposal would give the state supreme court the power to oversee an expedited process for appeals, require that defense attorneys for appeals be appointed faster (currently it can take five years). It would also require death row inmates to work and pay restitution to victims’ families and allow them to be placed in double-cells (currently each lives in a single cell, which is more expensive).

Death Penalty Focus, the leader of abolition efforts, has cautioned that these changes might lead to less-experienced attorneys and judges taking on death penalty cases, leading to more mistakes. Paula Mitchell, a law professor who co-authored the most comprehensive report on the costs of California’s death penalty, says there is little proof that proposals for fixing the system would work: the backlog is already crushing, and even if more lawyers agreed to take capital cases, they would need to be trained, which might negate the savings the reformers are touting. The initiative, says Mitchell, “should be characterized as a Letter to Santa.”

A year from now, California and Nebraska will test support for the death penalty at the ballot box. Could other states join them? Last week, the Washington Association of Prosecuting Attorneys issued a statement calling on the state to offer voters a similar choice, explaining that “prosecutors want to know that when we embark on the long and difficult process of capital punishment for the worst crimes inflicted upon our community that we are doing so with the support and approval of the people we represent.”