And he played drums in a prison band.

By Maurice Chammah
Looking Back at the stories about, and excerpts from, the history of criminal justice.

Nearly every television viewer of a certain generation can deliver the rap that opened the ‘90s sitcom “Fresh Prince of Bel-Air,” featuring a young Will Smith sent by his mother to live with his wealthy aunt’s family. It’s a show about family, but for almost four seasons, one character remained a mystery: Smith’s father.

We finally meet “Lou Smith” in an episode titled “Papa’s Got a Brand New Excuse,” when he shows up at the cafe where Smith works. We learn that he disappeared when Smith was a baby because he “just wasn’t ready to be a father,” but they bond quickly. He promises to take his son along on a cross-country trucking gig. Then he reneges, and Smith is crushed. “I had 14 great birthdays without him,” Smith shouts. “He never even sent me a damn card. To hell with him!” He collapses in tears on Uncle Phil’s shoulder. 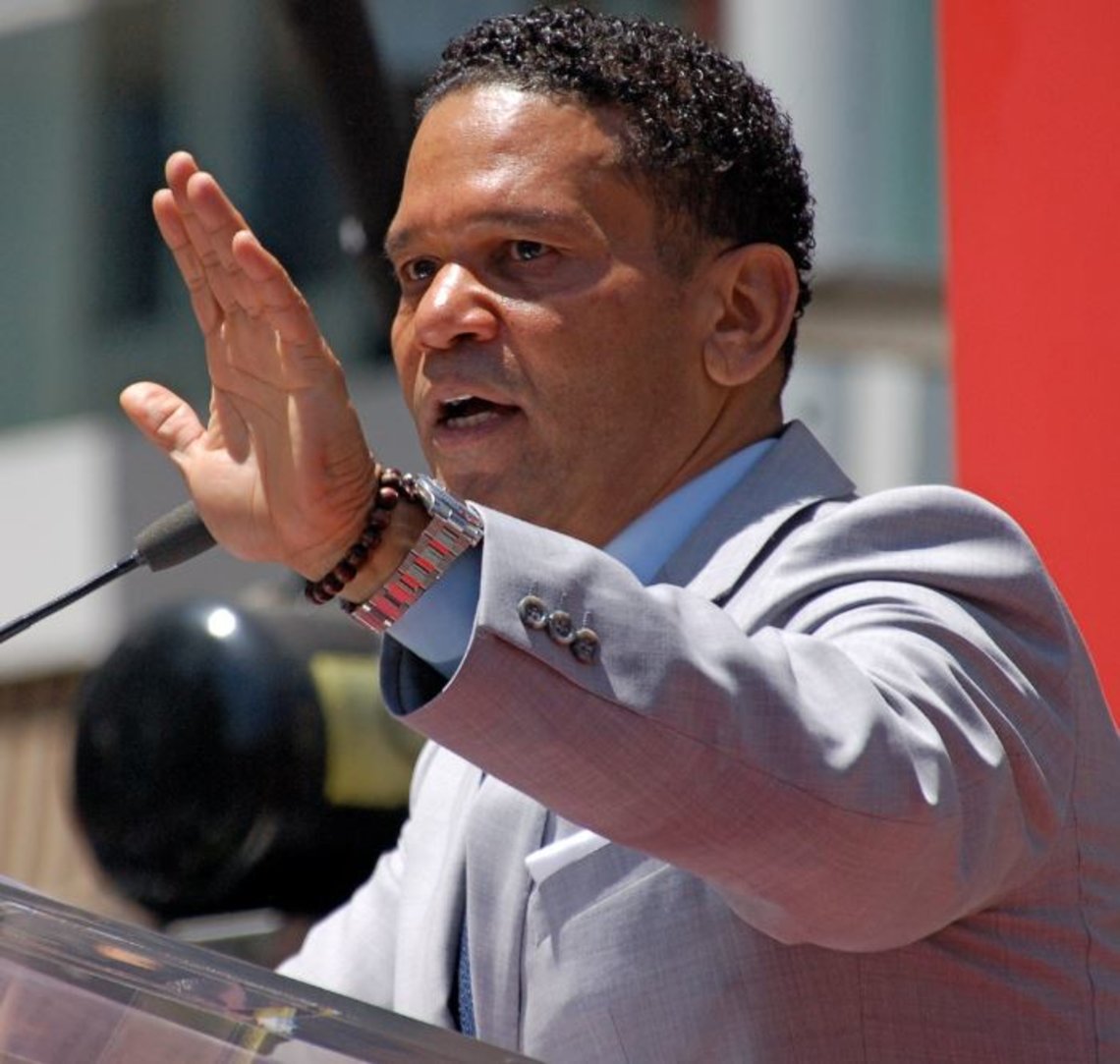 Smith’s character was based on producer and manager, Benny Medina, who was not “West Philadelphia born and raised” as the opening rap goes, but instead drifted between foster homes and his aunt’s house in the Los Angeles neighborhood of Watts, where he sold drugs. “My upbringing didn’t have much comedy in it,” he once told the Los Angeles Times. In a 1991 profile of the “Real-Life Fresh Prince,” Medina told Ebony Magazine that when he was nine years old, his mother died of cancer and his father abandoned him.

But there is another, unreported facet to the story: Benny Medina’s real father, also named Benny Medina, was in and out of prison in Texas and California for dealing and using drugs for much of his son’s early life. And like his son (and like Will Smith), he is also in the music business — as a jazz drummer.

In 1972, while the elder Medina was serving time at the Wynne Unit in Huntsville, Texas, which he refers to as “the Mecca for the cream-of-the-crop musicians,” he played on an album of country songs written, performed, and recorded by prisoners, called “Behind the Walls.” For much of the 1970s and ‘80s, these albums were sold as souvenirs at the yearly prison rodeo, in which inmates from around the state rode horses and dodged angry bulls, but also performed for massive crowds.

“I had 5,000 inmates in the music program,” Harley Rex, a music professor employed by the Texas Department of Corrections1, says. “Most of them were college students in jail for marijuana… Every year we had a different band since a lot of guys came and went.” The tradition died off as the state underwent a massive prison building spree.

The prison system was renamed the Texas Department of Criminal Justice, Institutional Division, in 1989, though many still refer to it by the old acronym "T.D.C."

On the record’s back cover, Medina sits behind a bass drum featuring the band’s name: The Outlaws.

Medina was born in a small town near Dallas and hitchhiked to Los Angeles as a teenager. His childhood sweetheart joined him, and they had five kids, including Benny. He got into drugs, “which went from marijuana and an occasional Benzedrine, and a little speed, graduated into heroin.” At 21, he went to prison, where he practiced his drumming on books and stools in his cell.

After he got out, the mother of his children died of cancer. According to Medina, he didn’t abandon the kids because of a fear of parenting, as Will Smith’s father did on the show, but rather due to his lifestyle. “I kept all five of my kids the best I could,” he told me, “but I was involved with a cartel dealing drugs, so I could supply myself with money for a babysitter and drive a nice car and have drums.”

When he wasn’t locked up, he played drums behind major jazz figures of the the time, including Dexter Gordon and Sonny Stitt. “I had the honor and privilege of sharing the bandstand with some heavyweight cats,” he says. He’s 78 now and still performs in Dallas.

While Medina was in prison and on the road, his son was living the experiences that would form the basis for “Fresh Prince.” At a community arts center in Los Angeles, he met a white television composer named Jack Elliott, who took an interest in him and let him move in with his family in Beverly Hills. At Beverly Hills High School, Medina met the sons of Motown Records founder, Berry Gordy, Jr., and after high school, Medina moved into their Bel-Air home (a record executive character on “Fresh Prince” is named Gordy Berry).

“The Fresh Prince is literally an amalgamation of him going to the Elliotts, then coming to my family, and also another black family in Beverly Hills,” says Gordy’s son, Kerry Gordy, who became Medina’s best friend and part of the inspiration for the character of Will Smith’s cousin, Carlton.

Under Berry Gordy’s guidance, Medina became an entertainment mogul and went on to produce films and television shows, and manage performers, including Jennifer Lopez.

“Benny from the beginning really felt abandoned by his father,” Kerry Gordy says, but “I remember he used to say, ‘My father is a great drummer.’” The younger Medina did not respond to a request for an interview.

“I’m in touch with my other kids and they keep [me] informed on what he’s doing,” the elder Medina says, “and his constant resentment for me.” The show made him a trucker and an archetypal absent father, but Will Smith’s tearful monologue gestures towards a real story of estrangement.