How America’s Most Famous Federal Prison Faced a Dirty Secret

The mentally ill in federal prisons are on the verge of a big victory.

For many years the most famous federal prison in America, the “Supermax” facility in Florence, Colorado, held a dirty secret: even though it was not permitted by law to house mentally ill prisoners, many of the men locked down in “administrative segregation” there were, in fact, severely mentally ill. Most of those prisoners were misdiagnosed when they arrived and then were mistreated or simply not treated at all for their medical conditions. As their health worsened they committed disciplinary infractions, which in turn put them into more restrictive conditions of confinement, which exacerbated their mental illness.

Some of the men at the facility known for housing the nation’s most dangerous criminals and terrorists ended the cycle of despair by committing suicide. Others tried, but failed, to take their own lives and then were punished for their attempts. Some simply mutilated themselves, cutting off parts of their body, or lived for months in their own waste. For years, and despite the consistent pleas of advocates, prison officials at ADX-Florence, including medical officials, showed little regard for the constitutional rights of these prisoners. The way the men were treated violated both both federal law and Bureau of Prison policy.

Five years ago, a group of mentally ill prisoners at ADX-Florence filed a class-action lawsuit against those federal prison officials. It was not just another lawsuit1 filed to air inmate grievances. The complaint, crafted by Ed Aro, a partner at the Arnold & Porter law firm, was remarkable not just for the level of detail it alleged but for the scope of the problem it described. Also remarkable was the response of U.S. District Judge Richard Matsch, a veteran jurist who refused an early request by federal lawyers to dismiss the case before the plaintiffs and their attorneys could investigate conditions at the prison.

Prior to this litigation, no fewer than 14 lawsuits had been filed by ADX-Florence prisoners, pro se, alleging many of the same claims on which the class-action lawsuit was based. In each instance, the Bureau of Prisons sought and received from federal judges the prompt dismissal of those cases long before trial.

The case continued into pretrial discovery. But so did earnest and productive private discussions between prison officials, Department of Justice lawyers, and attorneys for the inmates. A magistrate judge coordinated many of these efforts and last month, after a period of unusual progress, the parties told the judge in a detailed filing that they had reached a comprehensive settlement. The judge is expected to give his final approval to the deal at a hearing in Denver later this month and if he does it will represent one of the most significant victories in the history of litigation against the Bureau of Prisons.

To get a sense of the progress the settlement represents, consider how bad things were at ADX-Florence when the lawsuit was filed. The prison was designed to hold the “worst of the worst” offenders in America, men who for one reason or another could not be kept confined in more traditional cells or cell blocks. The idea behind the “supermax” concept was to isolate and control the men in a way that went beyond traditional methods, even traditional solitary confinement. That’s why the facility now houses virtually every major convicted terrorist, from Terry Nichols to Zacarias Moussaoui to Theodore Kaczynski to Ramzi Yousef.

Most of the plaintiffs initially named in the complaint have already been transferred to other facilities, where they are now receiving more appropriate care. Men like Jonathan Francisco, who was so floridly mentally ill that the BOP transferred him to a more appropriate facility in 2013. Men like Richie Hill, who spent the better part of six years at ADX-Florence languishing in his own feces. They have been replaced as plaintiffs by other ADX-Florence inmates. Here is an illustrative paragraph from an early version of the complaint:

Prisoners interminably wail, scream and bang on the walls of their cells. Some mutilate their bodies with razors, shards of glass, writing utensils and whatever other objects they can obtain. Some swallow razor blades, nail clippers, parts of radios and televisions, broken glass and other dangerous objects. Others carry on delusional conversations with voices they hear in their heads, oblivious to the reality and the danger that such behavior might pose to themselves and anyone who interacts with them. 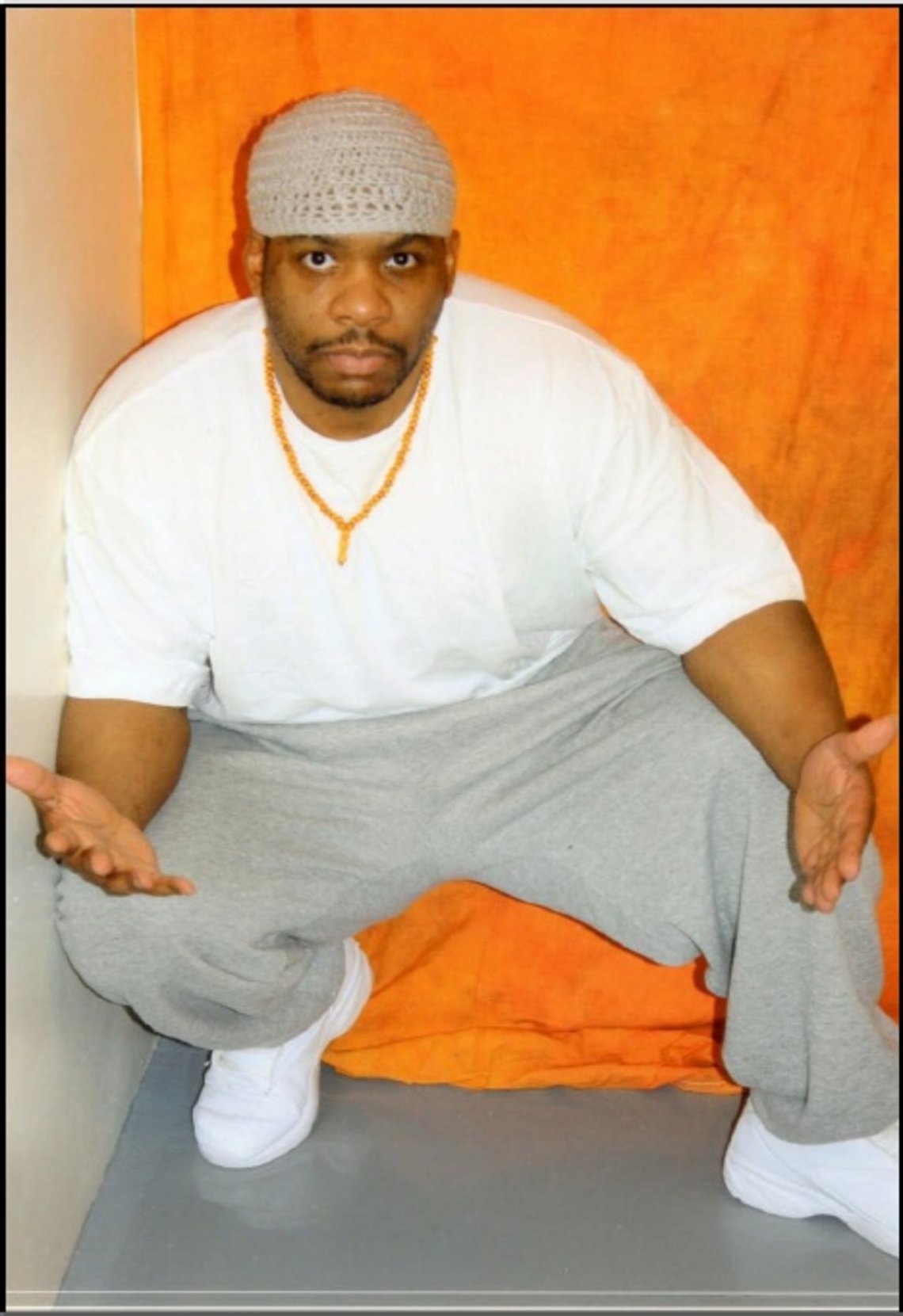 The lead plaintiff in the case, then and now, is Harold Cunningham. He is serving a life sentence plus 380 years for a series of crimes, including murder. In 1996, during a state trial in which he was representing himself, he stabbed a witness in open court. After that attack, he was diagnosed as severely mentally ill. Yet when he arrived at ADX-Florence in 2001 he was taken off his medication and placed in the facility’s Control Unit; prisoners in that unit were not permitted to take such medication. Once, years later, he was given a telepsychiatry session with an off-site doctor during which he was allegedly handcuffed from behind and surrounded by corrections officers, according to the complaint. 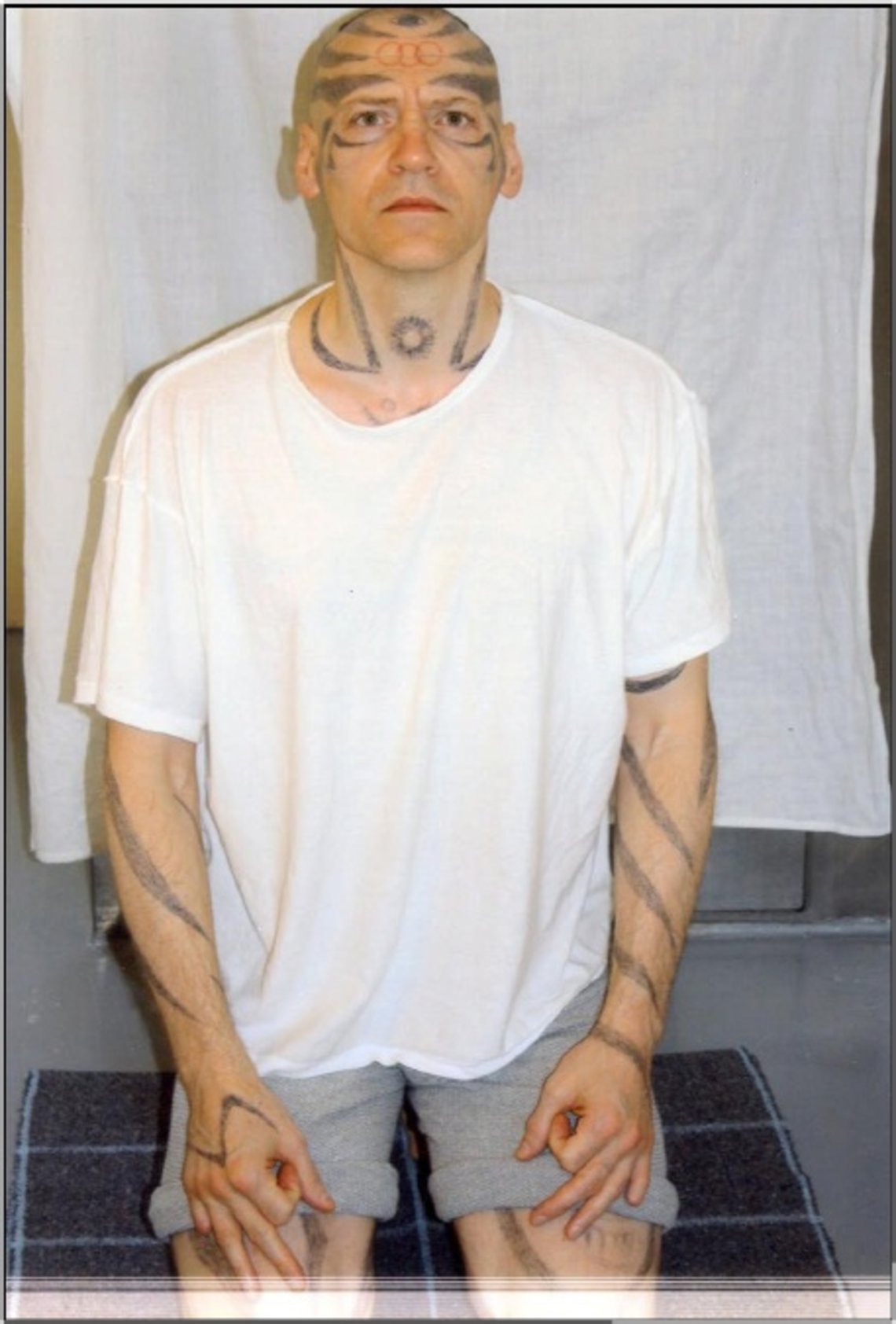 Another one of the original plaintiffs whose name is still on the pleadings is John “Jack” Powers. Unlike Cunningham, Powers came to federal prison without any history of mental illness. But he went mad behind bars. His trouble started when he saw three inmates kill another. After he testified about what he saw, he began to get threats from other prisoners. He developed insomnia and anxiety to such an extent that he was diagnosed as having Post-Traumatic Stress Disorder. Prison officials then transferred him from one facility to another, arguing that to do so would keep him safe, but it only made his mental illness worse.

When the lawsuit was filed, Powers was in a cycle of physical destruction: he would cut himself to express his illness, and get punished for it by BOP officials, which in turn would make him want to cut himself more. Powers bit off his own pinkie, and still officials at ADX-Florence failed or refused to get him the help he needed. Only when he was transferred to another federal prison, one specializing in mental health care, would he begin to recover. But once he began to recover he’d immediately be sent back to Colorado, where the downward spiral would begin again.

“By any measure, [ADX-Florence] is a different place than it was in 2011” when the lawsuit was filed, the settlement lawyers told Judge Matsch last month. “Nearly 100 mentally ill men have been transferred to other facilities. BOP has activated three new high security mental health treatment units in other facilities, which now house and care for many people with mental illness who spent years” at ADX-Florence… Many staff members at [ADX-Florence] and elsewhere within the BOP now understand mental illness better, and deal more humanely with inmates who struggle with mental health problems.”

Under the terms of the deal, there now will be new policies at ADX-Florence that ensure that arriving prisoners are adequately screened by medical professionals to determine whether they are mentally ill. There will be a screening before an inmate is transferred there, another when the inmate arrives, and another after the prisoner has been there a while. If mental illness is detected, prison officials will either transfer the prisoner to a more suitable facility or treat the prisoner at ADX-Florence “if his security needs cannot be managed anywhere else” in the federal prison system.” And thanks to the litigation there already are two new “mental health units” at federal prisons in Atlanta and Allenwood, Pennsylvania.

The deal also would eliminate the ban on prescribing psychotropic medicine in the prison’s Control Unit. This means that those prisoners who need the most intense medicine for their mental illness will get it. The Bureau of Prisons also now has “constructed and is using confidential spaces for secret, safe mental health consultations, as well as secure facilities for group mental health therapy.” This means that prisoners no longer will have “therapy” while shackled in chains with prison guards surrounding them. It also means those inmates who need the help are more likely to get it because the prison’s mental health staff has more than doubled in size since the litigation began.

The problems identified in the lawsuit reflect a culture of indifference. The proposed settlement probably can’t displace that culture entirely, but by involving mental health professionals, training prison staff and regular monitoring, it sends a clear message that the mentally ill have rights deserving of respect. Two well-known and respected doctors will oversee all these programs to ensure that prison staff are doing what federal lawyers and BOP officials promised.

How does a momentous decision like this come about? It isn’t easy. And none of the attorneys or experts on either side would talk with me about the particulars of the deal — on or off the record — unless and until Judge Matsch signs off on it, which they hope he will do after a hearing late next week. But from the proposed settlement document filed with the court last month — the terms of which were initially approved by the judge — we can glean a sense of the struggle it took. For example, formal mediation in the case, with Magistrate Judge Michael Hegarty presiding, took place over hundreds of hours spanning years. At one point, tensions between the sides became so contentious there was a year-long break in negotiations.

In the typical settlement it is clear that all sides agree on particular terms. When dealing with a class-action case, however, there is always a degree of uncertainty about whether members of that class will all go along. That uncertainty is compounded when the plaintiffs are mentally ill federal prisoners, not inclined to be trusting of authority. Most of the plaintiffs, however, evidently have signed off on the deal, especially the ones who already are seeing its benefits.

The litigation itself cost millions of dollars, both in attorneys fees and costs paid to experts — money the plaintiffs’ attorneys are asking the judge to make the government pay as part of the settlement. And there is a degree of time sensitivity to the litigation because there is no guarantee that the incoming U.S. attorney general will share the same desire for prison reform as Loretta Lynch. It is unlikely that the new administration would scuttle a deal that in some ways already is being implemented.

When I first started covering this case five years ago, I could hardly believe the extent of the mistreatment of these prisoners. And I had little reason to believe that systemic change would ever come to an institution — ADX-Florence — and a bureaucracy — the Bureau of Prisons — that were unwilling to even acknowledge the problem. But with persistent prodding from the outside, strong leadership on the inside, and a lot of good will, these wretched men can look forward to some relief.