The Great Escape? Par for the Course.

“These guys were absolutely jaw-dropping in their incompetence.”

By Alysia Santo and Eli Hager

The private prisoner transport company whose van was stolen by two inmates earlier this week in Oklahoma — precipitating a national manhunt that remains underway — may be feeling a sense of deja vu. The company has suffered at least half a dozen other escapes in the last five years.

Inmate Services Corporation, a small private extradition agency based in West Memphis, Ark., has also faced at least 15 federal lawsuits since 2010 mostly alleging unsafe conditions and abuse of prisoners, despite claiming on its website to have “never been involved in any law suits, past or present.” 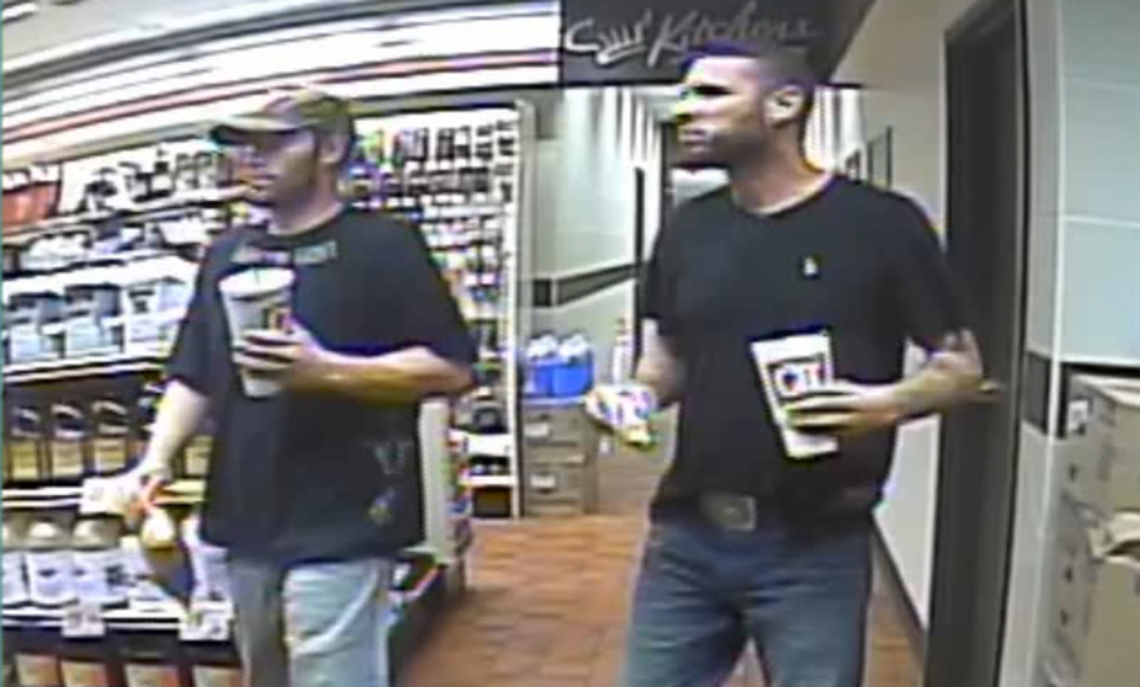 In the escape on Tuesday, inmates Andrew Foy and Darren Walp put one of the company’s officers in a chokehold and held a pencil to his neck, while the other guard was asleep with headphones on, according to police. The van was later found abandoned with an empty gun holster inside. The escapees, who are said to be potentially armed and dangerous, were last sighted on surveillance video in northeast Oklahoma and are possibly headed to Pennsylvania or Delaware.

“These guys [the Inmate Services guards] were absolutely jaw-dropping in their incompetence,” said Gary Swymeler, deputy sheriff in Major County, Okla., where the escape took place. “When I asked who had escaped, like who are we missing, they couldn’t remember their names. What kind of vehicle was it, what color was the van that was stolen? I don’t know, they said. They had rented it from Enterprise after their previous van broke down. They couldn’t even remember whether a handgun had been on board or not. Basic things you should know when you’re transporting six inmates across the United States.”

Randy Cagle Jr., the president of Inmate Services Corporation, wrote in an emailed statement that all of his officers have extensive training, that all inmates in this transport were properly restrained, and that he will continue to cooperate with law enforcement.

Extradition companies like Cagle’s are hired by state corrections departments and local sheriffs to retrieve fugitives and suspects wanted on pending warrants. The privately operated vehicles often travel long routes for several days at a time, zig-zagging across the country to make pickups and dropoffs at jails, with few bathroom stops and little sleep for either guards or prisoners.

An investigation by The Marshall Project, published last year in The New York Times, revealed a pattern of deaths and abuse in the industry. Since 2000, at least a dozen people have been killed and another dozen seriously injured in more than 50 crashes on vehicles operated by these businesses, while at least 14 women have alleged they were sexually assaulted on board. Since 2012, at least five prisoners have died while being transported by Prisoner Transportation Services, the nation’s largest for-profit prisoner transport agency.

Inmate Services Corporation is much smaller, but it has a record of mishaps to rival P.T.S.

Most recently, in July 2016, a registered sex offender facing charges of home invasion escaped from an Inmate Services van in Florida. In 2015, an inmate charged with second-degree murder broke out of another of the company’s vans’ back window at 4:38 a.m. as it traveled through Minnesota. Three months before that, an inmate convicted of aggravated robbery broke out of his restraints, ran past the transport officers, scaled a fence, and disappeared into an Illinois cornfield before leading the U.S. Marshals and at least three other law enforcement agencies on a 40-day manhunt that ended with the fugitive’s capture in Oregon.

Cagle, the Inmate Services president, estimated in an interview last year that his agency transports over 1,000 people annually. “The industry is just the way it is,” he said. “We’re not hauling fruits and vegetables. We’re hauling human beings.” 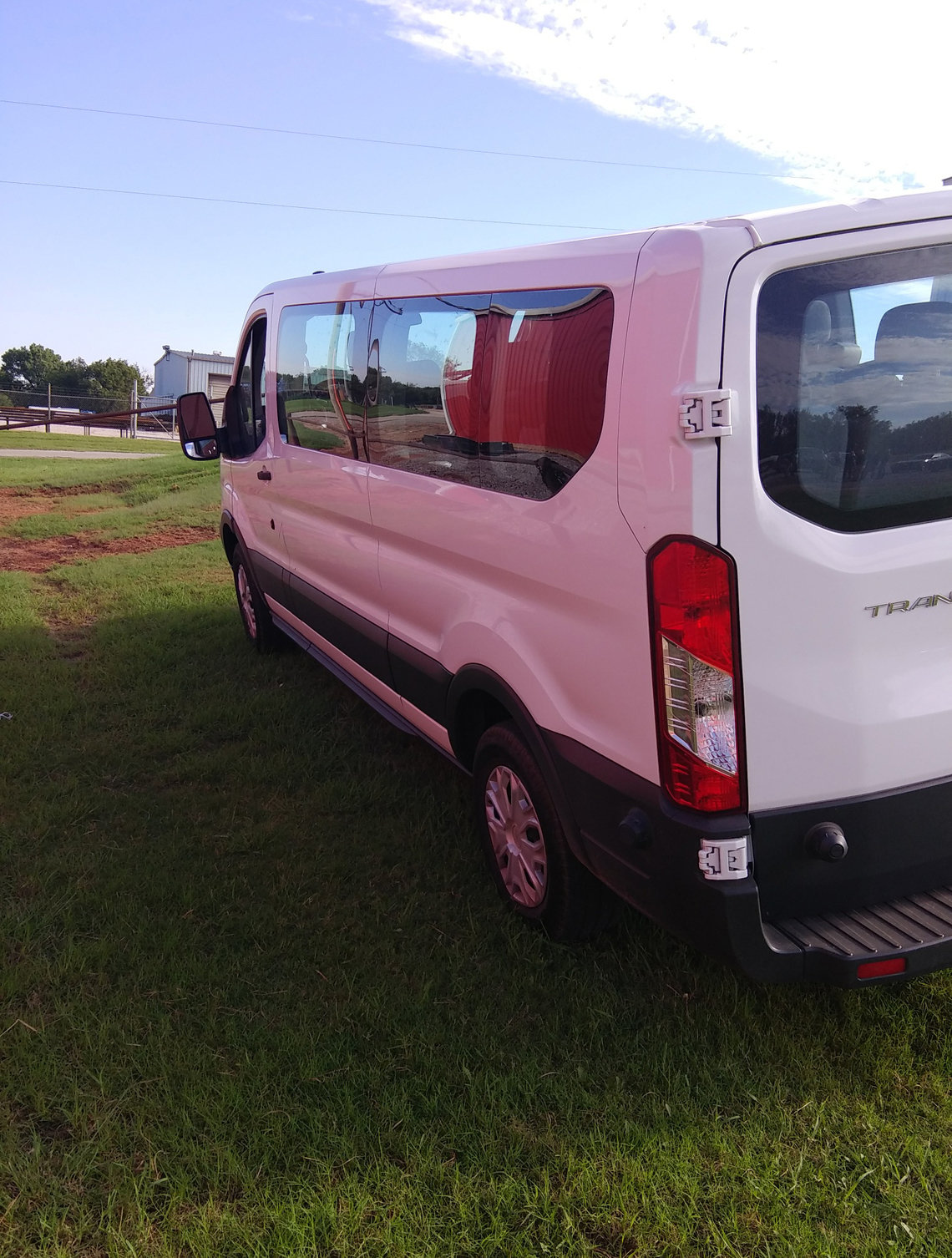 Authorities say Foy and Walp overpowered the guards and stole the transport van near Fairview, Okla. The van was found about 13 miles from where it was stolen.

In 2013, another of his company’s vans stopped at a rest stop, this time in Wyoming; surveillance footage shows an inmate fleeing the restroom. The transporting officers took 90 minutes to notify police, and the escapee has never been found.

And in 2012, a 31-year-old man facing charges of sexually assaulting a 14-year-old girl escaped — with a change of clothes, while the guard was sleeping — out the back door of an Inmate Services van at a highway gas station after 2:00 a.m. He, too, was never found.

“I thought, good God, if we handled our prisoners like that, I’d be thrown out of office!” said Sheriff Mark Norris of McCook County, S.D., where that escape took place. He said the van was not equipped with any bars or caging.

Other local sheriffs and law enforcement officials familiar with Inmate Services Corporation express similar views of the company’s practices and track record. Under federal law, private transport agencies are required to reimburse law enforcement for the costs of a manhunt following an escape, but in at least three of the recent incidents, local police told The Marshall Project they sought reimbursement from Cagle but never received a response.

“In my 16 years of law enforcement experience, I have never seen a more unsafe situation,” said Michael Perry, a deputy sheriff in Marion County, Ore., referring to an Inmate Services Corporation van that stopped at his jail earlier this year. “It is hard to find the words to express my outrage, concern, and overall disbelief… This is the type of people entrusted with moving prisoners across our country?”

Perry said the van arrived 24 hours late, and no caging separated the guards from the inmates, who also were not wearing brightly colored clothing as required by federal law. They had been crowded into the vehicle for three days with no seatbelts, he said, with men next to women; one passenger had a gunshot wound.

“It looked like human trafficking,” Perry said. “This is third-world country stuff.”