White House Pushing to Help Prisoners Before Their Release

Officials are trying to line up jobs and housing for 2,200 inmates who are scheduled to be freed in July under the First Step Act. 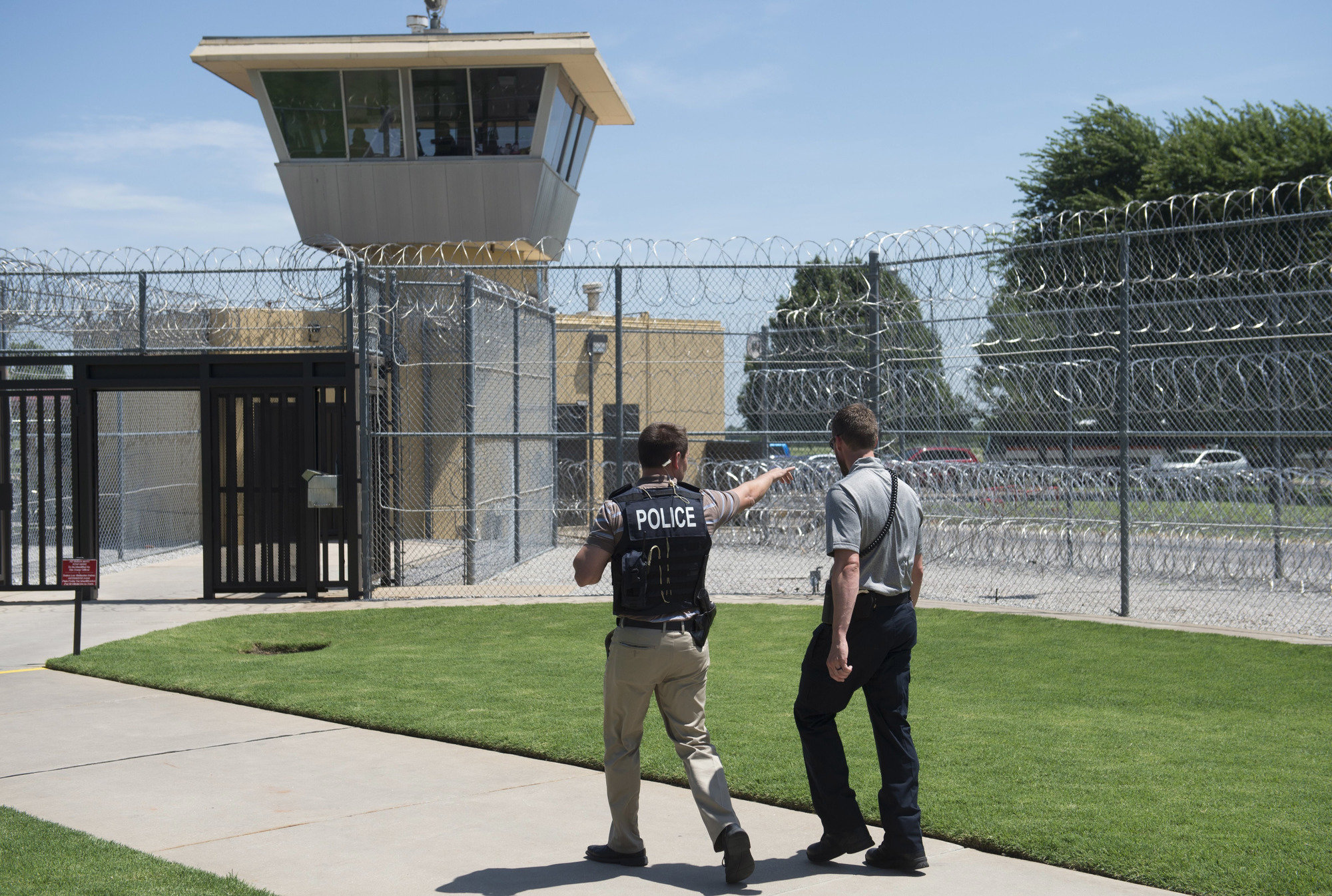 The White House is racing to help an estimated 2,200 federal prisoners line up work and housing before they are released next month, according to several policy experts and prisoner advocates who have been involved in the effort.

The early release is made possible by the First Step Act, a federal law passed with bipartisan support in December that is aimed at refocusing the criminal justice system on rehabilitation. The prisoners scheduled to be let out in July are the largest group to be freed so far. Their sentences are being reduced thanks to a clause that goes into effect next month, which effectively increased the amount of credit prisoners could get for good conduct in custody.

The intent of the law was to train people before they leave prison to find work and to screen them for any risk they might pose to public safety, but it’s unlikely that those steps will occur before a looming legal deadline.

Members of the bipartisan group that pushed for the new law are eager to celebrate the early releases, but they also are concerned that the inmates aren’t adequately prepared to land jobs, find housing or obtain transportation from prison to the places they will now live. Much of that help was supposed to come through programs within the First Step Act, but Congress has not yet funded the five-month-old law, and the Department of Justice has so far failed to allocate significant funding from its budget for it.

Much is at stake if the prisoners fail on the outside. Future criminal justice reforms—including efforts to revise rigid sentences, offer more alternatives to prisons and reconsider old drug laws—could be set back if dozens of people reoffend and go back to prison or if someone commits a high-profile crime. About 45 percent of people released from federal prison go back within five years, according to a U.S. Sentencing Commission study.

Rearrests could also jeopardize congressional funding for the First Step Act, which has had a wide-ranging effect on the federal justice system. The law has already limited the length of sentences for drug crimes, improved prisoner treatment and cleared the way for more inmates with serious health problems to finish their sentences at home.

Until now, the act’s biggest impact has come from a provision that reduced especially heavy sentences for crack cocaine. The change resulted in shortened sentences for 826 prisoners and set free 643 federal inmates, according to the DOJ.

With weeks remaining before thousands more prisoners walk free, the Trump administration has assigned the U.S. Probation Office and the Department of Labor to help people prepare to return home. White House officials are also seeking as much help as possible from the private sector, according to policy experts involved in the effort. They’ve asked major corporations to make pledges to hire the ex-prisoners while pushing the Social Security Administration to make sure each prisoner has a Social Security card needed for employment. The Salvation Army is providing help with housing. White House officials have discussed asking ride-share companies and public transportation agencies to offer free rides, the policy experts and advocates for prisoners said.

The Society for Human Resource Management, a national membership association for people working in human resources, has been recruited to work with states and private employers to offer education, legal advice and guidance on how companies can hire ex-prisoners. President and CEO Johnny C. Taylor Jr. said his organization had already begun that work last year but has ramped up a messaging campaign to let companies know that more than 2,000 employable people are about to start asking for jobs.

Recidivism experts say the boost the White House can provide will help the formerly incarcerated stay out of prison. But they also need help from businesses, service providers, churches and religious groups in their neighborhoods, said Carrie Pettus-Davis, executive director of the Institute for Justice Research and Development at Florida State University.

Many prisoners eligible for release in July could have been let go earlier if not for a bureaucratic disagreement over how much sentences could be reduced by good conduct. The federal Bureau of Prisons, which has a track record of being resistant to early releases, authorized just 47 days a year. But the First Step Act clarified that inmates could earn up to 54 days a year. Since the law was passed, the Department of Justice has blocked early release requests based on the 54-day provision, citing another part of the new law that calls for a risk assessment first. A committee of criminal justice academics, former prison officials and the Hudson Institute, a conservative-leaning think tank, is working under DOJ auspices to come up with a screening program for that task.

But the First Step Act also included a deadline—giving the Justice Department seven months to get the system up and running. That deadline arrives in mid-July, and the White House believes that the DOJ can no longer stand in the way.

“The delay’s been incredibly frustrating, and we know that because we’ve been in touch with families who’ve been expecting their loved one to come home the day the bill was signed,” said Kevin Ring, president of Families Against Mandatory Minimums.

The White House did not respond to requests for comment.

Outside groups that lobbied for the First Step Act say preparing prisoners for the workforce has never been more important, with unemployment at record lows and businesses scrambling to fill positions.

“We know this administration is focused on the roughly 2,200 federal prisoners who are expected to be released this summer under the First Step Act,” said Mark Holden, senior vice president of Stand Together, a justice reform group funded by billionaire industrialist Charles Koch. “We all share the same vision that those leaving prison have access to basic needs and services that will help them safely return home and become contributing members of society.”

Not everyone believes that the prisoners will be freed next month. Brandon Sample, an attorney in Vermont who represents prisoners awaiting release, said he expects the Bureau of Prisons to find technicalities to snag inmates and further delay the releases. “The Bureau of Prisons doesn’t like the First Step Act, and they’re going to do everything they can to impede the will of the legislature,” Sample said. The Bureau of Prisons did not respond to a request for comment.