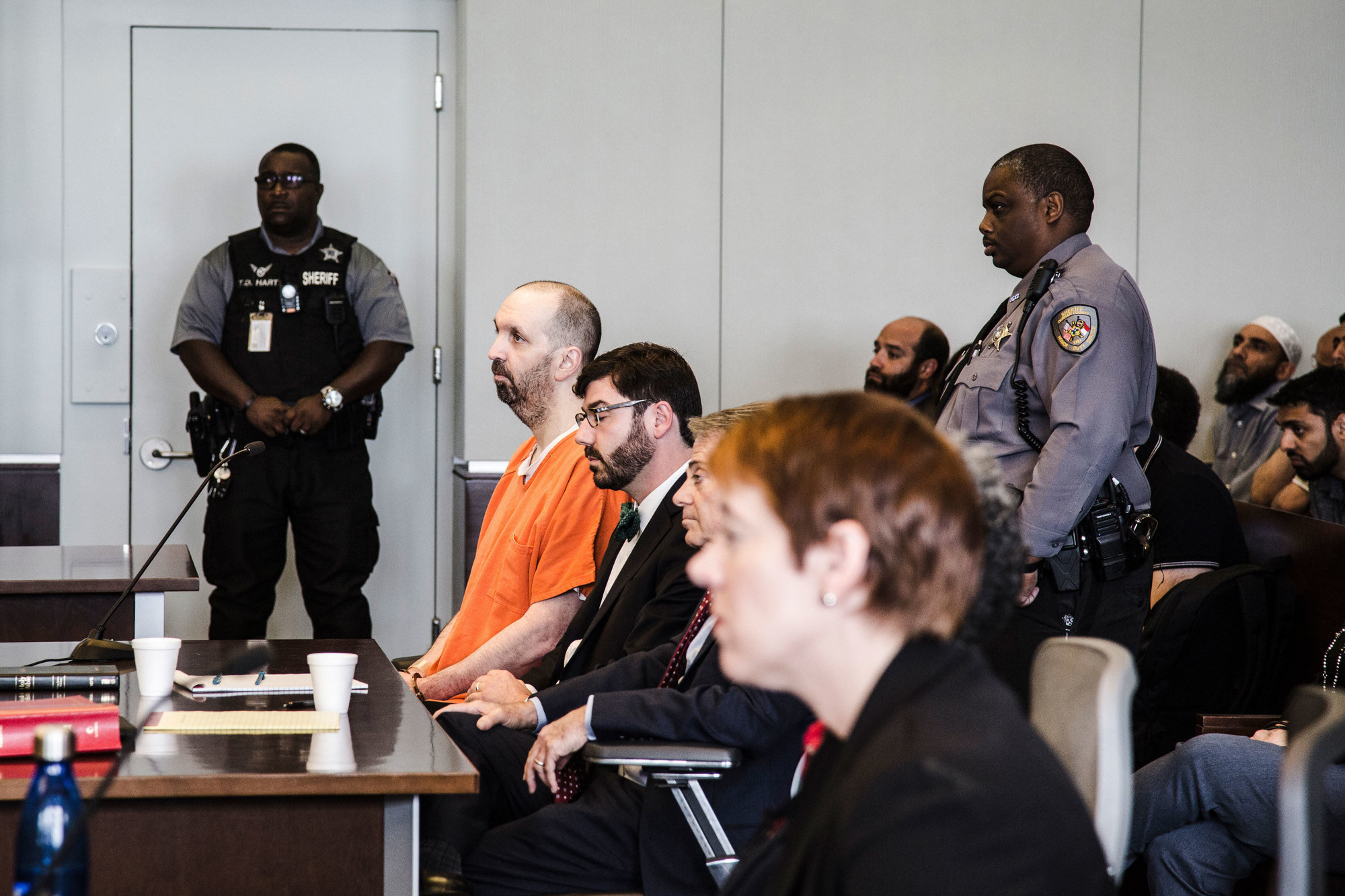 DURHAM, N.C. — Murders prompted by broad hatred of non-white people are indeed hate crimes, even if current law doesn’t label them that way.

The shootings were the crimes “of a white man whom society taught that his views were the only ones that mattered, and who looked down on other people,” said Durham District Attorney Satana Deberry.

She presented extensive evidence, which he did not contest, that he treated people of color with violence and contempt. He did not make a statement in the courtroom.

The proceedings were a vindication for the families of the students, and the broader Muslim community in North Carolina. They had lobbied prosecutors to charge Hicks with a hate crime, arguing he singled out the three young people—Razan Mohammad Abu-Salha, 19; her sister, Yusor Mohammad Abu-Salha, 21; and Yusor’s new husband, Deah Shaddy Barakat, 23—because of their religion and dress.

Hate crimes, in which victims are chosen because they belong to or are thought to belong to a particular group, receive a special status in law because they can leave an entire community of people feeling threatened and violated.

Police had originally described the killings as a dispute over a parking space at the apartment complex where Hicks and two of his victims lived. And investigators didn’t find specific attacks on Muslims in his postings on Facebook.

Federal authorities declined to press hate crime charges, saying the parking issue muddied the primary motive—bias—required by federal courts. North Carolina does not have a hate crime statute that would apply to first-degree murder.

Joseph Cheshire, a lawyer for the families, called for a change in state and federal hate crime laws. Federal prosecutors’ decision not to charge Hicks with a hate crime “fed the vicious internet lies that they were not killed for their religion,” Cheshire said. “The laws should be changed and should be named after these three beautiful children.” 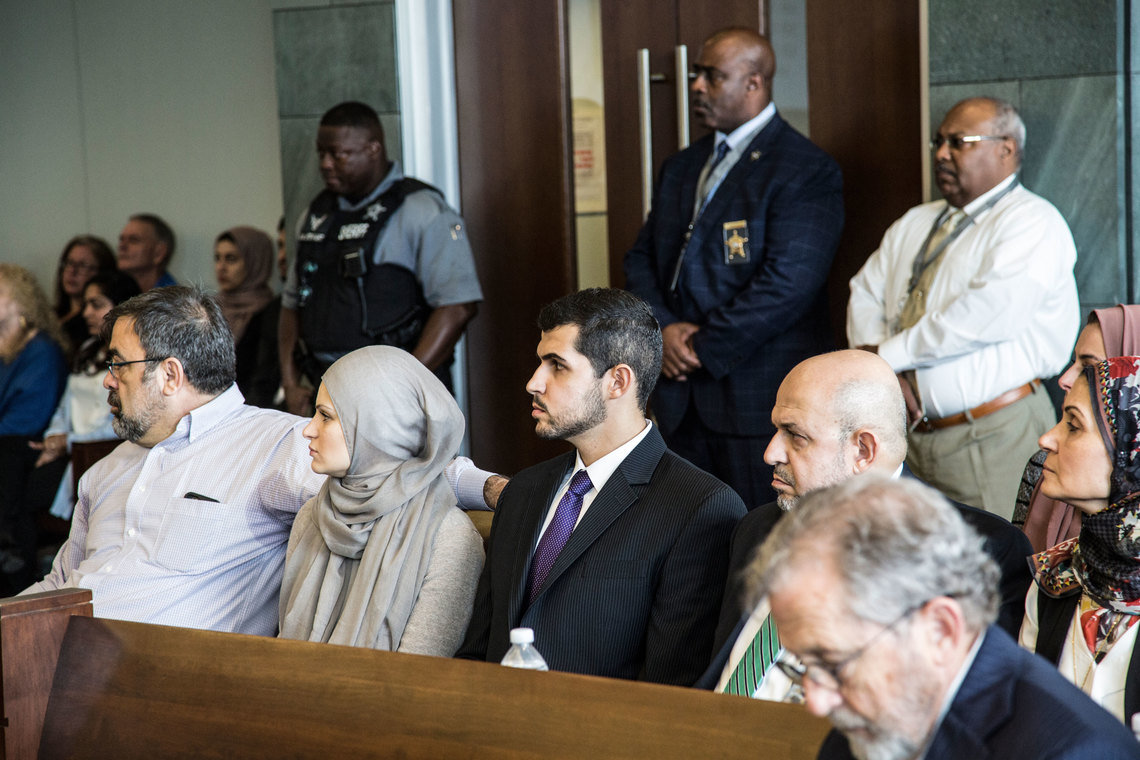 Hicks had told police he began shooting after he complained about parking and Barakat responded with a torrent of obscenities.

To rebut Hicks, prosecutors played a video of the killings, filmed by Barakat, after the judge ordered everyone in the courtroom to turn off recorders and cameras.

Barakat, who had planned to file for a restraining order, turned his cellphone video on after Hicks rang the doorbell. After Barakat opened the door, Hicks complained, “You’ve got three cars in the lot, and I don’t have a parking spot.”

Barakat remained polite and did not curse.

Asked to leave, Hicks pulled his gun and shot Barakat from the porch. The two women could be heard shrieking and begging.

In the courtroom, some people cried out and prayed as the video was played, while others shouted at Hicks until the judge, Orlando Hudson, asked for calm.

Prosecutors also presented evidence about a pattern that emerged in police interviews of 36 neighbors. None of the white witnesses remembered him brandishing or wearing a gun when he complained or left angry notes.

Brown or black neighbors said he showed his firearms and threatened violence. He used his car to block the car of a woman of Indian descent, telling her, “How about I beat you up for a few minutes.” He brandished his gun to a man of Korean descent. A Persian man reported that Hicks told him, “I am sick of you people.” African-American maintenance workers heard Hicks use racial slurs.

But he was most menacing to Yusor Abu-Salah. In several texts, she wrote, “I wonder if he would do this to a white person.”

Three members of the victims’ families, all medical doctors, gave emotional testimony about the holes in their lives Hicks created.

Then Farris Barakat, Deah’s brother, chanted a prayer in Arabic imploring people to follow the example of charity and kindness set by his brother and sisters-in-law. “Never think of those who have been killed in the way of God, Allah, as dead,” he then translated. “Rather they are alive in the Lord.”