What I Learned About Voting Rights in the Fields of Angola 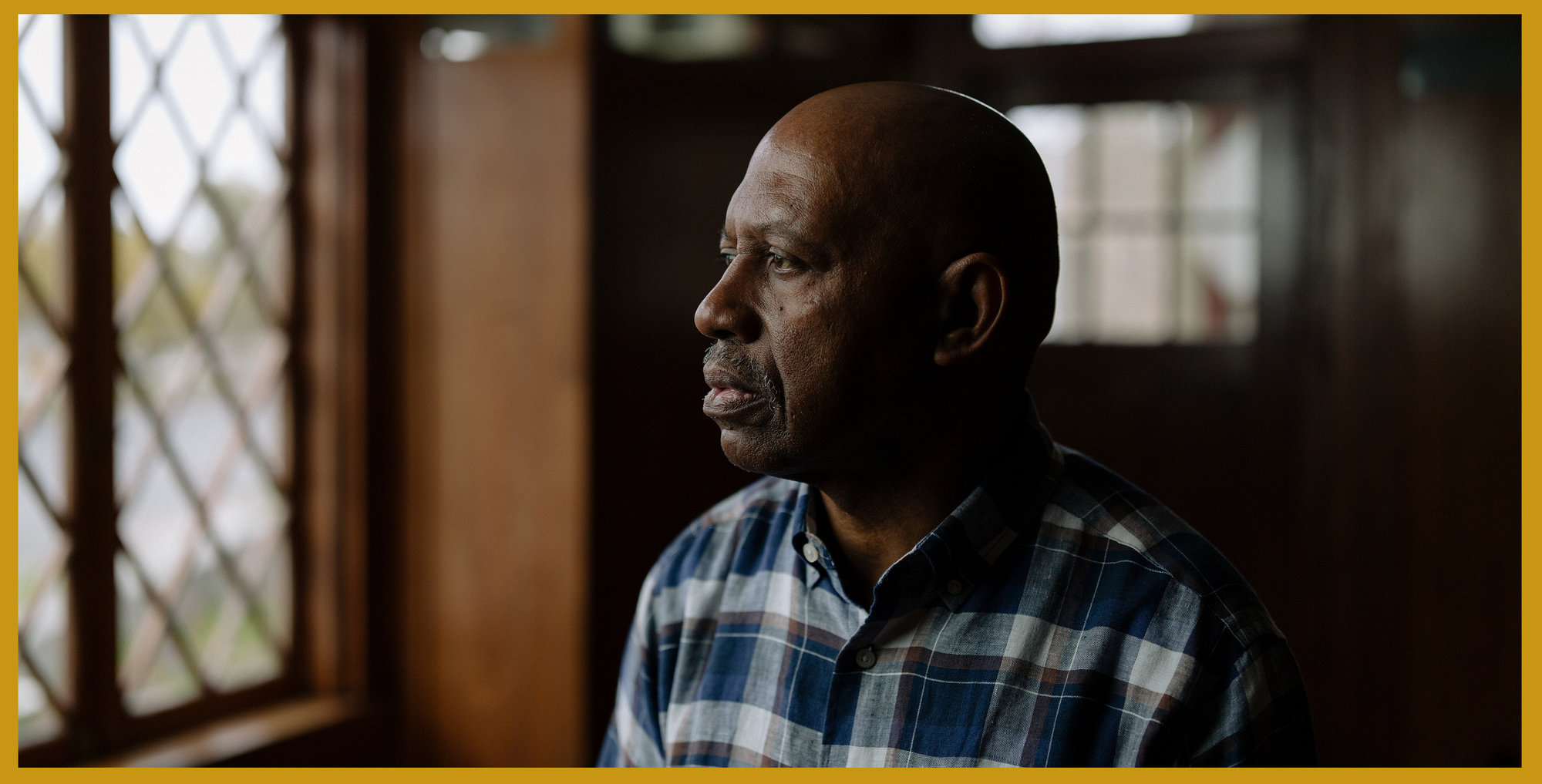 Norris Henderson founded Voice of the Experienced (VOTE) to organize incarcerated people to engage in civic issues after he was released from Angola, the Louisiana State Penitentiary. Bron Moyi for The Marshall Project and Slate
By Norris Henderson as told to Maurice Chammah
Perspectives from those who work and live in the criminal justice system. Sign up to receive "Life Inside" emailed to you every week.

This week, The Marshall Project and Slate published a series of stories based on an unprecedented survey asking thousands of incarcerated people about their political views. Today’s Life Inside is part of this series and examines political life inside of prison and out.

When I first arrived at Angola prison in Louisiana, in the 1970s, I worked in the fields like everyone else and then in the “tag plant”’ making the state’s license plates. On weekends, I’d go to law classes taught by some of the other prisoners. Many prisoners only had a fifth-grade education, but I’d been to some college and I loved to read. I played sousaphone in high school and was used to memorizing sheet music. Memorizing case law felt similar. Pretty soon, I was the one teaching the classes.

The Marshall Project partnered with Slate to conduct the first-of-its-kind political survey of prisons and jails across the country. Read more about Trump's incarcerated supporters, how prison can change your political outlook and what individuals had to say. Here’s more on how we did it.

An older prisoner named Kenneth Johnston—we called him “Biggie”—mentored me, and I became his protege, learning how to write motions, appeals and other legal documents. One day, he read a little memo I’d written, and he said, “Bang it up!,” meaning, go ahead and write up the motion. That was the first time I did something on my own.

I got a job in the law library and became “counsel substitute.” It was a bit like a competition: Guys would come into the library looking for the best person to help them with their cases. I told myself, One day they’ll be coming through that door looking for me.

Now, looking back, I’m grateful to the guys who entrusted me with their life. That’s what it boiled down to.

Eventually, I got to run the library. I’d show up at 7 a.m. and work all day—with breaks for lunch and count times—and sometimes stay up all night working. The library was my sanctuary. I had to read every periodical before it went on the shelf and, because this was before the days of computers, I would write out index cards about new cases for the library catalog. I’d write to lawyers, asking them for briefs that had been successful in court, so that other men in prison could use similar arguments.

We had a crew of maybe 50 jailhouse lawyers, and we set up the library like a firm: we had specialties, like criminal appeals or divorce or custody—all common issues in prison. At first, the library was maybe 1,100 square feet, set up like a shotgun house. But after a fire in the 1980s, the education building was rebuilt. We had a much bigger space. It rivaled anything on a college campus.

Every once in a while a guy would thank us for helping him get out of prison. That felt really good.

This was an era when riots were erupting at prisons across the country: Attica, San Quentin, New Mexico State Penitentiary. Some people on the outside said Angola would see the biggest riot of all, and we’d say to each other on the inside, “Well, nobody gave us the memo!” But we also knew our prison was on 18,000 acres: If we rioted, they would just send us to another section. We’d still be in prison.

The new guys asked the old-timers: “What was the law when you showed up?” We realized that in the 1960s, more people had been going home on parole. We tried to analyze which laws had created our current situation. We expanded our research nationwide, writing to legislative secretaries around the country and asking about the laws in each state. We started writing legislation based on this research, and we succeeded in changing parole laws to make it easier for some men to get out. In 1987, we founded the Angola Special Civics Project.

We’d gone from helping individual guys fight their cases to helping everyone by working on policy. We managed to organize around laws preventing prisoners from viewing public records by asking family and friends to access police records and district attorney records for their own cases. This gave a lot of guys hope.

When someone would get out, we’d say, “You have to be our voice on the outside.” But we also knew that if you were released from prison in Louisiana, you weren’t allowed to vote. When I was released in 2003, I told myself, “I won’t forget where I came from, nor will I forget the people I left behind.”

That year, I started an organization called Voice of the Experienced, or VOTE. Our goal was to get people in the justice system more engaged with civic issues. We worked to get pre-trial detainees in the jail, as well as those convicted of misdemeanors, registered to vote. But there was a big limit to what we could accomplish: Louisiana was one of many states that didn’t allow people with felony convictions to vote.

This law went all the way back to Jim Crow, to the post-Reconstruction effort to strip people of color of their political power. I watched people wake up to this reality, to say out loud, “Now I understand why these folks didn’t want me to vote.” We organized, and eventually we convinced the legislature to pass a law giving people with felony records the right to vote as long as they’d been out of prison for five years.

We began working to register these men and women as voters, and 2019 was the first time they had the opportunity to cast ballots. I think we appreciate having the franchise more than people who have always had it. Having lost it, now we know what to do with it. After that victory, we turned our efforts to another vestige of Jim Crow, a Louisiana law that allowed for people to be convicted even if the jury wasn’t unanimous.

Last fall, I helped organize a town hall with The Marshall Project for presidential candidates, at Eastern State Penitentiary in Pennsylvania. Kamala Harris, Cory Booker and Tom Steyer showed up. I credit my success in these political fights to those years I spent in the prison law library. It was there that I realized the people passing laws often don’t have a clue about how these laws impact real lives. Those of us close to the problem are that much closer to the solution.

Norris Henderson is the founder and executive director of Voices of the Experienced, and its sister organization, Voters Organized to Educate. He is a co-founder of the Formerly Incarcerated Convicted People and Families Movement and a former Soros Justice Fellow.

The Marshall Project partnered with Slate to conduct the first-of-its-kind political survey of prisons and jails across the country. Read more about Trump's incarcerated supporters, how prison can change your political outlook and what individuals had to say. Here’s more on how we did it.
Tags: →Angola Prison →Voting Rights for Felons →prisoners voting →Prison Life →Louisiana →Legislative Reform →voting rights →Election 2020