For many people leaving prison during the pandemic, closed DMVs mean closed doors.

Michael Albuja had only been in Illinois state prison for 18 months when he came home April 28, hoping to pick up his life where he left off. But he returned to Chicago’s Northside missing something small but crucial: photo identification. With government offices closed in a statewide partial shutdown, he has no idea when he might get an ID. 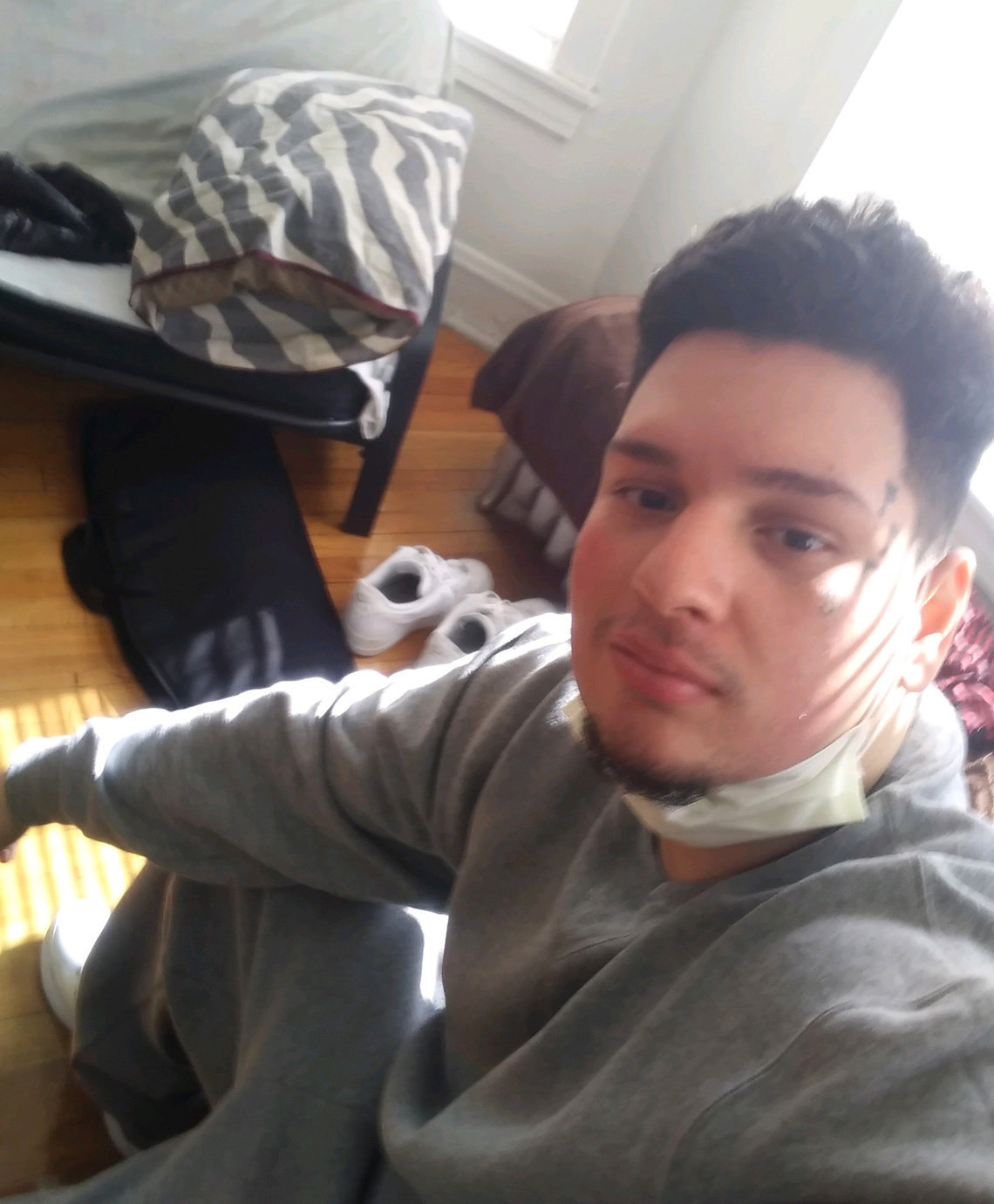 Michael Albuja, who was recently released from state prison, has been having difficulty finding a job because he can't get an ID.

Albuja used to work as a forklift operator for a printing company, a job he says was waiting for him when he finished his sentence. But someone in the human resources department broke the news that they couldn’t rehire him without valid identification.

“Every single job I apply to, every temp agency I go to, they say the same thing,” Albuja said. “Without the ID nobody can do nothing for me. This is the longest I’ve ever been without a job. It’s like they want you to go back to prison.”

Across the country, in states such as California, New Jersey, Louisiana, Illinois, and Oregon, people coming home from prison during the coronavirus crisis are running into this seemingly simple but overwhelming dilemma: How do you get an official ID when almost every licensing office is closed? And without an ID, how do you do anything? Many said they are left in limbo, unable to get a job, find housing, open a bank account, or even access basic benefits without that essential document. It’s yet another way the COVID-19 crisis has made the already difficult process of re-entry nearly impossible.

“It’s so basic, it’s getting almost no attention,” said Katherine Katcher, founder and executive director of Root and Rebound, a legal advocacy and reentry organization that works in California and South Carolina. “This entire population of people have not been taken into consideration.”

One Root and Rebound client, Vah Saechao, had the money to rent an apartment in Clovis, California, but says he was turned down by over 20 landlords because he couldn’t provide identification. In Los Angeles, Zakee Hutchison has asked his family to mail cash or gift cards to the transitional house where he’s living, as he can’t apply for jobs or even get a debit card right now.

“Trying to communicate with the DMV is like trying to talk to Martians on the moon,” Hutchison said. “It’s just impossible.”

The California Department of Motor Vehicles has moved most operations online, and opened some offices in early May. But any online system is a challenge for people with limited access to technology or little experience navigating the internet. Getting a new ID after a years-long sentence would require an in-person visit anyway, and the DMV’s website says “new appointments are not currently available.”

In an emailed statement, the California DMV said they work closely with state corrections officials to make sure people released from prison can access ID. Currently, individuals who are eligible for a reduced-fee or no-fee ID card can walk into one of the open offices without an appointment. To qualify, you need a waiver signed by a registered social service provider.

Even if you can get in the door, though, the open offices are scattered throughout the state. “The closest one to me is in a city called Santa Ana, which is 3 ½ hours by bus,” said Joshua Snyder, who uses a walker to get around.

In Louisiana, the Office of Motor Vehicles was closed for two months before re-opening some in-person locations last week. One set to open outside New Orleans had to nix that plan the same morning, due to a potential COVID exposure. At another nearby office, people started lining up at 4 a.m. the day it was set to open, according to reentry service providers in the city.

In the meantime, social service providers are scrambling to find workarounds. The First 72+, a reentry service provider in New Orleans, wanted to house recently released people in hotel rooms for two weeks, so they could quarantine before moving into longer-term housing. But almost every hotel requires an ID to check-in. Instead, the organization has started renting empty Airbnb’s for new clients, which allows staff to use their own IDs when booking. “Right now I think I have 14 Airbnb reservations,” said co-director Kelly Orians.

Public benefits are also out of reach. To get a free, government-issued phone, clients need a food stamp card to prove financial need, Orians said. And to get a food stamp card in Louisiana, you need a state ID. “It’s just this round robin,” she said. One sick client couldn’t get a coronavirus test because she didn’t have identification. (The city has since relaxed that rule.)

Most frustrating for those coming home, many say, is the inability to get work. “There are jobs out here, whether it’s Amazon, Walmart, a lot of the supermarkets,” said Dwayne Watterman, facility director for the New Jersey Reentry Corporation in Hudson County, next to New York City. “There are clients willing to take those [health] risks for employment. But you need an ID, that’s one of the first things they ask for when you send in your paperwork.”

Watterman’s organization used to regularly drive people to the motor vehicles office in their first few days out of prison. It was the first step in a long, arduous process for people putting their lives back together after incarceration. Even with an ID, finding a job and a stable place to live are notoriously hard with a criminal record.

And even before COVID, getting a new ID was a challenge for many leaving prison, as necessary documents could go missing after years locked up. Transportation and cost were also barriers. Some states, like California, had created programs to provide IDs to incarcerated people before they came home. But only people serving less than 10 years were eligible, and other documentation issues often got in the way. Data from the California Department of Corrections and Rehabilitation shows that between July and December 2019, fewer than 30 percent of people released from prison came home with ID.

“During the current pandemic, CDCR has worked diligently with its partners, including all 58 counties and the Department of Motor Vehicles to keep the program operational,” an agency spokesperson said in an email.

The DMV in Washington, D.C. created a program in 2014 to help people leaving jail and prison get identification, a service that has continued during the pandemic. The agency allows people to apply online and scan a copy of their prison ID to get a temporary, six-month identification card, while recipients gather the records needed to get a more official, federally-compliant ID. “Mayor [Muriel] Bowser believes that District Government should do as much as possible to reduce barriers,” said Gabriel Robinson, Director of the DC Department of Motor Vehicles, in an emailed statement. “Having an Identification Card that can be obtained free of charge upon release is an essential component.”

But many states have no such system, leaving the recently released waiting until their city or state reopens. Some people have resorted to using alternate forms of identification, like expired out-of-state licenses or school IDs, if their families can find them. Others have tried to get by using their prison ID, which usually lists their name and prisoner number alongside a photo. But those papers can carry a stigma. “I had my prison ID but some people had never even seen one of those,” said Nate Billman, who was released from Oregon state prison on March 31. “There goes the [application] question, ‘are you a felon?’ For a few opportunities I had to say, ‘Oh, I left my wallet at home.’”

Orlando Ames, a reentry coordinator with Freedom Project in Washington, says there’s an emotional cost of living without such basic documentation. After coming home from prison himself, “I was excited when I got my ID. It’s different from having the institutional ID. It’s a small piece of you,” he said. “It allows you to have that mental shift. It says, I’m no longer a prisoner. I’m a person.”