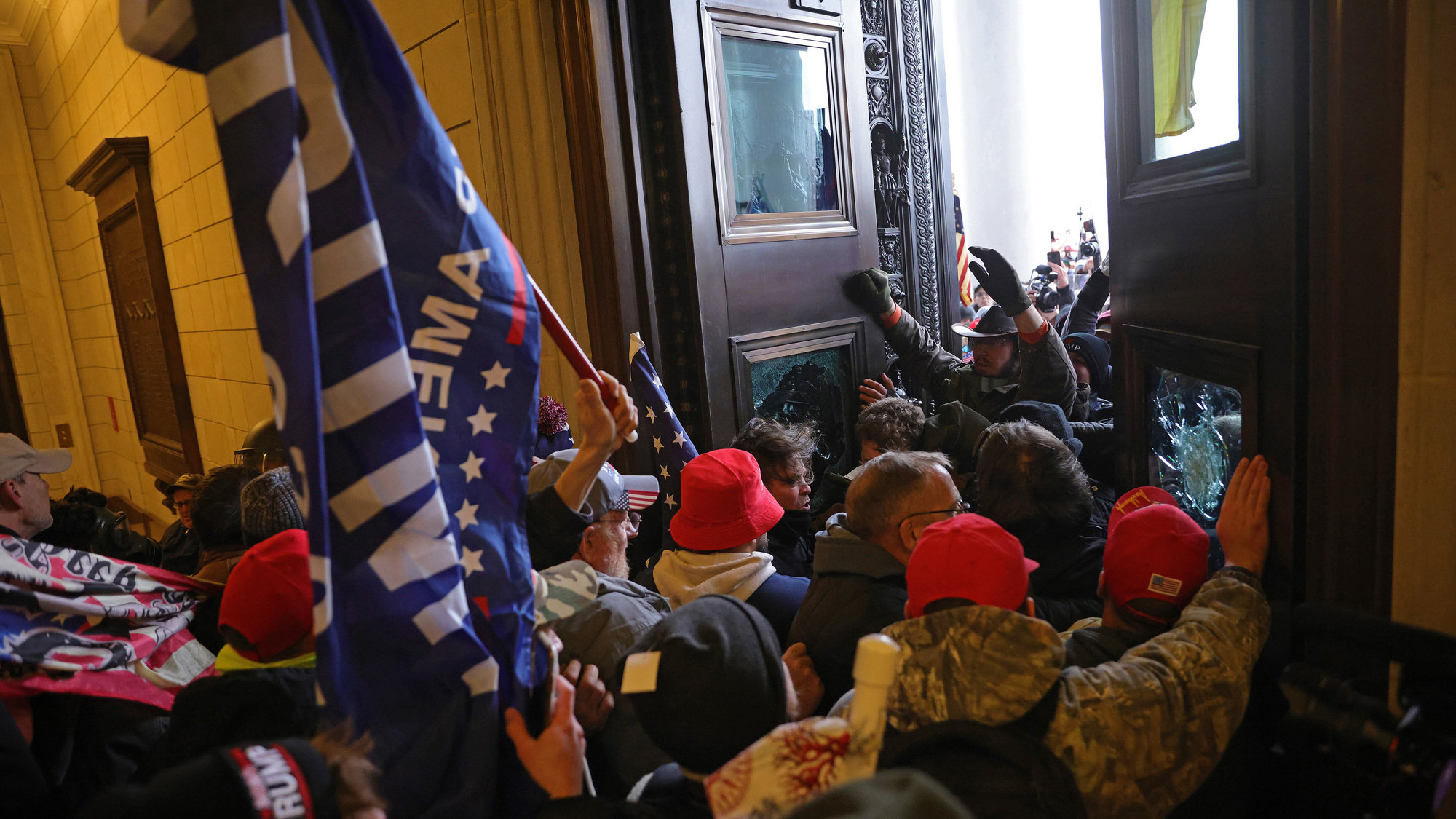 Ever since the violent siege on the Capitol last week, national security experts and others appalled by what happened have called for new laws and policies to punish those involved. An association of more than 14,000 current and former FBI agents, for instance, is urging Congress to make domestic terrorism a separate federal crime so it can be easier to prosecute.

The impulse makes sense. The insurrectionists killed a police officer, erected a gallows and carried the Confederate flag, a symbol of treason, through the hallowed halls of U.S. democracy. And charges filed so far have not been very severe, though federal officials have said they expect harsher ones soon.

But some civil-liberties advocates have expressed concern that any new measures enacted in response to the Capitol riot will end up punishing Black and brown people more than the mostly White people who took part, just as laws passed after the Oklahoma City bombing and the Columbine massacre did.

Even hate crime legislation, specifically intended to help prosecute crimes motivated by white supremacy and other forms of bigotry, can have a disparate negative impact on minority groups. In 2019, for example, Black people made up roughly 13 percent of the U.S. population yet were accused by law enforcement of nearly 24 percent of hate crimes, according to Justice Department statistics. White people, conversely, were 60 percent of the population yet faced fewer than 53 percent of hate crime accusations.

Below are three prominent historical examples of White violence leading to disproportionate punishment for people of color.

A half-century ago, the Mafia was seen as a pervasive, violent threat to American politics and society, the way that white nationalism appears to be now.

To combat it, Congress in 1970 passed the Racketeer Influenced and Corrupt Organizations Act, or RICO, perhaps the most sweeping federal criminal legislation ever enacted. It allows the government to go after members of criminal organizations for their participation in the larger criminal enterprise, not just for committing individual crimes, and it provides for stiff enhanced prison sentences.

There was, of course, anti-immigrant sentiment laced into this desire to crack down on the mob: La Cosa Nostra, the American Mafia, was made up mainly of Sicilian immigrants. But at the time, lawmakers weren’t talking about going after Black criminal groups.

Yet that is who has been disproportionately prosecuted under RICO in recent decades, according to research by Jordan Blair Woods, a criminologist at the University of Arkansas School of Law. In a 2012 study, he found that approximately 86 percent of federal criminal prosecutions of gangs using the RICO statute have targeted racial minorities.

This is in part because of the implicit racial biases of prosecutors, Woods told The Marshall Project. They tend to only see a White gang as a “gang” when it is formally organized—a recognized neo-Nazi prison gang, for example, or a named motorcycle gang—while they are far likelier to apply the label to an informal group of Black friends in a neighborhood.

To be sure, RICO is also used against crooked politicians and white-collar criminals who engage in organized corruption. But many of these cases are brought in civil rather than criminal courts, legal experts say, resulting in penalties such as fines rather than prison time. Members of Black and Latino street groups are disproportionately likely to be criminally sentenced under RICO, to up to 20 years in prison.

In 1995, anti-government extremists bombed a federal building in Oklahoma City, murdering at least 168 people, including 19 children. It was the deadliest single act of domestic terrorism in American history, and the perpetrators were White.

But the sweeping federal law enacted hastily and heatedly in response—a law that the New Yorker called “surely one of the worst statutes ever passed”—has disproportionately impacted Black and brown criminal defendants, as well as immigrants.

The Antiterrorism and Effective Death Penalty Act of 1996, or AEDPA, included a hodgepodge of punitive provisions desired by both Republicans and the Clinton administration, not all of them directly related to the bombing. It increased penalties for terrorism-related crimes, for example, while separately gutting the right of prisoners to appeal their state court cases to federal court—a process called habeas corpus.

This process was originally created just after the Civil War and provided Black people in the South whose constitutional right to a fair trial had been violated a way to seek a new review of their case at the federal level.

The 1996 law severely restricted that precious protection, imposing a short time limit on such appeals as well as other legal hurdles. This was on the grounds that too many appeals were clogging up the justice system, slowing the ability of courts to punish wrongdoers.

In the 25 years since, the law “has done its most pernicious work by baking in all of our existing inequalities,” said Eric M. Freedman, a law professor at Hofstra University and an expert on habeas corpus. Because the system already so disproportionately affects Black people, he said, stripping away appeal rights was inevitably going to punish average Black defendants more than White terrorists.

Meanwhile, the post-Oklahoma City legislation also expanded the government’s ability to detain immigrants and allowed for the fast-tracking of deportations, provisions that are used to this day mainly against people of color.

It has been widely pointed out that mass school shootings are typically committed by White males, going back to the 1999 massacre at Columbine High School in Colorado. The two shooters, who rampaged through their school with shotguns and other weapons, killing 12 fellow students and a teacher, expressed a confused mashup of White grievance and other resentments in journal entries and tapes.

The nation reacted in horror and outrage at the slaughter. Policymakers fixated on the possible role of violent video games, movies and music—and also on the fact that police had been late to enter the school to try to stop the shooting.

That notion led the federal government, between 1999 and 2005, to dole out more than $750 million to school districts across the country to post more than 6,500 police officers inside schools. Students soon found themselves walking through metal detectors in the morning and watched by cops—and surveillance cameras—all day.

Some school policing had already existed, dating back to the law enforcement officers who had manned schoolhouses in the 1950s, 60s and 70s to enforce desegregation. But it was turbo-charged by Columbine, and led to arrests of kids for what had previously been considered disciplinary infractions: playground fights, graffiti, disobedience. Many were now being charged in court with criminal mischief, or even terrorism-related offenses.

The school-to-prison pipeline, as it is now known, was born.

As these policies were enacted, the country’s racial biases again set in. “We know who the profile of the school shooter is, but that wasn’t who was profiled,” said Judith Browne Dianis, executive director of the national office of the Advancement Project, a civil rights advocacy group. “It was the urban schools, not the suburban Columbines” where kids were being increasingly criminalized, she said.

By the time the Obama administration’s Department of Education issued guidance to school districts for reducing racial discrimination in school discipline, Black students had become three times more likely than their White peers to be suspended and even more likely to be referred to law enforcement for the exact same infractions, according to civil rights data from department. (Special-needs children have also been disparately punished.)

Many of these infractions are a far cry from the Colorado massacre that led to increased school policing nationwide. In 2019, a 6-year-old Black girl in Orlando, Florida, was handcuffed with zip ties by police and marched out of her school into a cop car. Her offense? Throwing a tantrum.