Thousands of kids were freed from juvenile detention during the pandemic. They were more likely to be White, data shows. 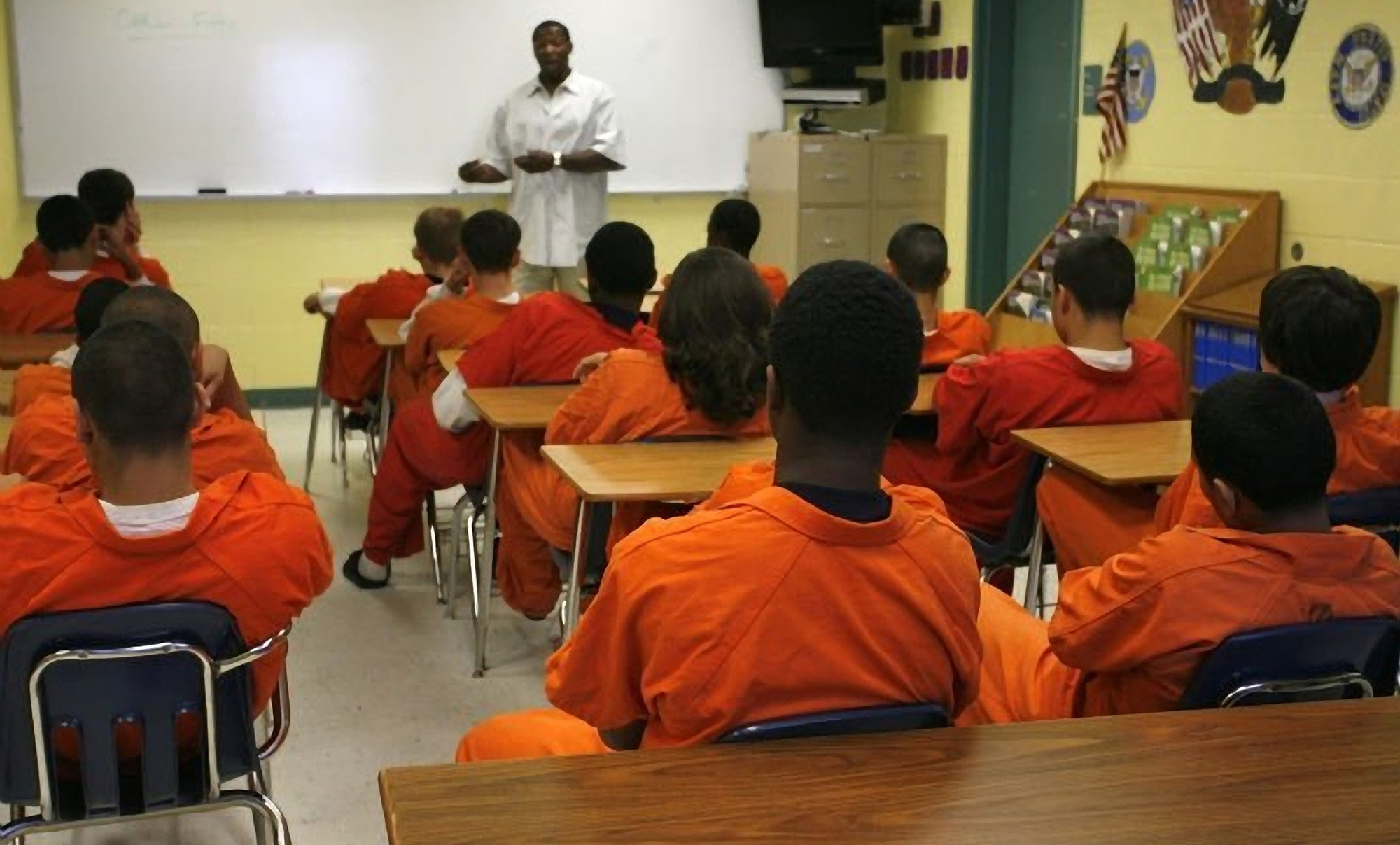 Teenagers at the Hillsborough County Juvenile Detention Center East in Tampa, Florida, in September 2020. Tampa Bay Times, via Zuma Press
By Eli Hager
How the coronavirus compounded the failings of the criminal justice system.

White youths were being released from juvenile detention centers at a far higher rate than their Black peers during the early stages of the Covid-19 pandemic, and young people of color have since been detained for longer than they were before the crisis, according to data gathered by a leading children’s philanthropy.

So many kids were freed from jail last year that by late summer, fewer children were incarcerated than at any point since at least the 1980s. But many youth facilities are increasingly holding almost entirely Black and Latino teens, according to interviews with more than a dozen juvenile justice officials and attorneys in seven states.

Though the racial inequality in youth detention has long been vast, it’s wider than ever, experts say. They point to several possible explanations, including bias from judges and other officials, and young people of color being detained for more serious offenses and having fewer alternatives to incarceration in their communities.

“It’s fitting that in 2020, the year that juxtaposed COVID and racial justice protests, we saw this shrinking of the system — but also a resistance to doing so for young Black people,” said Patricia Soung, a juvenile attorney and former director of youth justice policy for the Children’s Defense Fund in California.

And in the months since, while the number of White youths has remained historically low, the number of Black and Latino youths has risen slightly, said Tom Woods, a senior associate and juvenile justice data analyst for the Casey Foundation.

The racial gap in detention is worsening even though teens, including those of color, were arrested less often in 2020, data shows. Police have generally taken a more hands-off approach due to the virus and, because classes have gone virtual, young people have interacted less with school-based officers.

One explanation for the worsening disparity, some juvenile justice officials told the Casey Foundation, is that with fewer juveniles detained this year, a greater portion of them have been locked up for more serious offenses, often involving guns, which teens of color are more likely to be incarcerated for, according to pre-2020 data. The severity of the charges then makes it harder to release these youths.

This is also anecdotally supported by reports of increased gun violence among young people in Black neighborhoods in major cities during the summer and fall of 2020.

“There may be a legitimate public safety reason for a racial disparity,” said Sam J. Abed, secretary of Maryland’s Department of Juvenile Services, which reduced its incarcerated population by more than half this year. “But we have to come up with a release plan even for youth where there is some risk, because time spent in detention is truly damaging.”

Other youth justice officials and experts pointed out that prosecutors are more likely to label offenses committed by young people of color as “aggravated” and to charge them with simple gun possession, making it more difficult to argue they should be let out.

Several studies indicate that the judges, prosecutors and probation officers who help decide which kids can go home are disproportionately White and tend to have greater empathy for young people who look like themselves.

During the pandemic, another layer of racial inequity has set in for youths of color, juvenile defense lawyers around the country told The Marshall Project. Some judges and probation officers, they said, are reluctant to release kids of color because these children are more likely to be released to a grandmother or other elderly caretaker vulnerable to extreme illness from COVID-19 — or to a single parent working multiple jobs who would be unable to supervise the teen at home during the day, with schools still closed.

Young people of color also have fewer alternatives to detention available in their neighborhoods. Lack of funding and coronavirus concerns have made social services, mental health treatment, extracurricular activities and mentorship opportunities even more scarce. Judges are less likely to approve release for teens who do not have access to such resources.

“The first beneficiaries of a downsizing system are those with somewhere else to go,” says James Bell, founding president of the W. Haywood Burns Institute, which aims to ensure racial equity in the juvenile justice system.

Still, juvenile justice officials told The Marshall Project they are redoubling their efforts to combat the racial disparity amid the pandemic.

“We’re still releasing more White kids than Black and Hispanic kids, but the rates are going in the right direction now,” said Diana Quintana, assistant executive director of the Harris County Juvenile Probation Department in Houston, Texas. “I’m sure we’ve contributed to it in ways we might not even be aware of, and we’re now working on that.”

In the first month of the pandemic alone, the number of children held in detention facilities plummeted by 24% — as large of a decline as from 2010 to 2017 combined. (A new report released last week by the Youth First Initiative, an advocacy group, found a similar drop for most of 2020 in the population of youth prisons, where kids are locked up after being sentenced.)

In many ways, this dramatic decline, coupled with a dramatically worsening racial disparity, echoes the trendlines of the past two decades. Since 2000, the U.S. youth incarceration rate has been cut by well more than half, widely considered a major achievement. But as of two decades ago, White kids were locked up in greater numbers than Black kids; by 2017, more than 17,500 Black youths were incarcerated, compared with fewer than 14,000 White youths — even though only roughly 13% of Americans are Black.

And for those young people who remain confined this year, the experience has been more harmful than usual. Kids in juvenile jails are more alone than ever because most in-person visits with their parents and loved ones have been canceled due to the virus, as well as most in-person classes and programs.

Every day that an adolescent spends in detention — with educational programming shut down or taking place remotely — is itself a health emergency, according to the American Academy of Pediatrics. Most teens in the juvenile justice system have also experienced childhood trauma, which compounds their sense of being abandoned, experts say.

Zakiya Reddy-Cherif, a Black mother in Philadelphia whose teenage son has been incarcerated throughout the pandemic, has not been allowed to visit him the whole time, she said. But later this month, he has a court date at which his public defender will ask the judge for early release, citing COVID-19 concerns.

Reddy-Sherif is not sure if the judge will take into account the recent drive-by visit that probation officers made to see if her home was suitable for her son to be released to. If he does get out, she just wants to hug him and smell his skin, she said, adding, “I know that’s crazy, but I’m a mom.”

“But whenever I go to the courthouse, everybody there looks like me and everybody’s son looks like my son,” she said. “So no, I can’t say that I am hopeful.”