‘They Should Have Been Watching’: Suicides Rise in Texas Prisons During Pandemic

Prison suicides have been rising for years. Experts fear the pandemic has made it worse. 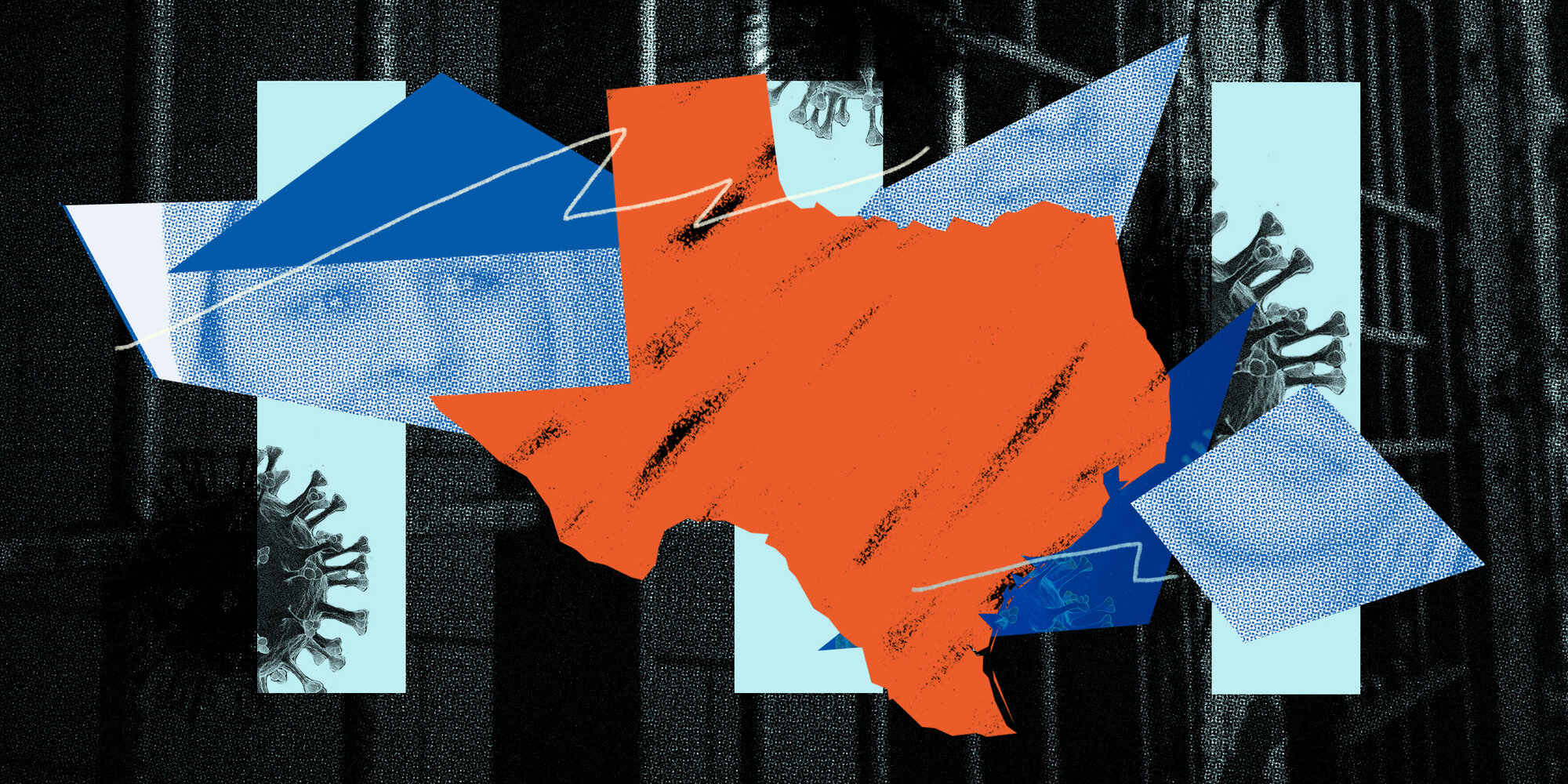 Mahogany Praylor said goodbye to her youngest brother in April, expecting to see him soon: He was going to prison, but only for a few months.

Kevin Praylor, 43, had long struggled with mental illness, and he’d gotten in trouble because he didn’t tell his parole officer he had moved in with his sister, where he felt safest during his bouts of paranoia.

But in mid-July, Kevin Praylor’s family got a call from the unit chaplain, informing them he had killed himself.

“He always said he was scared to die,” Mahogany Praylor said. “I never worried about him hurting himself.”

Her brother’s death was one of five suicides in Texas prisons in less than one week. It’s an unusual cluster of fatal self-harm behind bars, just the second time since 2005 that so many Texas prisoners have taken their lives in six days, according to data analyzed by the Texas Justice Initiative, a nonprofit that publishes data on the Texas criminal justice system.

Nationwide, prison suicides have been increasing for years, and some experts worry worsening conditions and staff shortages brought on by the pandemic may accelerate that rise. Delays in data reporting, though, make it difficult to tell: The most recent national figures from the Bureau of Justice Statistics showed an 85% increase in state and federal prison suicides from 2001 to 2018, but 2020 data won’t come out until next year.

“We need to find out how prisons are allowing these to happen,” said Leah Wang, a research analyst with the Prison Policy Initiative, a research and advocacy nonprofit group. “Without recent and reliable data, we can't do much meaningful enforcement or policymaking.”

When I asked the nation’s 10 biggest prison systems about their recent suicide figures, half did not respond or could not provide current data. New York and Pennsylvania reported decreases in 2020. In Michigan, the number of self-inflicted deaths more than doubled to 10 last year, compared to four in 2019. In federal prisons, the suicide rate rose slightly, even though there were three fewer suicides. In Texas, there were 50 prison suicides in 2020, the highest number in at least 20 years, even though the prison population fell by 20,000. By late July, 2021 was on track to exceed that.

Representatives for the Michigan Department of Corrections and the Federal Bureau of Prisons both stressed that employees do everything they can to prevent suicides; they did not comment on possible reasons for the increase in self-inflicted deaths. Texas prison spokesman Jeremy Desel said the agency has formed a task force to examine ways to better prevent suicides behind bars. “What leads to suicide is an extremely difficult thing to pinpoint, and impossible to point to a single or even group of factors which may lead an inmate to suicide,” he added. “We continue to focus our mental health care efforts on suicide and suicide prevention systemwide.”

Experts say there are two questions to consider when looking at an increase in suicides behind bars: Are more prisoners attempting suicide? Or are more of those attempts resulting in death?

The first question is tough to unravel: There’s no definitive nationwide data on suicide attempts in prison. Of the two largest prison systems, one — the Bureau of Prisons — refused to release those numbers, and the other — Texas — has not tracked suicide attempts consistently.

Michele Deitch, a senior lecturer at the University of Texas at Austin who studies deaths in custody, said worsening conditions during the pandemic, including isolation and fear of the virus, made prisoners more vulnerable to suicidal thoughts.

“For the rest of the world, the pandemic has been stressful, and I think people in custody have had that but on steroids,” she said. “Every issue that we’ve been experiencing has been magnified for them.”

Prisons across the country cut off classes and visits for several months during the pandemic, instead locking prisoners into dorms and cells to prevent the spread of disease. The use of solitary confinement increased by 500% while the virus ran rampant behind bars, killing nearly 3,000 staff members and prisoners nationwide. As their friends died and fell sick, prisoners contended with sewage leaks, riots and unidentifiable food served in meager rations.

When I was arrested on a drug charge in 2010, I went to jail in upstate New York, where the conditions were far better than in many of the prisons I cover now. Even so, many of the people around me were desperate: For some of us, these were the darkest moments in our lives. A few months into my jail stay, on Easter in 2011, the woman in the cell next to me tried to kill herself.

She survived because a guard walked by and stopped her.

In many places, that intervention would be less likely to happen today. Lockups are struggling with staffing shortages exacerbated by the pandemic, which makes it difficult to supervise prisoners. Several Texas prisons are less than 50% staffed, Michigan is several hundred guards short, and the federal prison system has so many vacancies that cooks and teachers are working as guards.

“In such an understaffed environment, it’s very easy for someone to attempt suicide and not be discovered in time to save their lives,” Deitch said.

In some Southern states, the problems are compounded by the challenge of surviving without air conditioning in summer temperatures that regularly surpass 100 degrees. This is especially challenging for people on mental health medications that make them more sensitive to the heat.

“Summertime and holiday time is a good indicator of that kind of [suicidal] behavior,” said Cheri Siegelin, a former Texas corrections officer who is now a union official. “It’s because of the heat — agitation goes up, their patience level is down.”

As I was writing this column, a woman named Jeri Grothues reached out to me: Her son had attempted suicide in the Robertson Unit in Abilene, Texas, and was on a ventilator. Before I finished reporting, he died. 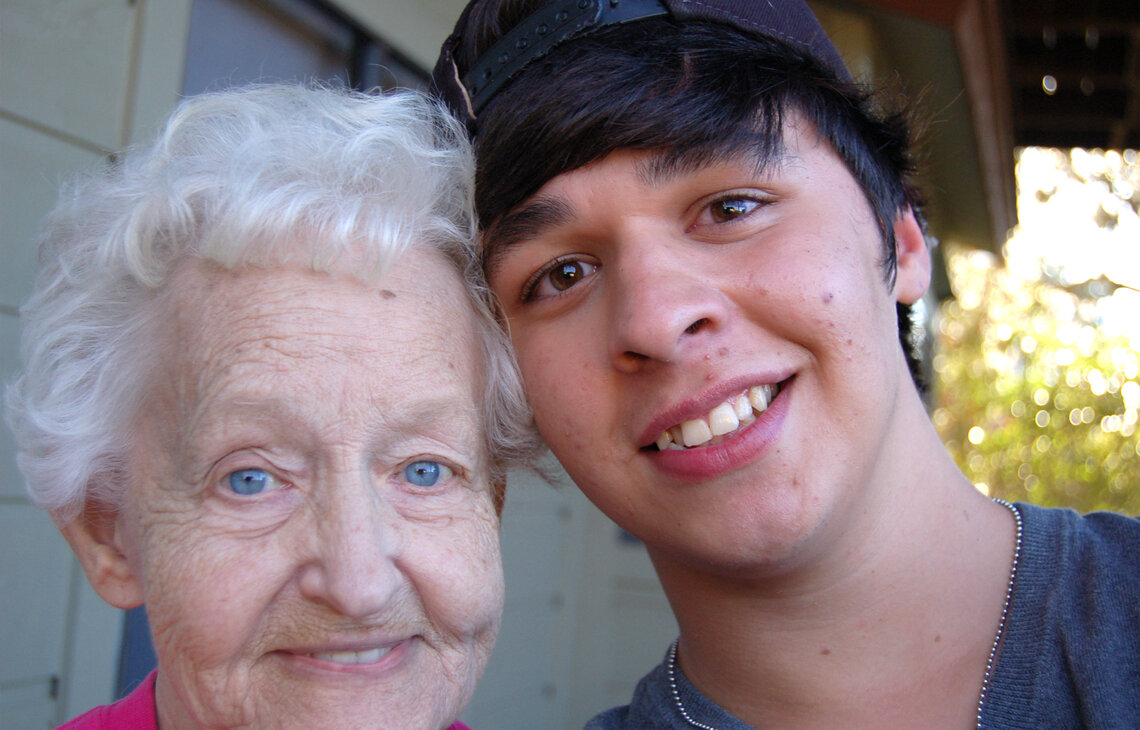 Alex Grothues, right, when he was 18, with his grandmother, Peggy Goodman.

Months earlier, Alex Grothues, 24, wrote home about how he had tried to kill himself, and complained of heat blisters, inedible food and nights spent sleeping on the floor because there were no more mattresses.

His mother thinks those conditions “absolutely” contributed to his death. “To bake them or freeze them or starve them is inhumane,” she said.

To Mahogany Praylor, it’s not clear what led her brother to kill himself.

They both grew up in southeast Texas, raised by a single mother who insisted on regular church attendance and Bible study. Kevin Praylor, who was usually soft-spoken, got into drugs and dropped out of school. Soon, he began cycling in and out of prisons and hospitals as he struggled with mental health issues.

“He wasn’t a bad person; he was just mentally unstable,” Mahogany Praylor said. “But they should have been watching him more.”

If you or someone you know is having thoughts of suicide, call the National Suicide Prevention Lifeline at 800-273-8255, text HOME to 741741 or visit SpeakingOfSuicide.com/resources for additional resources.