An investigation by The Marshall Project, NBC News and ProPublica found that youth in a Louisiana lockup were held in isolation around the clock for weeks. 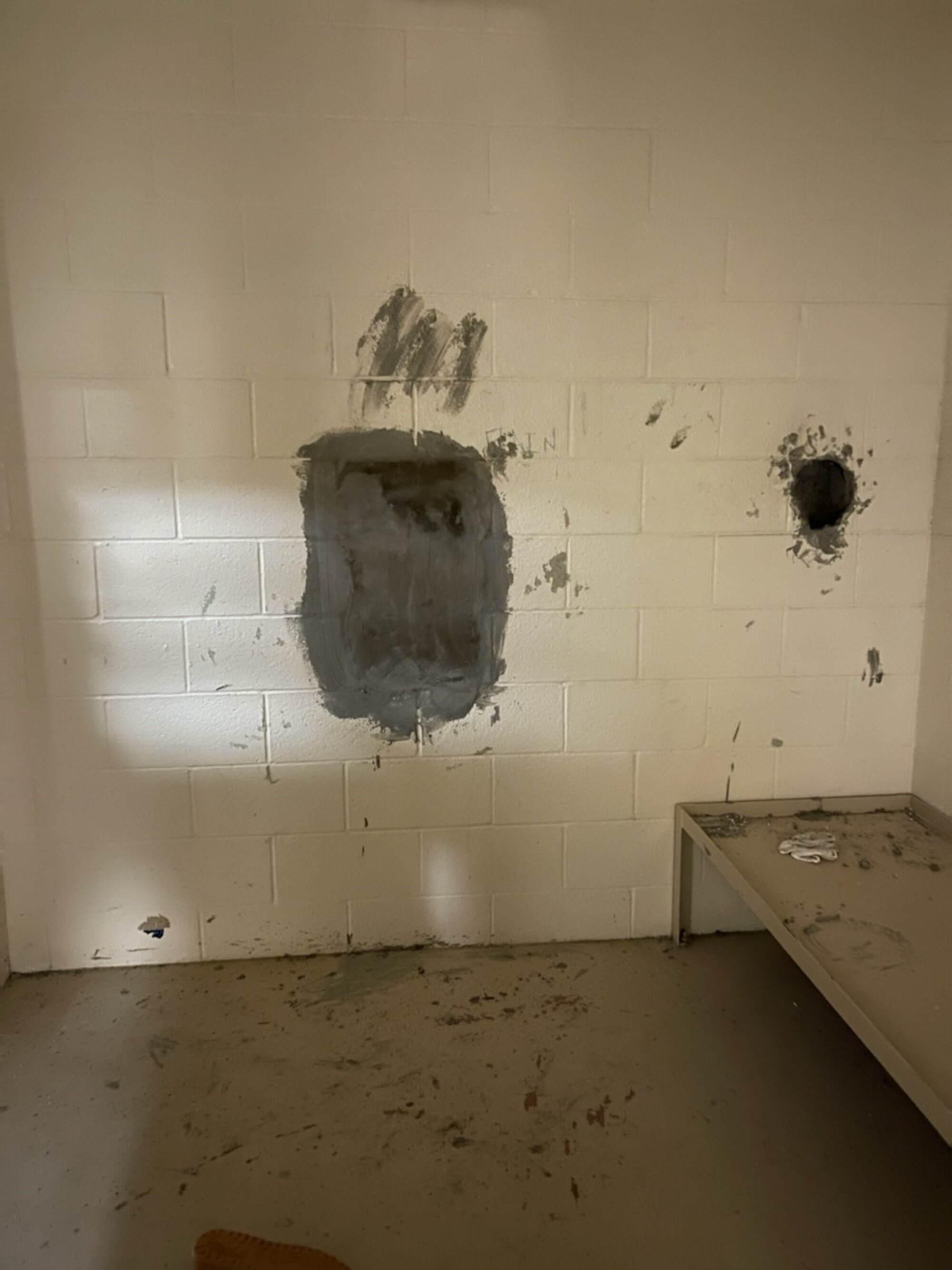 A bill that would place strict limits on the use of solitary confinement for youth in Louisiana unexpectedly advanced out of a legislative committee on Wednesday after legislators heard testimony from people who had been held in isolation as children.

Testimony during the hearing also included descriptions of conditions in a facility that was the subject of a recent investigation by The Marshall Project, NBC News and ProPublica. Teens at the Acadiana Center for Youth at St. Martinville were locked behind solid steel doors around-the-clock for weeks at a time, alone and frequently in the dark, and were handcuffed and shackled when they were allowed out to shower or make phone calls. Conditions were so punitive that one expert described them as child abuse.

“The bottom line is that this is a terrible way to rehabilitate children,” testified Rachel Gassert, policy director at the Louisiana Center for Children’s Rights. She cited the findings of the investigation as “a great illustration of why this bill is necessary.”

This article was published in partnership with ProPublica and NBC News.

The state’s Office of Juvenile Justice said that the facility was meant to provide additional support and security to its most troubled teens, but internal documents showed the harsh measures instead led to violence, property destruction and escapes.

After months of defending the treatment of teenagers at St. Martinville, the head of the juvenile justice office, Bill Sommers, publicly acknowledged to lawmakers for the first time that he was not satisfied with how the facility was being run. He also expressed support for the proposed legislation to limit the use of isolation in his facilities.

“The longer an individual is in solitary, the more they’re likely to act out,” he said. “I do believe in that correlation.”

In Louisiana, current state policy allows a maximum of 12 hours of isolation in most cases, and seven days for “highly disruptive” behavior. Those policies are nonbinding and don’t have the force of law, and even those limits stop short of what experts recommend. Most experts suggest that isolation should be used only until a young person calms down and is not a physical threat to themselves or others.

The new bill, which was introduced last month by State Rep. Royce Duplessis, a New Orleans Democrat, would make it illegal for the agency to use solitary confinement for young people for more than eight hours at a time. The bill would also require the state’s juvenile justice agency to better track the use of isolation in its facilities and to notify parents when their children are placed in solitary.

Both the American Medical Association and the American Psychological Association have decried solitary confinement as a harmful, punitive practice, leading to depression and even psychosis. Research has found that more than half the kids in juvenile facilities who die by suicide are, or recently were, in isolation. Citing the harm the practice can cause, the federal government has banned the use of solitary confinement at its juvenile facilities, and at least 24 states have placed strict limits on its use.

“It turned me into an antisocial person,” said Therrin Dew, 21, who said he did numerous stints in solitary confinement — one as long as six months — during the 5 1/2 years he spent in facilities including Louisiana’s Swanson Center for Youth. “I was energetic and a free spirit once, but being in a cell that long, it kind of turned you against people.”

The conditions were unsanitary, he said, noting that he was once isolated in a cell that had someone else’s feces smeared on the wall.

“If you’re in solitary confinement, you can’t learn nothing but the way the bricks look around you.”

Some lawmakers came into the hearing skeptical about the bill, Duplessis said. “There’s a big push in the Legislature right now to make it safer,” he said in an interview Thursday, referring to violence in the facilities. “By making it safer, in some people’s eyes, that means increasing punishment.”

State Rep. Debbie Villio, a Republican and former prosecutor from the New Orleans suburbs, raised concerns early in the hearing about a binding eight-hour limit, saying that young people’s behavior should be handled on a case-by-case basis. But later in the hearing, after testimony from Dew and others, she announced her support for advancing the bill.

“I can’t ignore what we’ve heard,” she said. “It sounds to me like there’s some serious issues that need to be addressed immediately.”

Among those issues is a debilitating staff shortage. Sommers testified that about a third of his agency’s positions are currently unfilled.

The bill ultimately won unanimous support from the House’s criminal justice committee and will now go to the full House.

Last year, legislators ordered an audit of the use of solitary confinement at youth lockups, after two teens died by suicide in isolation in the same week in 2019. That audit, released this week, found that the Office of Juvenile Justice routinely ignored its own policies on isolation, with 40% of confinements in 2019 and 2020 exceeding the maximum duration allowed at the time. The average duration of confinement was about six days, more than 14 times the national average as of October 2020. In one instance, a child was held in solitary confinement for three months straight.

“It’s unforgivable,” said Gina Womack, executive director of Families and Friends of Louisiana’s Incarcerated Children, which advocates for youth in detention. “A lot of our young people already have some mental health issues, and solitary just really exacerbates that.”

The audit also showed that Black youth were disproportionately held in isolation in state facilities, accounting for 94% of placements in solitary confinement, greater than the 82% of the children in state-run lockups who were Black.

St. Martinville was not included in the legislative auditor’s report because it opened in 2021. But the investigation from The Marshall Project, NBC News and ProPublica found that the conditions there were even more extreme than what the auditor found at other secure care facilities across the state. Youth in the facility were in solitary for weeks on end and weren’t provided education or other legally required services, such as substance abuse counseling.

Witnesses at the hearing told the committee that any time in solitary can be life-altering.

“I lost part of who I was as a human being,” Ronald Marshall, who was held in isolation for seven months as a young person in Louisiana decades ago, told the committee. “My need to feel safe. My need to feel loved. My need to feel in control of my life. It destroyed all of that.”