Battles Brew Over the Power to Choose Who to Prosecute

The long-standing principle of prosecutorial discretion is under fire — another symptom of our nation’s fractured politics. 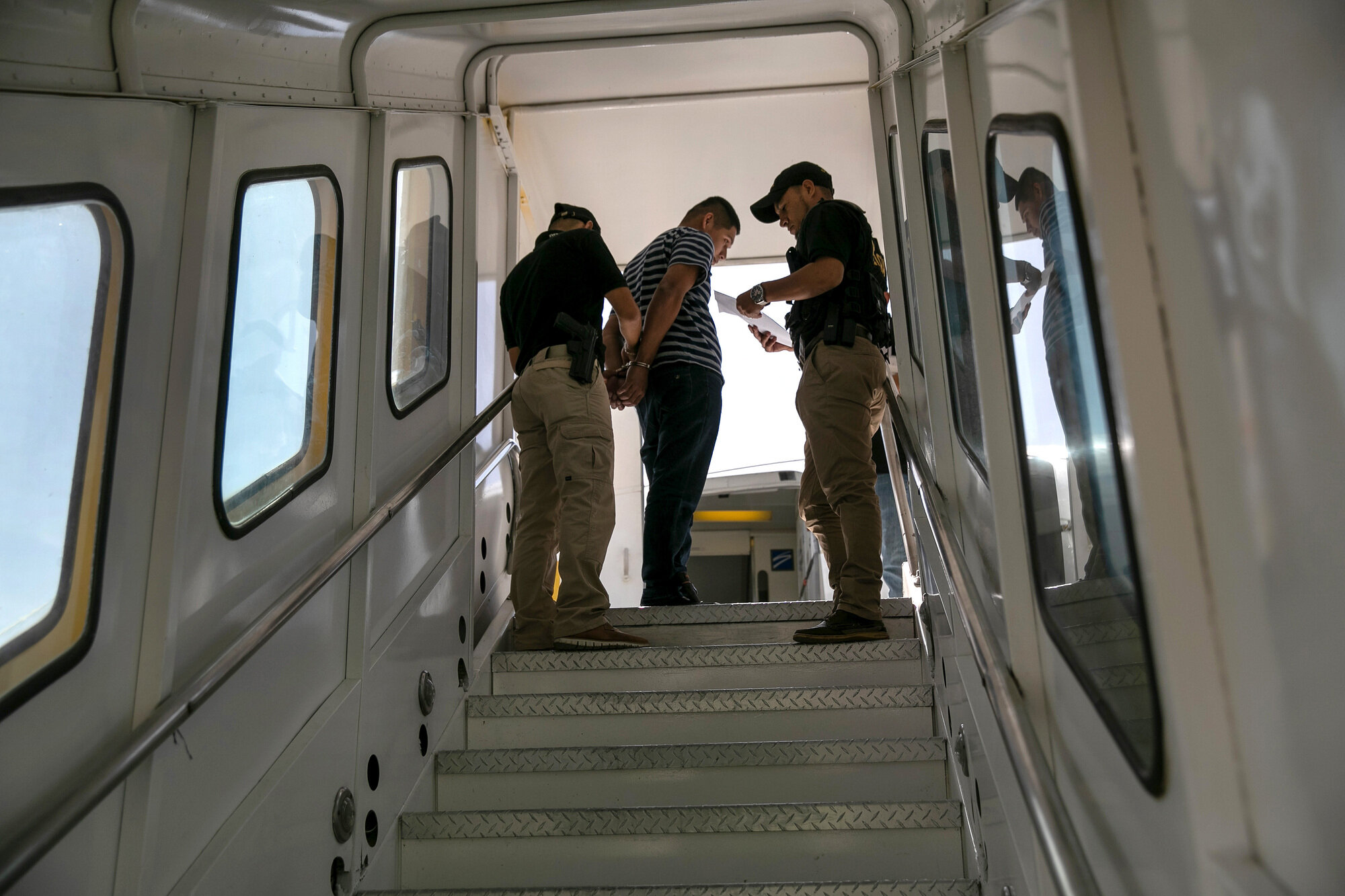 Guatemalan police escort a man who arrived on a U.S. Immigration and Customs Enforcement deportation flight from Brownsville, Texas to Guatemala City in 2019. John Moore/Getty Images
By Jamiles Lartey

Odds are you’ve broken the law this week. Maybe you’ve texted while driving, jaywalked or downloaded pirated software. Maybe you’ve used marijuana, which is now legal at the state level for nearly half of all Americans, but still technically illegal under federal law.

That you (most likely) weren’t arrested for these actions is in part because of the concept of discretion. Because law enforcement can’t pursue every possible violation, police and prosecutors have to decide what is and is not an enforcement priority.

His remarks came during oral argument in U.S. v Texas on Tuesday. The case revolves around guidance the Biden Administration set in 2021, instructing Immigration and Customs Enforcement (ICE) agents to prioritize for deportation undocumented immigrants who pose a threat to public safety and national security.

The government’s reasoning is primarily logistical: In a 2014 memo, the Department of Justice noted that it only could deport about 400,000 people a year — a fraction of the more than 11 million estimated undocumented people in the country. The administration has also made more humanitarian arguments for exercising discretion, noting that “the majority of undocumented noncitizens who could be subject to removal have been contributing members of our communities for years.”

Republican officials in Texas and Louisiana challenged this policy, arguing that the feds don't have “the authority to prioritize some unauthorized immigrants for deportation while downplaying others.” In June, a Trump-appointed federal judge agreed and struck down the guidance, setting the stage for the case to reach the Supreme Court this week.

Historically the court has been protective of discretion in the immigration realm, writes Ian Millhiser for Vox, who also predicts that the justices are likely to side with the Biden administration, based on some of the questions they asked during arguments.

Shoba Sivaprasad Wadhia, a law professor at Penn State, told me this week that the Biden administration’s approach was not particularly remarkable, and that previous administrations over many decades have issued prosecutorial discretion guidelines. “What is striking is that it’s being challenged at this level,” she said.

It’s part of a fairly recent trend in immigration and criminal law. Andrew Warren, the suspended state attorney in Florida’s Hillsborough County, which includes Tampa, was in court this week fighting to get his job back. Republican Gov. Ron DeSantis suspended Warren, a Democrat, this summer after Warren signed a letter pledging to “refrain from prosecuting those who seek, provide or support abortions.” Like the Biden Administration’s argument on immigration priorities, the letter noted “limited criminal legal system resources” and “discretion” in its rationale. Warren sued DeSantis, and a decision is expected in the next two weeks.

Warren is at the leading edge of a string of attacks from conservatives aimed at removing or defanging reform-minded prosecutors, a topic we covered in an August edition of this newsletter. Another main character is Philadelphia DA Larry Krasner, who was formally impeached by the Pennsylvania Senate on Wednesday, and will be put on trial for his policy decisions in the office, which state Republicans have blamed for crime in the city. Krasner refutes that in this wide-ranging interview with the Intercept’s Akela Lacy (it’s also available as a podcast).

But discretion cuts both ways. While the concept has been central to the progressive prosecutor movement, historically it has lent officials the option to be brutal and racially biased in decision-making. In 2007, American University law Professor Angela J. Davis cataloged many of the ways this can happen in her book “Arbitrary Justice.” A grim but straightforward example is the discretion prosecutors have to seek the death penalty — an arena where there are longstanding, deep racial disparities.

Conservative office holders have also invoked discretion in recent weeks. In Oregon, where voters recently approved a ballot measure to tighten the state’s gun laws, a number of sheriffs have emphatically declared that they will not enforce the restrictions, with several citing “limited resources” or a desire to “prioritize our services toward the areas of greatest need.”

Want to know more about a topic we’ve covered in Closing Argument? Writer Jamiles Lartey will answer your questions in a special end-of-year issue. You can ask us directly using this form.