A tough, new report says it’s time for federal prisons to release the elderly and infirm.

After we posted this piece Wednesday afternoon, a Justice Department spokesman sent us a statement which included the following information updated from the Inspector General's report:

"Since August 2013 when former Attorney General Holder announced the Department’s expanded compassionate release program, 138 inmates have benefitted from this program – a marked increase from 2012 and 2011, when only 39 and 29 inmates were approved to be released under this authority, respectively.

The Justice Department on Tuesday bluntly issued yet another public call to the Bureau of Prisons to quicken the pace of its efforts to release more elderly and infirm inmates from federal custody.

In an extensive report that criticized federal prison officials, the DOJ’s Inspector General confirmed several stark positions it has staked out consistently in the past few years: that the costs of holding elderly inmates is extraordinarily high and getting higher, that prison officials often don’t or can’t do an adequate job of caring for those inmates, and that new policies designed to expedite the release of inmates at low risk of recidivism have markedly failed to do so. 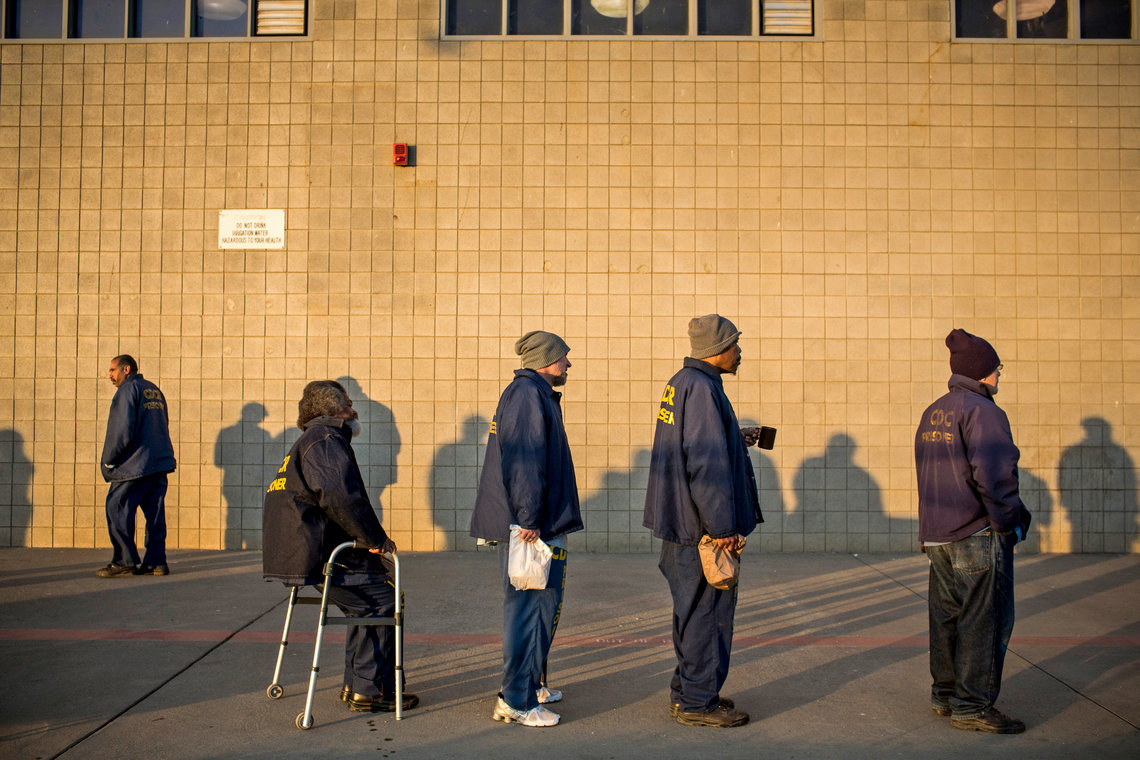 The result is a federal prison system that in an increasing number of ways resembles a poorly run nursing home, where ailing inmates are not given the medical care or treatment the law requires them to receive. What the latest report recommends is simple — and perhaps the most politically plausible solution — to fix the problem. In an era where Congress is unlikely to earmark more money to increase services for the elderly in federal prison, the Justice Department is pressing prison officials to reduce the need for that funding by reducing the number of ailing inmates in custody. From the inspector general’s news release announcing the report:

The Office of the Inspector General (OIG) found that the aging inmate population has had an adverse impact on the BOP’s ability to provide a safe, cost-efficient, and appropriately secure environment for inmates age 50 and older, and to assist them when they reenter the community. Additionally, although the BOP revised its compassionate release policy over a year ago to expand consideration for inmates 65 and older, we found that only two such inmates have been released under the revised provisions.

According to BOP data, from fiscal year (FY) 2009 to FY 2013 inmates age 50 and older (aging inmates) in BOP-managed institutions were the fastest growing segment of the BOP population, increasing by 25 percent, from 24,857 to 30,962. During the same period, the population of inmates 49 and younger (younger inmates) decreased approximately 1 percent, including an even larger decrease of 29 percent in inmates aged 29 and younger.

The statistics have been updated but the problem they identify is not new. Nor is the Justice Department’s recognition of the problem or its recommendations on how to solve it. The inspector general, Michael Horowitz, has been urging bureau officials for years to do more to release aged prisoners. And for years, federal prison officials have been agreeing with the recommendations (as they do on Page 61 of the new report) and then not moving quickly enough implementing them. What kind of inmates are we talking about? Here’s one example cited in the report:

One aging inmate told us that he has had two heart attacks, two strokes, open-heart surgery, cancer, and has diabetes. He told us that it must cost the BOP “a fortune” to keep him incarcerated.

Here is another example:

Aging inmates also told us they are receiving more medical services. For example, a different aging inmate from the one referenced above told us he gets two shots per day, requires dialysis, and has a number of ailments including congestive heart failure, diabetes, sleep apnea, cataracts, and Hepatitis C.

Not only does it cost a fortune to keep these federal prisoners incarcerated, the inspector general argues, but there also is virtually no likelihood, given their medical conditions, that they will commit more crime if they were released. And yet they remain in custody, costing taxpayers not only the costs of their medical care and treatment, but also the cost of guarding them. Two years ago, another Justice Department report blasted the bureaus “compassionate release” program and suggested improvements. We now know, based on the fact that only two prisoners have been released under the revised “release” policy, that federal prison officials have been unable or unwilling to quickly implement those reforms.

The failure to release elderly prisoners in a timely way is not the only failure identified in the new report. It also concludes that prison officials, and especially prison medical staffs, are simply overwhelmed by the crush of work created by the growing number of ailing, older inmates — a crush that often results in poor care and treatment given to prisoners (or in some cases, no care or treatment). The report also concludes that the physical layout of many prisons constitutes a barrier for older inmates, who have a hard time waiting in their pill line, or climbing into top bunks, or maneuvering over rough terrain in prison hallways or yards. Here is a telling passage from the report:

All inmates are expected to perform activities of daily living, including dressing, cleaning their cells, and moving around within the institution. However, staff told us that aging inmates often cannot perform these activities on their own because of their medical conditions and staff is not responsible for ensuring inmates can accomplish these activities.

Here is another that provides a grim view of what life is like for these older inmates:

Due to housing limitations, inmates using wheelchairs and walkers are often housed together, creating cells with very limited space. In one case, a Social Worker observed a cell that housed two wheelchair inmates together where the wheelchairs had to be placed outside the room because the cell could not accommodate both wheelchairs.

We were also told that when multiple inmates with physical disabilities are housed in the same unit their wait time for the limited number of accessible showers and bathrooms increases. An aging inmate told us that his unit houses approximately 160 inmates, with only one handicapped-accessible toilet. A second inmate in the same unit confirmed that, as a result, he often sees wheelchair-bound inmates waiting in line for that toilet because the rest of the toilet stalls are too narrow to accommodate wheelchairs.

What happens when these prisoners are sent home from federal prison under “compassionate release” standards? If they are terminally ill, they either are sent to a hospital, to a care facility, or in some cases simply home to die. There are no special halfway houses for elderly inmates, Mary Price, of Families Against Mandatory Minimums told me on Wednesday, and in some instances the medical care or treatment necessary is beyond the scope of the house’s staff. Sometimes, Price says, an elderly ex-inmate will do some combination of a halfway house, home confinement, and hospital.

So what happens now? The inspector general says that the bureau of prisons has satisfactorily addressed many of the concerns expressed in the report, and DOJ officials have given bureau officials until July 31, 2015 — another 14 months — to improve the conditions described in the report. But the true test will be in counting how many ailing, non-violent, elderly prisoners are released from custody under the bureau’s “compassionate release” program. If that number again is two or anything remotely close to it, we’ll know the inspector general again has failed to push the bureau to do what President Obama and his former attorney general, Eric Holder, committed to being done, which is to reduce the number of federal prisoners and the cost they inflict on taxpayers.

This article has 1 letter to the editor. Read the letter.
Tags: →Department of Justice →Elderly in Prison →Prison Life →Release from Prison →Bureau of Prisons →Elderly →Health Care