Trump’s Pardons Show The Process Has Always Been Broken

Donald Trump’s volatile approach to granting clemency epitomizes a system that many have long hoped to change. 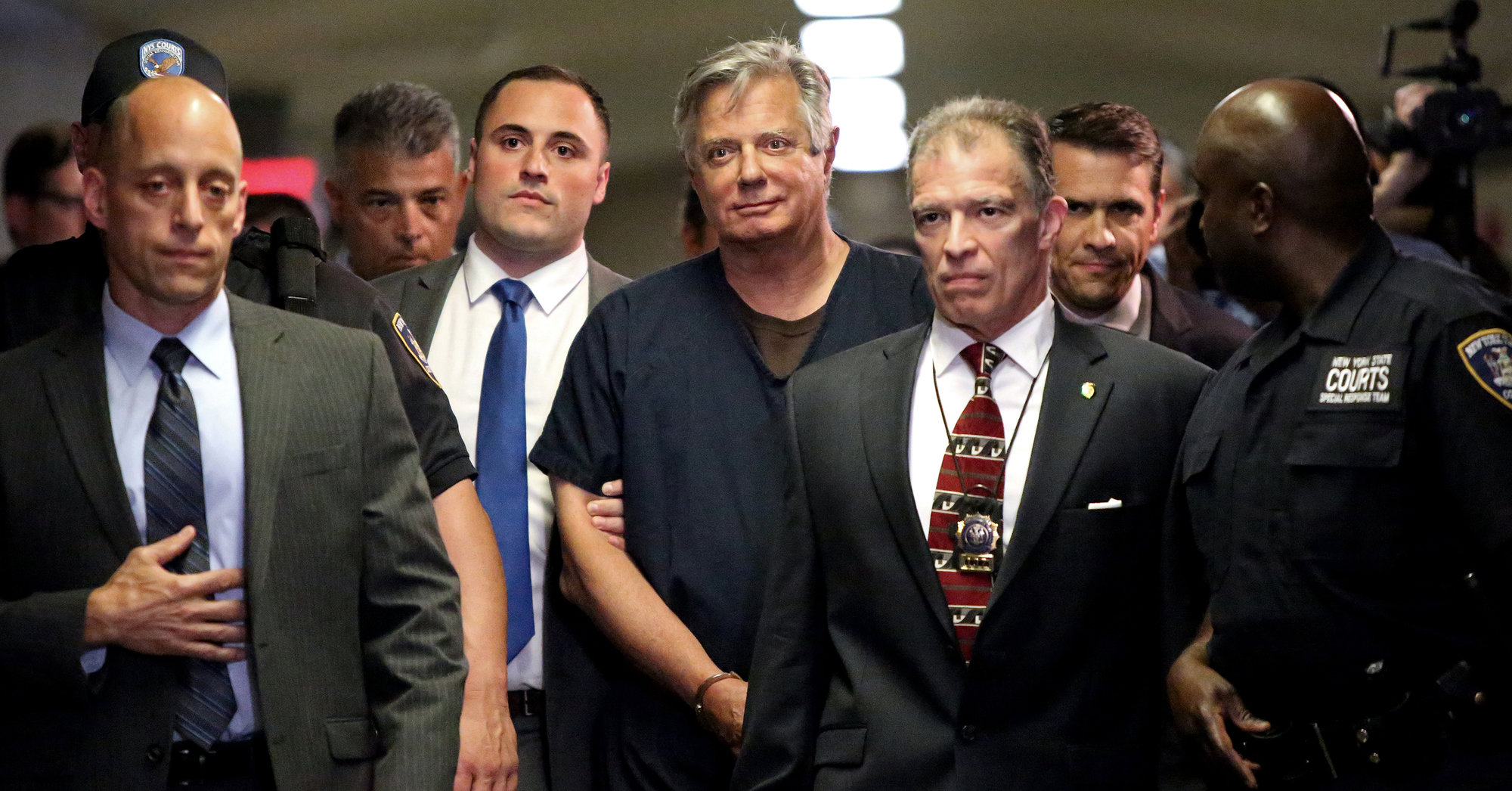 In the final hours of his presidency, Donald Trump is expected to offer clemency to roughly 100 people convicted of federal crimes. While the list reportedly includes some high-profile pardons and commutations that are sure to draw scrutiny—including rapper Lil Wayne and former New York State assemblyman Sheldon Silver—many others are little-known federal prisoners serving life sentences for drug crimes. Some have been seeking a reprieve for years.

Trump’s haphazard use of his executive pardon power over the course of his presidency has caught the attention of some prisoner advocates and legal scholars who see the outgoing president’s actions as a surprising opportunity to re-envision the clemency process altogether.

“As President Trump’s irregular and self-serving pardons roll out,” wrote former U.S. Pardon Attorney Margaret Love in a recent essay entitled Why Trump’s Pardons Might Be a Blessing In Disguise, “we should instead be asking more basic questions about what if any role the pardon power should play in the ordinary operation of the federal justice system.”

Trump has been widely criticized for using this power to pardon his political allies and those in his inner circle, including Michael Flynn, Paul Manafort, Roger Stone and former Maricopa County Sheriff Joe Arpaio. At the same time, he has also been praised for commuting the sentences of some prisoners serving long sentences for nonviolent drug offenses, like Alice Marie Johnson, a 63-year old grandmother who had been sentenced to life behind bars in 1996. Her story caught the attention of reality-TV star Kim Kardashian, who successfully petitioned Trump for Johnson’s release. All told, by the start of 2021, Trump had pardoned or commuted the sentences of 44 people convicted of federal crimes—far fewer than any other president in history.

Trump isn’t the only president to pardon friends and allies during the last days in office. Former President Bill Clinton was criticized for including wealthy fugitive Marc Rich in his final batch of reprieves. Rich’s wife had donated generously to Democrats and to Clinton’s presidential library.

Experts argue that such an erratic process should be fundamentally reimagined, either by taking it out of the president’s hands altogether or at least by moving it out of the Department of Justice. This could speed up the review process and remove the bureaucratic obstacles that have plagued the department for years.

Most importantly, they argue, clemency should be molded into a more powerful tool for redressing the harsh sentencing practices of the ’80s and ’90s, which disproportionately sent Black people and other people of color to prison for long stretches.

Here is a look at how the process works now, and what reshaping clemency could mean for the more than 151,000 people currently in federal prison.

Historically, clemency has included pardons or full forgiveness of crimes, commutations or the merciful reduction of sentences, and reprieves or the temporary stay of a sentence. The process has been known to favor presidential allies or famous people with resources and influence.

Only federal convictions, military court martial decisions and convictions in Washington, D.C., are eligible for presidential clemency under the constitution. To be considered, applicants must submit a notarized petition to the Office of the Pardon Attorney in the U.S. Department of Justice.

Petitions are then reviewed by the U.S. attorney general and federal prosecutors; the judge involved in the person’s original sentencing typically weighs in as well. Each is evaluated based on the applicant’s conduct since being convicted, the seriousness of their crime, whether they are remorseful about what they did (unless they believe they are innocent), and recommendations from people who know them.

In seeking a pardon, applicants aren’t arguing innocence or guilt. “A pardon is not a sign of vindication,” the Justice Department says.

Applying for a commutation, or the reduction of a current sentence, is a much more rigorous process. Grounds for being considered include the severity or relative disparity of the prisoner’s sentence, his or her health and age, any “meritorious service” to the government, such as having cooperated with police or prosecutors in other criminal cases, and evidence of rehabilitation.

How long does it take?

Too long, critics of the current system say, which is part of why they say the system must be overhauled. No time limit for reviewing petitions is given. There is no appeals process or explanation of denials. Petitions still under review by the time a president leaves office often go back into the pile, though they can still be considered by the incoming president.

As of early January, roughly 14,000 clemency petitions had been received during the Trump administration. In the same period, according to the Justice Department, 180 of them were denied while more than 7,800 were closed without action.

A controversial role for prosecutors?

During the Obama administration, prisoner advocates encouraged him to move the process outside the Justice Department by creating an independent council to review clemency applications and refer them directly to the president. The DOJ, they argued, has an implicit bias against many of the petitions: The cases involved were originally handled by the same federal prosecutors who were now being asked to show mercy or to admit to mistakes that may have led to an unfair sentence.

Prosecutors “evidently feared that pardons would undo their hard work,” wrote Love, the former U.S. Pardon Attorney. “In particular, they were unreceptive to suggestions that pardons could tell good news about their work by showcasing rehabilitation and redemption as goals of the criminal process.”

Some advocates believe that Trump’s circumvention of the Justice Department and selection of pardon candidates he personally prefers could actually help persuade incoming President Biden to form an impartial review panel—or persuade Congress to shift clemency powers to the federal courts. If there is a panel, it would likely be made up of criminal justice reform advocates, criminologists, the formerly incarcerated, and other justice system officials, instead of only prosecutors.

Proponents of changing the clemency process also say that the chances of receiving a commutation shouldn’t be as slim as winning the lottery. Nor should it require celebrity advocacy. Instead, they want clemency to be used more consistently as a tool to correct for the lengthy mandatory minimum sentences that Congress passed in the 1980s and 1990s.

These laws are difficult to get off the books. Even as Americans become increasingly tolerant of marijuana—now legal in some form in all 50 states—and other drugs, judges say the old sentencing guidelines leave them powerless to grant leniency to many drug offenders.

A 2017 report from the U.S. Sentencing Commission found that as of 2016, roughly 56 percent of federal prisoners were convicted of an offense carrying a mandatory minimum sentence. On average, these prisoners’ sentences are four times longer than those not subject to a mandatory minimum penalty. Buried Alive, an advocacy group, estimates that nearly 4,000 people are serving life in prison for nonviolent drug crimes.

And since 1987, federal prisoners have not been eligible for parole. This leaves clemency—ideally streamlined into a more systematic, independent process—as the only workaround for all of these people who deserve a second chance.

The buck stops at the top

In 2014, President Obama launched what was called the Clemency Initiative to offer commutations to nonviolent drug offenders who had received harsh sentences under outdated drug laws. A team of thousands of lawyers soon began reviewing and submitting clemency applications to the DOJ.

By 2017, the department had submitted more than 13,000 recommendations to the White House; Obama granted 1,700 reprieves. He was most interested in prisoners who he thought were in the best position to take advantage of their second chance.

Critics of the Obama-era initiative argued then, as they are again now, that the project should have been turned over to a bipartisan review board or the courts.

Whoever reviews petitions, the task of clearing people’s names or reducing their sentences is for the foreseeable future subject to the president’s own beliefs and priorities, as both Obama and Trump demonstrated in their separate ways. Some advocates for change hope that President-elect Biden will embrace changes because of his role in shaping the harsh 1994 crime bill.

Rachel Barkow, a legal scholar who has written extensively about the failures of federal clemency, said on Twitter that Biden needs to tackle clemency reform: “It's the most direct way to confront Biden's past. Some of the very people who need clemency in federal prison are there because of crime bills Biden supported.”

Justin George is the former Washington, D.C., correspondent for The Marshall Project. His reporting for the Baltimore Sun from inside the police investigation into Freddie Gray’s death was part of a body of work that was a finalist for a Pulitzer Prize.