The governor signed the state’s first law restricting isolation for youth after two suicides and an investigation by The Marshall Project, ProPublica and NBC News into harsh conditions in a new juvenile facility. 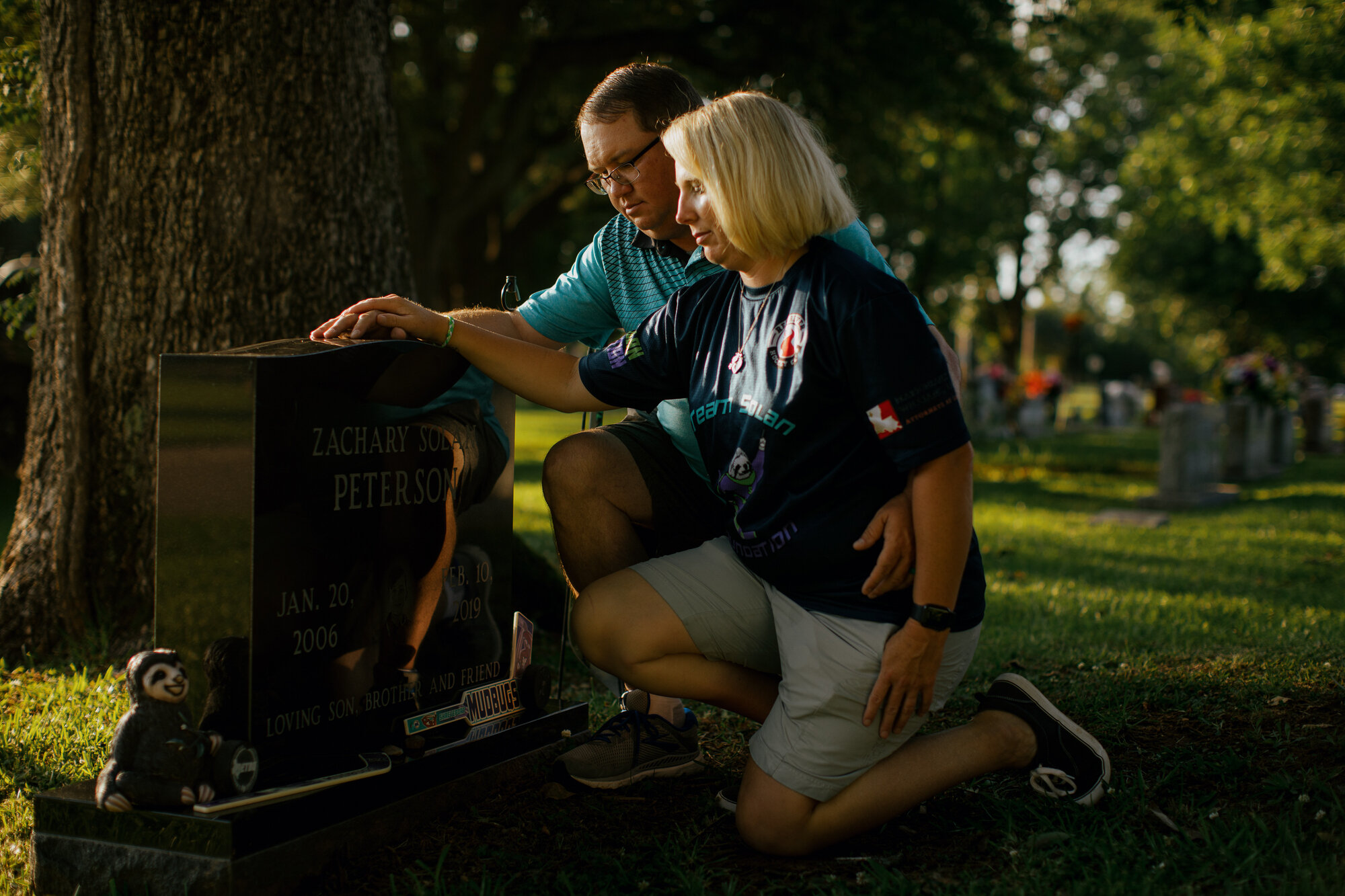 Ronnie and Bridget Peterson at the grave of their 13-year-old son, Solan Peterson, who died by suicide while in solitary confinement in Louisiana’s Ware Youth Center, a juvenile detention facility, in 2019. Bryan Tarnowksi for ProPublica/NBC News/The Marshall Project
By Beth Schwartzapfel, Erin Einhorn, and Annie Waldman

Lawmakers in Louisiana passed new restrictions on the use of solitary confinement in juvenile facilities following an investigation by The Marshall Project, ProPublica and NBC News into harsh conditions in a youth lockup.

The law, which will go into effect Aug. 1, marks the first time that lawmakers in a state known as the world’s incarceration capital have put limits on solitary confinement for youth, advocates say.

The news organizations’ investigation found that in one of the state’s facilities, the Acadiana Center for Youth at St. Martinville, boys as young as 14 were held in solitary confinement virtually around-the-clock for weeks. The boys were forced to sleep on the floor in the dark and were shackled when they left their cells to shower. In this facility, which opened last summer, the teens received no education for months, in violation of state and federal law.

This article was published in partnership with NBC News and ProPublica.

The conditions were so severe, one expert said, they amounted to “child abuse.”

Rep. Royce Duplessis, a New Orleans Democrat and the bill’s sponsor, said he didn’t think the legislation would have been successful without reporting from NBC News, The Marshall Project and ProPublica, which brought crucial attention to the conditions in juvenile facilities.

“It showed the public, it showed legislators that some things were happening that nobody should be proud of,” Duplessis said. “It showed we need to make some changes.”

“I’m not expecting this to be a panacea, but the law makes a clear statement about what’s expected of them, and that is something that hasn’t been there before,” said Rachel Gassert, policy director at the Louisiana Center for Children’s Rights. “And unlike agency policy, it cannot be changed behind closed doors by political appointees.”

The new law places strict constraints on how the state juvenile justice agency can use solitary confinement, limiting young people to no more than eight hours in isolation unless they continue to pose a physical threat to themselves or others. The agency is also required — within the first hours of placing children in solitary confinement — to check on their mental health and to notify their parents or guardians. The law additionally compels the agency to better track and report the use of isolation in its facilities.

When Duplessis introduced the solitary confinement bill in March, he wasn’t confident it would win enough support to pass.

“This is Louisiana,” he said. “We have a history, a long history, of being punitive, and our history with respect to juvenile justice has not been a good one.”

When the bill came before a House committee in April, several Republican lawmakers initially expressed skepticism, raising concerns that the bill would tie the hands of juvenile justice authorities who have been dealing with escapes and violence at their facilities.

But after a hearing in which young people shared stories about the trauma they experienced in solitary confinement, the committee unanimously voted to advance the bill. It later passed both legislative houses by large margins after Bill Sommers, who leads the state’s juvenile justice agency, threw his support behind the measure.

The House hearing took place just days after a legislative auditor released a report that found the state’s juvenile justice agency often violated its own rules on isolation, which allowed the state to hold youth in solitary confinement for up to seven days. In 2019 and 2020, about 40% of solitary confinements exceeded the maximum duration allowed under agency policies. The audit found that, on average, confinements lasted about six days — more than 14 times as long as the national average, as of October 2020.

The bill initially would have limited time in solitary to no more than four hours. But after legislative negotiations, it was amended to allow isolation for up to eight hours at a time and up to three stints in a row, for a maximum of 24 hours. During that time, a mental health professional must try to help the person in solitary calm down at least every hour, and staff must check on them every 10 minutes. The law also requires that the state provide young people in solitary confinement with reading materials, access to sunlight and an opportunity to contact their parents or guardians and their attorneys.

The law does not apply to facilities that house youth who’ve only been accused of crimes, but not convicted. Those places — mostly run by local jurisdictions — are regulated by the state’s child welfare agency, which already has policies limiting solitary confinement.

The law covers youth prisons run by the state’s Office of Juvenile Justice, which isn’t subject to oversight by other agencies. But youth and their families will now be able to take the agency to court if it violates the law. “We finally have tools with which to hold them accountable, when previously we had none,” Duplessis said.

Medical experts and youth advocates have long decried the use of solitary confinement, saying it can lead to depression and, in some cases, psychosis. The practice is considered particularly harmful for youth, whose brains are still developing. The American Medical Association, the American Psychological Association and the United Nations have all condemned the practice. In 2016, the federal government banned solitary confinement for youth at its facilities, citing the harm that isolation can cause. More than half of suicides in juvenile lockups involve children who are, or recently were, in isolation, research has found. 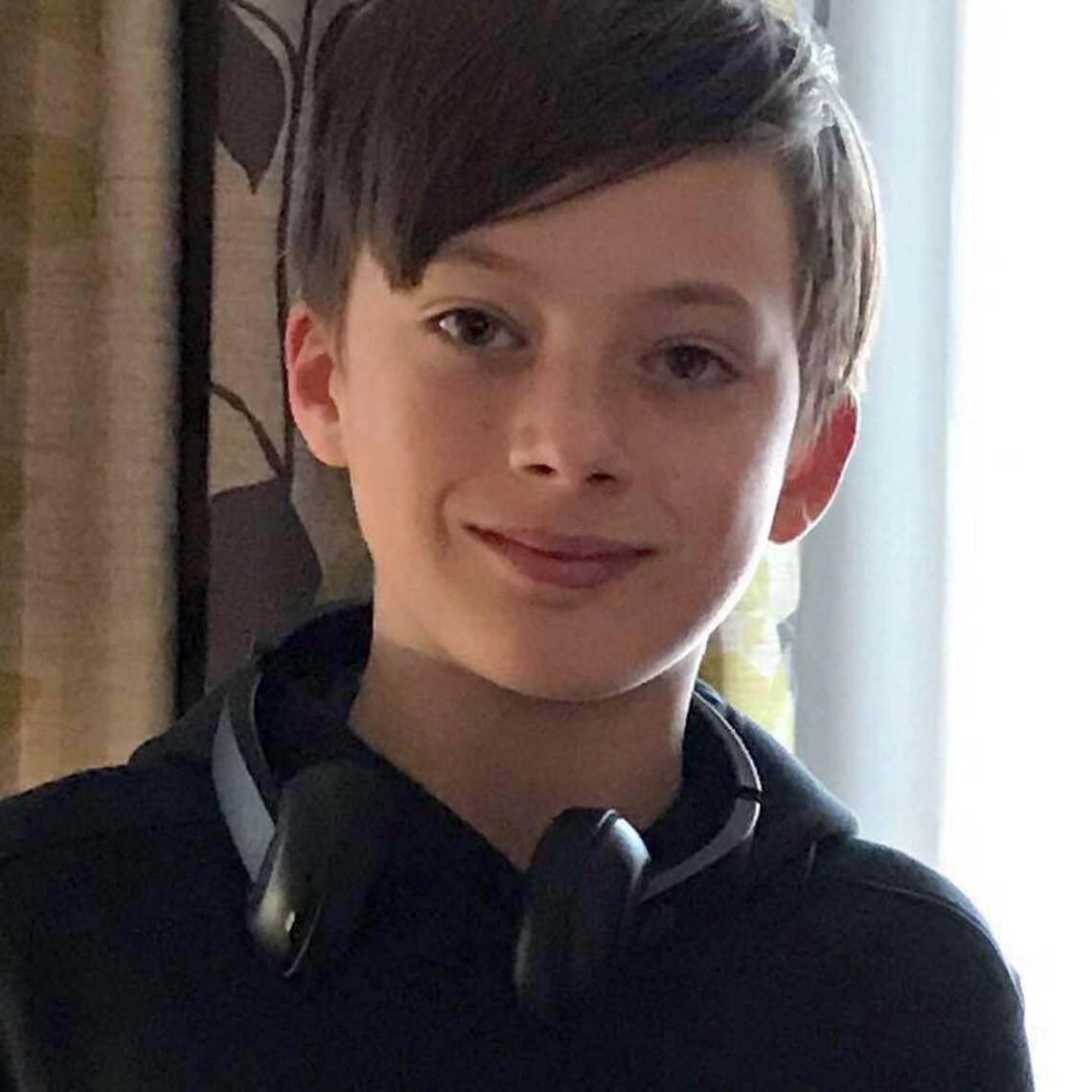 Solan Peterson died by suicide while in solitary confinement at a Louisiana juvenile detention facility.

Courtesy of the Peterson family

One of the boys whose deaths prompted the recent debate about solitary confinement for children in Louisiana was Solan Peterson, 13. He was placed in solitary after his arrest in 2019 for allegedly setting toilet paper on fire in the bathroom at his middle school. Solan was in a private detention facility that holds minors accused of crimes. That facility would not be affected by the new law, but Solan’s father, Ronnie Peterson, applauded its passage as a positive development, though he said he would like to see solitary confinement abolished altogether. “It is encouraging. I think it’s a good step. I just don’t think it’s enough,” he said.

Lawmakers held hearings last year on the use of solitary confinement in juvenile facilities, ultimately ordering the auditor’s report. Despite that scrutiny, the state’s Office of Juvenile Justice last summer quietly opened St. Martinville. The new facility was set up to isolate teens in cells for weeks or months at a time.

Sommers initially defended the state’s actions at St. Martinville, describing the facility as “born of necessity,” in the wake of several high-profile, violent incidents at dormitory-style facilities as the agency struggled to find enough staff.

But during hearings for the new legislation, Sommers acknowledged the state needed to make changes to the way it handles solitary confinement.

“There is no doubt that we have a severe staffing shortage, but this is the right thing to do here,” he told lawmakers.

D’Angelo Davis, 21, testified in the House in April that during the four years he spent in state juvenile facilities, staff typically used solitary confinement unfairly. Isolation provided none of the therapeutic or educational benefits that juvenile lockups are meant to provide, he said.

In a recent interview, Davis praised the passage of the bill, adding that it showed that lawmakers “actually care about what’s going on with kids.”

“Think about yourself inside of a four-wall box. You go days without showering, you barely eat the food they give you,” he said of his experience. “Once you see yourself, you don’t even look like yourself. You’re a whole different person. … It deteriorates you.”

If you or someone you know needs help, here are a few resources: