From Texas and Louisiana to communities in Iowa and Michigan, the way youth are being detained is prompting calls for change. 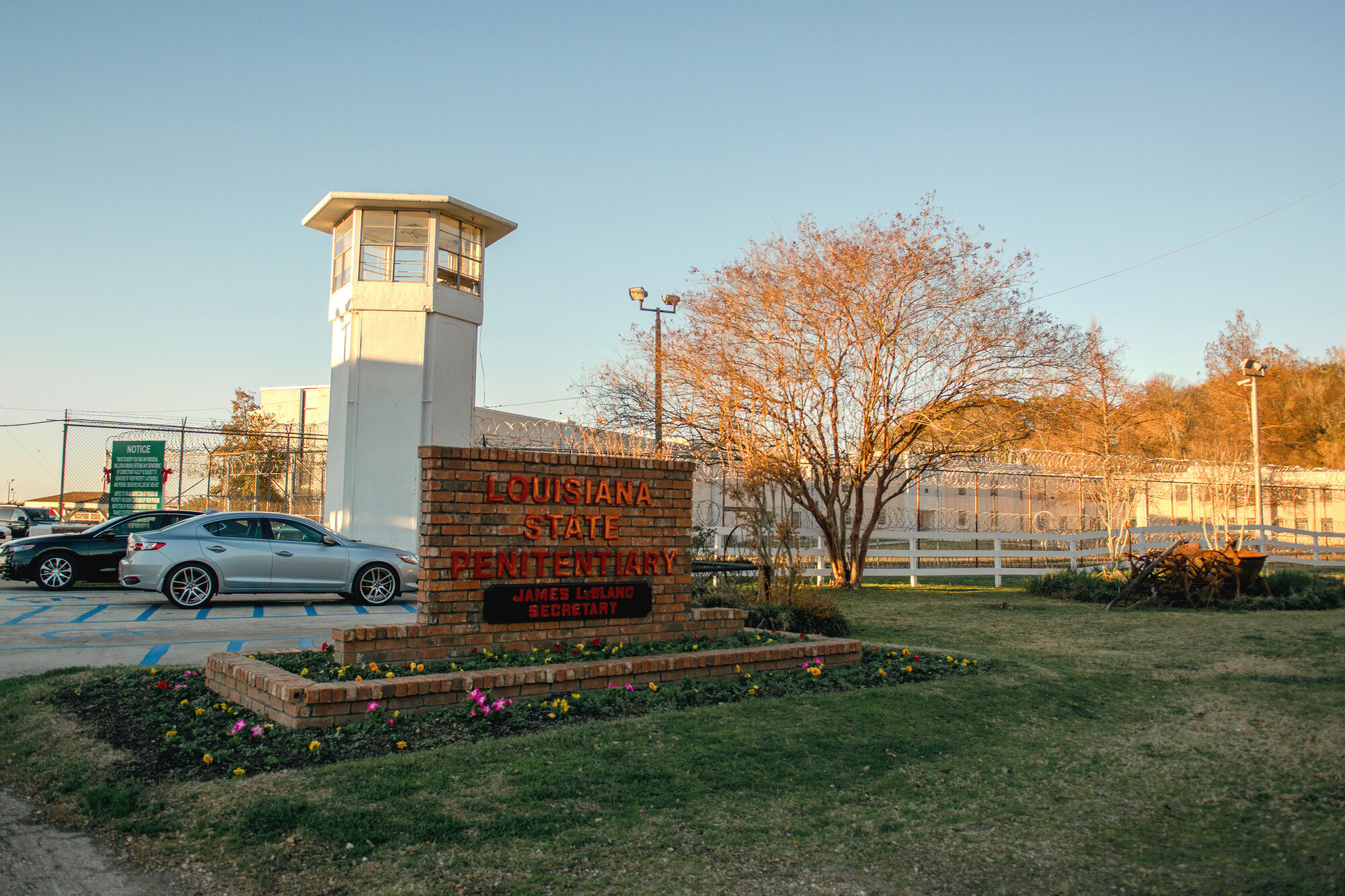 The Louisiana State Penitentiary, known as Angola Prison, in December 2019. Gov. John Bel Edwards ordered the temporary transfer of some young people from a youth center to Angola Prison after a series of escapes and reports of violence. Olivia Perillo for The Marshall Project and The New York Times
By Jamiles Lartey

In Texas, children and teens in the juvenile justice system are routinely locked in cells for all but 30 minutes a day, and nearly half are on suicide watch.

This week, the director of the Texas Juvenile Justice Department, the agency in charge of the state’s five juvenile prisons, told lawmakers the system is on the verge of collapse. The hearing came a week after the Texas Tribune revealed just how dire the situation is for the almost 600 young people in custody. Several youth reported having to use water bottles as makeshift toilets on weekends because there is not enough staff to get them to the bathroom.

The Tribune tells the gutting story of a teen named Keith, whose isolation and desperation in custody led him to numerous attempts at self-harm, requiring hospitalization and surgery at least 12 times. His mother told reporters: “My phone rings and I’m terrified to answer because I’m afraid they’re going to tell me [Keith] didn’t make it this time.”

In many cases, the only way for young people to receive attention or simply get out of their cells is to create a crisis, said the department’s interim executive director Shandra Carter during an agency meeting in June. “They are self-harming because they get to go to the clinic and the infirmary to have contact,” she said.

The agency is under federal investigation over allegations of abuse and neglect. Last month, its officials suspended new admissions.

Officials blame chronic underfunding and a staffing crisis made worse by a tight labor market. Last year, starting pay for detention officers was around $36,200, and those positions saw a turnover rate of more than 70%. A permanent 15% pay raise was adopted last month.

Next door in Louisiana, officials are facing a crisis too, after a series of escapes and reports of violence at the Bridge City Center for Youth near New Orleans. In response, Gov. John Bel Edwards announced that the state would temporarily move some of the young people to the infamous Louisiana State Prison at Angola. One advocate called the move “the worst juvenile justice policy decision probably ever made in modern times.”

Also this week, a state juvenile justice official suggested that prosecutors should consider charging more teenagers with adult crimes, as the teens “may not be a good fit” for the youth system.

Earlier this year, a Marshall Project investigation revealed that dozens of young people had been held under brutal conditions of isolation and deprivation at a quietly-opened facility in St. Martinville, Louisiana. The reporting led to a new state law limiting the solitary confinement of youth.

In a deep historical dive for The Advocate, Jacqueline DeRobertis explains how Louisiana’s system got here, laying most of the blame on the half-hearted implementation of a long-promised therapeutic model for juvenile justice. “There’s still a part of the culture that thinks when kids get in trouble, they need to be locked up,” said a former state supreme court judge.

Louisiana incarcerates far fewer young people than it used to, down six-fold from 2001 to 2020, but those who are locked up remain disproportionately Black. It’s a nationwide trend, and it persists in places with large Black populations, like Louisiana, and in places with much smaller ones, like Iowa’s Scott County. The Nation has this report on how racial disparities in that county’s youth incarceration are driving some of the debate on whether the town should use federal COVID-19 relief money to build a new juvenile detention center. Black youth there are 8.7 times more likely to be incarcerated than their White peers. In Louisiana, it’s about six times more, and nationwide about four times, all according to data from The Sentencing Project.

Meanwhile, as of this summer, there are no girls incarcerated in the state of Hawaii. The number of boys incarcerated in the state is also down significantly. Officials there pin the milestone on a commitment to the kind of therapeutic approach that Louisiana failed to embrace. Still, racial disparities — in this case, the overrepresentation of native Hawaiians — persist amid the reductions.

Lastly, just because vulnerable young people are not being held in a detention center is no guarantee that they are receiving appropriate care. In Detroit last month, a residential treatment center for youth was closed after reports of abuse, including that “a young patient was bitten, choked and taunted to kill herself,” according to documents obtained by the Detroit Free Press. The facility, which was privately operated by a Tennessee company, housed youth “who might otherwise end up in juvenile detention.”

In a statement, the company said it had helped thousands “through serious mental health and substance use issues,” and blamed the increase in troubling incidents on “higher-risk patients” who they’d been pressured to accept.

One mother said children like her son, who has both developmental disabilities and mental health issues, are “just getting thrown away to these awful places.”