Everything You Think You Know About Mass Incarceration Is Wrong

Or at least misleading, says this contrarian scholar. Here’s why it matters.

By Bill Keller and Eli Hager

Critics of the prison-happy American criminal justice system tend to subscribe to a narrative that goes like this: Mass incarceration was ignited by the war on drugs (blame Nixon or Reagan), was pumped up by draconian sentencing and is now sustained by a “prison industrial complex” that puts profit before humane treatment and rehabilitation. John Pfaff, in his provocative new book, “Locked In,” calls this the “Standard Story.” And he challenges every element of that narrative. 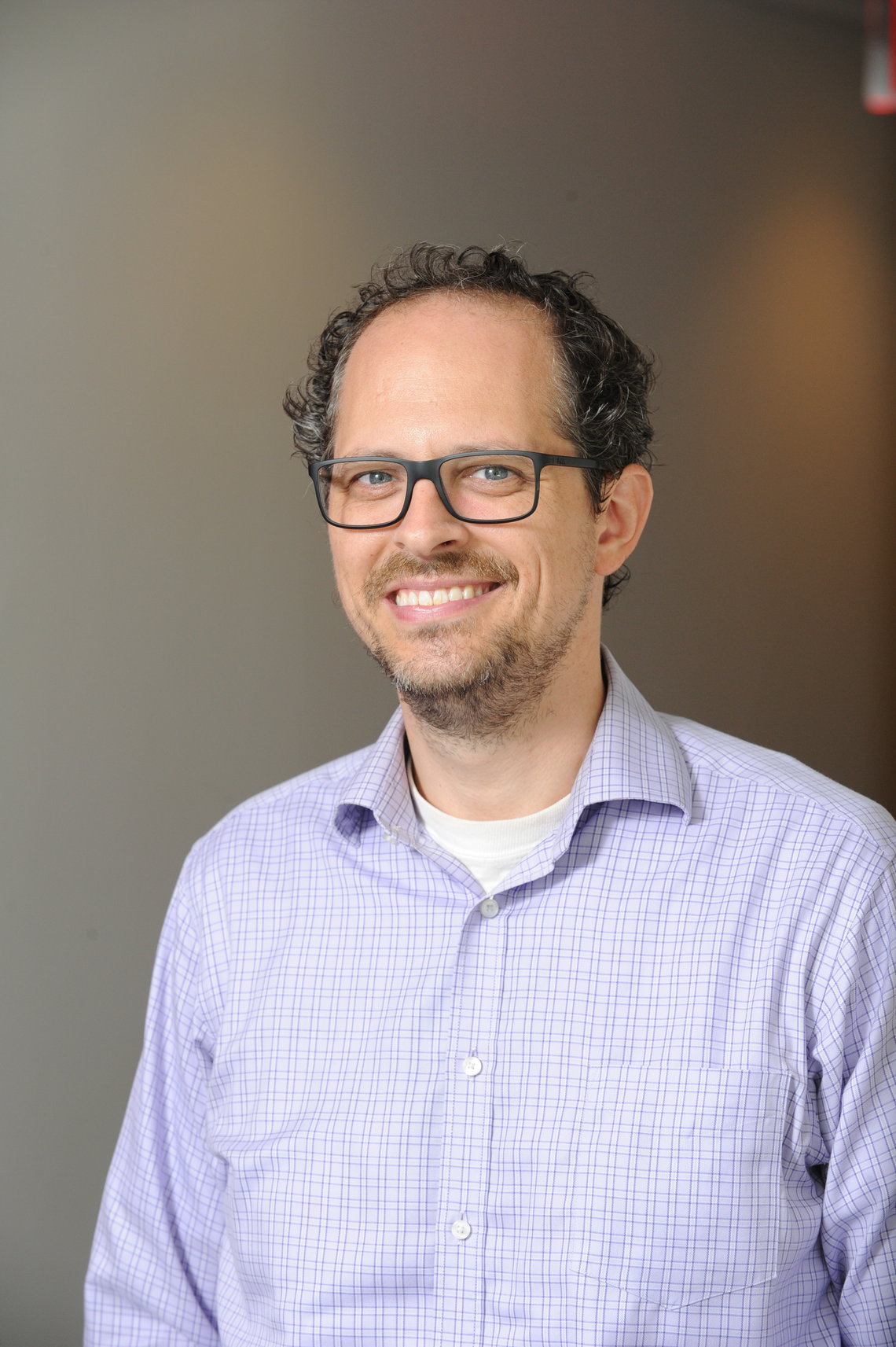 Pfaff brings unusual credentials to the conversation. He is a law professor at Fordham University, but also a University of Chicago-trained economist, fluent in data analysis. He agrees with the pro-reform consensus that America’s incarceration rate, which leads the world, is obscene and socially destructive. He also agrees that we could buy greater safety by investing instead in well-trained police and “noncustodial rehabilitation” such as drug treatment, mental health care and smart probation. But he invites us to rethink our notions about how we got to this state of affairs in the first place, in the hope that doing so will suggest some additional approaches to fixing things. “Most of the reform efforts today,” he says, “are looking in the wrong places.”

Here’s what, in Pfaff’s view, the “Standard Story” gets wrong.

The war on drugs is not the main driver of incarceration rates that have grown fivefold since 1972.

The most influential criminal justice book of this decade, Michelle Alexander’s “The New Jim Crow,” concluded that the war on drugs was central to the curse of mass incarceration. But in Pfaff’s book, he contends the drug war is “important but unequivocally secondary to other factors.” (One of those other factors was an actual rise in crime.) The numbers, he says, debunk the notion that prison populations can be drastically reduced by easing punishment for low-level drug offenses. Only 16 percent of those locked up in state prisons are there for drug crimes, and some of them probably belong there.

We exaggerate the role of drugs, Pfaff suspects, because we focus on federal prisons, where more than half of the inmate population is serving time for drugs. But federal prisons hold less than ten percent of the country’s incarcerated.

Pfaff would still free many of those serving time for drugs, but he believes the focus on drug crimes ducks the more critical — and politically unpalatable — question of how we deal with violent crime. Some reformers have gone so far as to accept harsher minimum sentences for violent offenders as the price of cutting sentences for low-level drug offenders. (That was the gist of a proposed Senate compromise last year.) And since people convicted of violent crimes are the majority, that could mean no net reduction in overall incarceration rates in the long run.

Michelle Alexander, noting that she has not yet read Pfaff’s book, said that such raw incarceration data misses her point about the war on drugs. “Some people get so caught up in the prison data... that they lose sight of the fact that the drug war was a game-changer culturally and politically,” she said in an email. “The declaration and escalation of the War on Drugs marked a moment in our history when a group of people defined by race and class was defined as the ‘enemy.’ A literal war was declared on them, leading to a wave of punitiveness that affected every aspect of our criminal justice system… Counting heads in prisons and jails often obscures that social and political history. It also fails to grasp the significance of the drug war in mobilizing public opinion in support of harsh legislation and policies for all crimes. The drug war corrupted law enforcement by ramping up an ‘us v. them’ war mentality, transforming local police into domestic militaries ... which wound up diverting energy, resources, and attention away from violent crime.”

Pfaff says his differences with Alexander are “mostly semantic.” He concurs with her that “the criminal justice system is driven by and exacerbates racial inequality.”

Overly long sentences are not the main problem.

Most of the criminal justice debate in Congress and at the state level has focused on rigid sentencing rules: mandatory minimum sentences, “truth in sentencing” laws that require offenders to serve at least 85 percent of their original sentence, “three strikes” laws that can send away repeat offenders for decades. It’s true that criminal sentences in the U.S. are much longer than international norms, and, on the books, they have gotten longer. But Pfaff calculates that — while the press has focused on some outrageous exceptions — the time actually served by Americans sent to prison has grown very little. Sentencing reform legislation that does away with mandatory minimum sentences for low-level crimes is, in other words, worth doing, but not game-changing.

The real problem, he says, is not “time served” but rather the sheer rate of admissions into prisons, which have skyrocketed since the 1980s. And that can only be fixed by reining in the day-to-day charging decisions of prosecutors (see below).

The for-profit “prison industrial complex” is not the main problem, either. 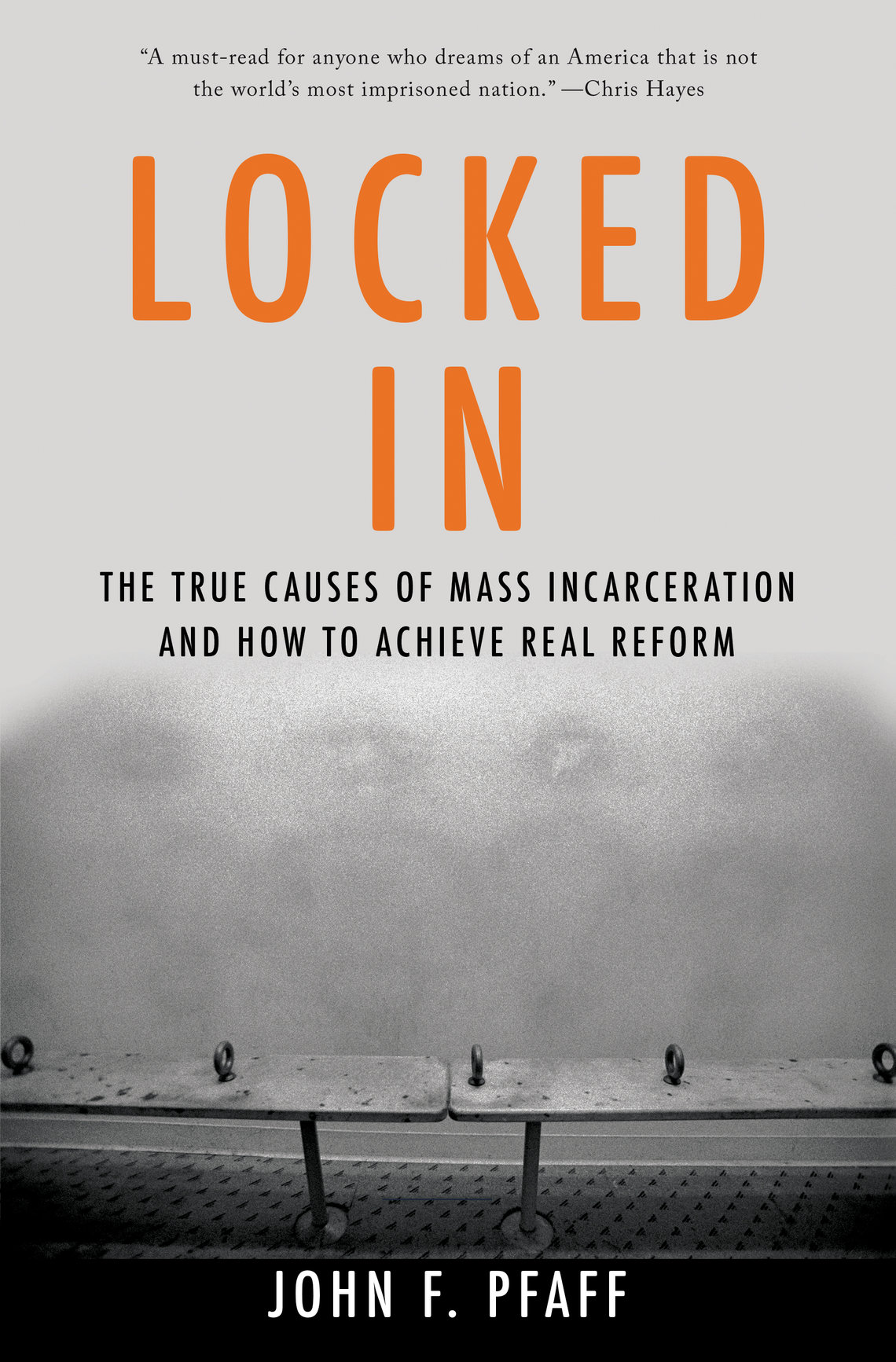 "Locked In" offers Fordam University law professor John Pfaff's surprising take on the significance of prosecutors and the relative insignificance of the war on drugs in explaining "mass incarceration."

For all the attention paid to private prisons and the lobbying efforts of their corporate operators, they house only slightly more than seven percent of state prison inmates, and about 17 percent of the much smaller federal system. Twenty states, including New York and Illinois, have no private prisons at all. To be sure, for-profit companies also run prison cafeterias and health care operations, supply clothing, telephone services, and merchandise for prison commissaries, transport extradited prisoners and otherwise feed off of incarceration. But they are a small factor in driving growth, Pfaff says.

More important factors are powerful prison guard unions defending jobs and wages, and politicians who (usually incorrectly) see the local prison as an economic boon. “Yes, private firms have incentives to maximize the number of prisoners — but so do public sector actors, and they often have stronger incentives to do so, not to mention easier access to the politicians,” Pfaff writes. “In fact, public prisons suffer from every pathology attributed to private prison firms. Every one, and likely in costlier ways.”

Pfaff actually suggests that private prisons could be used to reduce incarceration. The trick is in writing better contracts, which have too often rewarded failure (when a former prisoner comes back, the private prison profits). “Imagine that instead of paying private prisons based on the number of prisoners they held each day, we paid them based on how those prisoners performed upon release,” Pfaff says.

The solution is at the front end, not the back end.

Most reform efforts focus on getting people out of prison by shortening or abolishing minimum sentences, hastening the work of parole boards, awarding “earned time” for good behavior, and the like. Pfaff’s most potent — and perhaps contentious — argument is that reforms should instead focus on bringing fewer felony charges against Americans in the first place. And that means zeroing in on prosecutors.

Pfaff’s major data epiphany was that, during the 1990s and 2000s, as violent crime and arrests for violent crime both declined, the number of felony cases filed in state courts somehow went up. A lot. “In the end, the probability that a prosecutor would file felony charges against an arrestee basically doubled, and that change pushed prison populations up even as crime dropped,” he writes.

Pfaff suggests several explanations for this. There were tens of thousands more prosecutors hired across the country in the 1990s and aughts even after the rising crime of the 1980s had stalled out, and the position of district attorney simultaneously became a more politically powerful one. Prosecutors’ discretion, always great, was expanded by courts and legislatures. And public defenders, stuck at the same or lower levels of funding, have not kept up with the growing caseload.

Reformers have overlooked the role of prosecutors, Pfaff reasons, in part because there is no good data on how they use their discretion, and in part because they are simply less visible; about 95 percent of cases end in plea bargains worked out behind closed doors. "We see the police every day; no one is more high-profile in the criminal justice system,” he said in an interview. “Then we think of the judge imposing the sentence." But prosecutors, and how they work, remain something of a mystery.

Pfaff’s plea, then, is for advocates of reform to look for ways to curb the aggressiveness of prosecutors. He offers a tentative menu of options: establish guidelines for charging and plea bargaining, which New Jersey has already done; make prosecutors pay from their county budgets for the bed space they use in state prisons; and provide more funding for public defenders. And, last but not least, attack public complacency. In 46 states, prosecutors are elected — and 85 percent of them run without opposition. But last year, with money from philanthropist George Soros and energy from Black Lives Matter, insurgent district attorney candidates touting reform prevailed in several cities. And the American Civil Liberties Union has mapped out a three-year plan to increase public scrutiny of prosecutors.

“I think that is already what the movement is shifting towards,” said Udi Ofer, the ACLU’s deputy political director, at a roundtable discussion of Pfaff’s book this week. “John’s book is just going to bolster that.”