Guards smuggle in most contraband, people who live in or work at prisons say. 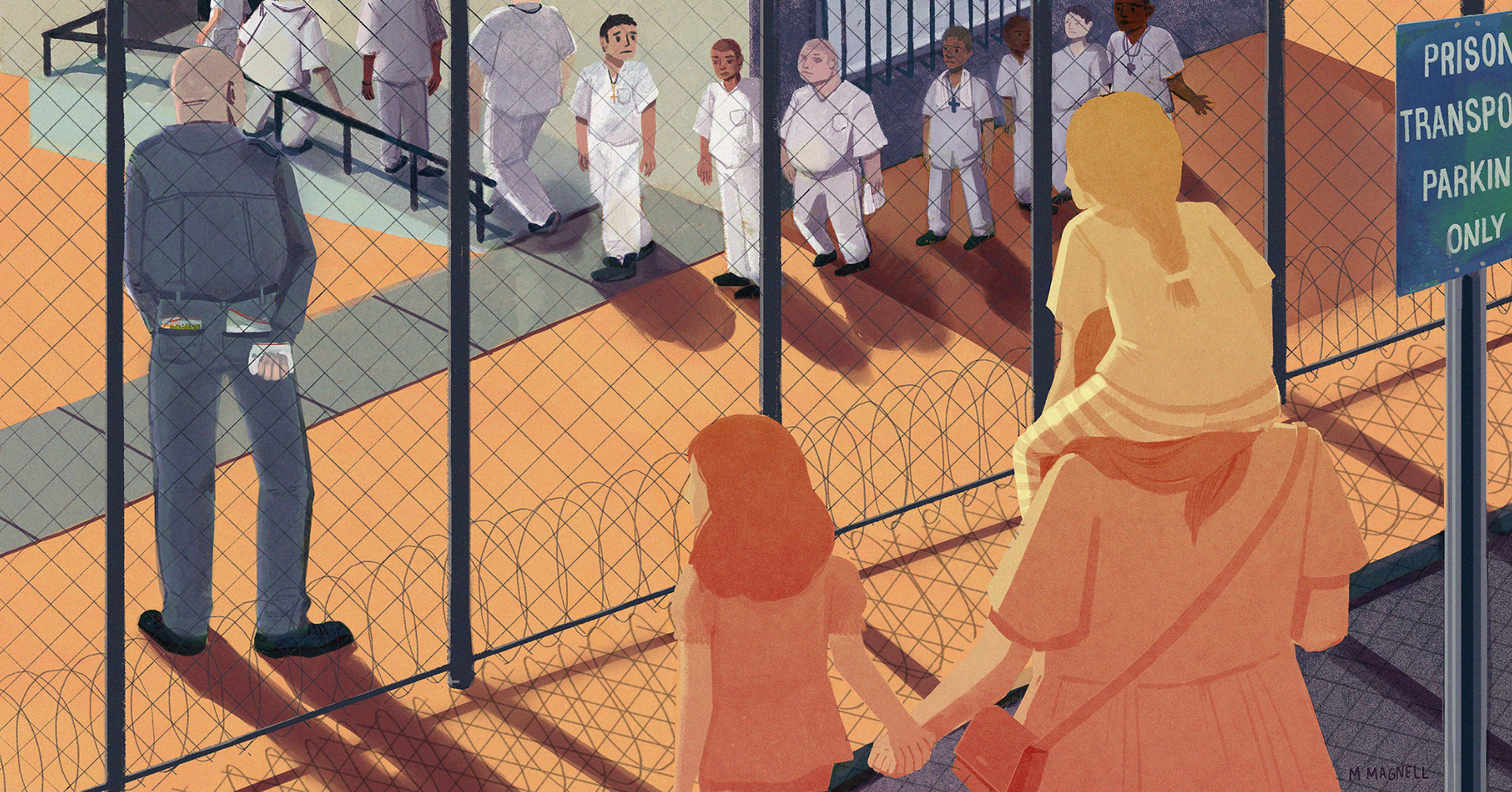 Agency leaders have long blamed prisoners’ friends and families for a constant flow of drugs they say are often smuggled in through visits and greeting cards. To combat this, prison officials in early March set up new rules curtailing prisoner mail. Two weeks later, they shut down visitation to fight the spread of the coronavirus.

Now they could see: Would the changes stop the booming drug trade in Texas lockups?

No, they did not, an investigation by The Texas Tribune and The Marshall Project found. Instead, staff and prisoners say the problem is worse, and agency data show guards are finding just as many drugs and writing up even more prisoners for having them.

The main source of the drugs, according to more than a dozen people who lived or worked in Texas prisons over the past year: low-paid employees in understaffed facilities.

“There’s more drugs than a year ago,” said one officer at a maximum-security unit in West Texas. “They’re finding meth daily — a year ago it was just here and there … It’s so easy to get it in.”

She asked not to be named for fear of retaliation from the prison agency.

Half a dozen other staffers also said that the pandemic has made drug smuggling easier. Officers largely stopped searching each other at the front gate in part because of safety measures, and in part because they are too short-handed to do so anyway.

“The campaign to battle contraband is constantly evolving,” said Jeremy Desel, a spokesman for the Texas Department of Criminal Justice. In a written statement, he cited drones, mail and employees as some of the routes for drugs to enter prisons.

“The vast majority of TDCJ employees are dedicated individuals who strive to uphold agency values,” he added. “Just like any organization, there are those that decide to break with the ranks and not uphold expected values.”

Still, prison officials believe their new program to fight contraband is working. In the last year, Desel said drug-sniffing dogs and staff have stopped more suspicious mail, and fewer prisoners have come up positive in random drug tests. He said people have found new ways around the system, like by pretending mail is from lawyers, blocking prison inspection.

At the Stiles Unit in Beaumont, officials locked down the whole prison to search for contraband in late January, nearly a year after the mailroom restrictions took effect. The searches turned up what prosecutors described as an “unusually large amount of drugs” including K2, cocaine, meth, and items clearly too bulky to mail in — like marijuana, bags of pills, jars of alcohol and 74 cell phones.

So far, prosecutors said, no staff or prisoners have been criminally charged because many of the contraband items turned up in common areas and couldn’t be tied to any one person. But the spokesman for the agency reported that it ousted 15 staff members over the incident, including 12 guards, and that a criminal investigation was ongoing.

Contraband “is going to come in one way or the other, and dirty staff is a big problem,” said Jeff Ormsby, who heads one of the state’s correctional officer unions. He blamed low pay for the situation. Texas prison officers start at a salary of about $36,000; the maximum is less than $45,000.

From shanks to phones to drugs, contraband of all types has been a perennial source of consternation for Texas prison officials. Gov. Rick Perry put 112 prisons on lockdown in 2008 after a man on death row called a state senator from a cell phone he said was smuggled in by a guard. Afterward, the agency bought call jammers and eventually started drug-testing the staff in the hope of cutting down on smuggling.

Shortly before the pandemic halted all prison visitation last March, the prison system rolled out its latest anti-contraband program. Inspect 2 Protect meant more drug-sniffing dogs on visiting days and stricter rules that banned mail except for plain white paper and a few photographs. So no more store-bought greeting cards, no kids’ artwork, no glitter and no glue.

Officials said these rules would make it harder for outsiders to mail in drug-laced paper disguised by thick greeting card stock or elaborate paint. While even a cursory check can block bricks of cocaine from coming in through the mail, detecting paper soaked in liquid K2 or meth could be much harder, they said. In promoting the program, the prison agency said that it flagged roughly 3,500 letters each month in 2019 — about 0.5% of prisoner mail — as having an “uninspectable or suspicious substance.” Since stickers and perfume count as suspicious, too, it’s unclear how much of the mail actually contained drugs.

Though there is little evidence showing whether policies cracking down on mail are effective, prisons in Indiana, Michigan, Nebraska and Utah have all tried some variation of them. In Colorado, prison officials tried banning greeting cards in early 2018, but walked back the policy after a prisoner threatened to sue.

In the year since Texas initiated its anti-contraband program, and without any visits from family or friends, the number of reported drug incidents in prisons stayed steady, and prisoners were disciplined for drugs more often.

Two years ago, officers found drugs in common areas 2,301 times, according to agency data. Last year, that happened 2,297 times even though the number of people incarcerated decreased by about 16%. Prisoners disciplined for drugs increased by 18%, from 1,666 in 2019 to 1,960 in 2020. Over the same period, prison prosecutors said the number of people charged criminally for contraband substances in prison increased by 10%.

For many people living and working behind bars, the numbers confirm what they’ve suspected all along — the persistent contraband problem is driven mostly by staff.

“When visitation stopped and Inspect 2 Protect was in place, why was there still a large number of drugs coming in?” said one man who was released from prison in December. “The majority of stuff comes in through the officers, that’s just the bottom line.”

Half a dozen current and former prisoners cited in this story spoke to reporters on the condition of anonymity for fear of retaliation from agency officials.

Earlier this year, when asked whether the new mail policy had been effective, one prisoner responded by sending photos of small bags of meth ready for sale. Each one, he said, held a “penitentiary gram” — a ChapStick cap full of drugs, worth $75 to $100 in prison.

Another prisoner at a maximum-security unit said the drugs are now so plentiful and the meals so meager that some men have begun trading contraband drugs for extra food.

“I just heard somebody say I've got a peanut butter sandwich for half a stick, which means half a joint,” he wrote, texting earlier this year on a smuggled-in cell phone he said he got from the staff.

Even before the pandemic, guards were regularly able to smuggle in phones — which sell for $800 to $1,500 — and drugs, sometimes hiding them in food, drinks or behind keys to fool metal detectors.

Fears of coronavirus and staff shortages have made smuggling even easier. In the past, "We would go through the metal detectors and we would do a shakedown thing kind of like the airport: you take your shoes off and you're kind of pat-searched," said an officer who worked at a prison on the Gulf Coast. But last year, she said, they stopped doing searches and the contraband problem grew worse, as prisoners openly smoked drugs.

“You would walk in and you could smell it in the air,” she said.

Sometimes officers didn’t need to hide the contraband at all because the prisons were so hard up for workers that they said they couldn’t spare any staff to do the pat-downs.

For much of the past year, the agency has been more than 5,000 officers short, and vacancy levels at several prisons hovered around 50%. The pandemic only worsened matters, sickening more than 45,000 staff and prisoners and killing an estimated 310. At times, several hundred workers were calling out sick, and those who remained didn’t want to get close to each other.

Sometimes, staff can make a few thousand extra dollars a month smuggling in contraband, according to prisoners who’ve paid them. At one unit, one man said guards usually make $1,000 each time they smuggle in a package of contraband — whether it’s cell phones, SIM cards or drugs.

“They become very comfortable with the idea of making an extra $3,000 a month,” he said. “Here’s a phrase we use right here: ‘Hey, are you interested in making a little extra money?’”

Two years ago, TDCJ officials asked the Texas Legislature for $168 million for pay raises to correctional officers and other prison staff to stem the flow of guards leaving and to attract more recruits. Lawmakers gave them half of what they requested. This session, the agency is asking for an extra $114 million to offer higher pay at the chronically understaffed maximum-security units.

The agency is also trying to get money to buy more surveillance cameras, which could help combat what the agency spokesman said were significant drone drop-offs near prison fences. At one unit, he said, officials intercepted a drone-delivered package that included tobacco, K2, pills, 10 cellphones, charging cords, a folding knife and 46 grams of meth. “The introduction of contraband,” Desel wrote, “is a sophisticated criminal enterprise that in many cases is coordinated by known prison gangs operating both inside and outside” of Texas prisons.

State Sen. John Whitmire, a Houston Democrat who leads the Senate’s Criminal Justice Committee, said the continued prevalence of drugs during a yearlong suspension of visitation shows “once and for all it’s not families that are bringing in drugs.”

He blamed prison officials for the persistent drug problems.

“There’s some complacency among most of the stakeholders and it’s just a bad situation,” he said. “I think it’s because they don’t try hard enough.”

This month, after Gov. Greg Abbott eased statewide pandemic restrictions, the prison system opened up visitation again. Officials also announced a slight rollback in the restrictive mail policy. Now, three times a year — around Mother’s Day, Father’s Day and Christmas — prisoners will be able to get cards from their friends and families.

For advocates who have long fought against the argument that families are a large source of the prison drug supply, Texas’ accidental experiment was a success.