The new ruling could worsen existing racial disparities in states that condemn teens to die in prison. 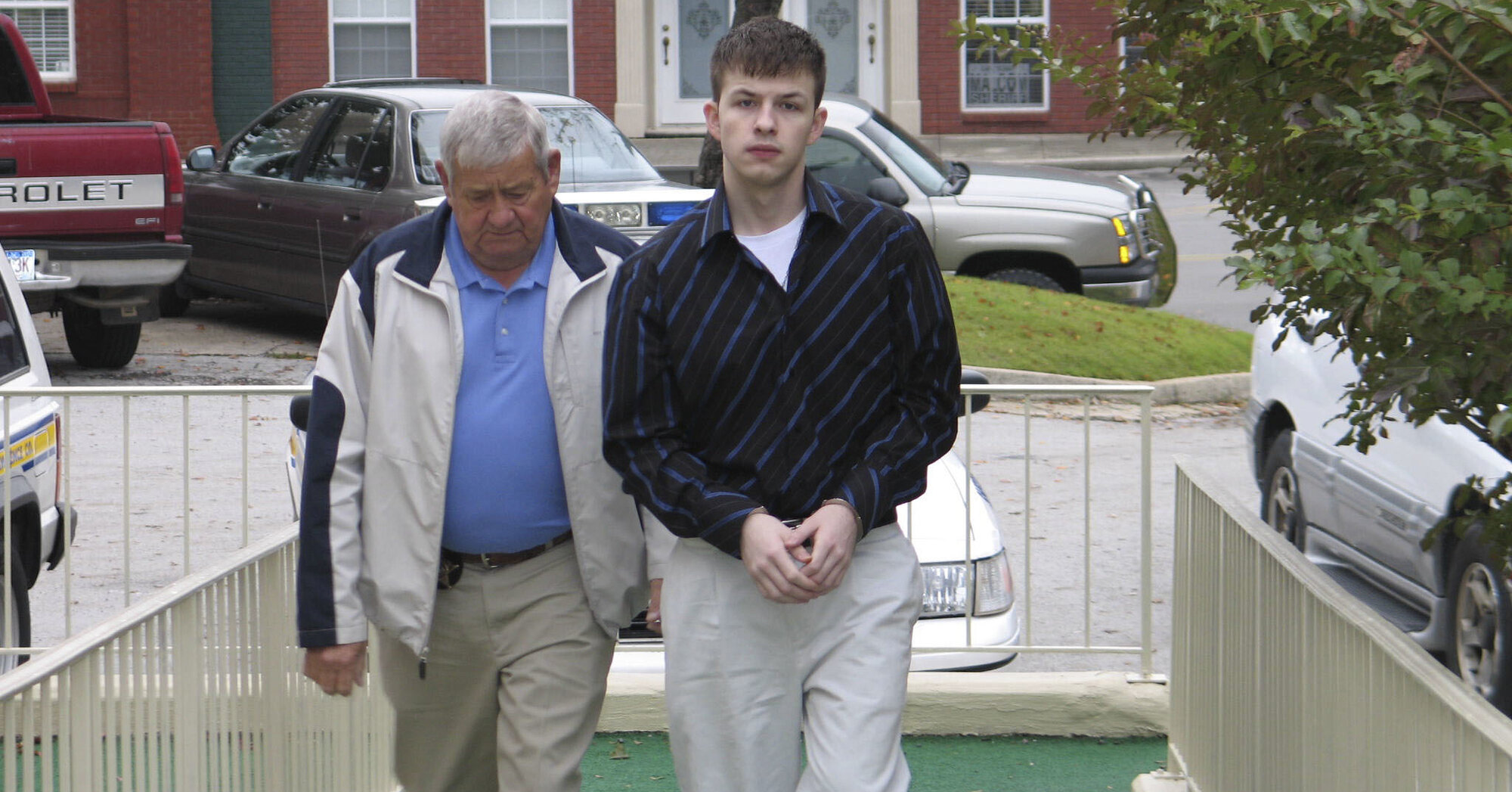 Evan Miller, right, was escorted to the Lawrence County Courthouse in Moulton, Ala., in 2006. In April 2021, he was resentenced to life without parole for the 2003 murder of Cole Cannon. The Decatur Daily, via Associated Press
By Beth Schwartzapfel

For years, the Supreme Court sent a consistent message about kids who commit the most serious crimes: They’re still kids. Their bad decisions are often a product of abusive upbringings and still-developing brains. So they can’t be executed. And they can’t get life without parole unless they kill someone — and even then, “all but the rarest of children” deserve a chance at release.

The decisions ushered in a major change: Thirty-one states and the District of Columbia have now either banned life without parole for juveniles altogether or have no one serving the sentence. Some states have gone even further, curtailing long prison terms for teens, and providing special protections in other contexts, like parole board hearings.

This month, however, the momentum seemed to change direction.

First, the Supreme Court’s new conservative majority issued a ruling that curtailed the impact of Miller v. Alabama, the court’s 2012 decision restricting life without parole for teenagers. Then, Evan Miller, the man whose name became synonymous with more than a thousand juvenile lifers having a chance to go home, was himself resentenced to life in prison without the possibility of parole.

“It feels like a one-two punch,” said Ashley Nellis, a research analyst with the Sentencing Project, a think tank that advocates against life sentences. “We’re in a different era.”

Justice Sonia Sotomayor, in a dissent, said the recent ruling “guts” Miller v. Alabama. But the reality may be more complicated, juvenile justice experts say. Life without parole sentences for youth are concentrated in a minority of states and counties, and most states will likely continue to restrict them. But in states where judges do sentence teens to life without parole, existing disparities of race and geography will widen, experts predict.

In Miller, the Supreme Court stopped short of declaring life without parole unconstitutional for teenagers. Instead, the high court said that a life sentence could not be mandatory. The sentencing judge first had to consider the ways in which the defendant’s age made him less culpable than an adult. That would help identify “the rare juvenile offender” who deserves the sentence — one “whose crime reflects irreparable corruption." Across the country, judges began holding new sentencing hearings for juvenile lifers who had previously been sentenced automatically.

As a result, in many states, the sentence has indeed become rare. Even among states that did not ban the practice entirely, many saw the numbers of youth sentenced to life drop by 40% or more. In 2012, there were some 2600 young people serving life without parole; now the number hovers between 700 and 1200, depending on who is counting and by what metrics. In 2016, when the last holdout states began implementing Miller, Pennsylvania had 541 juvenile lifers, according to data from the Juvenile Law Center, an advocacy group there. Now, the state has six. (60 youth still await resentencing.)

That left a handful of states imposing the vast majority of life without parole sentences on young people, a situation that critics of the practice describe as “justice by geography.”

“The trend line is toward the sentence becoming increasingly isolated to a handful of jurisdictions,” said John Mills, a civil rights attorney who has studied the geographic distribution of these sentences. In 2015, Mills found, just five counties were responsible for a quarter of all the juvenile life without parole sentences nationwide.

“The parallels with the death penalty are striking,” he said.

The death penalty has been falling out of favor so broadly in recent decades that the majority of executions have been produced by just 2% of counties — but with enormous racial disparities, according to the Death Penalty Information Center.

Like life without parole for juveniles, a death sentence cannot be handed down without first considering a defendant’s individual circumstances, the Supreme Court has said. But that can give ample room for judges’ and juries’ biases to emerge. Likewise, the racial disparities in life sentences for juveniles — already starker than in almost any other corner of the justice system, some studies assert — worsened after Miller. Before 2012, about 60% of teenagers sentenced to life without parole were Black. Afterward, that number rose to 72%, according to data compiled by the Campaign for the Fair Sentencing of Youth, a group that opposes the practice.

Now, the most recent Supreme Court case creates more room for discretion. At the heart of that case — Jones v. Mississippi — was the question of how to separate the rare youth who deserve life without parole from those who don’t.

Brett Jones was only 15 when he killed his grandfather during an altercation in their home. “In his short life before the murder, Jones was the victim of violence and neglect that he was too young to escape,” Sotomayor wrote in her dissent. He was beaten with belts, switches, and paddles, and his stepfather called Jones and his brother “little motherfuckers” instead of their names. Jones had abruptly lost access to his psychiatric medications when he was kicked out of his mother’s house and moved in with his grandparents.

After Jones was sentenced a second time to life without parole, he asked the Supreme Court a question that his sentencing judge never answered: Was he “permanently incorrigible?” In order to hand down that sentence, Jones argued, the Miller decision should require the judge to formally determine that Jones was beyond hope — that he could never be rehabilitated. Anyone else, including him, deserved a shot at parole, he argued. 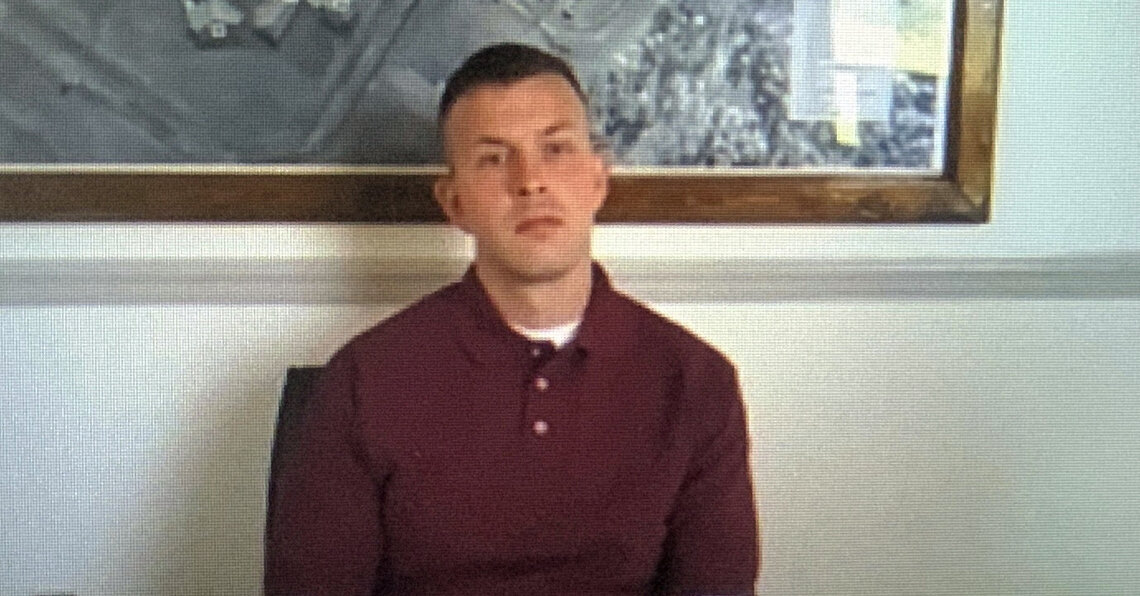 Evan Miller appears via video from prison in St. Clair County, Ala., during a hearing, on Tuesday, April 27, 2021. The judge sentenced Miller to life without the possibility of parole.

In their decision last week, the Supreme Court disagreed. It was enough, the high court said, that the judge had a choice of whether to give Jones a life sentence with or without the possibility of parole. He didn’t need to justify or explain his decision with a “magic-words requirement,” Justice Brett Kavanaugh wrote, referring to the phrase “permanently incorrigible.”

In Miller’s case, his resentencing came four years after an emotional 2017 hearing in which his lawyers argued that he was deserving of a second chance.

Judge Mark Craig systematically went through each of the factors he considered when deciding what to do. State law requires “the least restrictive sanction that is consistent with the protection of the public and the gravity of the crime,” he noted. Miller’s age at the time of the crime — only 14 — should be taken into consideration, the judge said. So should the beatings and neglect he suffered at the hands of his stepfather, and his troubled mental health history, which included multiple suicide attempts, the first when he was just six years old.

But the abuse was “comparably on the lower end of the spectrum,” the judge noted, when weighed against other cases he had seen. “Mr. Miller wasn’t even the worst abused in his household,” the judge said, quoting the testimony of Miller’s sister: “‘He had it better than all the rest.’”

Ultimately, the judge concluded, there is “nothing about his particular actions that naturally derive from his unfortunate circumstances.”

And Miller didn’t seem truly remorseful, Craig said. In his view, “Remorseful individuals stop speaking as though they deserve mercy or second chances,” he said. “They know, and show that they know, that they do not deserve such considerations.”

Whether youth who kill deserve second chances is precisely what the Supreme Court grappled with in Miller’s case. In the vast majority of cases, the answer is yes, the justices said. In its Jones decision, the Court said the local judges, using their discretion, know best how to answer that question. As an increasing number of states forbid life without parole, fewer and fewer local judges will be called upon to use that discretion in the first place.