Reimagining the president's State of the Union speech. 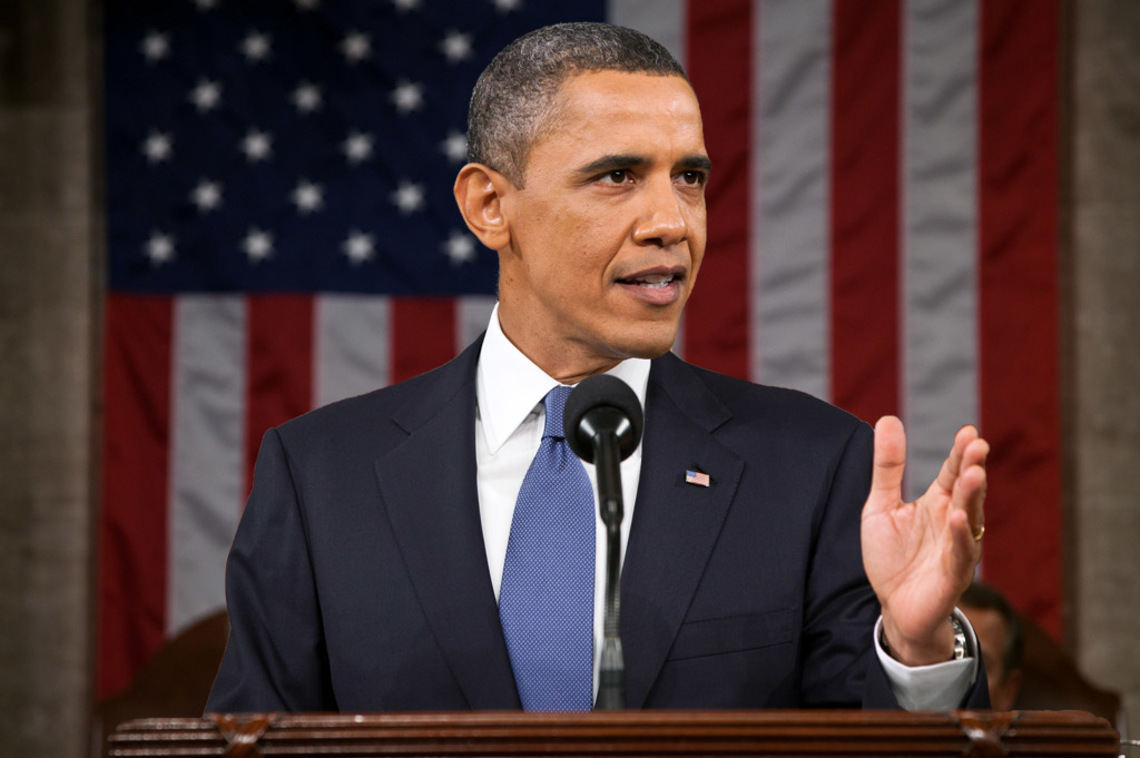 President Barack Obama delivering the State of the Union address in 2011.

After we posted our initial story, a few more criminal justice voices have chimed in on what they’d like to hear tonight from the president. To keep the conversation going, we've included those items here and will continue to update this post throughout the day with any additional and notable State of the Union talking points that might come our way. But for the moment:

President Obama should make clear that his administration will use the power of both the Department of Education and the Department of Justice to end the school-to-prison pipelines for poor children of color that have been built at the local level, and ask Congress to reinstate educational Pell grants for those with convictions. There is no reason why a nation as prosperous, safe, and free as the United States should have the biggest prison population in human history, and our shared goal should be to rid ourselves of that dubious distinction.

President Obama should say: "Last week, New York City officials took the brave and necessary step of banning solitary confinement of any prisoner 21 or younger. I applaud this action, but applause is not a substitute for action. The United Nations Rapporteur on Torture defines solitary confinement of juveniles for any length of time as torture. In an effort to bring America in line with the rest of the civilized world, I have issued an executive order that will put an end to the practice in any facility run by the federal government.

But we cannot stop there. Today, I ask Congress to support a bill that will ban solitary confinement in state facilities as well. Only decisive, bipartisan action can ensure that children sent away to be rehabilitated are not instead subjected to a practice that is particularly damaging, even destructive, to their still-developing minds. It’s time to pass the No Child Locked Alone Act.

When it comes to the State of the Union address tonight, there are a few points that we can expect the president to make about the criminal justice system. The first, as has already been revealed, is his proposal to create new laws against hacking. President Obama will also likely reference (and denounce) the racial disparities of our justice system that generated so much international attention last year following the deaths of Michael Brown in Missouri and Eric Garner in New York. But the rest of his speech, as it relates to criminal justice, anyway, remains a mystery. With that in mind, we asked a group of people who think deeply and regularly about criminal justice to share what they would like President Obama to say. Some even went as far as to write portions of the president’s speech themselves:

President Obama should say: “Nearly two-thirds of our states have now enacted legislation legalizing some form of marijuana use, and Congress just last month legislated that funds made available to the Department of Justice may not be used to prevent these states from implementing their laws that authorize the use, distribution, possession, or cultivation of medical marijuana. Even if Congress is not yet prepared to move forward with reform of federal marijuana laws, it is time for Congress to formalize its respect for state experimentation with marijuana reform by enacting an exemption from federal criminal laws if and when a person is fully and indisputably in compliance with applicable state laws.

In addition, I am tonight announcing the creation of a Marijuana Policy Task Force which shall examine state marijuana reform efforts, identify best practices and make recommendations to me and this Congress for how federal laws and practices should be best modified to respect state law reforms while enhancing the potential benefits, and reducing the potential harms, to public health and welfare from recent marijuana reforms in the States.”

The biggest issue facing our justice system today is our mass incarceration problem. The president has said before that we should enact laws that ensure “our crime policy is not only tough, but also smart.” But tonight, while he has the attention of every member of Congress and the American people, I want to hear the president say that he supports an end to all mandatory minimum sentences, as I do.  Mandatory minimums are costly, unfair, and do not make our country safer. For too long they have served as an easy way to score cheap political points: Want to prove you're tough on crime? Just add another mandatory minimum to the law. No need to bother with evidence that they do not make us safer; they make a nice talking point. That policy fallacy is one of the reasons we have the largest prison population in the world. And why $7 billion – nearly a third of the Justice Department’s budget – goes to the Bureau of Prisons instead of to community policing, victims services, or prison diversion programs that would make us safer and save taxpayers money.

Mr. President, as the first and only union leader to support your run for president outside of the state of Illinois, can you help the men and women that work in the correction field of law enforcement by having a real conversation about dealing with some of the most violent people that we are charged with care, custody, and control over? Some inmates continue to murder correction officers, inmates, and non-uniform members of our departments, and have no regard for law and order. Yet some continue to suggest that placing the most violent inmates in punitive segregation is a form of torture when in fact its for the safety of all.

President Obama should say: “Hundreds of thousands of Americans exiting prison annually are labeled second-class citizens due to the​ barriers that those with criminal records face in obtaining employment, housing, and education​. These barriers can hinder even the most earnest person in their efforts to successfully reenter society and become part of our vibrant economic engine. The Redeem Act, a bipartisan piece of legislation that was introduced in Congress last session, provides some of these Americans with an opportunity to apply for sealing of certain criminal records and removes federal bans on public benefits for those with drug convictions. Enacting this legislation would allow formerly incarcerated Americans a genuine second chance to rebuild their lives and become fully contributing members of society. I urge Congress to show the leadership our country needs in reevaluating and shaping our criminal justice system to ensure that it operates in a fair, just, and efficient manner.”

I would like to hear him say that the time has come for the right to counsel to be more than a goal or an unfunded (or underfunded) mandate. We are not a nation of disposable people. We believe not only in the rights of the individual but the power of redemption. We assume no one is perfect but that everyone has potential.

President Obama should say: "Today's criminal justice systems promote over-policing and over-incarceration, and the federal government sends $4 billion in grants each year to states and cities, largely for law enforcement. Those dollars should fund only what is proven to work and stop funding what is proven to fail. Congress should fund only those evidence-based practices that reduce crime, arrests, needless incarceration, and unreasonable use of force."

One thing I hope people in both parties can agree on is that we need to provide law enforcement with the best, science-based tools to do their jobs well. One way President Obama can help do that is by urging Congress to provide the necessary funding and impetus to conduct scientific research and set standards to validate forensic practices – greatly reducing the number of wrongful convictions caused, at least in part, by unvalidated and improper forensic practices. These standards can also help prevent eyewitness misidentifications, the leading contributor of wrongful convictions, by requiring federal law enforcement officials to use the best practices endorsed in the recent National Academy of Science report on misidentification and giving incentives to the states to do so.

President Obama should say: “In 2014, I launched My Brother's Keeper, an initiative to address persistent gaps faced by young people of color and ensure that all young people are able and willing to reach their full potential. But each year, approximately 200,000 children under the age of 18 are being prosecuted and punished as adults. It is time for the federal government to make juvenile justice a priority again.

Today, I ask the 113th Congress to follow the bipartisan lead of Senator Grassley and the White House to reauthorize the Juvenile Justice Delinquency Prevention Act (JJDPA). We should also restore funding to the Office of Juvenile Justice & Delinquency Prevention. I also ask Congress to work with me to rectify our past mistakes by giving the states financial incentives to reduce, and eventually eliminate, their harmful reliance on prosecuting and punishing juveniles as adults and to develop alternatives to incarceration.”